GEORGES DE LA TOUR’S WORKS: HIS MOST BEAUTIFUL PAINTINGS AND WHERE TO SEE THEM

Georges de La Tour’s works to know in order to discover the real beauty of his art.
In this post I made a list of the most beautiful paintings of the artist who was able to re-elaborate in an original way Caravaggio’s lesson, without imitating him but developing a brand new language.

What does it impress you of Georges de La Tour’s works?
The light trying to pierce the darkness, the silent calm and the mystery of his scenes which seem to be the prelude of events full of emotions. 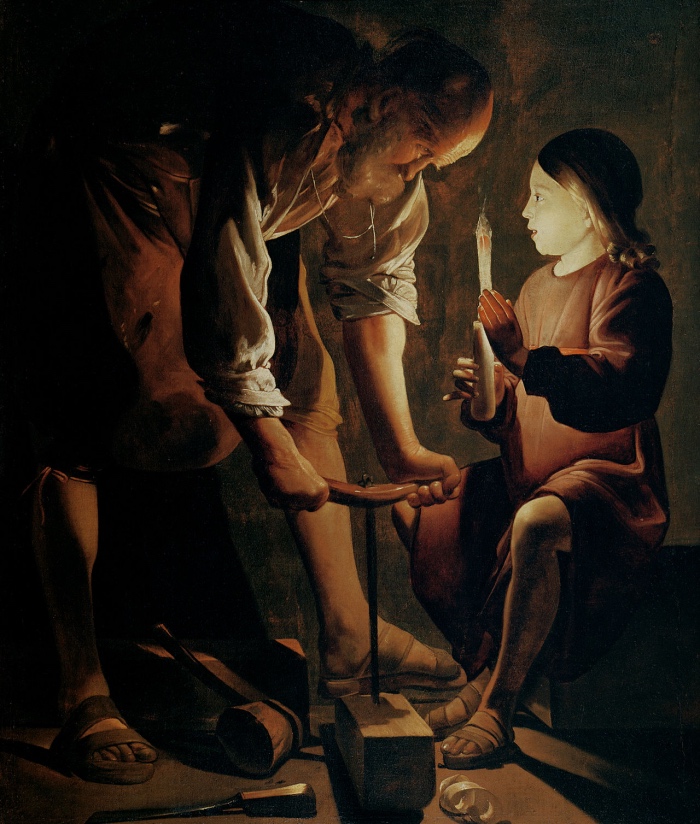 His works were ignored for centuries, but we know that when he was alive Georges de La Tour was famous and his works were sought-after event at the court of France.
Little is known about his life: we don’t know if he saw Caravaggio’s paintings in Italy, but he was able to portray in his works the same theatricality but by adding a dash of poetry.

The painting depicts Saint Joseph while working and his son, Jesus, looking at him holding a candle.
The only light source is that candle indeed which makes the faces and St. Joseph’s work emerge.
Georges de La Tour is very able to portray also the shadows on the child’s suit, on the floor and on the back wall.
The painting was executed in 1642 and today is housed in the Louvre Museum, after the donation made by the English art collector Percy Moore Turner in 1948.

Practically almost all artists have dealt with this subject, and even George de La Tour describes the Adoration of the Shepherds.
The event is that narrated by the Gospel of Luke, when the shepherds go to Bethlehem to admire that child, the Messiah, whose birth was announced by angels.
The whole scene is shrouded by darkness and only the light of a small candle, held by Saint Joseph, allows you to observe what’s happening.
The painting is on display at the Louvre Museum. 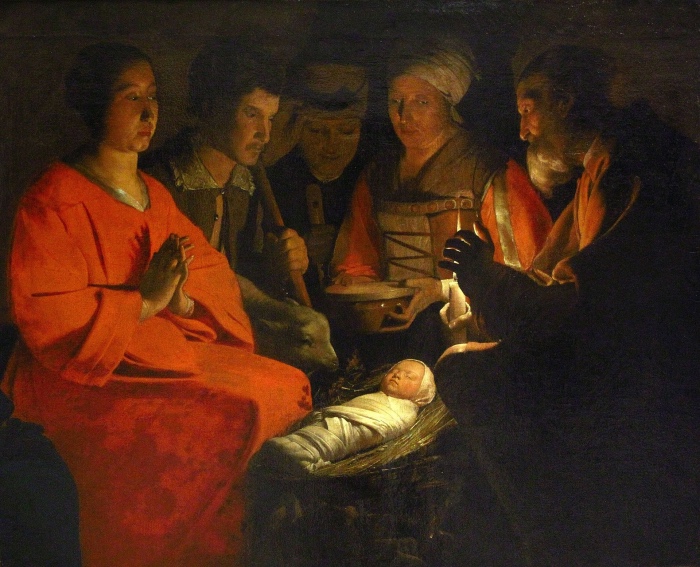 The Penitent Magdalene in a subject depicted many times by Georges de La Tour.
One of the several versions of the subject is housed at the Metropolitan Museum of Art of New York and dates back to between 1625 and 1650; another one dating back to between 1635 and 1640  is on display at the National Gallery of Art of Washington and the painting dating back to 1640 in on exhibition at the Louvre Museum in Paris.
In all versions the only light source allows the spectator to look at the scene and the symbols alluding to the Passion of Christ and the fragility of human life. 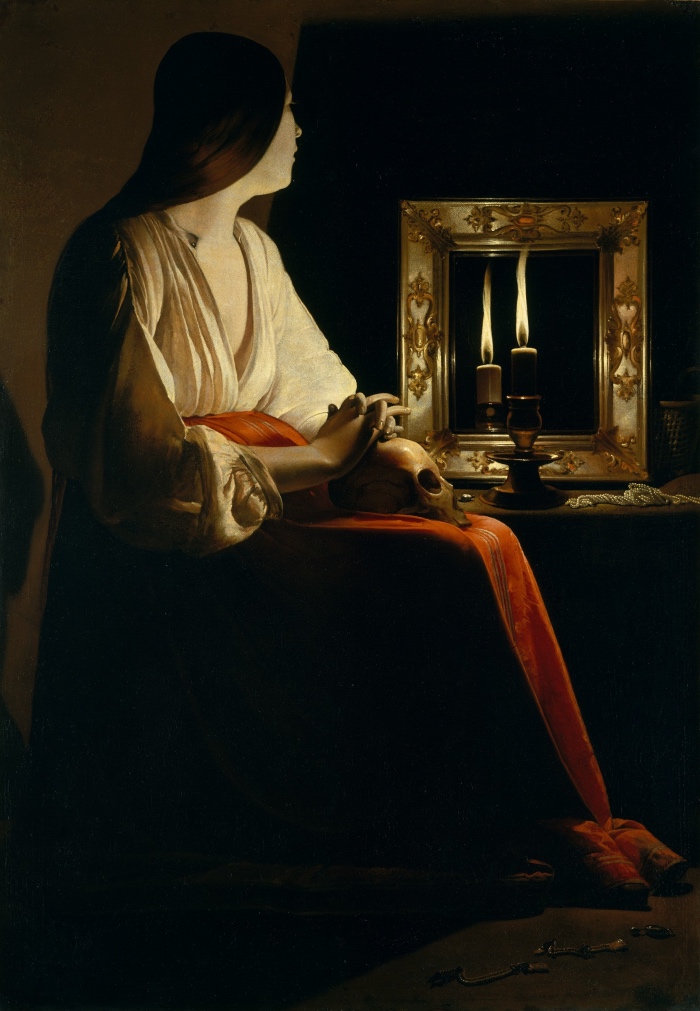 The Newborn Child by Georges de la Tour is housed at the Museum of Fine Art of Rennes, in France.
The reference to the sacred subject has been attributed by scholars, even though some affirm that the artist described a scene of everyday life and that the painting has no reference to the event narrated by the Gospels.
Anyway, the light and intimate and silent atmosphere is almost magical. It’s almost like you have to be in silence in front of this work not to wake the Child.