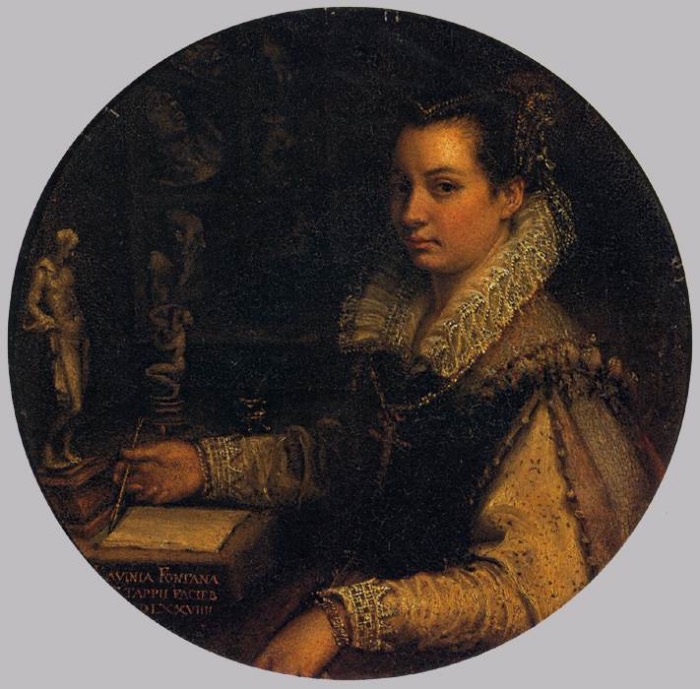 Life and works of Lavinia Fontana was one of the most important Renaissance female artists, who made her way in the art world with the strength of her own talent and hard work.
Daughter of art, Lavinia was a famous and acclaimed portraitist, who dedicated herself also to paint altarpieces and paintings with religious subjects, but what is really important is that she was the first woman in history of art who painted female nudes.

My journey to discover the most important female artists in history, but still little-known, continues.

I started with life and works of female painter Catharina van Hemessen and in this post I’ll talk about the story of Lavinia Fontana.

Life and works of Lavinia Fontana

Lavinia’s father was Prospero Fontana, a painter of historical paintings, who immediately recognized the artistic skills of his only daughter. For this reason he decided to support her, so that Lavinia could improve her skills as best as she could.

In the beginning Prospero Fontana decided to give her daughter drawing and painting lessons, by making her admire and copy sculptures of his private collection of works and ancient casts. This way Lavinia Fontana practiced painting paintings inspired by classical art and she especially practiced depicting female nudes.
A subject considered not suitable for a work created by a woman!

Lavinia Fontana soon became a famous portraitist, and her paintings were famous for realism and wealth of details, especially when depicting clothes, fabrics and hairstyles.
Her style was meticulous, although the faces of the characters appear strict and almost unapproachable, while looking outside the painting and seem to emerge from mostly dark rooms.

In 1580 Lavinia Fontana was commissioned to paint the portrait of Pope Gregory XIII, that allowed her to get in touch with the Roman Curia, and she stood out for her artistic skills.

Her first self-portrait we know dates back to 1577, painted for Saverio Zappi, her future brother-in-law. It is said that the painting draws inspiration from the self-portrait of  Sofonisba Anguissola, another famous female painter I described in a previous post, who painted herself while playing the spinet.
In the background you can clearly see her studio with the easel, and the inscription in the upper-left side reads: “Lavinia the Virgin Daughter of Prospero Fontana depicted herself from a mirror in the year 1577”.

Lavinia Fontana’s marriage didn’t interrupt her artistic career; on the contrary it was her husband Giovan Paolo Zappi to support her with great passion and, in fact, he was her manger, helped her to get many of her commissions and allowed her to reconcile her work with her family. Lavinia, in fact, had 11 children in few years.

Another Pope, Clement VII, asked Lavinia Fontana to move to Rome, to paint the altarpiece “Our Lady with Saint Hyacinth” for the chapel of the church of Santa Sabina. The painting aroused great enthusiasm and allowed the artist to get other commissions to paint other altarpieces and historical paintings.
Lavinia Fontana became the first Renaissance female artist who received important commissions intended for public devotion.

Over the course of her painting career Lavinia painted around 100 paintings, and the payment for one of her works was comparable to the payment of any male artist of her time.

Soon before her death in 1614, Lavinia went through a sort of crisis of faith that led her retire to a convent in 1613 and also on that occasion her husband followed her.
However, before her retirement, the artist did a painting that is considered to be her most significant painting: “Minerva Dressing“ (1613).
The painting, housed in the  Borghese Gallery in Rome, depicts the naked goddess caught in the act of wearing a dress, while she is looking at the observer. 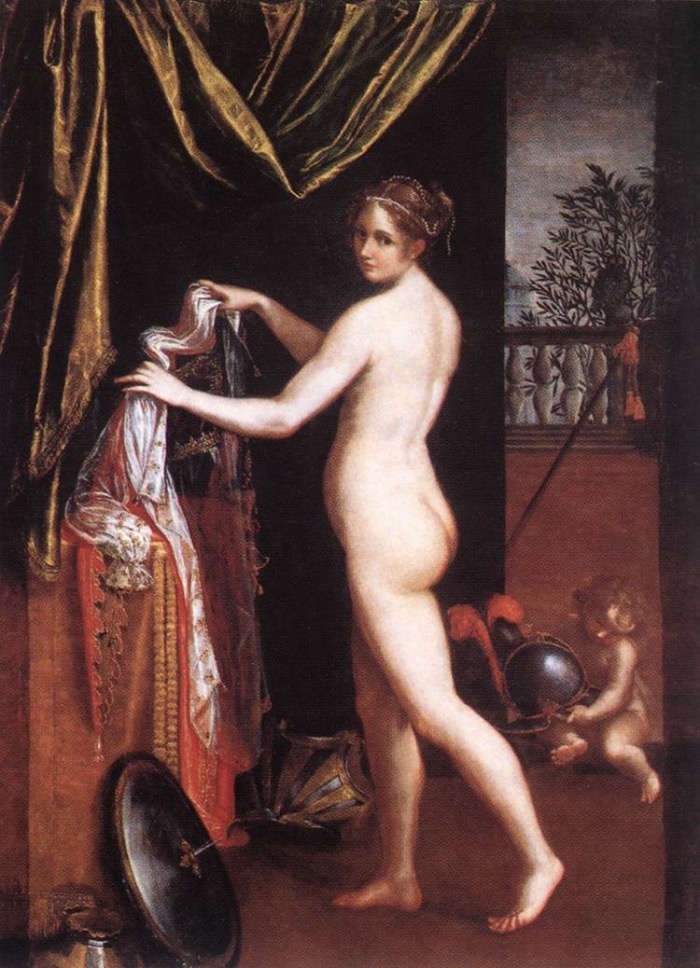 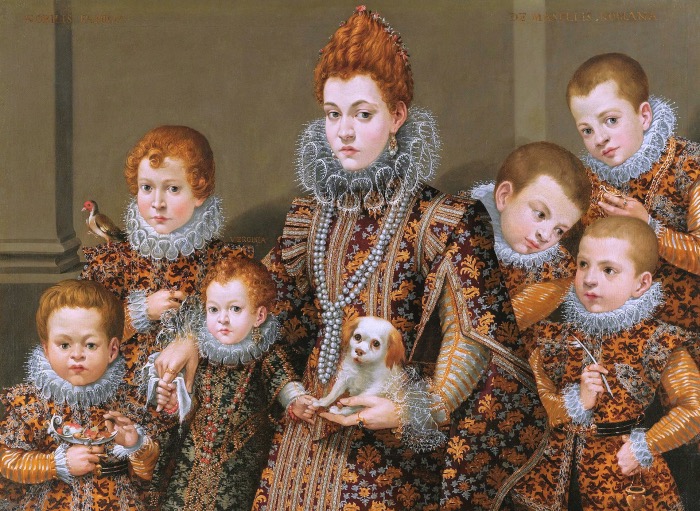