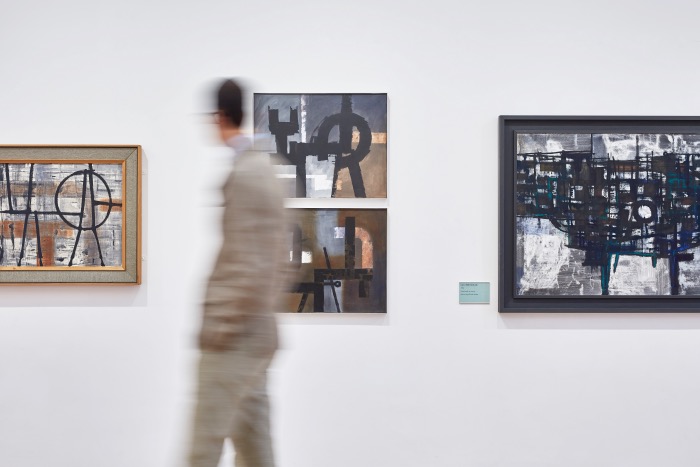 At last Luigi Pericle’s works have definitely found the right place in history of art.
After a long period of time in which no one has heard of Luigi Pericle, now his work has been rediscovered, and events follow one upon the other, so you can admire his works, understand the greatness of his message and draw inspiration from his life.

I visited the London exhibition dedicated to Luigi Pericle and, once again, I was left speechless by the works of this artist who always amazes.

The works of art of Luigi Pericle 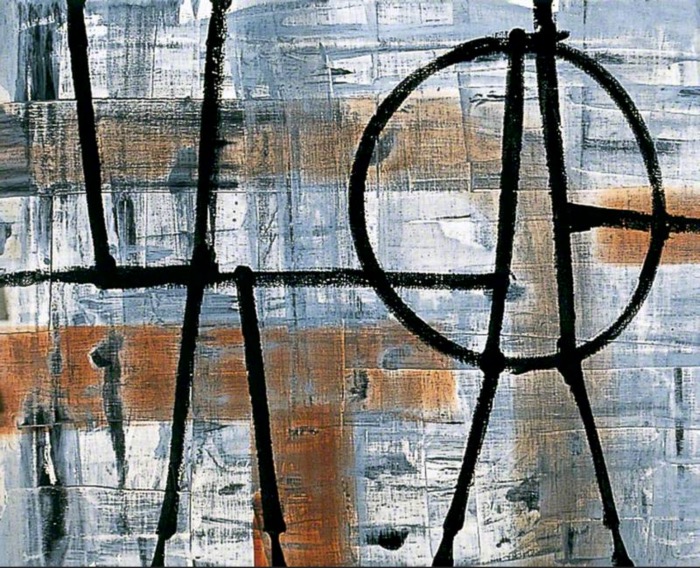 The first retrospective exhibition dedicated to Luigi Pericle in Venice dates back to 2019, and is entitled Luigi Pericle. Beyond the visible. And from that moment on the rediscovery of an artist and his works has become a study and a reflection upon an aspect of the art of the second half of the 20th century: mysticism and esoteric thought in art.

After the exhibition in Venice, in fact, there were the exhibition Luigi Pericle.Ad Astra at the Masi in Lugano, the participation in the exhibition Gribouillage/Scarabocchio. From Leonardo da Vinci to Cy Twombly in Rome and the launch at the Salone Internazionale del Libro in Turin of the volume Luigi Pericle. The rediscovered master, which represents the most complete and updated study on an artist and his one-of-a-kind and original intellectual journey.
The latest exhibition in chronological time is Luigi Pericle: A Rediscovery, arranged at the Estorick Collection in London, which offers a new element to understand his work.

The exhibition at the Estorick Collection in London is, actually, a homecoming more than a rediscovery. In fact, Luigi Pericle was the protagonist of an enthusiastic exhibition season, in the 1960s, interrupted only but his desire to live a life totally devoted to study and art, free from the rules imposed by the art world.

Luigi Pericle, a Swiss artist of Italian origin, was born in 1916 and became a successful illustrator by creating the character Max the Marmot.
He began with figurative painting that he abandoned in 1959 in order to dedicate himself to abstract painting.

He displayed his works only between 1962 and 1965, before retiring to Ascona, on the slopes of Monte Verità, in order to study, meditate, paint, draw and dedicated himself to a deep spiritual research. 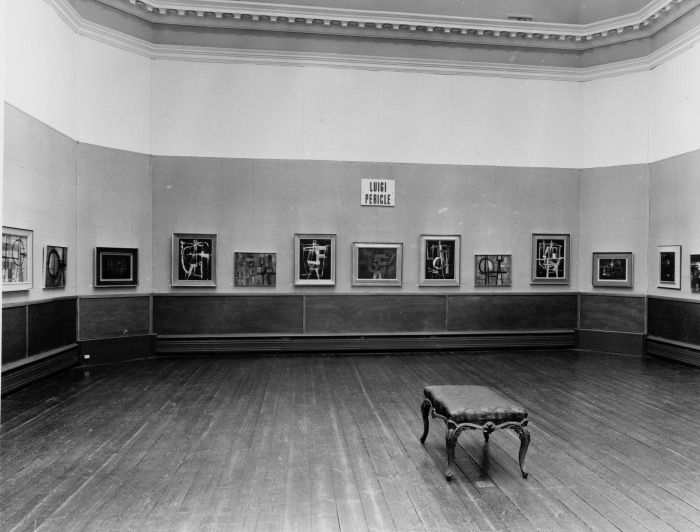 Since 1980 Luigi Pericle devoted himself totally to study and read works of Christian mystics, Oriental masters, he dealt with theosophy, yoga, zen and  dedicated himself to write an unpublished manuscript Bis ans EndederZeiten (“Until the end of times”), which represents a summary of ideas and studies he carried throughout his life. 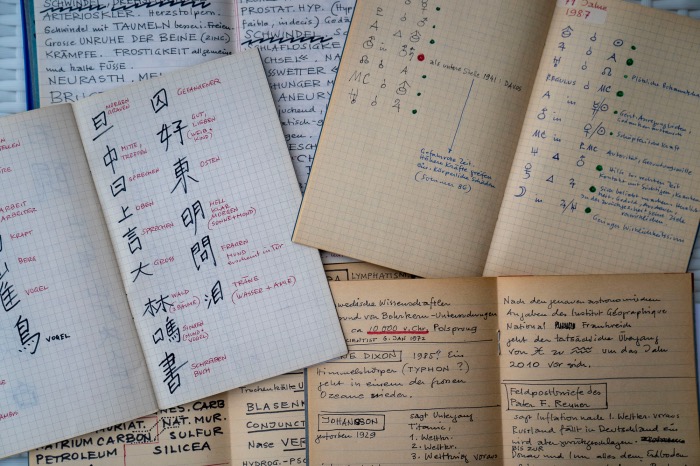 His wide-ranging interests led him to an in-depth study of painting techniques, forms, colours, material, signs; but his research includes also theosophy, alchemy, homeopathy, Ancient Egypt, ufology, mythology, calligraphy and Oriental philosophy.
His figure resembles that of a mystic or a hermit monk, his art is the synthesis of years of study, meditation and deep reflection. 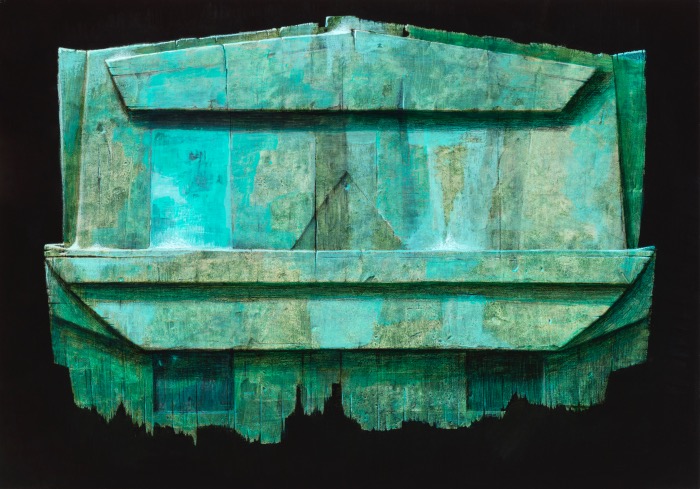 When you look at Luigi Pericle’s works you will be enchanted by his very refined technique.
A flat painting, where forms don’t show something immediately recognizable, but reveal something deeper that only watchful eyes and pure hearts can understand.
His drawings, on the other hand, seem to be pure meditation and looking at them we seem to glimpse visions of distant worlds, of a distant past or an imminent future. 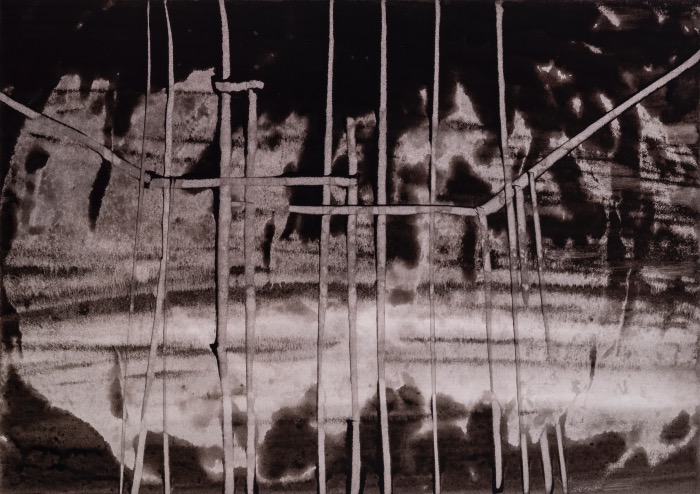 In 2016 finally the rediscovery!
When Greta and Andrea Biasca-Caroni finally crossed the threshold of the artist’s house, which had remained closed for years after his death, they found themselves in front of a treasure.
An unbelievable amount of paintings, works on masonite, many pencils and a series of documents, books and notebooks in which Pericles jotted down thoughts and reflections on what he was studying. 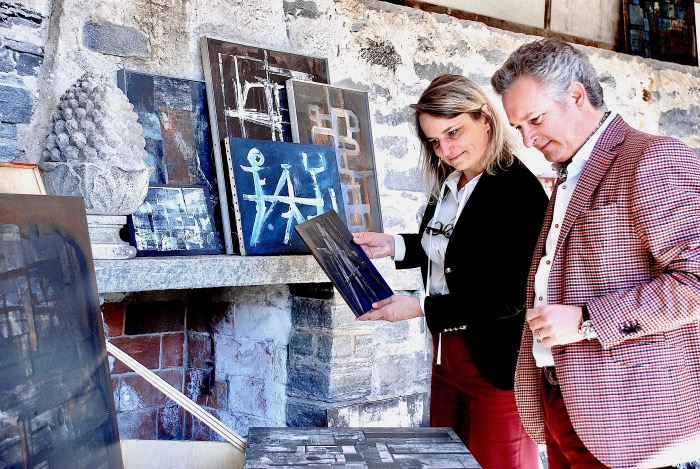 The rediscovery of Luigi Pericle’s works, which reveal an absolutely original thought, obliges scholars and art historians to take the contribute of esoteric thought in contemporary art in consideration, because for too long this aspect Luigi Pericle had in common with other artists has been overlooked.

In the last few years, with International exhibitions dedicated to artists such as HilmaafKlint, to members of the Transcendental Painting Group and  M.K. Čiurlionis, an alternative version of the art of the 20th century has acquired fame and that is profoundly mystic.
Now scholars are tasked with understanding the role played by the esoteric and theosophical thought, ancient knowledge in works of Pericle and other artists who like him developed a mystical thought.
Cultural institutions are tasked with finding a way to promote and give value to these works hiding a deep thought and an alternative worldview.

The task of cultural institutions, such as the Archivio Luigi Pericle, is to find ways to promote and valorise these works that conceal profound thought and an alternative worldview.

BOOKS TO READ TO GET TO KNOW LUIGI PERICLES

Luigi Pericle the rediscovered master – The most comprehensive work on the life. thought and works of a visionary artist.