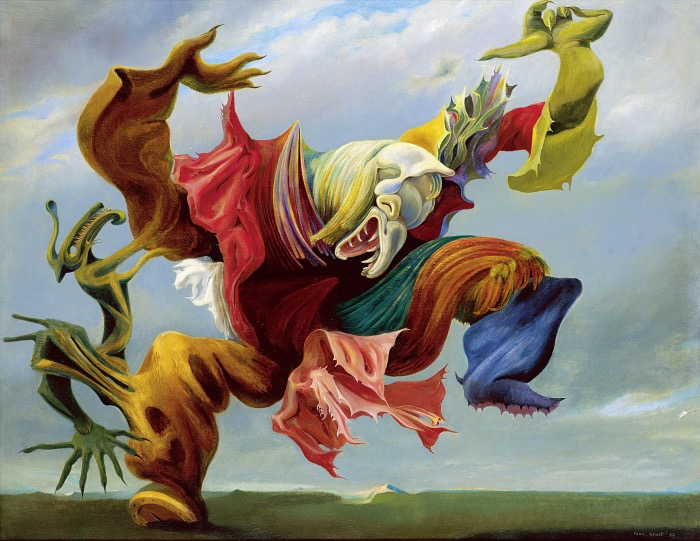 THE MAX ERNST EXHIBITION IN MILAN

The breadth of themes and experimentation in Max Ernst’s work spans seventy years of 20th century history, between Europe and the United States, eluding any definition.
The Max Ernst exhibition in Milan is the first major Italian retrospective dedicated to an artist who was a visionary interpreter of art history, philosophy, science and alchemy.

Max Ernst was to all intents and purposes a humanist in the neo-Renaissance sense, and in this exhibition his works allow us to delve into every aspect of his life and work.

Max Ernst’s adventurous creative parabola is marked by the great historical events of the 20th century and is studded with extraordinary loves and illustrious friendships.
On show in Milan are the artist’s works but also Ernst’s biographical events grouped into 4 major periods, which in turn are subdivided into 9 thematic rooms that open up interdisciplinary approaches to his art.

The Max Ernst exhibition in Milan is a kind of Wunderkammer, a chamber of wonders that challenges visitors to engage in fascinating games of perception, between awe and wonder.

THE SECTIONS OF THE MAX ERNST EXHIBITION IN MILAN

The first two rooms, entitled The Copernican Revolution and Inside the Vision, take us through the first part of Ernst’s life in Germany.
The protagonists are his childhood and formative years, which will be sources of memory and inspiration for the artist’s entire life.
The artist’s life is immediately shaken by the experience of the Great War, which he fights in the first person, compared to a period of death. A terrible experience, but one that is followed by a subsequent return to life with love, a marriage and the birth of his son Jimmy.

The revolutionary advent of Dada and the invention of collage, the first exhibition in France and proto-surrealism mark an intense creative period that prepares for what will come later.

The third and fourth rooms take us into Max Ernst’s private sphere.
The room called The House of Eaubonne presents a reconstruction, supplemented with original fragments, of the frescoed house in which Ernst lived the ménage a trois with Gala and Paul Éluard.
The Eros and Metamorphosis room, on the other hand, features love, friendship and eroticism in his choices and poetics.

The exhibition goes on to recount Ernst’s years in Paris and France, the rise of Surrealism, his second marriage to Marie-Berte and then his love with Leonora Carrington, his deep friendships, exchanges and collaborations with many avant-garde protagonists, his travels and experiments, the advent of the Second World War, and his imprisonment as a ‘degenerate artist’ wanted by the Nazis.

Then came his exile in the United States, organised thanks to the support of his son Jimmy and above all Peggy Guggenheim, whom the artist married for a short time. It is this phase of his life that is recounted in the biography America, 1941-1952, in which his integration into the international scene in New York, his great love and then marriage to Dorothea Tanning, and his move to Sedona, Arizona, to the house built and decorated by the artists, will be decisive.

From the fifth to the seventh room, the important role of nature in Max Ernst’s work emerges.
Nature and landscape are important in the invention of techniques (frottage, grattage, decalcomania and dripping), in the creation of strands of the fantastic and marvellous
that also invest sculpture and jewellery, reflecting a constant dialectical tension between word and image, between spirit and matter.

The return to Europe (1953-1976) is the focus of the narrative in the eighth room number entitled Memory and Wonder, which illustrates how the history of culture and the return of antiquity become sources of inspiration and the subject of Ernst’s marvellous art. An art that has an intimate and conscious relationship with the past and memory.

The last room forces us to turn our gaze to the stars because, in the years leading up to man’s landing on the Moon, art and science dialogue in Ernst’s works, opening up unprecedented views of the cosmos and involving astronomy as much as anthropology, physics as much as pataphysics.
Works, books and films introduce the artist’s extraordinary secret writings, those cryptographies that go beyond codified languages and address those who are capable of unravelling the mysteries of the cosmos and akin to other artists such as Luigi Pericle. 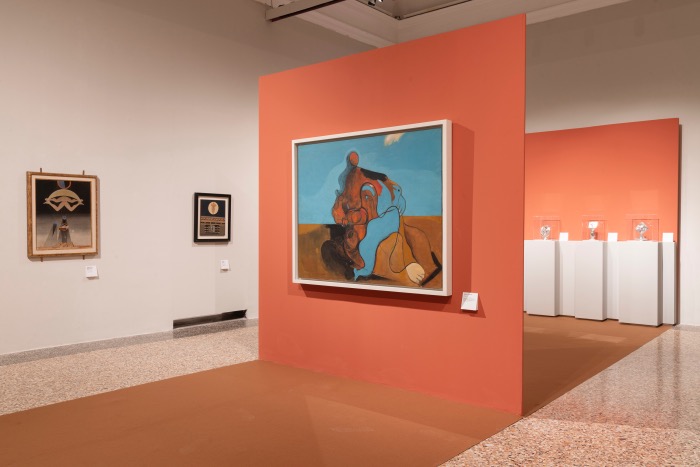 INFORMATION ON THE MAX ERNST EXHIBITION IN MILAN

Max Ernst is the title of the first retrospective exhibition in Italy dedicated to the artist Max Ernst (1891-1976), German painter, sculptor, poet and art theorist, later naturalised American and French.
The exhibition, promoted and produced by Comune di Milano-Cultura and Palazzo Reale with Electa, in collaboration with Madeinart, is curated by Martina Mazzotta and Jürgen Pech. 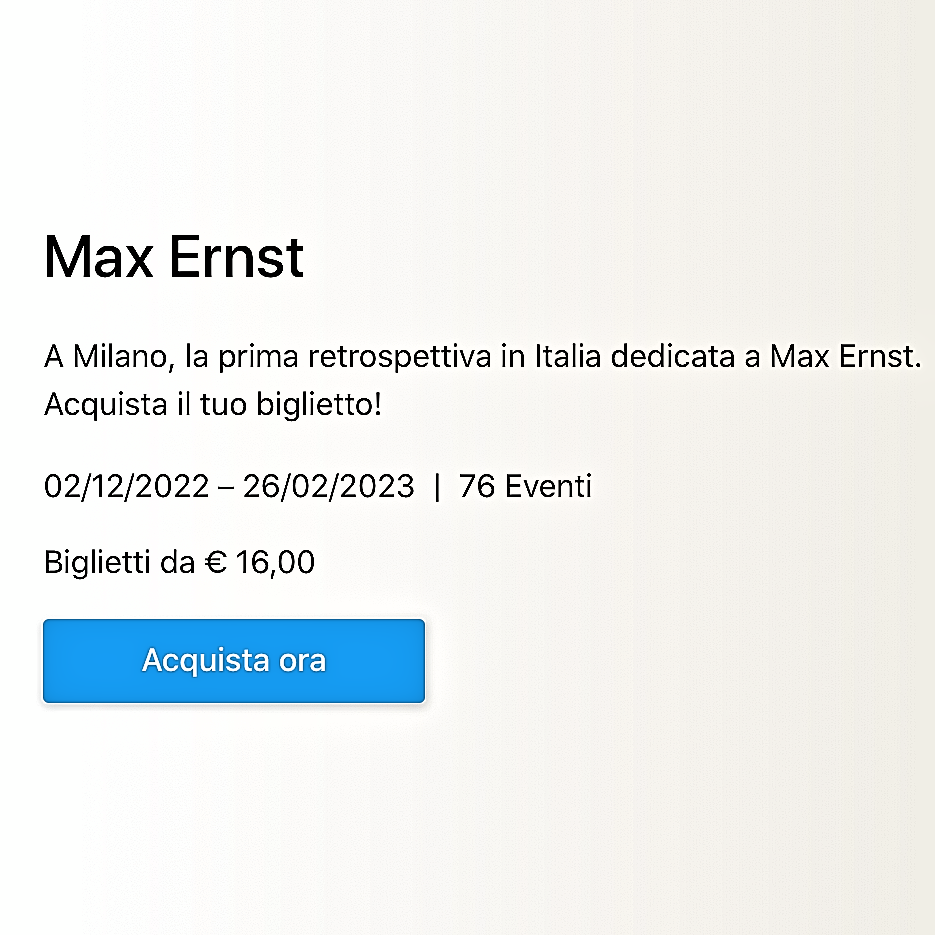 Over 400 works on display including paintings, sculptures, drawings, collages, photographs, jewellery and illustrated books from museums, foundations and private collections in Italy and abroad. Among them: the GAM in Turin, the Peggy Guggenheim Collection and the Ca’ Pesaro Museum in Venice, the Tate Gallery in London, the Centre Pompidou in Paris, the Cantini Museum in Marseilles, the State Museums and the Arp Foundation in Berlin, the Beyeler Foundation in Basel, the Thyssen-Bornemisza National Museum in Madrid.