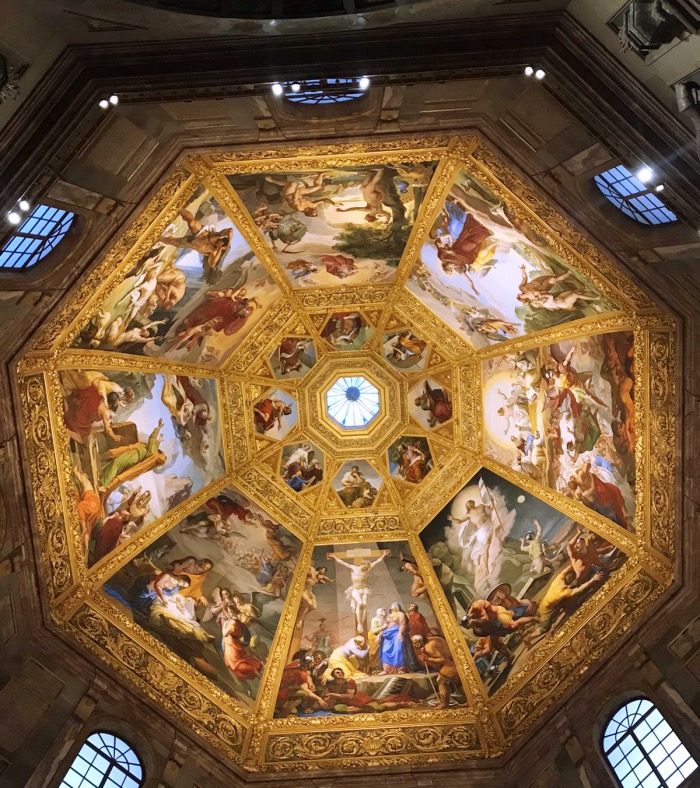 THE MEDICI CHAPELS TICKETS, WHERE THEY ARE, WHAT TO SEE, TICKETS

Medici Chapels where they are and what to see in one of the places which is the symbol of Italian Renaissance?
In this post you’ll find all information, curious facts and tickets to visit Medici Chapels, an unmissable place for art lovers.

Medici Chapels where they are, what to see, tickets

MEDICI CHAPELS WHERE THEY ARE

The Medici Chapels are located in Florence, in the museum complex of the Basilica of San Lorenzo.
The Medici family carried out maintenance works, renovation and decoration of the Church since the first half of the 15th century, until they transformed into the mausoleum of the family.

It was Giovanni de’ Bicci de’ Medici (1360-1429) the first who was buried together with his wife in the small Sacristy, designed by Brunelleschi.

MEDICI CHAPELS WHAT TO SEE

The impressive building project for a tomb for the Medici family dates back to the 16th century and consists of the Cappella dei Principi (Chapel of the Princes) and the Sagrestia Nuova (New Sacristy).

As soon as you enter you are immediately in the Crypt, planned by Buontalenti, with four recesses housing the remains of some less famous members of the Medici family.
The Cappella dei Principi, about 60 meters high, 30 meters wide and placed at the rear of the apse of the Basilica of San Lorenzo, is the large mausoleum of the Medici family.
The building of the Chapel lasted for centuries.

From a corridor you enter the Sagrestia Nuova, the room designed and decorated by Michelangelo on commission from Pope Leo X. The artist dedicated himself to the project since 1520 and still today, in this room, you can find some of the most famous Michelangelo’s works.

The Medici Chapels are the symbol of the Florentine Renaissance.
Inside you can admire the wonderful sculptures of Michelangelo and you can pay homage to 49 members of the Medici family.

To visit the Medici Chapels it is advisable to book the entrance in advance.

If you want to visit the Medici Chapels with a guided tour, you can book the The Medicis: Walking Tour.
With this tour you can get to know one of the most important families in Florence and you will be able to see the places where they lived. 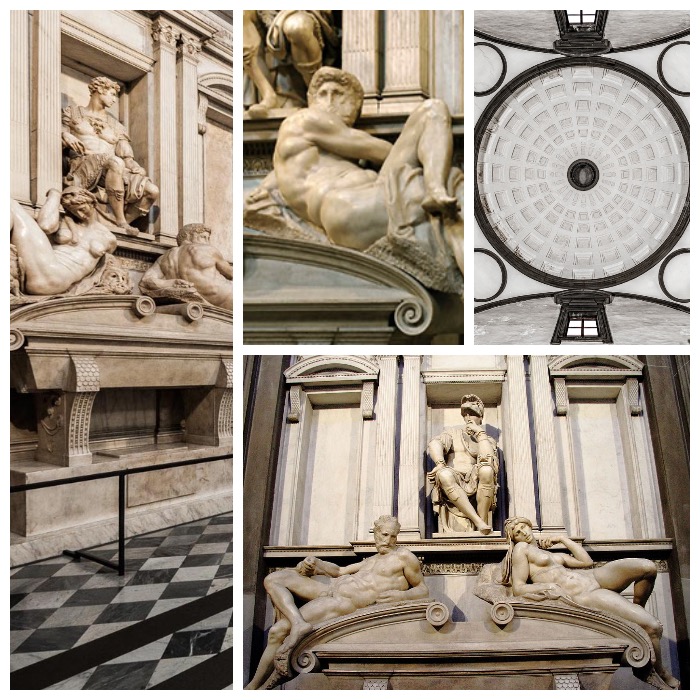 It was Cosimo, first Gran Duke of Tuscany, who conceived the project of the Cappella dei Principi in the mid -16th century, but the works began in the early 17th century under Ferdinando I.
By will of Ferdinando I the most precious stones at the time were collected and worked to create thin slabs and inlays. A hard work finished by the last member of the Medici family, Anna Maria Luisa de’ Medici, who built the large dome, similar to Florence Cathedral’s.

In 1976 several drawings and sketches were discovered in a small space between the apse and the sacristies of the Church.
56 drawings showing legs, feet, heads and faces which are maybe linked to the statues and the construction of the Sagrestia Nuova.

On the morning of November 4th 1999 an unexpected noise drew the attention of the custodians of the Medici Chapels Museum: on the floor of the Cappella dei Principi they found the fragments of a marble slab of the weight of around 40 kilos.
The marble slab had fallen from the key of the arch at a height of 20 meters, and after that episode the Medici Chapels underwent a restoration which lasted around 20 years. 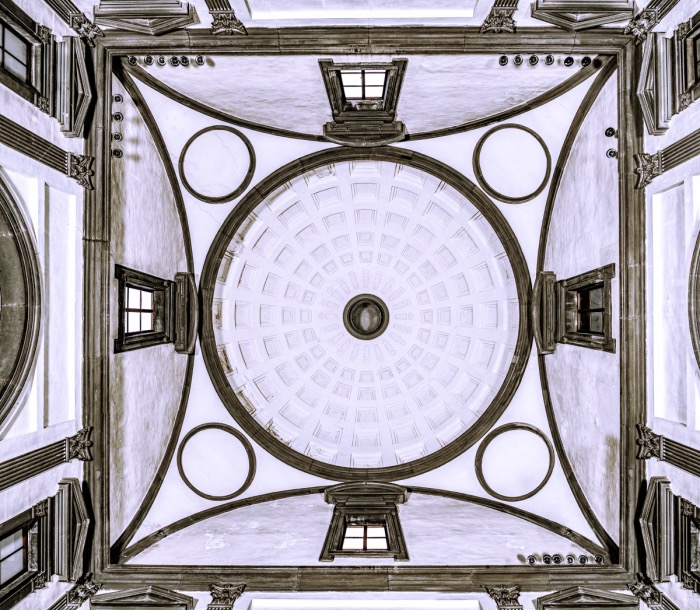