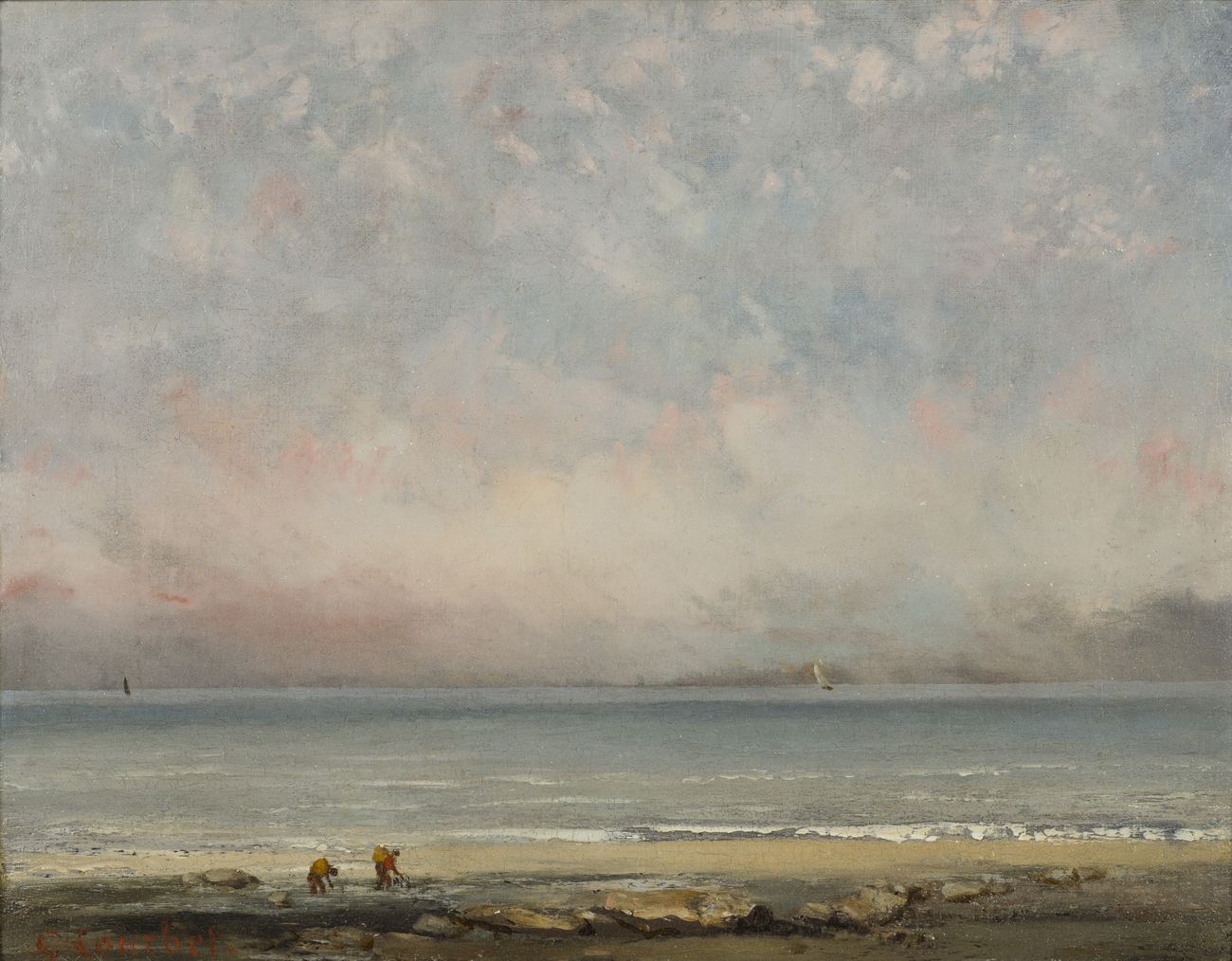 MONET AND THE IMPRESSIONISTS IN NORMANDY

In Normandy, Monet and the Impressionists experimented with techniques to depict the landscape as it is. Inspired by a magical place, they found the inspiration that would change the course of art history forever, acquiring the ability to depict clear skies and threatening clouds, sparkling water and verdant valleys on canvas.

Normandy was the birthplace of Impressionism and in this post, I will show you the works of artists who, surrounded by a nature of intense colours and sparkling landscapes, made Normandy the perfect place to make art.

Monet and the Impressionists in Normandy 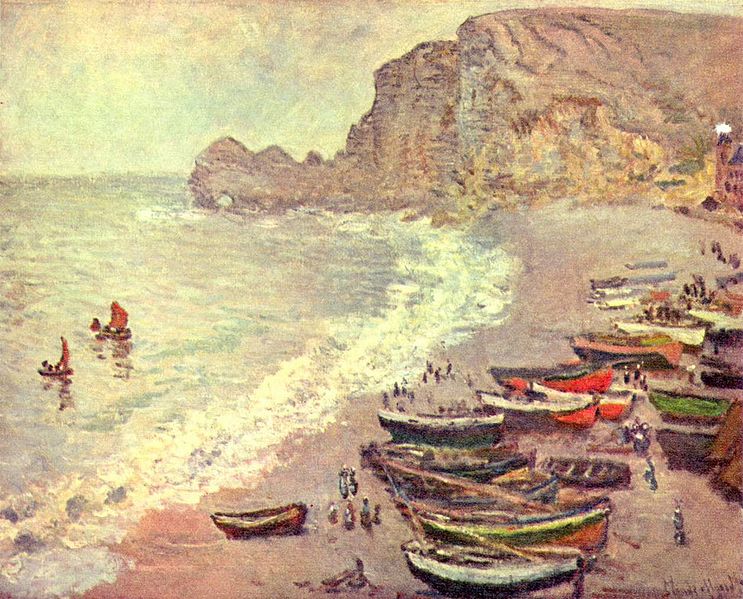 It was the Englishmen Turner and Parkes who first came to Normandy and began to immerse themselves in its landscapes, painting them on canvas.
The works of these artists can be considered the beginning of a path that led to the artistic experience of the Impressionist movement.

The works of Turner and Parkes showed the way for French painters because they saw in the colours and light of Normandy the possibility of translating the truth of nature. The power of
nature presented itself to artists at its fullest potential, enhancing the senses and the visual experience.

Places such as Dieppe, the Seine estuary, Le Havre, Trouville beach, the coast from Honfleur to Deauville, the port of Fécamp, represented in many works, became a source of powerful artistic expression, where the microcosms generated by the wind, the sea and the mist had a physical, intense and expressive personality, which the French painters came to grasp by painting “en plein air“, thus giving rise to the Impressionist movement.

The colours and shades, the sea, the earth, the sky, the wind and the fog of Normandy became the protagonists of the Impressionists’ works.
Even today, looking at these works is like taking a visual journey that is both reflective and emotionally charged.

THE WORKS OF MONET AND THE IMPRESSIONISTS IN NORMANDY

Normandy is painted with its landscapes but also with the sensations it offers and its most significant characteristics: sometimes it appears as a desolate place where boats can rest after a long voyage (“Boats on the beach of Étretat” by Monet – 1884), in other cases as a stormy sea, breaking against the rocks (“Marina, mare grosso” by G. Courbet – 1871), sometimes it seems like a place to watch fishermen at work and washerwomen intent on their chores, sometimes it is a pleasant place to simply admire nature (“Falesie sulla spiaggia d’Étretat” by G. Courbet – 1871). Courbet – 1871), other times it looks like a place to watch the fishermen at work and the laundresses at their chores, on some occasions it is a pleasant place to simply admire nature (Crags at Dieppe by Delacroix– 1834 , The beach at Trouville by Courbet –1865 , Camille on the beach by Monet –1870, Sunset, view of Guernesey by Renoir – 1893). 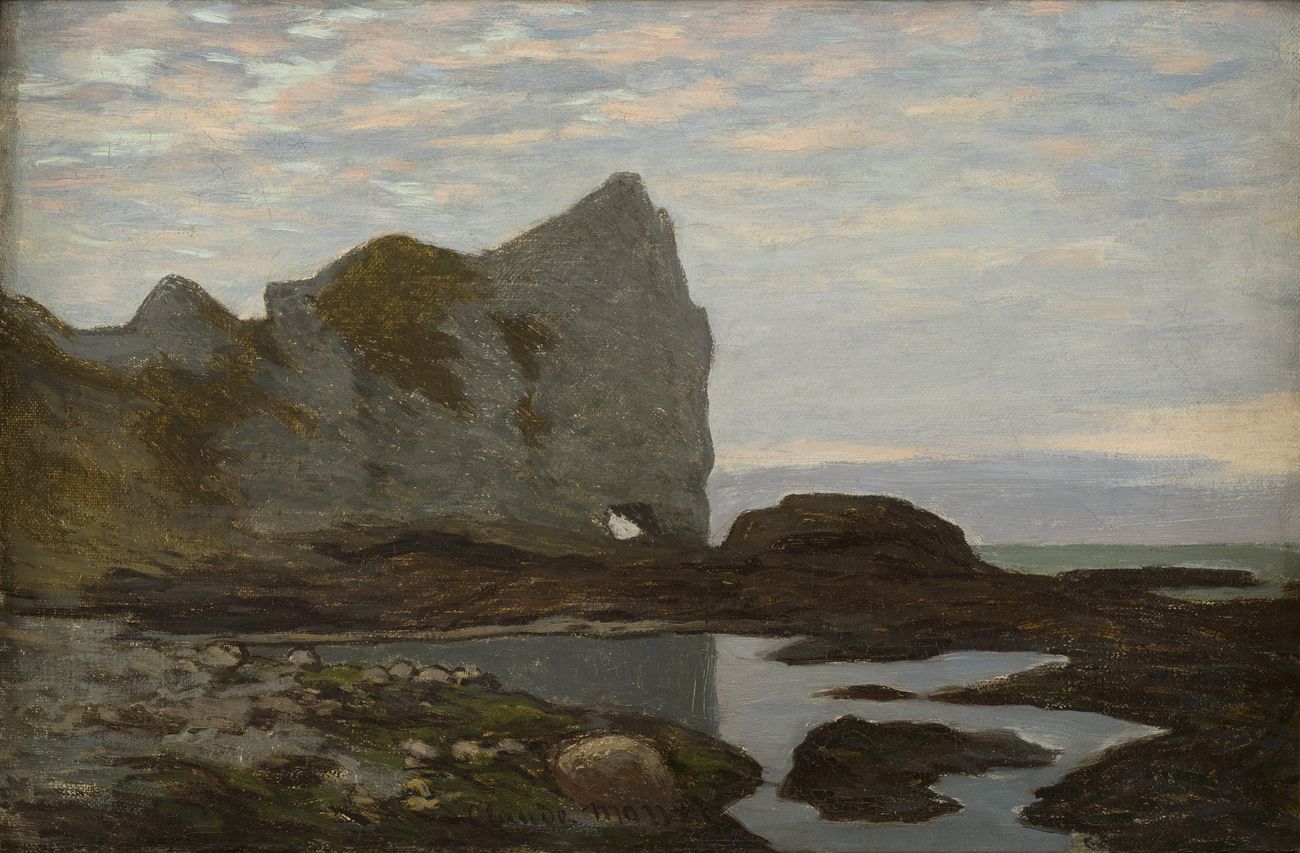 MONET AND THE IMPRESSIONISTS IN NORMANDY: AN EXHIBITION IN TRIESTE

From 4 February 2022 at the Museo Revoltella in Trieste, over 70 works trace the path of the Impressionist movement and its close links with Normandy.

The exhibition ‘Monet and the Impressionists in Normandy‘, which traces the most important stages of the artistic movement, mainly displays works from the Peindre en Normandie Collection, but also includes works from the Musée Marmottan Monet in Paris, the Belvedere in Vienna, the Musée Eugène-Boudin in Honfleur and private collections.