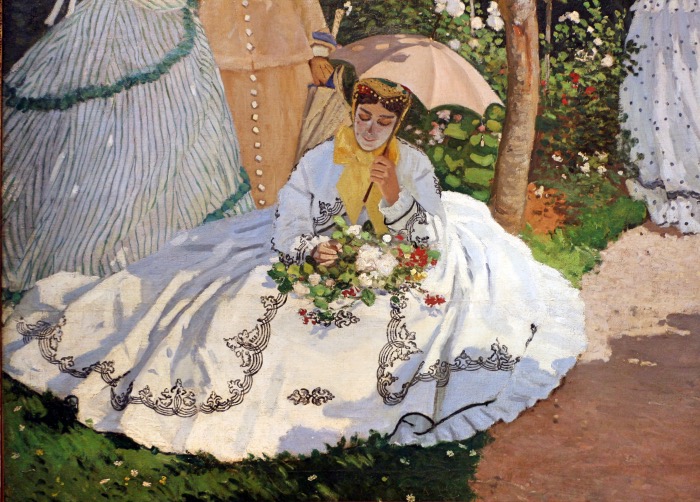 MONET’S WORKS: THE MOST BEAUTIFUL ONES AND WHERE TO ADMIRE THEM

Monet’s works and masterpieces you should know to understand the master of Impressionism.

Monet was the artist of Impressionism and of the “plein air” painting: his studio was flowery  meadows, sunny landscapes, and his home garden.
He studied for years reflections on the water, lights on the surfaces and feelings the nature arouses.
In this post you’ll find Monet’s most beautiful works.

MONET’S WORKS: THE MOST BEAUTIFUL ONES AND WHERE TO ADMIRE THEM

Enchanted by reflections on the water and colour variation throughout the day, Monet was a visionary artist and the forerunner of a way of making art that would result in the 20th-century Abstract Art.
His works paved the way for a new art. Here are his most beautiful works. 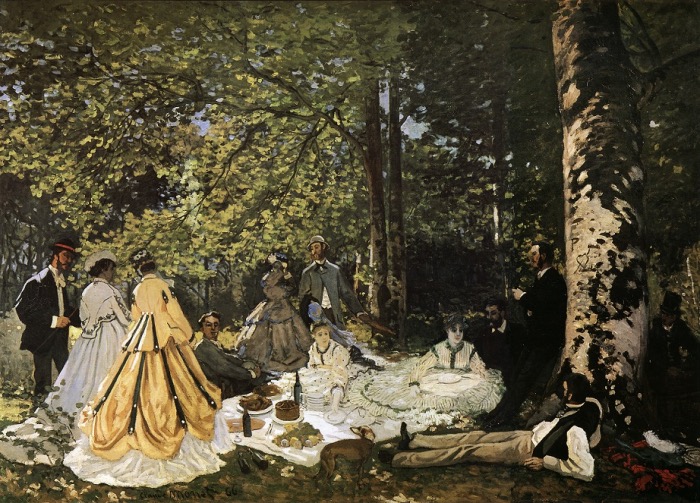 Luncheon on the Grass by Monet

Monet depicted a very common bourgeois scene and drew inspiration from the famous Luncheon on the Grass by Manet he could admire at the Salon des Refusés in 1863.
The painting is a copy, or maybe a study, for a work of an impressive size that Monet wanted to execute. However, the project wasn’t completed because the artist showed Gustav Courbet the painting, who strongly criticized it. 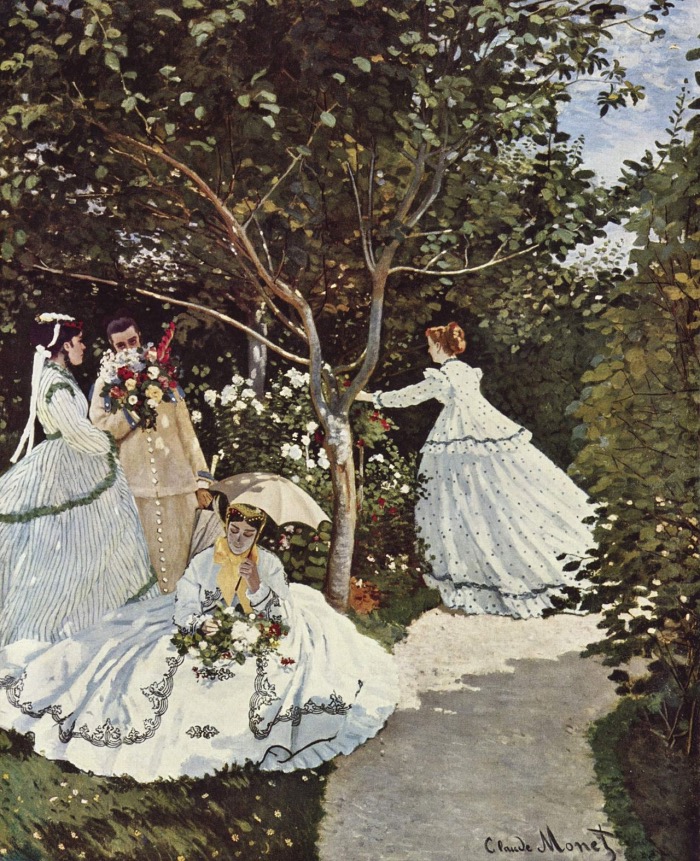 The painting was executed in the open air using the “plein air” painting technique, that made Monet famous.
The canvas is huge, and it is said that the artist dug a pit where he put the canvas, so that the figures portrayed are almost life-size.
The painting was bought by artist Bazille, and only later it was returned to Monet who then sold it to the French government.
To learn more about this painting, read the post Women in the Garden by Monet. 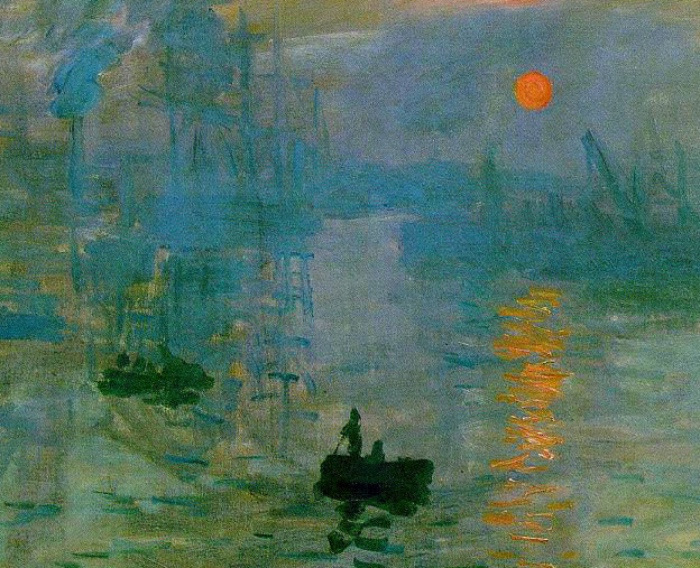 Executed in 1872, “Impression, Sunrise” is the painting symbol of Impressionism, and became famous because it was exhibited in the first  debut exhibition of the Impressionists in 1874.
It was art critic Leroy who used the title of Monet’s painting to give a name to the group of artists who displayed their works in that first exhibition, who from that moment on were called Impressionists.
It was difficult for Leroy to understand the revolutionary significance of Monet’s art, who invited to look at the nature thought the emotion aroused by colours. 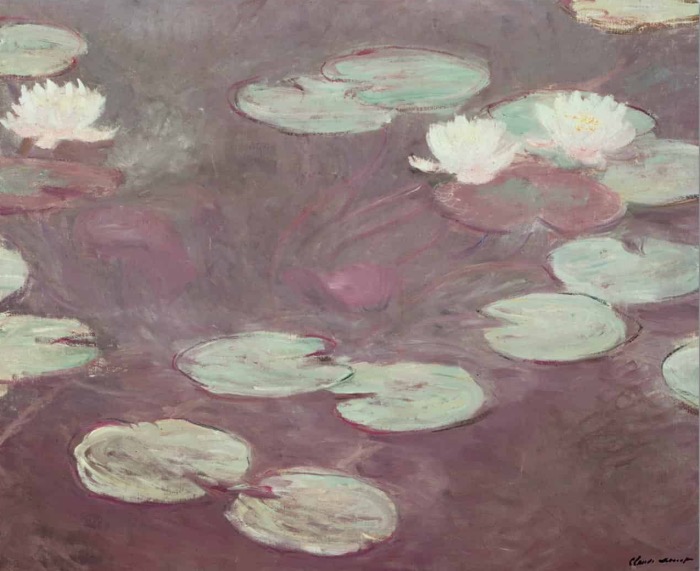 Monet spent the last years of his life painting in his Giverny garden.
In that quiet place the artist described the colours, light variations and different stages of life of vegetation and of his beloved pond.
In this painting shades are light pink and water lilies are depicted in close-up , while the water, leaves and flowers blend and almost dissolve. Go to the post Monet’s Water Lilies: 5 things to know to learn more about this cycle of paintings.

WHERE TO FIND MONET’S WORKS