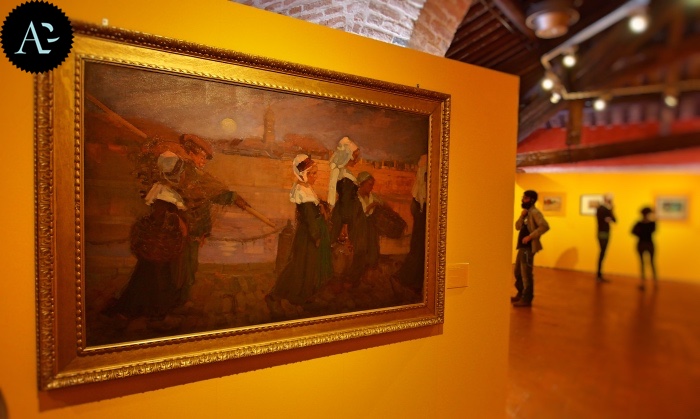 MY VISIT TO THE EXHIBITION “THE NABIS, GAUGUIN AND THE ITALIAN AVANT-GARDE PAINTING”

This hot autumn with its sunny days makes everything more beautiful and makes you feel you are still on holiday.
Rovigo doesn’t escape from this magical atmosphere and the exhibition “I Nabis, Gauguin e la pittura italiana d’avanguardia” (“The Nabis, Gauguin and the Italian avant-garde painting”) on view at Palazzo Rovarella is the right occasion for you to plunge into a journey made up of colours and emotions.

Intense colours, total absence of details, an explosion of violent emotions, simplicity.
The exhibition “I Nabis, Gauguin e la pittura italiana d’avanguardia” (“The Nabis, Gauguin and the Italian avant-garde painting”) is all this.
The exhibition draws inspiration from a famous sentence by Gauguin, who declared with strength “ I want a simple painting, very simple”. 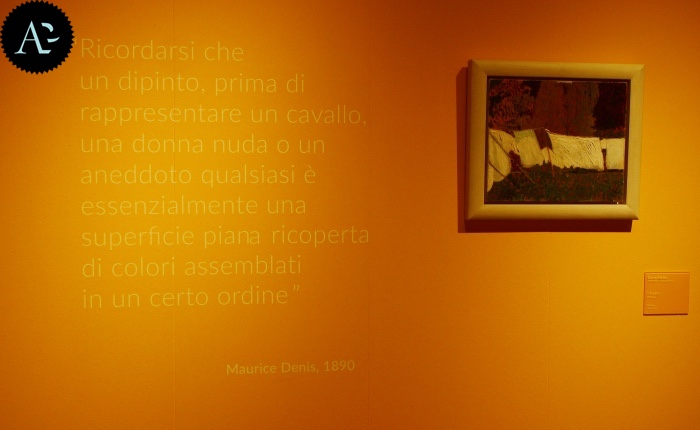 The simplicity is the central idea of the tour of the exhibition, which starts from the French region of Brittany, where Gauguin and the Nabis painters proved that a painting which could express the simplicity of life was possible, and it ends in Italy, where a group of young artists would be influenced by this breath of fresh air.

Let’s start with the Nabis.
But who were the Nabis?
Nabis is a Hebrew word meaning “prophets”, and defines a group of artists, born between 1860 and 1870, who rejected Impressionism and declared themselves to be disciples of Gauguin.
READ ALSO: meaning of Impressionism.

The Brittany is the place that enchanted them for its simplicity, the same simplicity those artists were searching for in life and in art, making themselves prophets of something new.
The Nabis founded real communities, the most important community was in Port-Aven, where they lived looking for a simpler way of life, where religion, mysticism and also esoterism could mix together and become creative energy.

Also Paul Gauguin arrived in Port-Aven in February 1888.
His arrival would be fundamental, because it would give the artistic movement the opportunity to compare itself with the artist who had already begun a path to simplify the forms.
The Nabis and Gauguin didn’t feel bound to paint the reality as they saw it, but they described the essential simplicity of life.
Gauguin’s paintings have bright colours and the forms are just roughed out. It is the emotion that guides the artist’s hand and the spectator’s eye.
READ ALSO: why Gauguin is a member of the post-impressionism group.

Those innovative stimuli spread across Europe and across Italy, as well.
The second part of the exhibition will illustrate the season of Italian art that between the late 19th century and the early 20th century was influenced by the Nabis and Gauguin, and it will end with a section dedicated to the successors of the artistic movement who would be the protagonists of Synthetism, where the keyword is “simplicity”, which would become the feature of a current of painting of the 20th century. 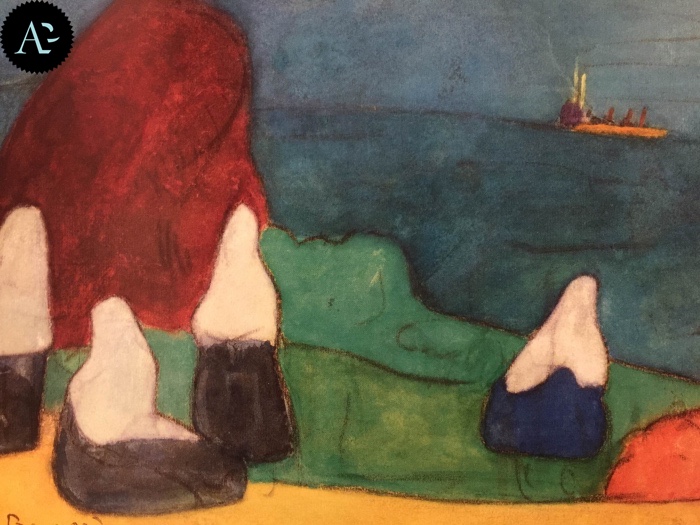 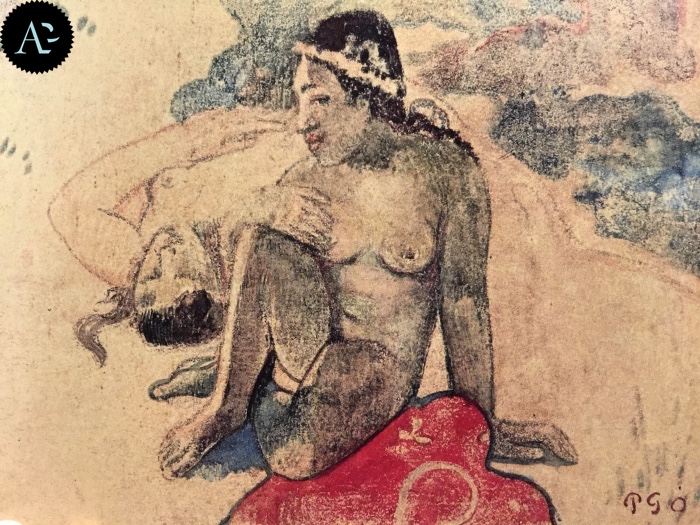 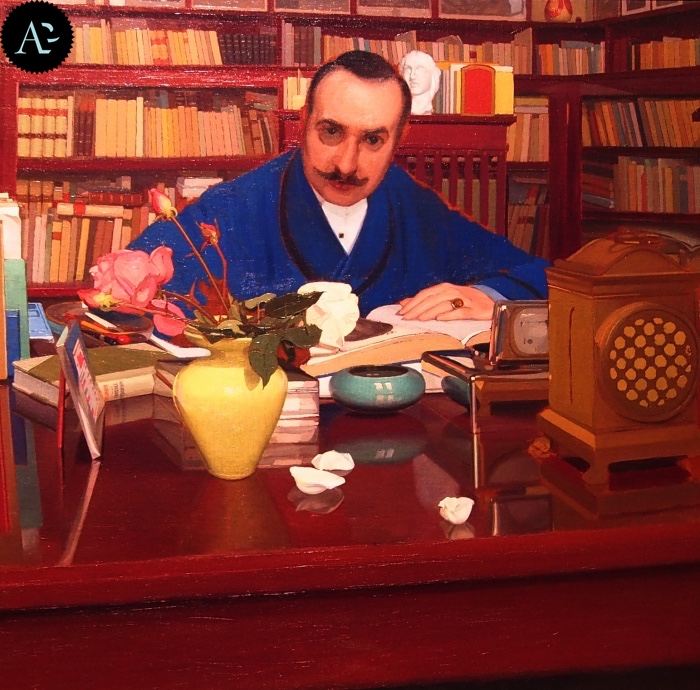 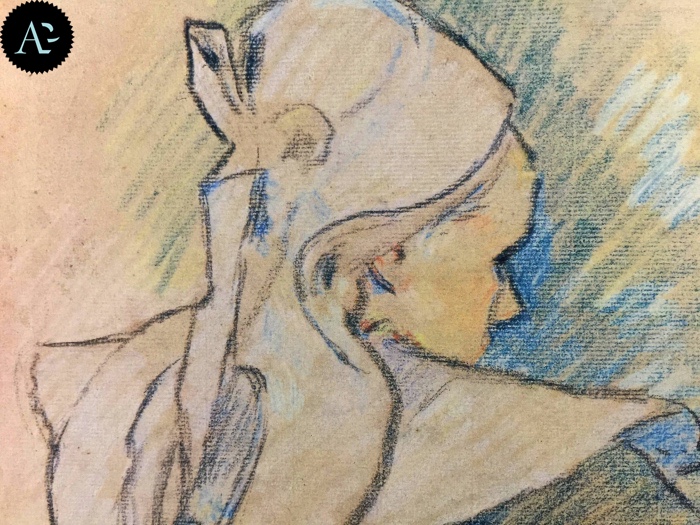 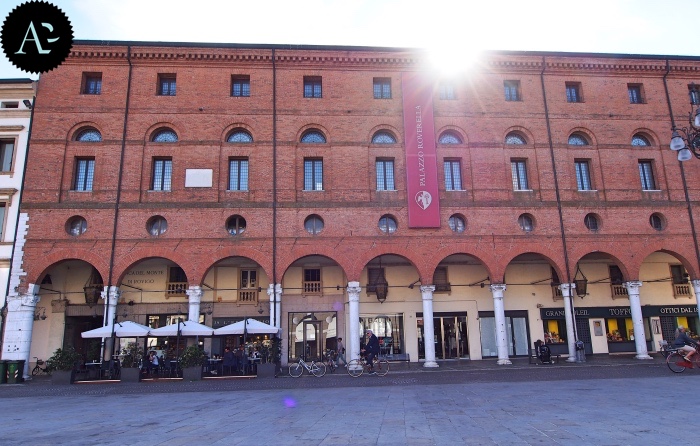 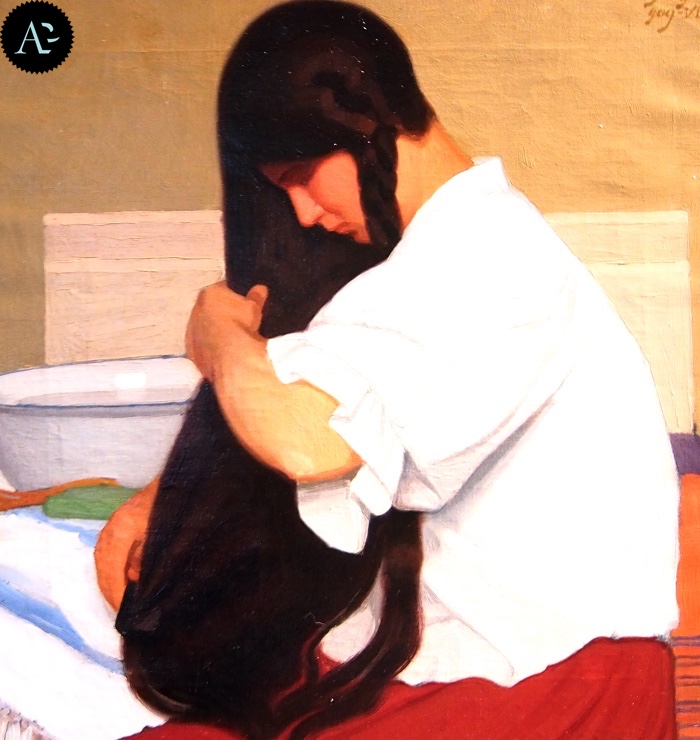 4 thoughts on “The Nabis, Gauguin and the italian avant-garde painting”