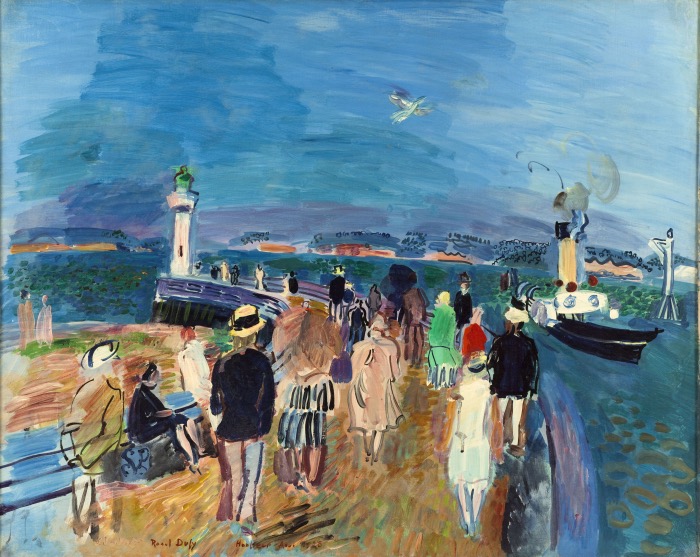 THE PAINTER OF JOY RAOUL DUFY ON SHOW IN ROME

The works of Raoul Dufy on show in Rome in an exhibition divided into 13 thematic sections.
This is the first major exhibition ever held in Italy and dedicated to one of the masters of modern art, RAOUL DUFY, who was born in Le Havre in 1877 and died in Forcalquier in 1953.

The Raoul Dufy exhibition in Rome recounts the French painter’s entire artistic career, through the works he created, using various techniques, in the different decades of the 20th century.

Raoul Dufy on show in Rome

Happiness, light and bright colours are the protagonists in the works of Raoul Dufy, who is called the painter of joy for this very reason.
With his style he contributed to changing public taste in the first half of the 20th century by adapting his innovations and liveliness to all decorative arts.

With 160 works from the most important French public and private collections, the exhibition, held at the Palazzo Cipolla, covers the entire artistic parabola of one of the greatest interpreters of art history, straddling Impressionism and Fauvism.

The author of monumental works such as La Fée Electricité (The Electricity Fairy, 1937 – 1938, Musée d’Art Moderne de Paris), one of the largest paintings in the world, Dufy was a great early 20th century French painter, scenographer and draughtsman who became the painter of joy and light because of his ability to capture atmospheres, colours and the intensity of light and to transfer them onto his canvases.

Divided into 13 thematic sections, the exhibition recounts Dufy’s entire artistic career, from his beginnings to the 1950s, when the artist sought new themes due to the war and illness that forced him to stay in his studio in the south of France.

An exhibition itinerary describing the style, themes and the magic of colour, which in Dufy’s works becomes an indispensable element for communicating emotions and states of mind.
An evolution that sees the French artist initially continuing the Impressionist tradition initiated with the works of Monet, then following the teachings of Matisse, reacting to a painting dominated by visual sensations and finally arriving at the austerity of Cézanne in which the shapes, the flat areas of bright or even violent colours are independent of the line that barely hints at circumscribing them.

Raoul Dufy on show in Rome is probably the event of the year, as it describes the parable of an artist in perennial search of stimuli and experimentation, capable of making art that is committed but at the same time apparently ‘light’.
The works on display are a true inspiration for those who want to get to know all aspects of art at the turn of the 19th and 20th centuries and who will find themselves faced with an artist whose declared aim was, as the American writer Gertrude Stein wrote, to bring pleasure. 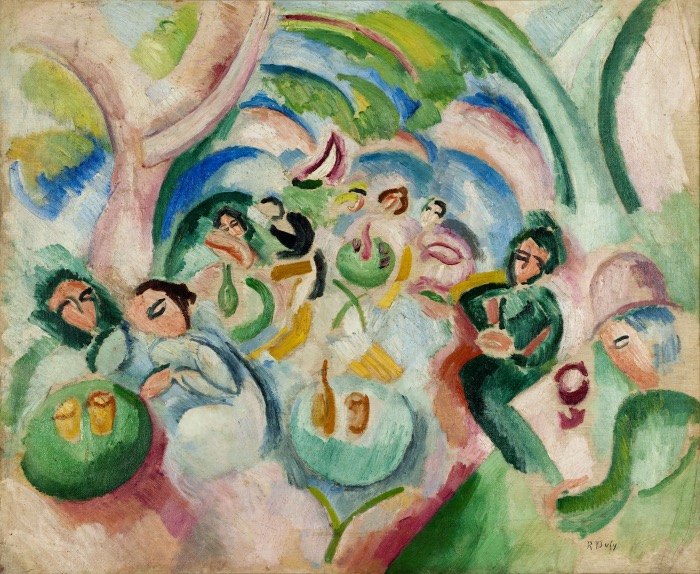 INFORMATION ON THE ROUL DUFY EXHIBITION IN ROME

Curated by Chief Curator Sophie Krebs and Nadia Chalbi, Head of Exhibitions and Collections at the Musée d’Art Moderne de Paris, the exhibition is an emotional journey through the artist’s favourite themes, where visual sensations reduced to the essence of reality, and the use of composition, light and colour are the emblematic elements that characterise his works.

The exhibition, promoted by the Fondazione Terzo Pilastro – Internazionale by the will of its President Prof. Avv. Emmanuele F. M. Emanuele, is realised by Poema with the organisational support of Comediarting and Arthemisia, conceived by the Musée d’Art Moderne de la Ville de Paris, Paris Musées and curated by Sophie Krebs with the contribution of Nadia Chalbi.

The exhibition is complemented by a catalogue published by Skira.