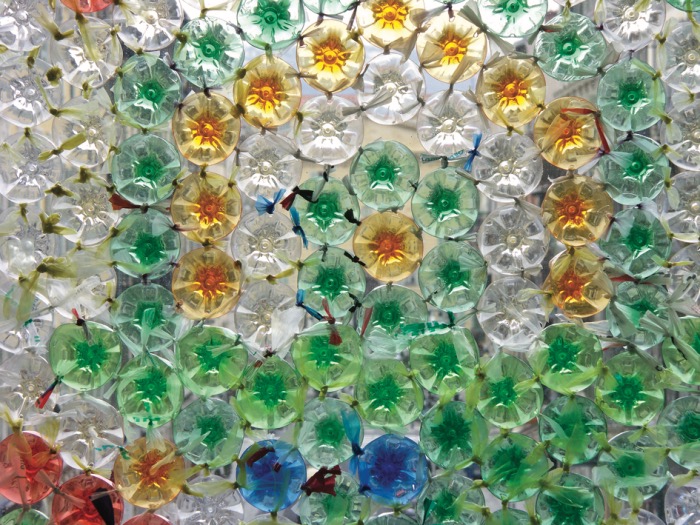 THE ART OF RECYCLING IN THE WORKS OF ENRICA BORGHI

In Elena Borghi’s works, recycling becomes art thanks to the mosaic technique.
Her artistic research, in fact, is based on a virtuous use of materials that are actually fragments and waste elements.

The works of Enrica Borghi 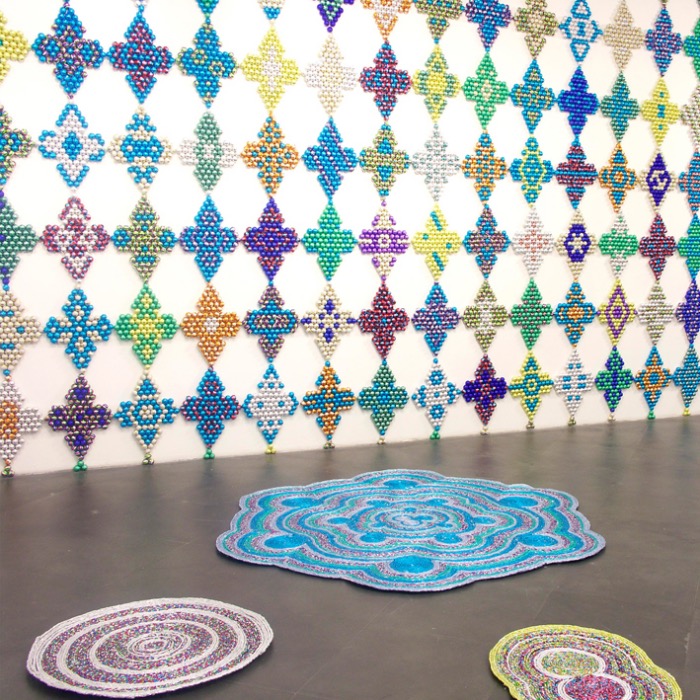 Enrica Borghi was born in Premosello Chiovenda, in the province of Verbania, in 1966 but lives and works in the hills of Lake Orta.
After obtaining a master’s degree with a specialisation in sculpture at the Brera Academy of Fine Arts in Milan in 1990, she began exhibiting using photography and recycled materials.

In 1995, at the Galleria Alberto Peola in Turin, she presented women’s dresses made with envelopes, labels and wrapping paper, as well as a cycle of neoclassical statues and busts of Venus covered with fake nails and feathers, decorated with clips and curlers.
In 1997 she participated in Quando la spazzatura diventa Arte, curated by Lea Vergine, at the Museum of Modern and Contemporary Art in Trento and Rovereto, and was selected for the Biennale Internazionale Giovani in Turin.

In Elena Borghi’s works, recycled materials are the characterising elements of a work that begins with the choice of the place from which to retrieve them, and which are predominantly related to places in the female and domestic world.

In 2013 Elena Borghi’s works were the subject of a major solo exhibition at the Estorick Collection in London, but she has also exhibited in prestigious national and international museums including the Galleria d’Arte Moderna in Bologna, the Musèe d’art Moderne et Contemporain de Nice, the Giudecca Art District, the Accademia di Belle Arti in Venice and many others. 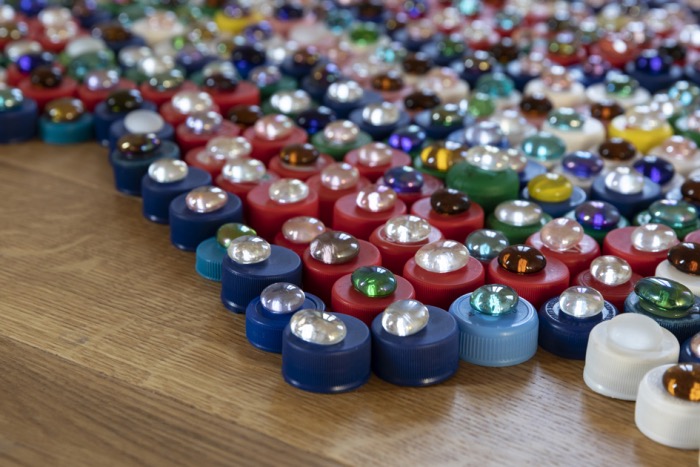