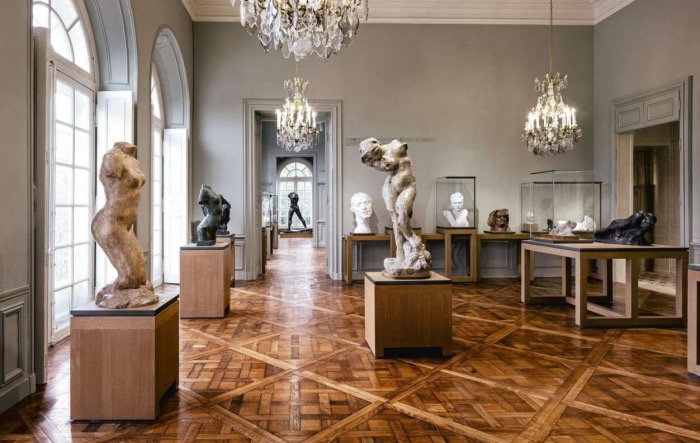 THE MUST-SEE WORKS OF THE RODIN MUSEUM IN PARIS

The works of the Rodin Museum are housed in a building, located in the heart of Paris, which was Rodin’s home during the last years of his life.
Not always those who visit Paris for the first time think of going to see the Rodin Museum, but it is certainly an important stop to make because Rodin was the most important sculptor of the late 19th century and the forerunner of contemporary sculpture.

Works from the Thyssen-Bornemisza Museum

The works of the Rodin Museum are distributed over eighteen rooms and a garden and allow us to understand the style of an artist who had a completely new approach to sculpture as he gave precedence to reality and people’s feelings in his works.

Rodin was inspired by the great artists of the Renaissance, first and foremost the works of Michelangelo and Donatello, from which he developed a unique style that opened a new path in sculpture.

WORKS OF THE RODIN MUSEUM TO SEE

Rodin’s The Thinker was exhibited in 1886 under the title The Poet and actually represented Dante Alighieri, the poet of the Divine Comedy, and was to be placed in front of the Gates of Hell, a monumental work that engaged Rodin for over thirty years. 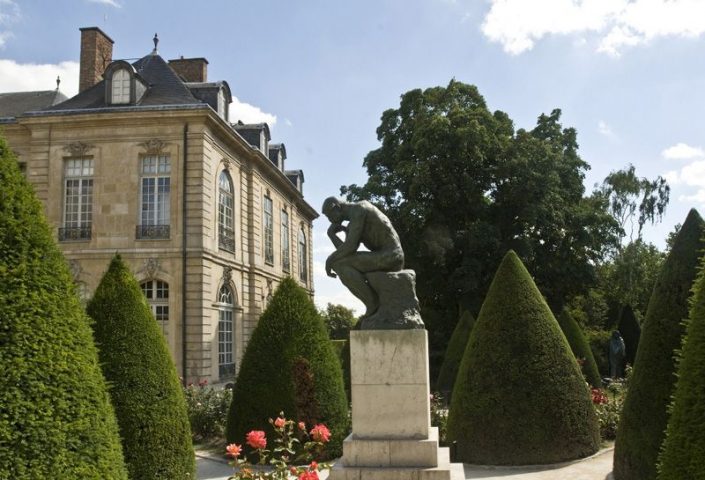 Rodin’s Thinker is one of the most famous works by the sculptor Auguste Rodin and, from the author’s initial idea, it is as if he started his own journey, becoming the symbol of modern man or the artist and his torment during the creative process.
This imposing man, absorbed in his thoughts, suggests a great capacity for action. It seems almost godlike to observe him a moment before making an important decision for himself and for us all.

This sculptural group was commissioned from Auguste Rodin by the French State and exhibited at the 1889 Universal Exhibition.
Like The Thinker, The Kiss was also intended to be part of the Gates of Hell but the power of this work suggested Rodin turn it into an autonomous masterpiece. 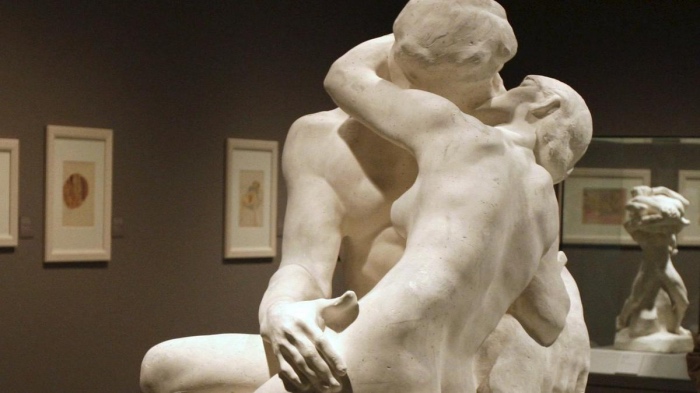 Rodin’s Kiss is a depiction of the love of Paolo and Francesca, described by Dante Alighieri in Canto V of the Inferno.
It was a book, which tells the love story of Lancelot and Guinevere, that made Paolo and Francesca fall in love. Their decision to abandon themselves to an overwhelming and clandestine love led to their death as Francesca’s husband surprised and killed them.

The Gates of Hell

The Gates of Hell was the work of a lifetime for Auguste Rodin.
The artist worked on this magnificent monumental portal for over thirty years and what we see today is not even the final version of what the artist had in mind. 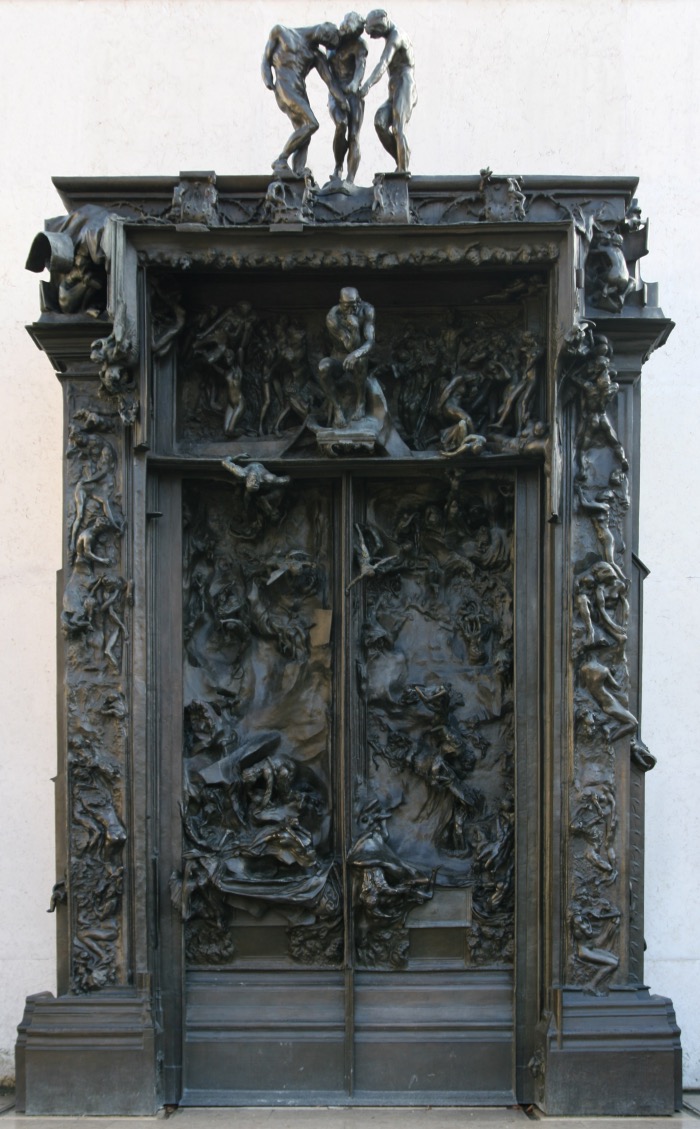 The Gates of Hell contains a large number of bas-reliefs inspired by Dante Alighieri’s Inferno, is more than four metres high and was commissioned in 1880.
The client was Edmond Turquet, Minister of Fine Arts in Paris, who wanted a decorative door for the entrance to the city’s future Museum of Decorative Arts.
The plaster cast that Rodin made for the creation of the door is kept at the Musée d’Orsay, while the bronze work is part of the collection of works in the Musée Rodin.

Among the works in the Rodin Museum, this bronze sculptural group is certainly one of the most fascinating and a symbol of Rodin’s genius. 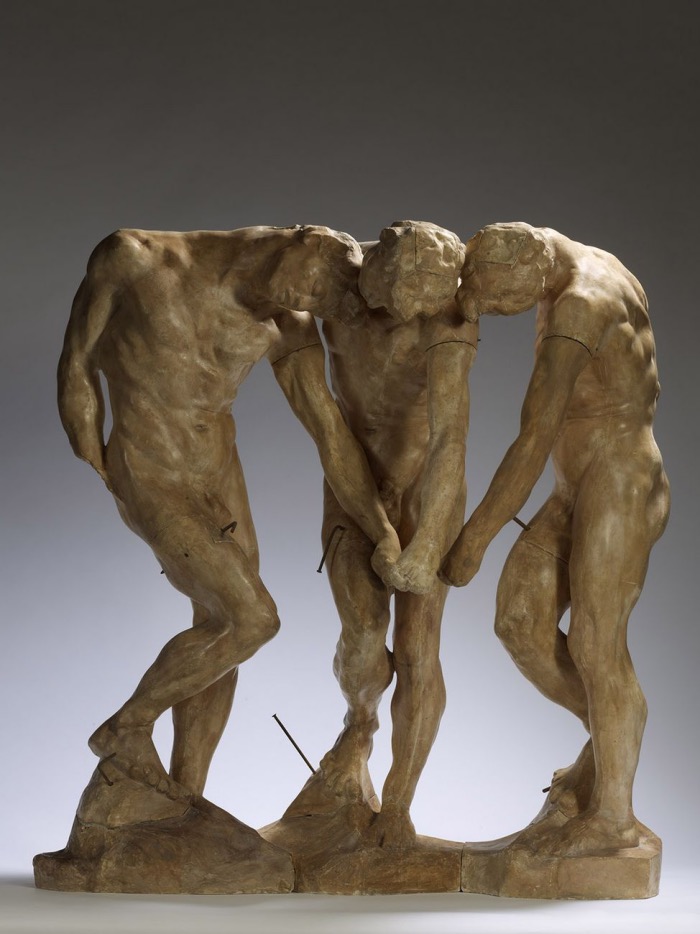 The Three Shadows consists of three figures looking downwards.
This sculptural group was also intended to be part of the Gates of Hell and represents Rodin’s ability to create unique anatomical figures, almost in imitation of the ‘unfinished’ style typical of the latter part of Michelangelo’s production (The Rondanini Pietà is an example) and a precursor to modern, abstract sculpture.

HOW TO BOOK TICKETS FOR THE RODIN MUSEUM

To plan your visit, I recommend you consult the page with information on how to book Rodin Museum tickets, or check availability now by selecting a date in the museum visit calendar below.