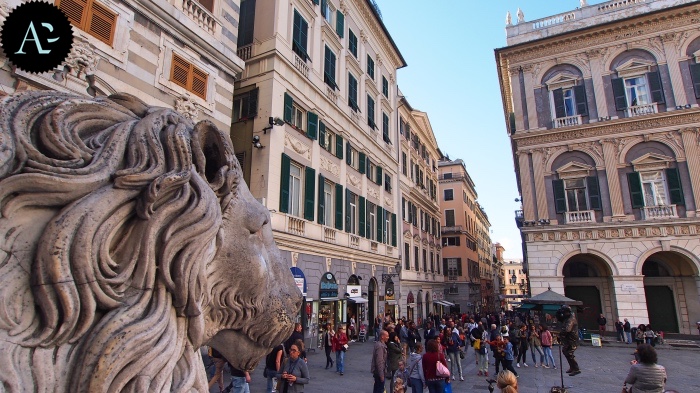 Rolli Days. I had never seen Genoa before, or better I passed it several years ago in order to reach the Port of Savona. But that day I was in a hurry, and I didn’t even get out the car to have a coffee.
Therefore, I thought that Genoa was a city leant on its port, a little bit grey, too, and I didn’t have any idea of what it could hide among its streets and alleys which I only glimpsed. 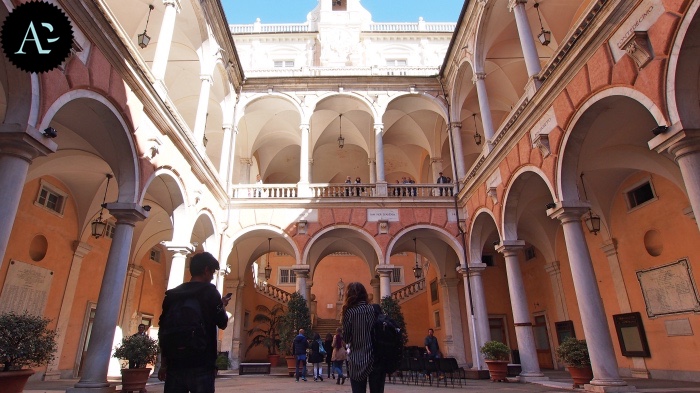 The day before the weather was foul; they had issued a warning about the weather and the area was at risk for flood. But when I arrived the weather was sunny; there was a party atmosphere and a lot of Genoese people going around, willing to help me and Sara (who deals with the English version of my blog) because we wanted to know everything about the palaces, churches and alleys of Genoa.

I have been waiting to go to Genoa for a long time, and the celebration for the 10th anniversary of UNESCO’s recognition of “The Sistema delle Strade Nuove e dei Palazzi dei Rolli (The Strade Nuove and the system of the Palazzi dei Rolli) as a World Heritage Site in 2006 was the perfect chance for me to visit the city. My Genoese days were a source of inspiration to me.
I discovered that Genoa has got a beautiful cultural programme, which takes several needs into account, and it’s not easy to do it.
Frankly, I’ve never seen a whole city involved in promoting its excellences. The Municipality of Genoa, the University of Genoa, students, historic shops (Genoa old-world shops), museums, trade associations, and common citizens were proud to show what they were and what they can do. I couldn’t wait to see the Genoese palaces, and this year I followed the two previous editions of the Rolli Days on social media with #Rollidays.
The third edition occurred on October 15th and 16th 2016, and this time I enjoyed it as a protagonist.

Among the palaces involved for the first time I could admire Palazzo Grillo, a spectacular 16th dwelling house, and Palazzo Serra Gerace, housing 18th-century stuccoes and frescoes. Moreover, the Complex of the Faculty of Architecture, situated on the ruin of the ancient Monastery of San Silvestro, was exceptionally open to the public.
The Rolli Days usually take place twice a year, in spring and in autumn.
Visit the website or the Facebook page of Genova More Than This to know in advance the next editions of the Rolli Days in 2017.
However, several Palazzi dei Rolli are open to the public all year round, because they are museums or points of interest.

The Rolli in Genoa you should visit

The first Palazzo dei Rolli you should visit is Palazzo Rosso which houses important paintings by Van Dyck, Durer and Guercino, and saw the inauguration of the building’s top-floor rooms featuring furnishing, sculptures and paintings commissioned by the Brignole-Sala family during the 19th century.
The tour is entitled “Le Stanze della Duchessa”, (the “Duchess’ Rooms”). Five rooms I wouldn’t have exited anymore. In addition, on the top floor of Palazzo Rosso there’s an amazing panoramic viewpoint from which you can admire Genoa from above.

The second unmissable leg is Palazzo Tobia Pallavicino, today seat of the Chamber of Commerce of Genoa. The palace was built between 1558 and 1561 by the marquis Tobia Pallavicino. But in 1704 the palace was bought by Giacomo Filippo Carrega, who gave it the current aspect, and commissioned Lorenzo De Ferrari to decorate the Galleria Dorata (the Golden Gallery), which is the most extraordinary expression of the Genoese Rococo style. 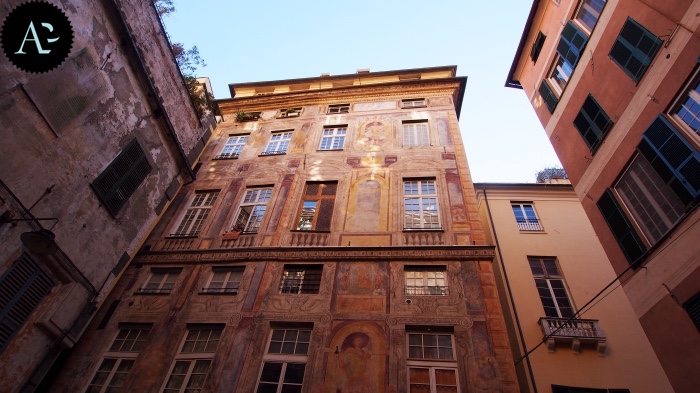 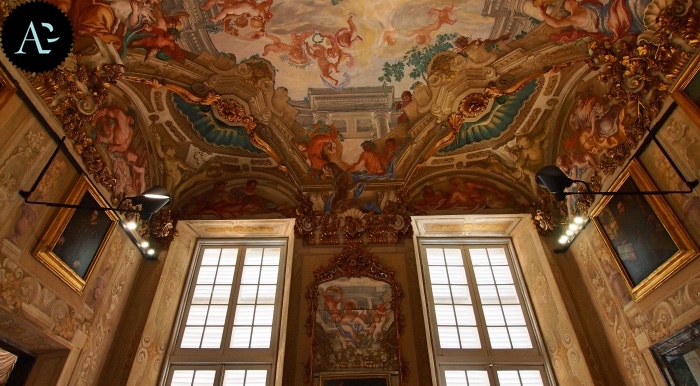 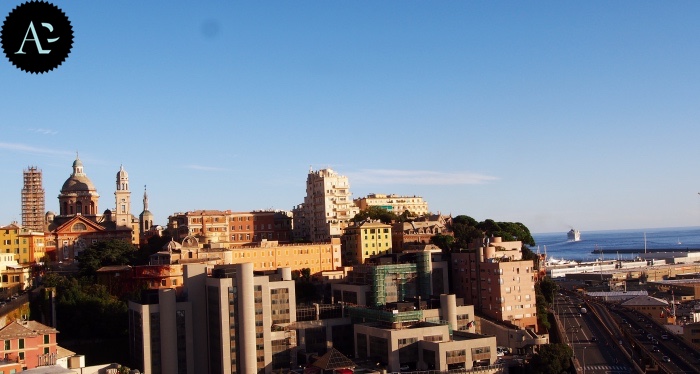 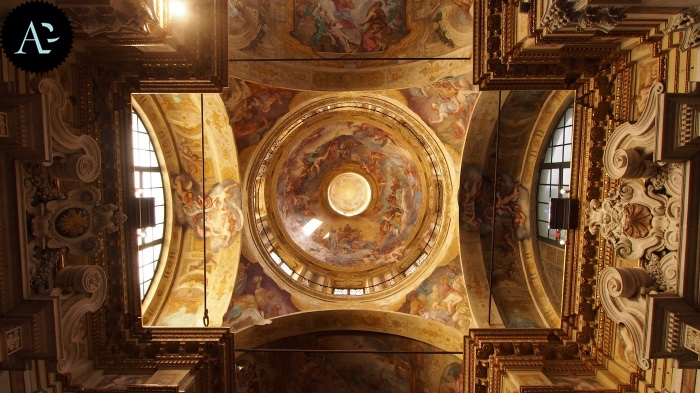 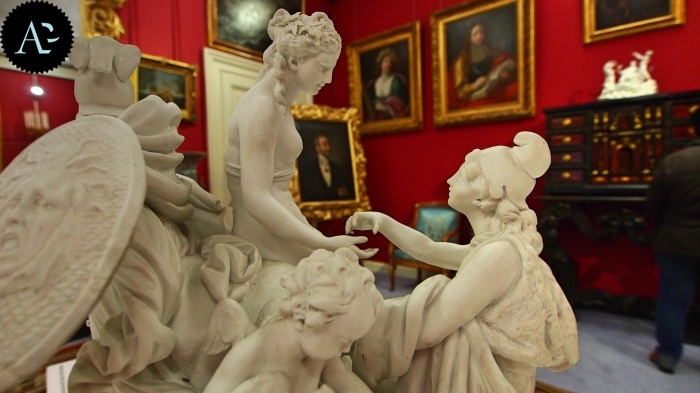 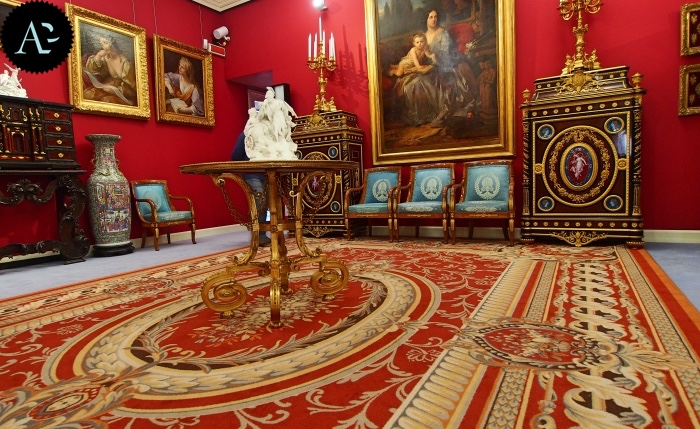 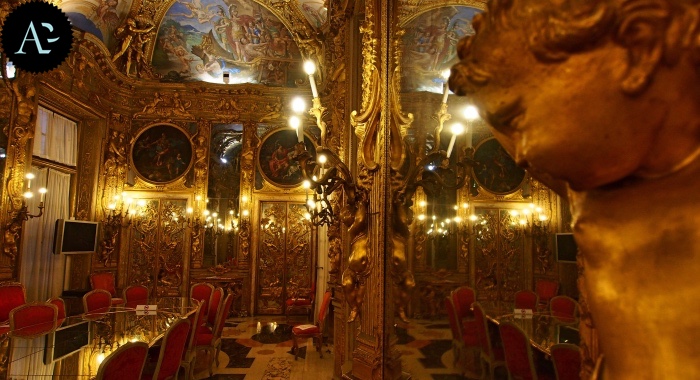 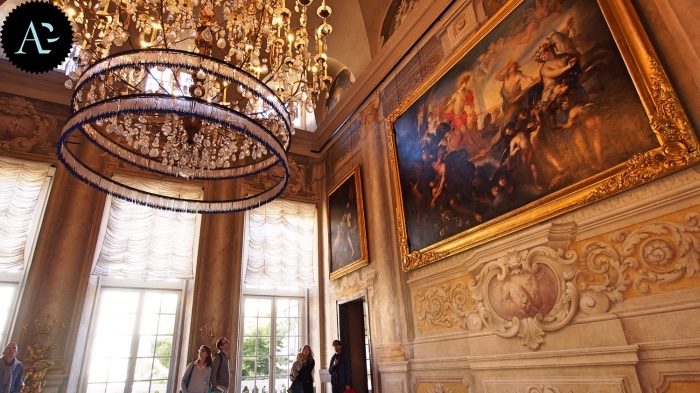