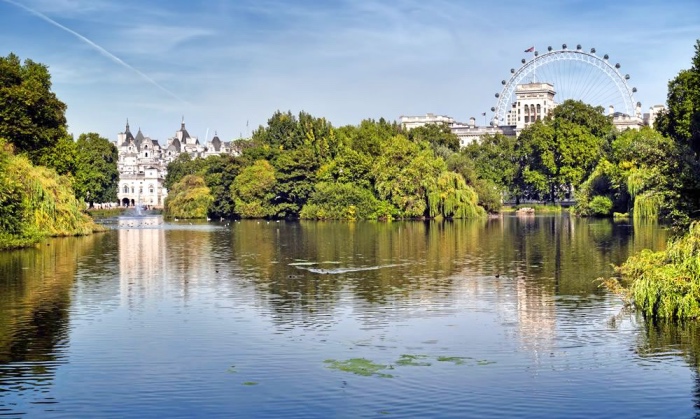 PARKS IN LONDON TO VISIT AT LAST ONCE IN YOUR LIFETIME

Parks in London are places to live and explore.
They are a source of pride for Londoners who use them to walk, relax, have lunch, play sports or simply to immerse themselves in nature.

I made a list of 5 parks in London you must visit.

Hyde Park is one of London’s eight Royal Parks, covers an area of  350 hectares and houses some famous monuments, including the artificial lake called the Serpentine Lake, Speakers’ Corner where you can meet people speaking and expressing their own opinion, especially at the weekends, and the Diana Princess of Wales Memorial Fountain, a fountain celebrating Diana, Princess of Wales.
Londoners go to Hyde Park because there they can do a lot of leisure activities such as swimming, rowing, cycling, tennis and horse riding.

Very close to Buckingham Palace, St. James’s Park is the most central and the oldest among parks in London.
The history of this park began in 1532 when Henry VIII reclaimed the swamplands of this area of London to build an amusement park and a hunting ground.
Over the centuries St. James’s Park has undergone many changes which haven’t ruined its great charm.

Among several lawns, where you can play or have a picnic, and centuries-old trees offering shade, the Regent’s Park is a green oasis in Westminster.
Like all parks in London the Regent’s Parkis a Royal Park as well, and therefore the land is property of the Monarchy of the United Kingdom and the general public is allowed to use it.
In the park there are the Open Air Theatre, an open-air theatre, and a huge area for sports facilities and bars and restaurants.
The Regent’s Park is famous especially because it houses London Zoo. It’s the world’s oldest scientific zoo, inaugurated in 1828, which was intended to be used as a collection for scientific study.

READ ALSO: London what to see: the museums you must see

Inside Greenwich Park there’s the Old Royal Observatory and across the courtyard runs the famous prime meridian line, the line which hasdivided the eastern and western hemispheres of the Earth.
The park was built starting from 1433 and is the oldest park in London.
From the hilltop on which it is situated you can enjoy a wonderful view across London, from the Thames to St. Paul’s Cathedral.

Kew Gardens, formally The Royal Botanical Gardens, Kew, is a botanical garden located about 10 km from London and houses over 40,000 species of plants coming from all climatic areas of the Earth.
The Kew site can be traced back to the exotic garden built by Lord Capel of Tewkesbury, but it was thanks to Princess Augusta that in 1759 the construction of a real botanical garden began.
Over the centuries the area has been enlarged from 4 hectares to 120 hectares. In 1840 Kew Gardens was designated a national botanical garden and in 2003 was inscribed on the UNESCO World Heritage List. 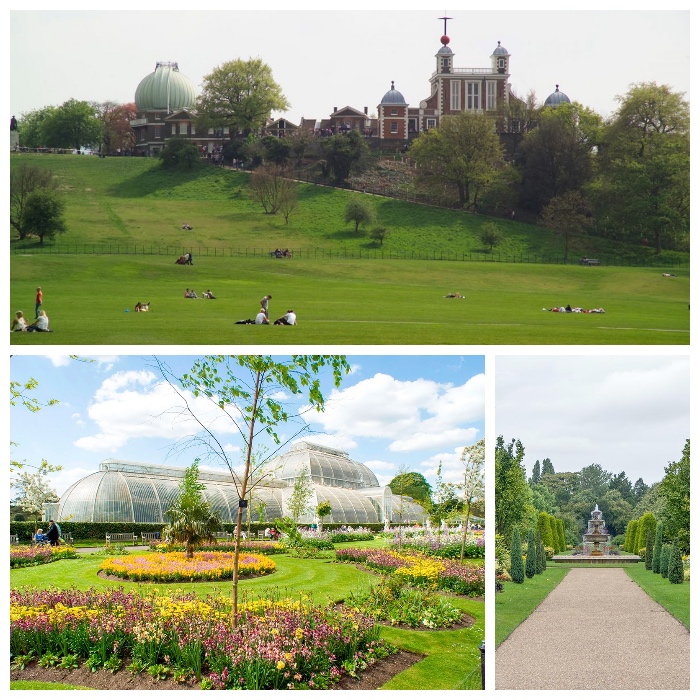 READ ALSO: What to see at the British Museum