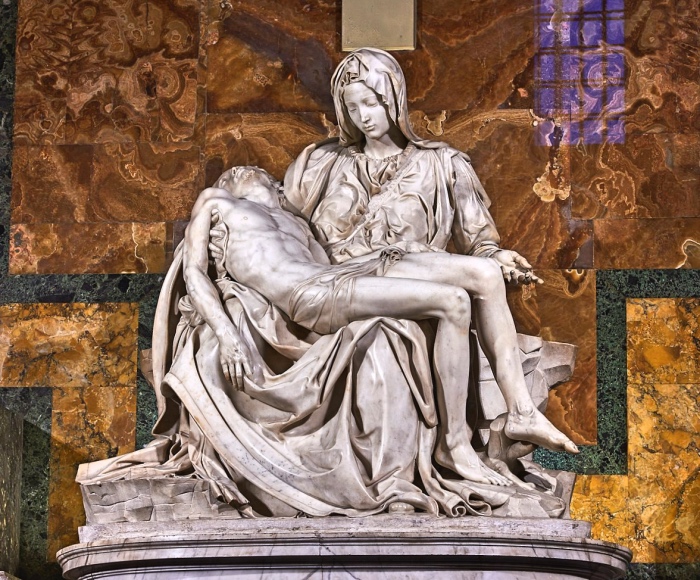 MICHELANGELO’ S PIETÀ: 5 THINGS TO KNOW ABOUT THE VATICAN PIETÀ

Are you curious to find out Michelangelo’s most beautiful sculpture in 5 points? Let’s go! 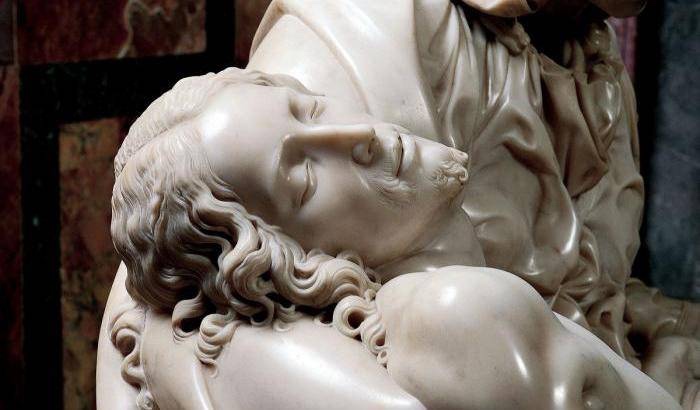 The Pietà is a subject to which Michelangelo dedicated himself in at least three occasions.
For example, I’ve already dedicated a post to the famous Rondanini Pietà: Michelangelo’s last work, housed in Milan, but in Florence, at the Museo dell’Opera del Duomo in Florence, you can also admire the Deposition (also called the Bandini Pietà).
However, in my opinion, the first and the most beautiful one is the Vatican Pietà, that is to say Michelangelo’s Pietà, housed in St. Peter’s Basilica

1. WHEN AND WHEN MICHELANGELO’S PIETA’ WAS CREATED

Michelangelo’s Pietà is the first sculpture created in Rome by Michelangelo, who at that time was in his early 20s (1497-1499) and was rather famous.
It’s one of the great masterpieces created by the Florentine artist and is also the only work where his signature is visible, carved on the sash running across Mary’s chest.

2. WHO COMMISSIONED MICHELANGELO TO CARVE THE PIETA’

Cardinal  Jean de Bilhères, who served as French ambassador of Charles VIII to the Papal States, commissioned Michelangelo to create the Pietà, a work that had to be his funeral monument and had to be placed in the Chapel of Santa Petronilla in Saint Peter’s Basilica. However, when the sculpture was displayed to the public, everybody stared at it in fascination and admiration, so in 1517 it was decided to place it in the sacristy of St. Peter’s Basilica. 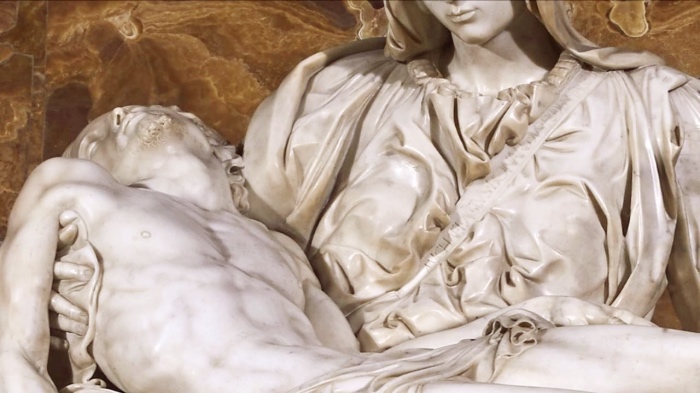 The agreement between Michelangelo Buonarroti and his client to make the Pietà, was signed on August 27th 1498, and contains the description of the subject.
Michelangelo didn’t limit himself to create the Pietà following the classical model, which established Mary’s vertical bust and Jesus’ horizontal body, but he modernised a traditional composition and gave the work a natural appearance never seen before.

Mary is represented by Michelangelo as a young woman, sat on a rock symbolizing the Calvary (or the Golgotha), the mount where Jesus was crucified.
Jesus, instead, lays down on his mother’s legs, dead.
A lot has been written about Mary’s face, too young according to some critics, but Michelangelo probably wanted to allude to Virgin Mary’s beauty, which is more spiritual than physical. 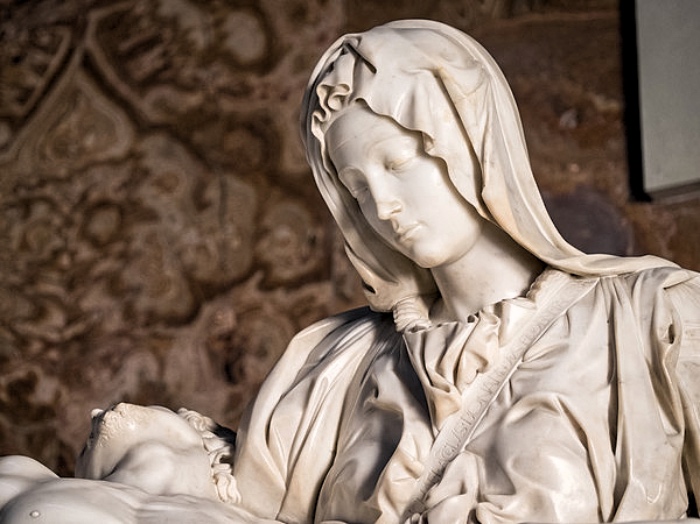 14 thoughts on “Michelangelo’s Pietà : 5 things to know about the Vatican Pietà”