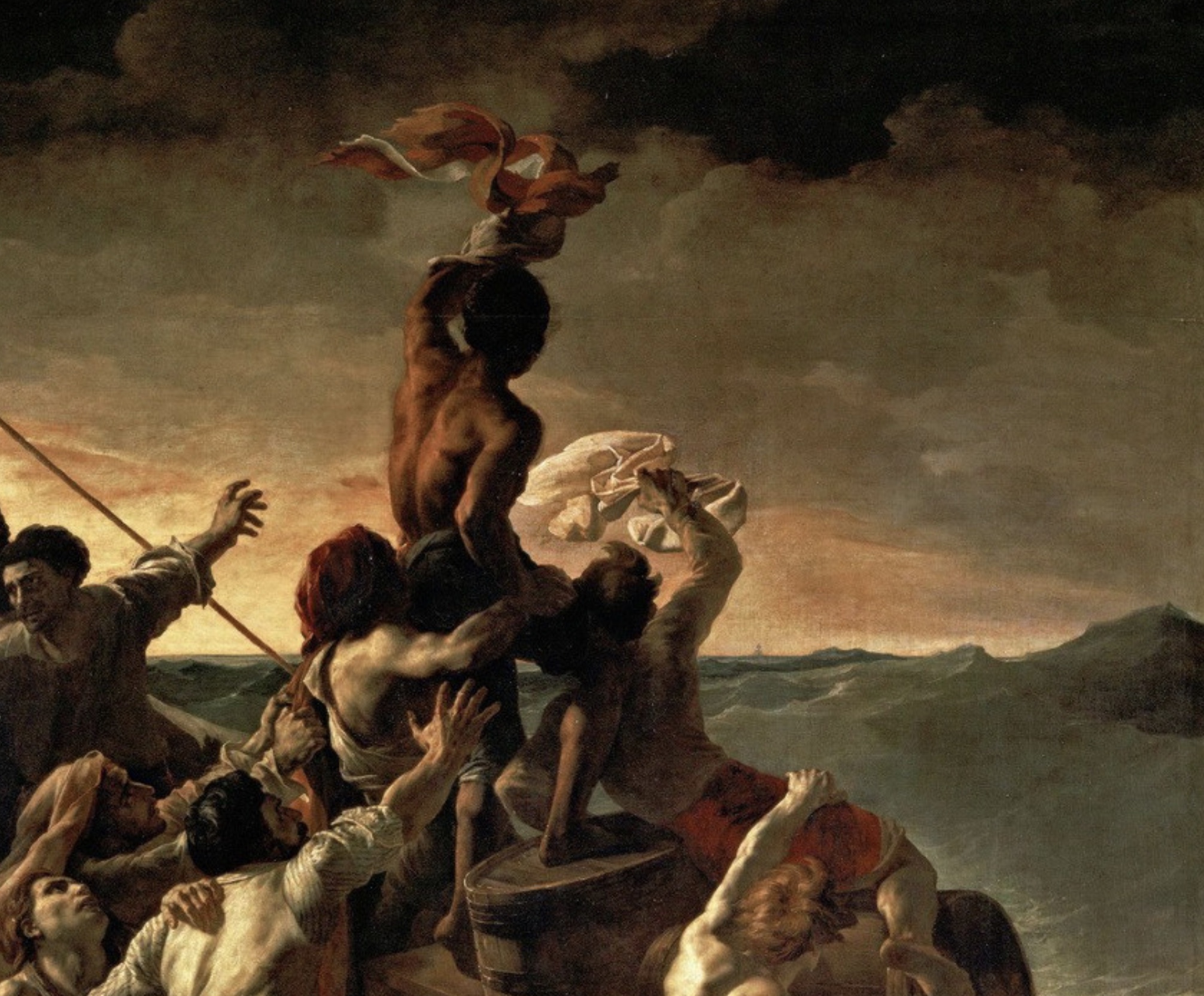 THE RAFT OF THE MEDUSA BY THEODORE GERICAULT: WHAT IT REPRESENTS AND WHERE IS ON DISPLAY

The Raft of the Medusa is one of the great masterpieces painted by Théodore Géricault.
A huge painting which has become the symbols of the struggle of the weakest against privileges, describing an event that really happened and which had aroused French public opinion in the first half of the 19th century.

In this post you’ll find the reason why Géricault decided to paint this canvas and where you can admire it. WHAT THE RAFT OF THE MEDUSA REPRESENTS

In 1816 the French frigate “Méduse” (“Medusa”) was heading towards Senegal, when it ran aground on a sandbank off the West African coast, near today’s Mauritania.
The officers saved themselves boarding the frigate’s lifeboats, but abandoned the passengers and the crew who decided to build a raft, to try to save themselves.

Thus, the Raft of the Medusa was a platform 20 meters long which carried 150 people, but only 15 survived.
The raft wandered in the sea for 13 days until it was joined by the military vessel Argus, but the tragedy provoked strong emotions among the French, especially because of the detailed newspaper accounts.
Public opinion found out that the captain had no experience, no updated nautical charts, and that after several days on the Raft of the Medusa the survivors practised cannibalism.

Géricault was very moved by the tragedy, especially because of the political implications of the event.
In fact, the captain wasn’t given a severe sentence, like public opinion expected.
He was expelled from the Navy and sentenced to three years in prison, but, actually the code provided for the capital punishment for not being the last one to abandon the ship.
Therefore, the tragedy of The Raft of the Medusa became a symbol of the oppression inflicted on the weakest and helpless.

Those were the years of the Bourbon Restoration, after Napoleon’s defeat in 1815, and the incident became a huge public embarrassment for the French monarchy.
The Raft of the Medusa is the description of the final moment of the rescue of the few survivors from the shipwreck.

HOW THE RAFT OF THE MEDUSA WAS PAINTED

The Raft of the Medusa depicts a dramatic moment and all emotions human beings can feel in such a situation: fear, pain, hope, madness.

To do this painting Géricault studied for a long time the effects of the refraction of light on human body, and for this reason he drew a lot of preparatory sketches.
The artist not only planned the composition, but he also interviewed two of the survivors in order to fully understand what had happened and what they had experienced.

WHERE YOU CAN SEE THE RAFT OF THE MEDUSA

The painting was exhibited in the 1819 Paris Salon and provoked a heated discussion.
Only later on the painting was reevaluated by critics, who recognized it as one of the most important artworks of French Romanticism.
The Raft of the Medusa was bought by the Louvre Museum soon after the death of Géricault at the age of only 33, and is a work you can’t miss. READ ALSO:  The Louvre Museum: brief history of a museum

2 thoughts on “The Raft of the Medusa by Théodore Géricault: where you can admire it.”