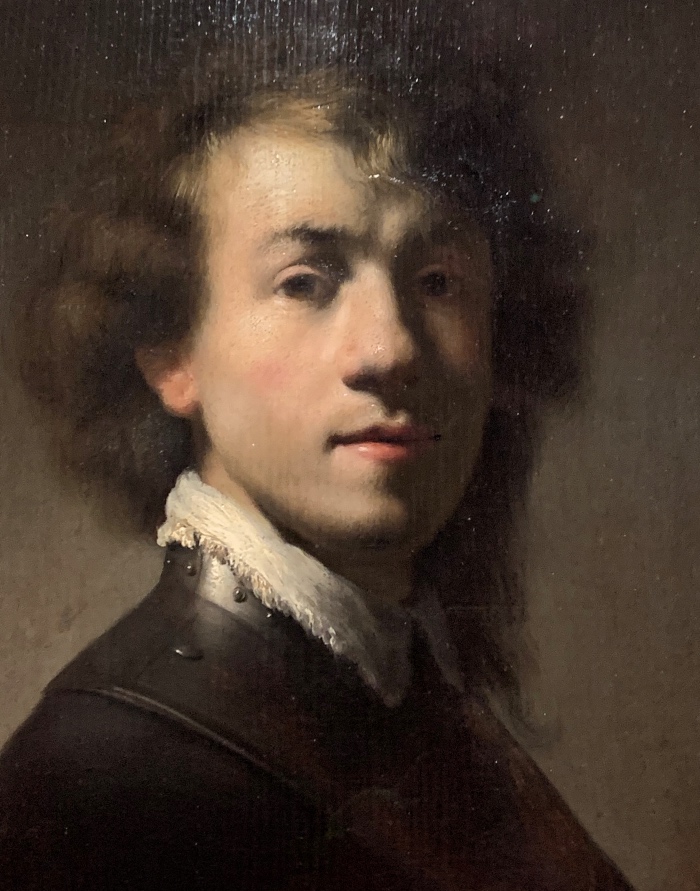 LIFE OF REMBRANDT: 5 THINGS TO KNOW

The life of Rembrandt is made up of great masterpieces and several tragedies.
When you’re in front of one of his many paintings, you should always understand which period of his life it belongs to, because the private life of Rembrandt influenced his work deeply.

In this post you’ll find the life of Rembrandt in 5 points.

Life of Rembrandt: 5 things to know 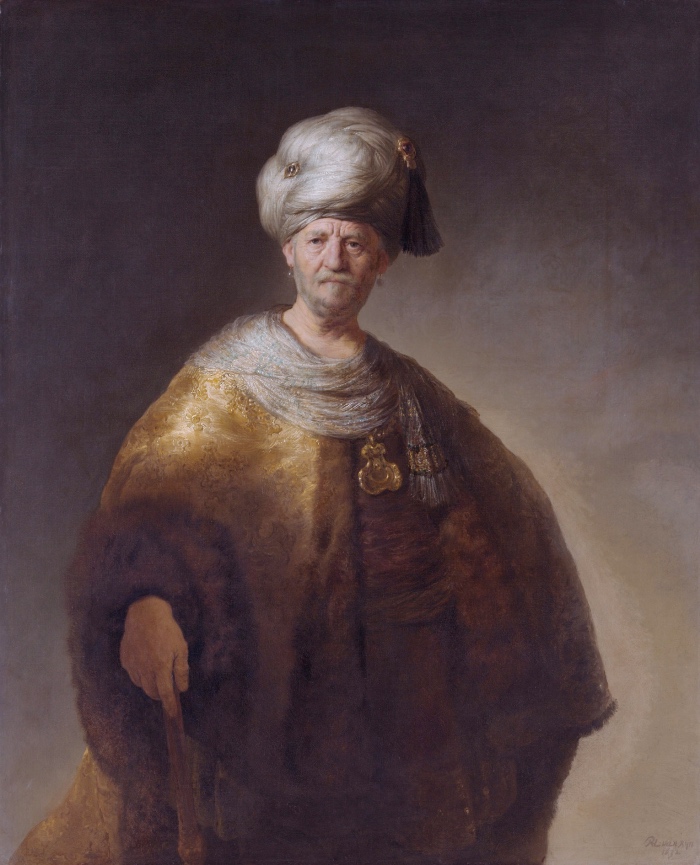 1. WHERE AND WHEN REMBRANDT WAS BORN

Rembrandt was born in 1606 in the Netherlands, in Leiden, where he studied at the Latin school, attended drawings lessons, went to the university, learnt the painting techniques in Jacob van Swanenburgh’s workshop and set up his first workshop.
In his first paintings emerges the use of “chiaroscuro”, which would be the feature of his success and is a clear reference to Caravaggio’s works.

2. THE LIFE OF REMBRANDT IN AMSTERDAM

In 1639 Rembrandt moved to Amsterdam and his house is now the Rembrandt House Museum, where you can admire his paintings and you can discover his life.
The life of Rembrandt in Amsterdam was extremely successful, and clients competed to have one of his paintings, and he became the most sought-after portrait painter among members of the bourgeoisie.
“The Anatomy Lesson of Dr. Nicolaes Tulp” dates back to 1631 and “The Night Watch”, which is considered his masterpiece, to 1642.

The most important feature of Rembrandt’s art is the dramatic use of light and shadow, inspired by Caravaggio’s works.
Faces and bodies are realistic in Rembrandt’s works and distant from the rigidity of the works made by the artists of his time.

Rembrandt dedicated himself both to small paintings, characterized by religious and allegoric subjects, and large paintings depicting dramatic scenes from the Bible or mythology.
In addition, he did many portraits and prints of landscapes. 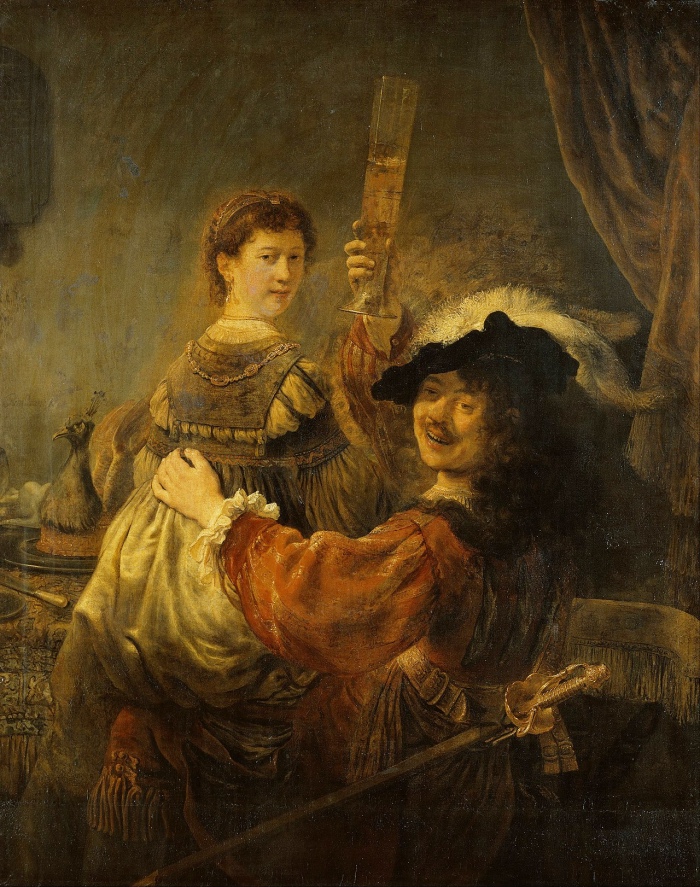 Rembrandt, The Prodigal Son in the Brothel

4. REMBRANDT AND HIS WIFE SASKIA

In 1634 Rembrandt married Saskia and for the artist began the happiest time of his life.
His wife belonged to a wealthy middle-class family, and that gave him financial security and rich clients who competed to have one of his paintings.

Happy times ended in 1635, when a series of tragic events changed the life of Rembrandt: three of his newborn children died (only his fourth son, Titus, became an adult) and Saskia died at the early age of 30 of tuberculosis, in 1642. That year marked the beginning of Rembrandt’s personal and professional decline.

After the death of his beloved Saskia, the life of Rembrandt seems to fall into the abyss.
His standard of living was still high, but his financial situation got worse and worse.
The artist had to sell his house and his collections of art objects and antiques he had collected during his life, including also engravings of Italian artists such as Mantegna.
Rembrandt survived all his beloved and died in 1669, a year after the death of his son Titus, leaving around 80 self-portraits he made during his life. They allowed us to see not only his face and his look changing over the time, but also to understand how his style changed. 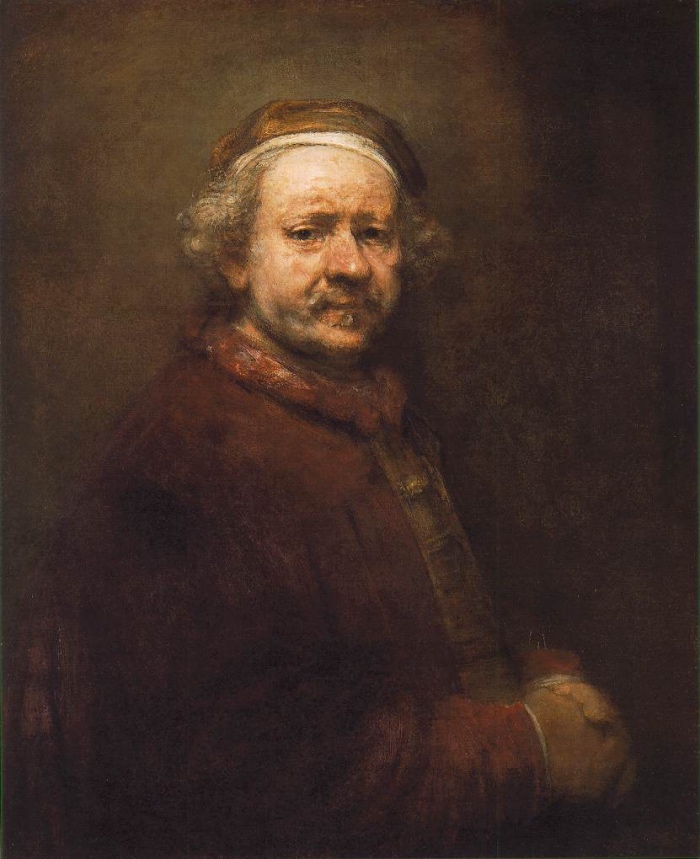 Rembrandt, Self-Portrait at the Age of 63. The last self-portrait painted by the artist.

READ ALSO – Amsterdam in one day: what to do and where to go if you’re an art lover