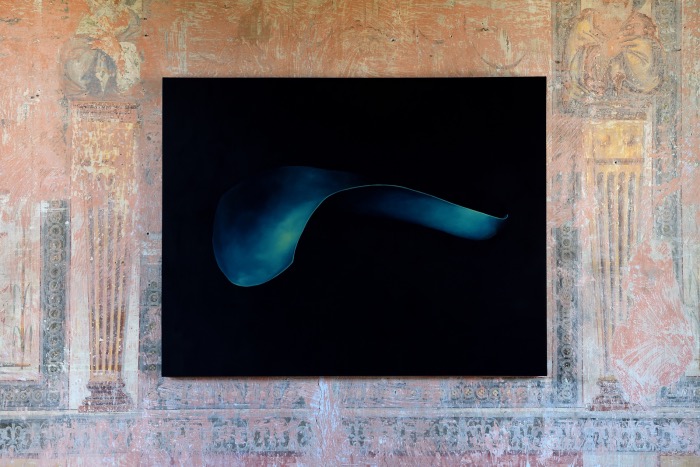 SERJ’S WORKS BETWEEN PAST AND PRESENT

Serj was born in Bergamo in 1985 but lives and works in Berlin.
His work takes shape through a progressive analysis linked to the concept of the work of art as a ‘machine’, an organism composed of elements capable of generating a space of possibilities and producing meaning, knowledge, orientation.

His latest works aim to create a relationship with the architecture and frescoes of the 15th-century Palazzo Oldofredi Tadini Botti in Torre Pallavicina (Bergamo).

Dialogue between past and present at Palazzo Oldofredi Tadini Botti 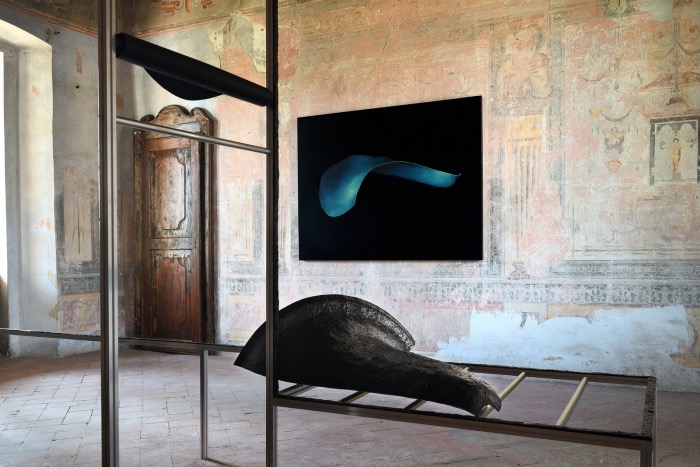 Serj defines a structure that is symbolic and ritualistic at the same time, capable of transforming the physical space into a complex system in which the visitor can completely immerse himself.

Starting from the investigation of the history and function of Palazzo Oldofredi Tadini Botti, designed as a fortified strategic point close to the river Oglio, a borderline with the Republic of Venice, the scene of numerous battles to define territorial boundaries and often used for feasts and hunting parties, Serj rethinks the exploration of the place as the development of a strategy of occupation in which the observer is the protagonist.
It is the spectator who moves between the rooms in a path that leads him, progressively, to take control of the building.

Palazzo Oldofredi Tadini Botti was the secret summer residence of the Sforza family in the second half of the 15th century.

The rooms on the Piano Nobile have walls decorated with marvellous grotesques, an interesting pictorial cycle dedicated to the fable of Cupid, and a military room with landscapes and military settlements referring to the surrounding area.

The loggia, formerly enclosed with large windows, is richly frescoed and observing it, it is possible to imagine the characters that have passed through it in past centuries.
At the end of the 16th century, the Oldofredi of Iseo became the owners of the palace from which they ruled, controlling port duties, river fords and the salt trade. 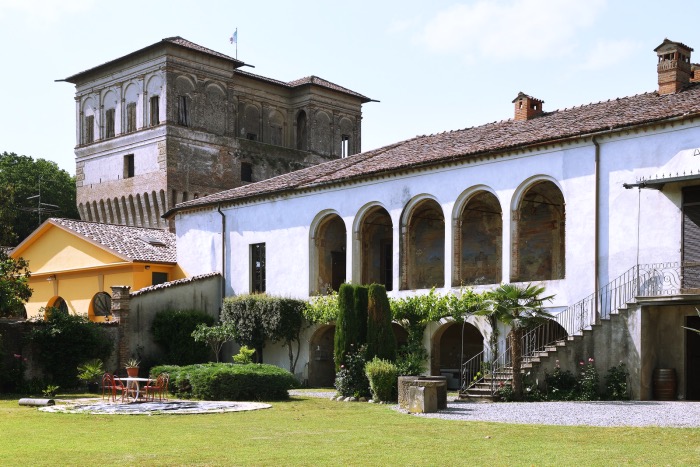 THE EXHIBITION OF SERJ

Sera’s works are on display at Palazzo Oldofredi Tadini Botti, with the patronage of the Torre Pallavicina Municipality and the contribution of Cava di Barco, Farcoderma, Metal Carp, B&B Srl and Lavinia Immobiliare.

The exhibition can be visited every Saturday and Sunday from 4-7 pm.
By appointment during the week.
Admission is free of charge.

Access regulated in compliance with current regulations.
The exhibition is accompanied by a catalogue published by Compagnia della Stampa (Roccafranca, BS), with images of the exhibition and texts by the artist and the curator. 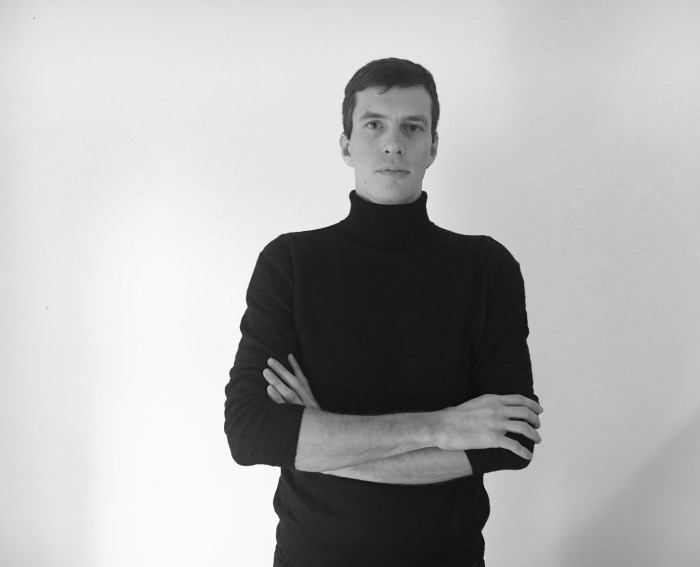