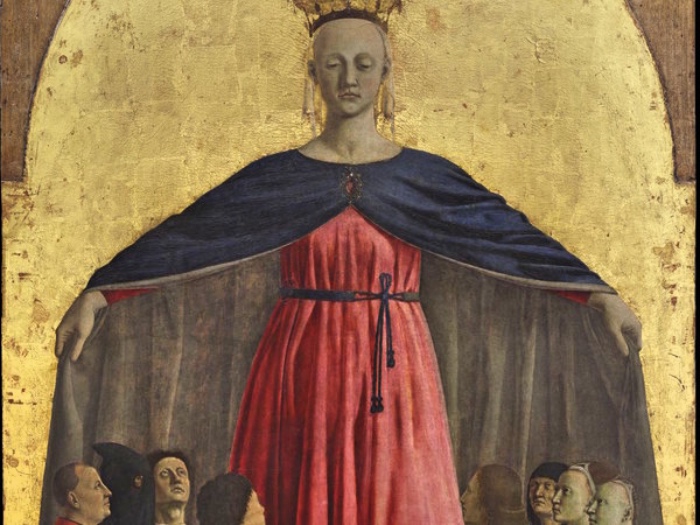 PIERO DELLA FRANCESCA’S VIRGIN OF MERCY WILL ARRIVE IN MILAN

Christmas in Milan. Even this year the Municipality of Milan will give an exhibition consisting of only one masterpiece, but which needs an unlimited time to be admired, as a gift to everybody.
Last year the protagonist of the Milanese Christmas was “the Adoration of the Shepherds” by Rubens, whereas this year the protagonist will be La Madonna della Misericordia (The Virgin of Mercy) by Piero della Francesca, which will be on exhibition from December 6th 2016 to January 8th 2017.

It’s a real gift, not only to the Milanese people, but also to those who will arrive in Milan at Christmas time. In fact you can admire for free La Madonna della Misericordia (The Virgin of Mercy), which is one of the Italian Renaissance masterpieces, and is the first documented work by Piero della Francesca, famous for his study of proportion of forms. 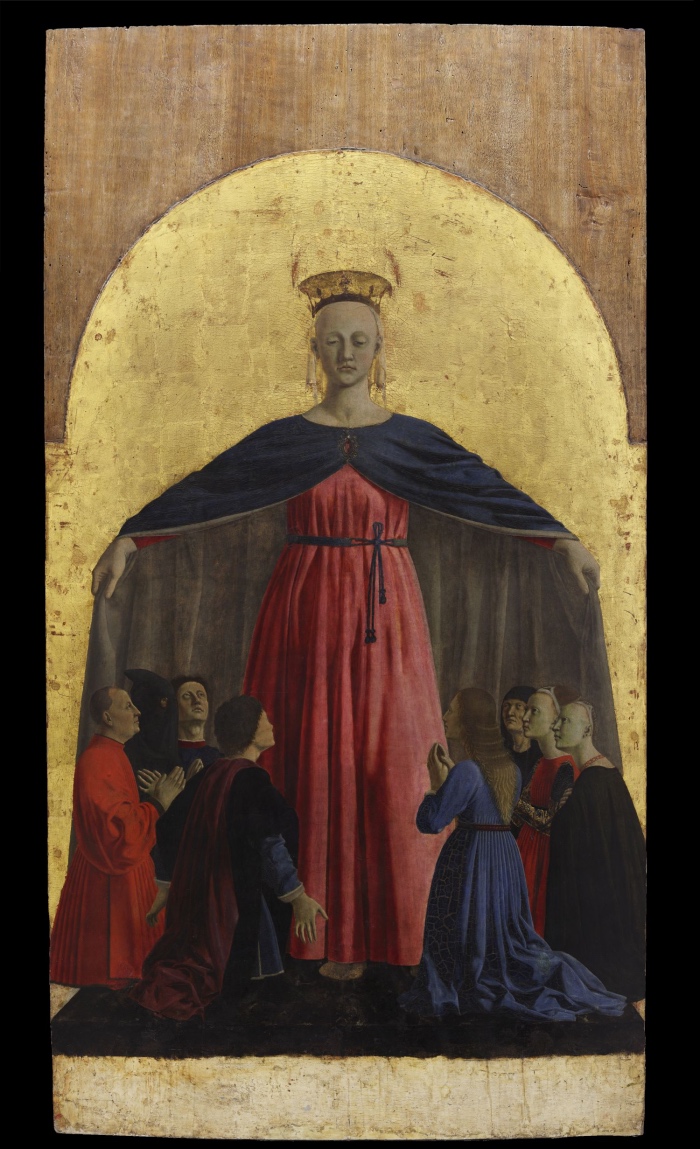 La Madonna della Misericordia (The Virgin of Mercy) by Piero della Francesca on exhibition for free at Palazzo Marino from December 6th 2016 to January 8th 2017.

The painting is the central panel of the polyptych housed at the Museo Civico of Sansepolcro, homeland of the Tuscan master.
Moving this panel is hardly allowed: but it was on display in the latest exhibition dedicated to Piero della Francesca in Forlì and now in Milan.
Thus, admiring this artwork located in the Sala Alessi (Alessi Hall) of Palazzo Marino is an exceptional event.

The Poldi Pezzoli Museum houses one of the four panels of the “Polittico Agostiniano” (the “Polyptych of Saint Augustine”) painted by the artist in Sansepolcro between 1454 and 1469, which portrays San Nicola da Tolentino (Saint Nicholas of Tolentino).

The Pinacoteca di Brera (the Brera Art Gallery), instead, displays “La Sacra Conversazione” (“The Brera Altarpiece”), one of the highest point of the artistic research of the Tuscan artist, based on solid geometry and spatial perspective.

La Madonna della Misericordia (The Virgin of Mercy) portrays the Virgin while opening her cloak to protect her followers, and is also an homage to the end of the Year dedicated to the Jubilee of Mercy.

READ ALSO: the description of another masterpiece by Piero della Francesca, “La Madonna del parto” (“The Madonna of the parturition”). 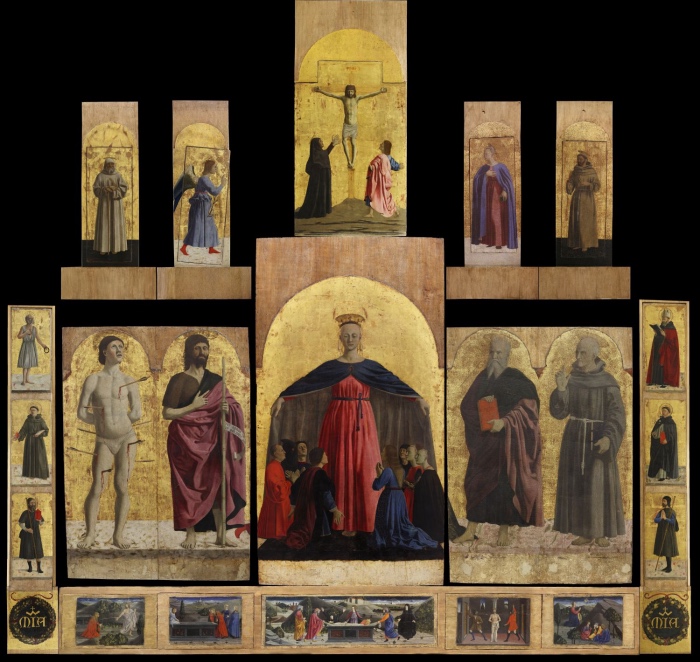 7 thoughts on “The Virgin of Mercy in Milan”