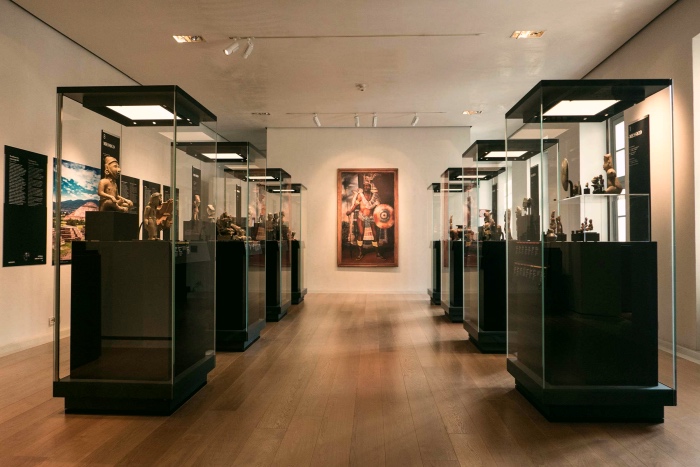 THE WORLD THAT WASN’T THERE: PRE-COLUMBIAN ART IN ROVERETO

There are events in history which are able to arouse men, obligating them to think again about their history, and the role each one plays in the world.
One of this event, maybe the most important, is the discovery of the Americas in 1492 by Christopher Columbus which reveals Il mondo che non c’era (The world that wasn’t there), inhabited by people with a thousand-year-old and mysterious culture.

Il mondo che non c’era (The world that wasn’t there) is the title of the exhibition housed in the rooms of the Alberti Poja Palace in Rovereto from October 1st 2016 to January 6th 2017.
An exhibition which is a journey discovering pre-Columbian civilizations who had lived for thousands of years in the lands conquered by force by the Europeans.
This show will complete the tale of these fascinating people and yet mysterious on several counts begun with the visit to the exhibition on the Maya in Verona. 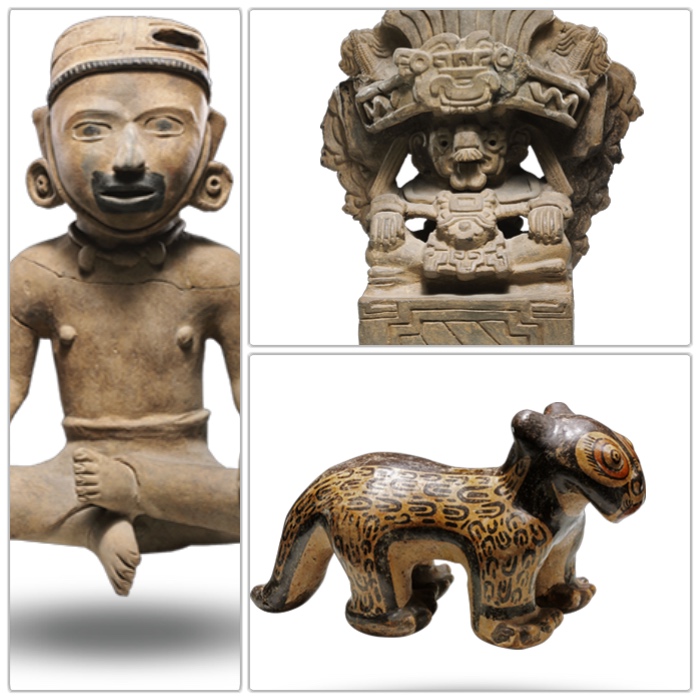 Life, customs and traditions and objects of Mesoamerican and South-American civilizations before Columbus, narrated by around 200 artworks

The exhibition Il mondo che non c’era (The world that wasn’t there) begins with compasses and nautical charts used by the European explorers, because, after all, this show illustrates a thrilling season of history of mankind, made up of people able to look beyond the horizon and imagine a different future.
It would be Amerigo Vespucci, however, who would realize that Christopher Columbus had found neither the Indian Islands off the coast of Japan, nor the Eden’s Door. But those vast territories were a new world, where different cultures, analogous to the European one, had developed.
It would be Albrecht Durer who would be the first to understand and consider those objects coming from those faraway lands to be art.

The American continent, so different in landscapes and cultures from the European one, fascinated the Europeans, who, however, destroyed the Aztec and Inca civilizations, that couldn’t protect themselves from weapons and raids of people coming from beyond the Ocean.
Several centuries would pass before realizing the greatness of those cultures, and still today exhibitions like this one in Rovereto, help us to better understand those civilizations.

Female statuettes characterized by elaborate hairstyle and rough-sketched body which fascinated even Diego Rivera, Frida Kahlo and some surrealist artists.

Figurines of couples of dancers and football players with realistic bodies and expressions, which inspired another 20th-century artist, the sculptor Henry Moore.

The richly decorated Mayan vases dating back to the classical period, which show us a civilized and refined society.

READ ALSO: Trento and Rovereto cities of culture. My itinerary of what you can see in Trentino spending only € 22. 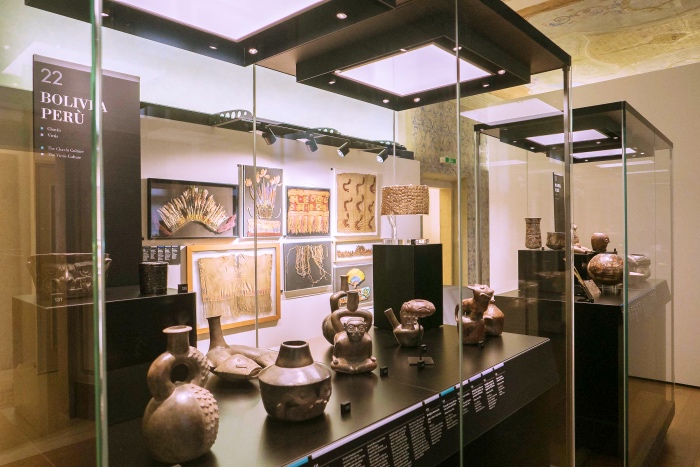 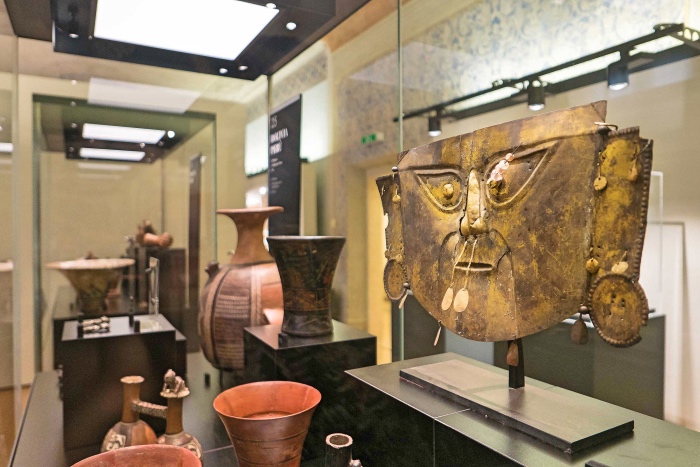 2 thoughts on “The world that wasn’t there: Pre-columbian art in Rovereto”