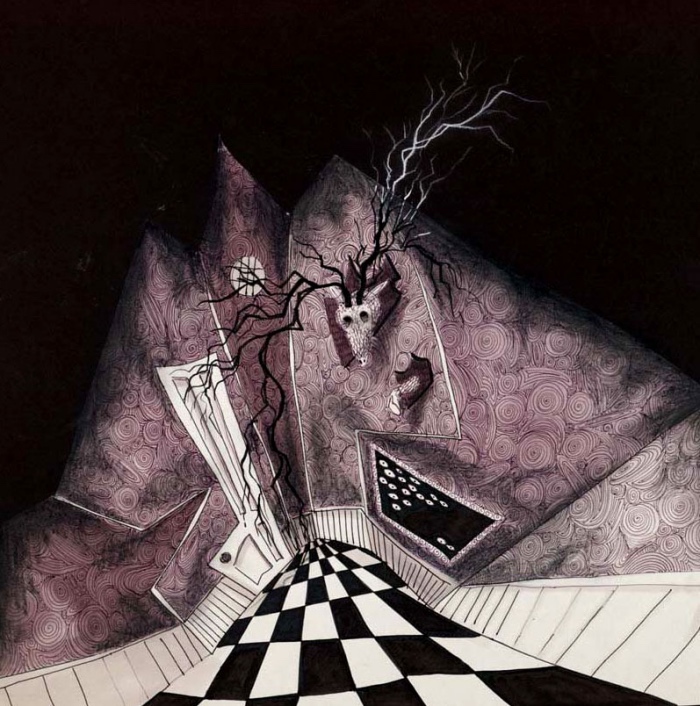 Tim Burton art. Tim Burton is not only a great film director, but also an excellent cartoonist and artist. In this post you’ll find his works and his inspirations.

The director of “Edward Scissorhands” began his first and unlucky collaboration with the Disney Animation Studios in 1979, when he was recruited to release “Stalk of the Celery Monster”.
Tim Burton describes his collaboration with Disney as a devastating experience, which prevented him from expressing his own artistic identity, whereas Disney producers were satisfied with his work, but that wasn’t enough to make Tim Burton a Disney artist.

In the first phase of Tim Burton’s career most of his production was influenced by the Expressionist cinema of the 1920s.
An interesting video published by darlin.it, comparing Tim Burton’s films with some scenes taken from “Metropolis” (1927), “Nosferatu”, “Faust” and “The Cabinet of Dr. Caligari”, shows clear similarities between the landscapes in “Edward Scissorhands” and those in “Metropolis” and in “Nosferatu” (1922).

Tim Burton, drawing inspiration from the popular culture, released around 700 unpublished paintings on exhibition at the MoMA in New York (22nd of november 2009 – 26th of april 2010) , which are representative of Pop Surrealism, better known as Lowbrow Art.
The leading exponents of this artistic movement are Mark Ryden, Ray Caesar and Joe Soren, and they probably have inspired Tim Burton to create some of his most famous characters.

Here are some examples. 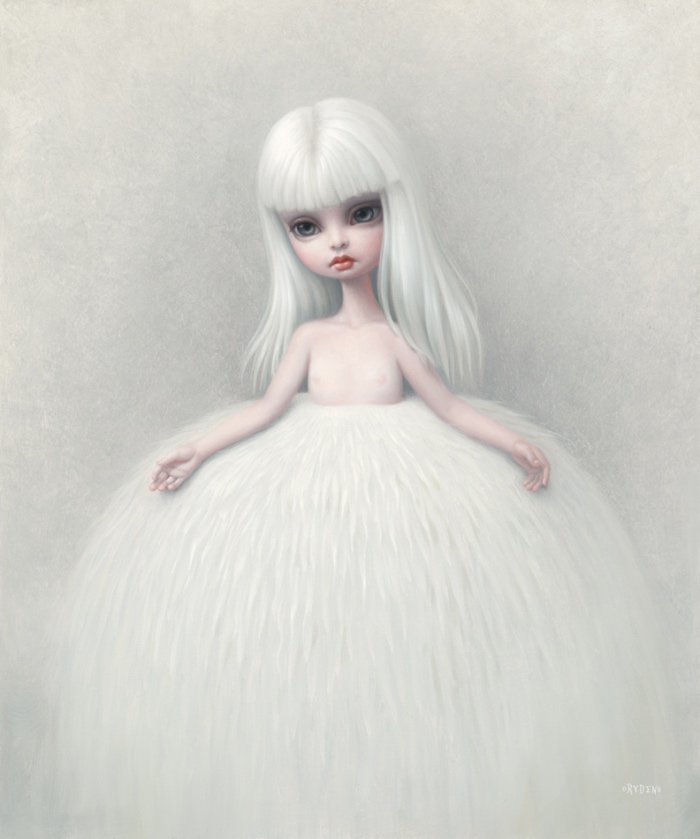 It seems that “Girl in a Fur Skirt” (2008) by Mark Ryden has inspired, two years before its development, the White Queen character, played by Anne Hathaway in 2010 in “Alice in Wonderland”.

And it seems that Ryden’s art has influenced also the Red Queen character, played by Helena Bonham Carter in the same movie, in the size of her head and other small details (for example the crown suspended above her hair). 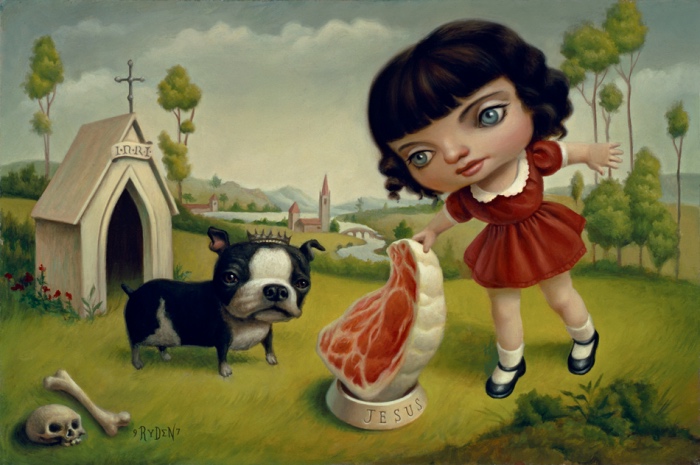 Besides, the Red Queen’s hair and clothes are very similar to a character painted by Ray Caesar. 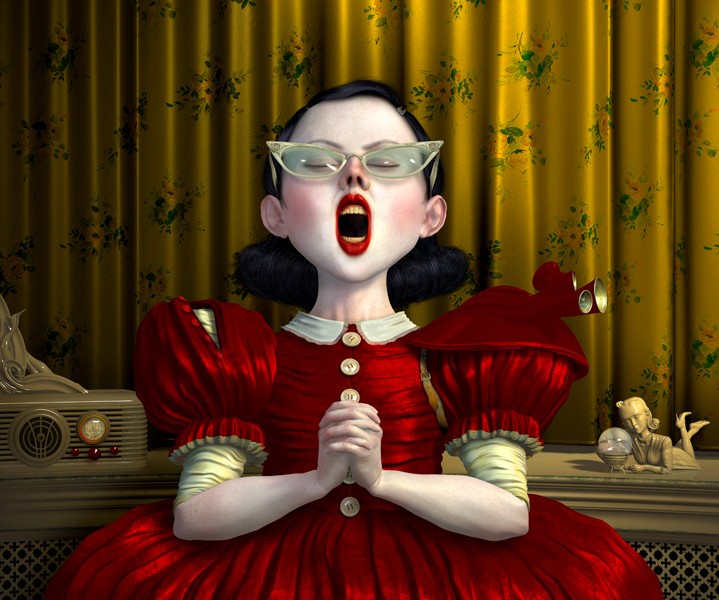