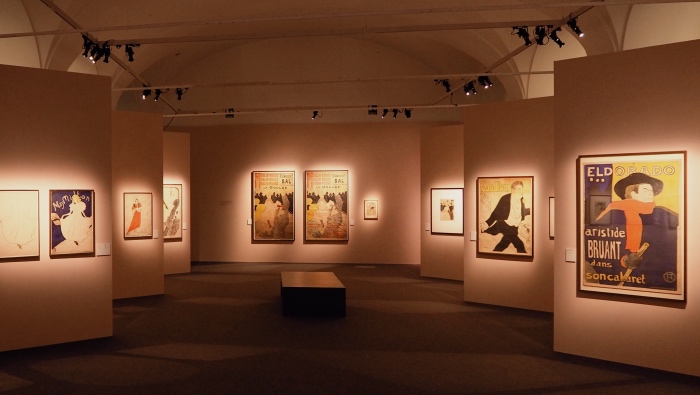 To know who Toulouse-Lautrec was Italy hosts one of the most complete monographic exhibitions ever displayed in Italy.
The artist who more than others was able to modernize the art of the late 19th century, is celebrated with an exhibition which is on view until February 18th 2018 at Palazzo Reale in Milan.

I visited the exhibition and in this post you’ll find 4 works to see to really know this artist.

On display over 200 works tracing the life of Toulouse-Lautrec, born into one of the most ancient and noble families of France, but who was a witness of the Belle Époque in Paris, that of brothels and nightclubs (cafés-concert).

In Milan you’ll admire the complete series of the posters designed by the artist, together with his studies, drawings and preparatory sketches.
This could be enough to know who Toulouse-Lautrec was, but there are also other artworks describing his personality and creativity.

1. Maurice Guibert, “Henri de Toulouse-Lautrec dressed in Japanese costume” (around 1892). This is one of the several photos you can admire at the exhibition, and especially in the introductory section of the tour.
Toulouse-Lautrec developed a passion for photography, but especially for being photographed, creating his own image and charging his friends with photographing him while striking ironic poses. If compared with austere family photos, the photos of Toulouse-Lautrec are a real act of rebellion. 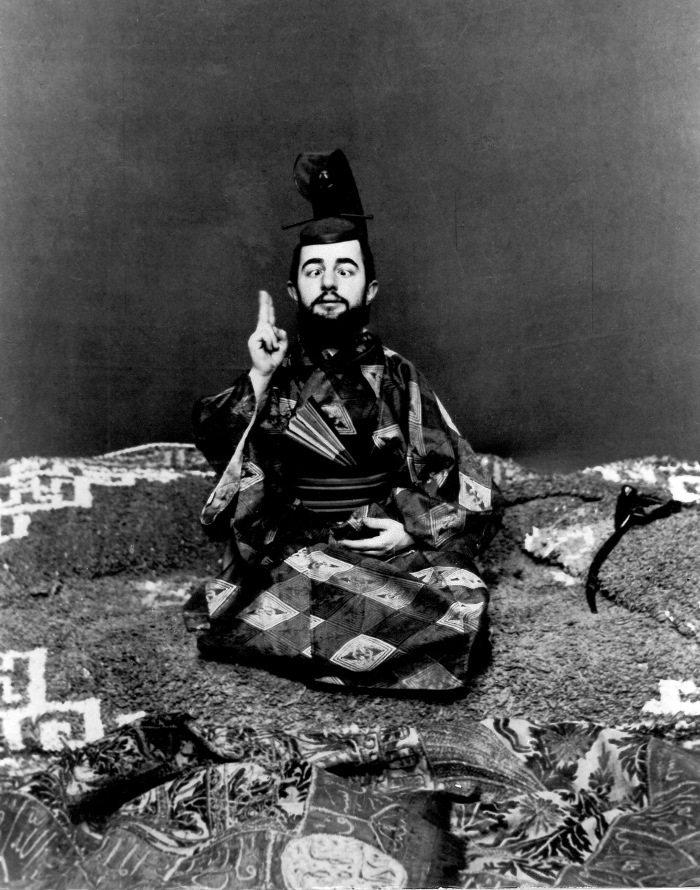 2. “Ambassadeurs: Aristide Bruant” (1892) is the poster for Aristide Bruant’s show at Les Ambassadeurs, and is considered the most famous among posters and prints Toulouse-Lautrec designed between the 19th century and the 20th century.
Aristide Bruant was a famous French cabaret-singer and comedian who performed at cafés in Montmartre, and obliged the nightclub director to affix this poster, which was characterized by few colours and schematic lines. 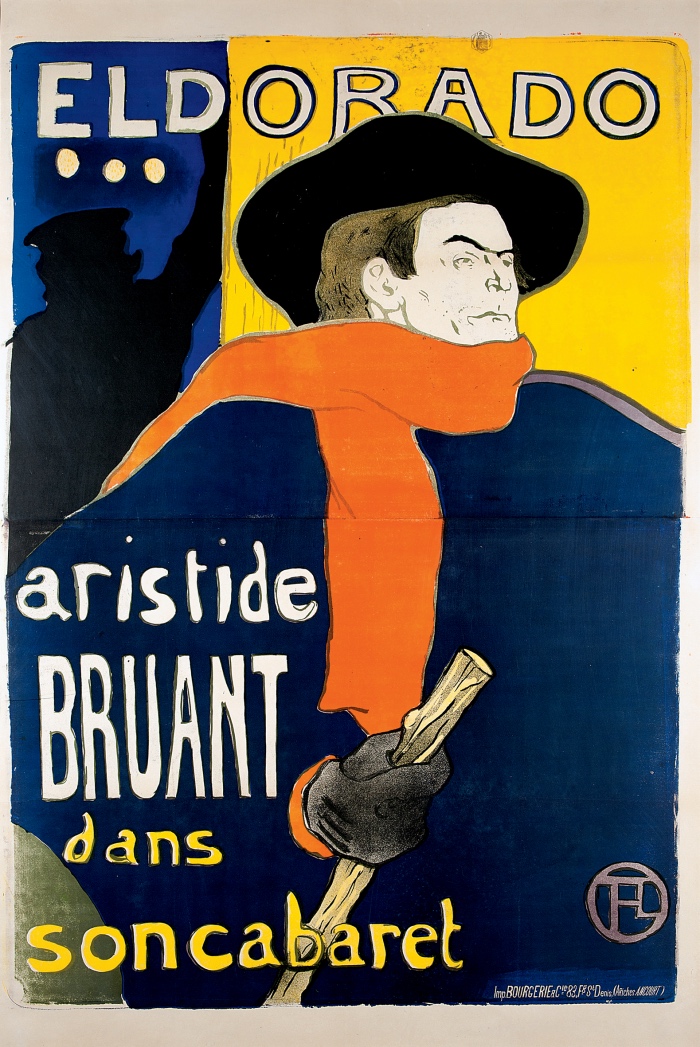 3. “Divan Japonais” (1892-1893) is the most successful and famous work Toulouse-Lautrec created for a nightclub which was decorated in Japanese style with painted silks, lacquer furniture and bamboo chairs. The artist depicts the singer of the Moulin Rouge Yvette Guilbert, recognizable by her distinctive black gloves, while Jane Avril (the most famous dancer of the Moulin Rouge) wearing a black dress and sitting next to the music critic Dujardin occupies the foreground of the poster. 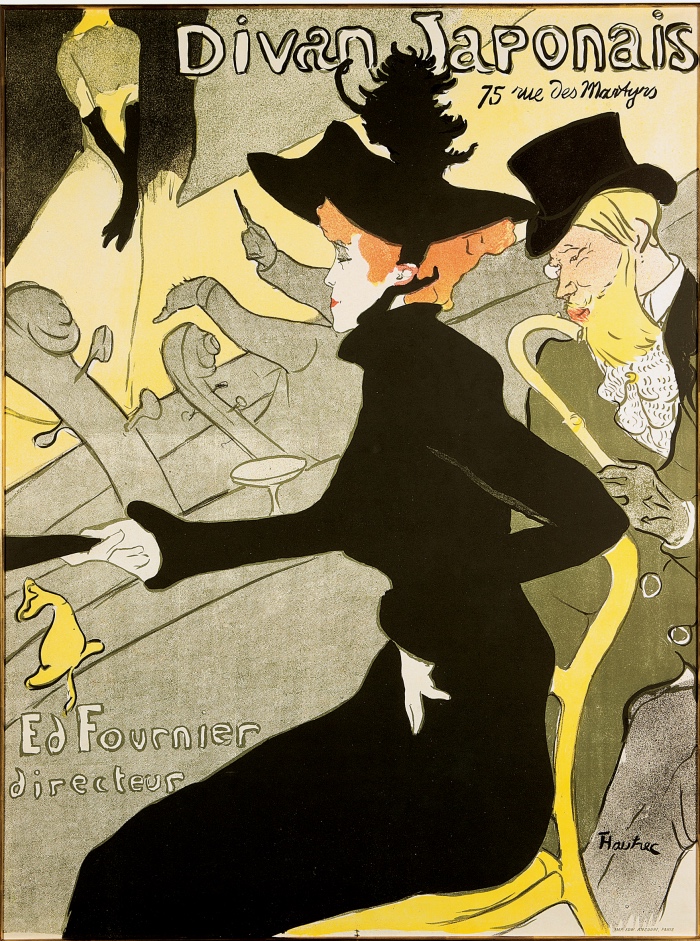 4. “La clownesse assise, Mademoiselle Cha-U-Kao” (1896), is a recurring figure in Toulouse-Lautrec’s work. Mademoiselle Cha-U-Kao was a dancer, an acrobat and a clownesse at the Noveau Cirque and at the Moulin Rouge, who was named after the phonetic transcription of the French words “chahut”(acrobatic dance derived from cancan) and “chaos” breaking out as soon as she appeared on the scene.

The girls the artist spent time with were a constant source of inspiration, and the exhibition illustrates all the aspects, even the “hottest” one in the section called “Elles”, dedicated to the description of the life inside the brothels.
That was the world of Toulouse-Lautrec and that made him the “minstrel” of Montmartre and the street life, nightclubs and houses of that quarter so fascinating to many artists. 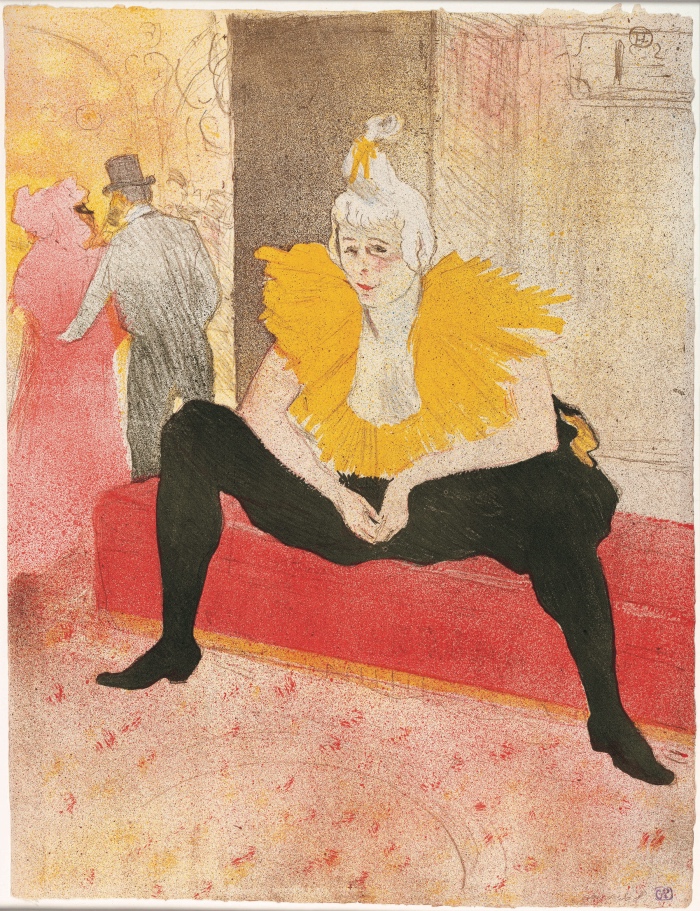