Painter, sculptor and theorist of Italian Futurism.
Umberto Boccioni went through a piece of art history, by living intensely each moment.
In this post you’ll find everything about Umberto Boccioni works and life in 5 points. 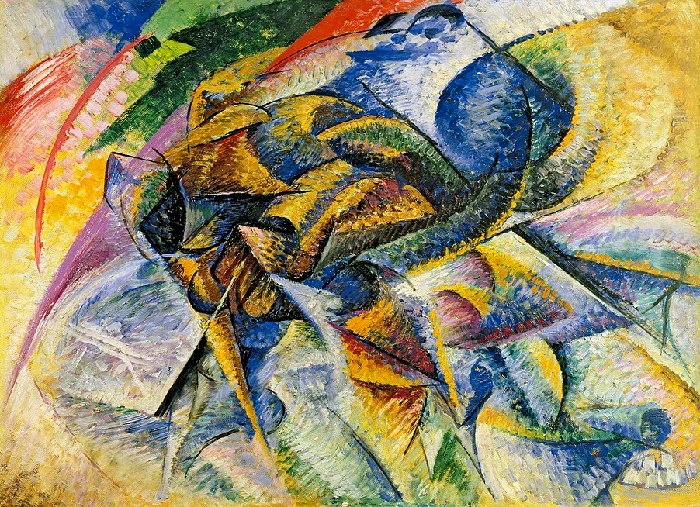 Boccioni, Dynamism of a Cyclist

Umberto Boccioni was born in Reggio Calabria in 1882, and spent his childhood and adolescence travelling throughout Italy (he lived in Forlì, Genoa, Padua, and Catania) due to his father’s frequent transfers, who was an employee at the prefecture.
In Catania Boccioni began working with some local magazines, and in 1901 he moved to Rome and began working as a drawer and illustrator.

2. BOCCIONI STUDENT OF GIACOMO BALLA AND HIS JOURNEYS TO PARIS AND RUSSIA

In Rome Umberto Boccioni met Giacomo Balla, who would become his teacher and teach him the secrets of Divisionist technique and study of the light.
The artist met Gino Severini, who was a student of Giacomo Balla too, but Boccioni soon had the need to study Impressionist painting in person. For this reason in 1906 he made a journey to Paris and immersed himself in Parisian artistic life.
In Paris he met the Berdincoff spouses, who gave him the chance of making a 5-month journey to Russia, where he painted the well-known “Portrait of Sophie Popoff”. 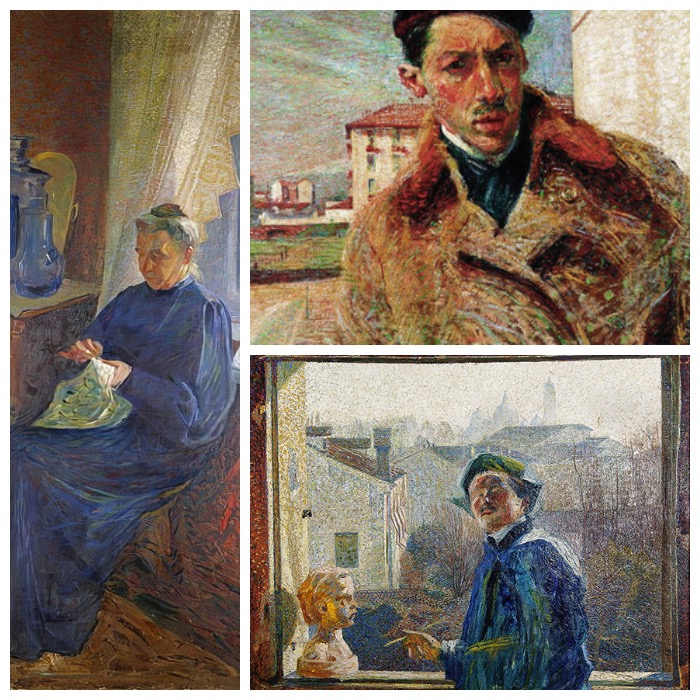 On the left: Portrait of Sophie Popoff. Above: Umberto Boccioni’s Self-Portrait. Below: Portrait of a sculptor

Got back to Italy at the end of 1906, Umberto Boccioni attended the Accademia di Belle Arti of Venice. At the end of the following year, however, he went to Milan where his mother and sister lived, and there he had the chance to study  Giuseppe Pelizza da Volpedo’s works. Besides, he became interested in Gaetano Previati’s painting, whom he met in person in 1908. He read his book “La tecnica della pittura” (“Painting Technique”), and learnt to mix Divisionism with Symbolism and shared his interest in social matters, as well.

While Umberto Boccioni developed important relationships with the artists of his time, themes of ordinary life entered his paintings, exhibited at the Permanente in Milan, the Salon d’Automne in Paris. In 1910 he held his first solo exhibition in Venice, at Ca’ Pesaro, where he displayed 42 works with a catalogue containing a text written by Filippo Tommaso Marinetti.
In 1910 Boccioni painted the painting “Riot at the Gallery”

In 1911 Boccioni arranged together with Carrà an exhibition of Futurist painters in Paris, and met Picasso and Apollinaire.
The artist promoted all Futurist activities with events, writings and public speech.
He supported Italy’s entry into the war, and in 1915 he enlisted, together with other Futurist artists.
Umberto Boccioni died in 1916, after falling from his horse during a cavalry training exercise near Verona. 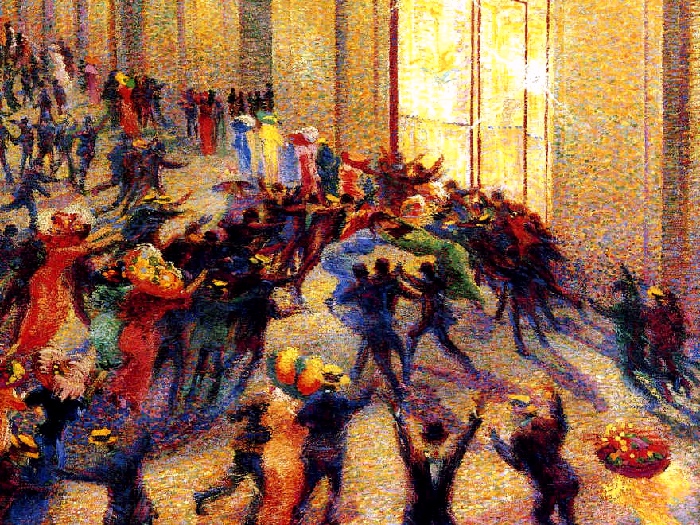 Boccioni, Riot at the Gallery