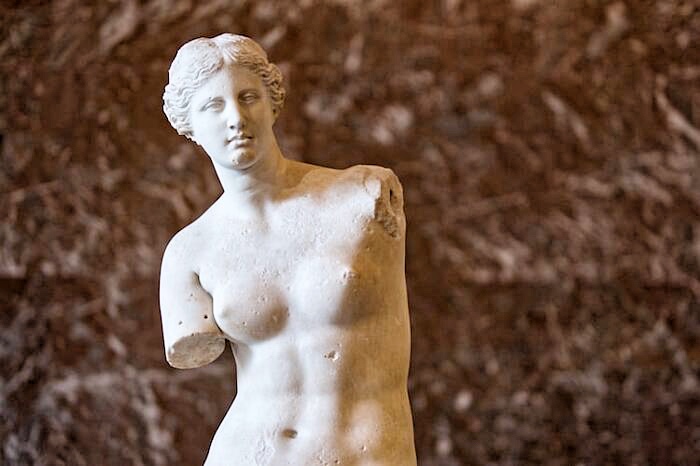 Why was the Venus de Milo created and which story does this statue, which had remained hidden under the ground of an island in the Aegean Sea for centuries, tell?
In this post I will make you discover a masterpiece of Greek art which, even though has arrived damaged up to the present day, continues to captivate audiences with its beauty.

The Venus de Milo in 5 points 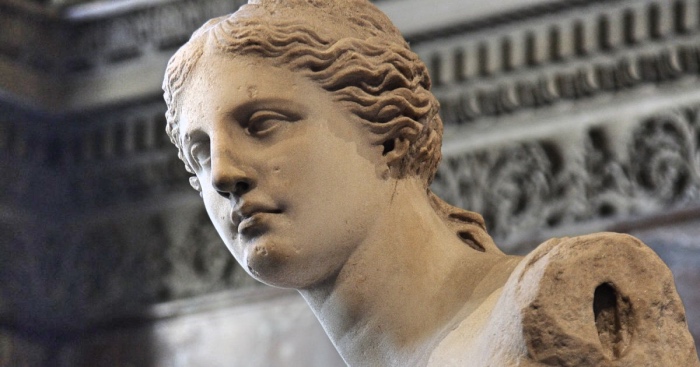 1. WHEN THE VENUS DE MILO WAS DISCOVERED

This masterpiece of ancient Greek sculpture dates back around 130 – 100 BC, but for us its story begins in 1820, when it was discovered by a peasant in a field near the ancient theatre on the Greek island of Milos.
The ambassador of France was warned of the discovery, and lengthy negotiations began with the Greek government to decide which Country could award the work.
It was diplomacy, or maybe the threat of a French warship, which was approaching the island of Milos, to decide that the Venus de Milo could reach Paris to be placed inside the Louvre Museum.

2. WHERE YOU CAN ADMIRE THE VENUS DE MILO

The Venus de Milo has been housed in the Louvre Museum since 1821, and is one of its unmissable artworks.
In fact, I talked about it also in the post Louvre works: what you must see you’d better read if you want not to miss the most important masterpieces.

So, to admire the statue you have to enter one of the most famous and visited museums in the world.
Obviously, booking your admission ticket will allow you to skip the line at the entrance, which at the Louvre is never missing, and go straight to the Venus.
For all information on admission tickets and how to arrange your visit, read the post Louvre Museum: works, tickets, history and everything you should know.

3. WHAT THE VENUS DE MILO REPRESENTS

The sculpture represents a beautiful woman, identified as the goddess Venus. According to some scholars the goddess is portrayed while is giving Paris the golden apple, who has decided that she is the fairest among the goddesses.
We can see the movement of the bust also on the folds of the fabric, which goes down along the hips and covers the legs.
The weight of the body lies on the right leg, while the head is slightly turned to one side. Her hair and dress create a play of light that makes it one of the most beautiful statues of classical world.

4. WHO MADE THE VENUS DE MILO

The artist who created the Venus de Milo is Alexandros of Antioch.
The confirmation has arrived after the deep analysis of the inscription on the section of the base of the statue remained.

The analysis and studies carried out on the Venus de Milo allowed us to understand how it was possible to create a statue more than 2 meters tall and carry it to the place where it was intended.
Actually, it’s a statue composed of two parts. The lower part, corresponding to the dress, was sculpted separately and in order to match perfectly with the higher part, which corresponds to the female nude.
The cut in the marble is hidden among the folds on the hips. 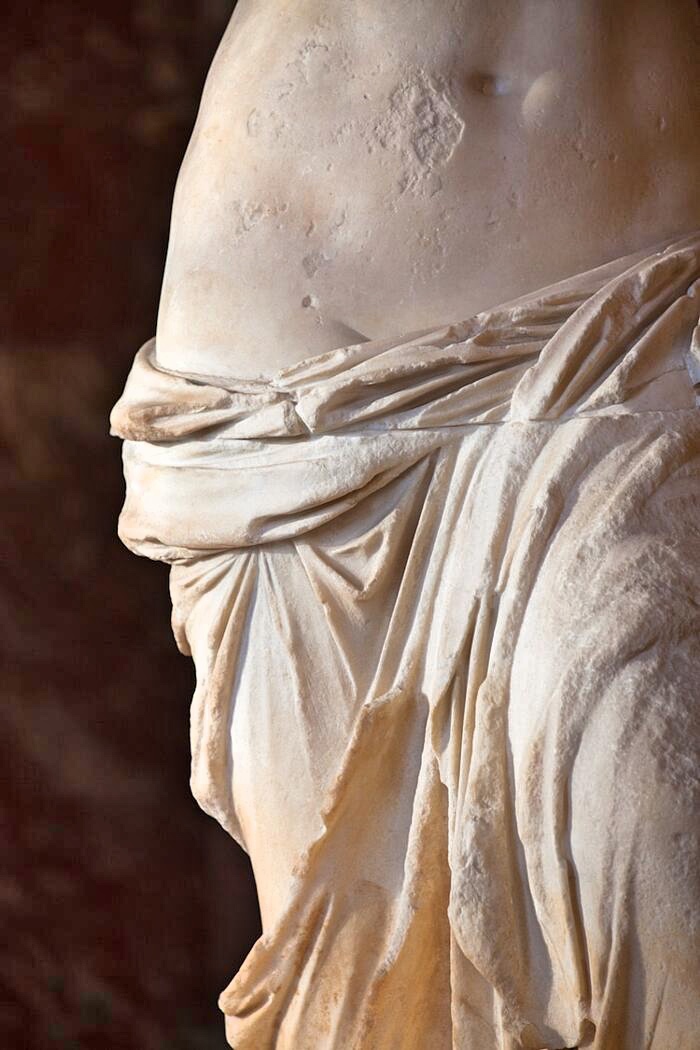 READ ALSO – The Louvre Museum: brief history of a museum

5 thoughts on “The Venus de Milo: 5 things to know”