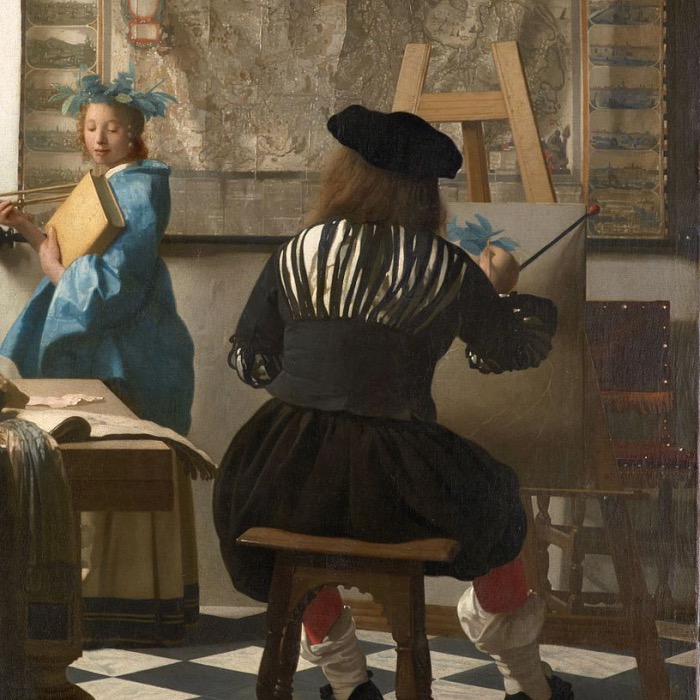 VERMEER’S WORKS: THE MOST BEAUTIFUL PAINTINGS AND WHERE TO FIND THEM

Vermeer’s works to see to know the exponent of a painting based on the depiction of scenes of ordinary life.

Only very few works by Johannes Vermeer have survived.
It’s said that they are only 36 and most depict domestic interiors with people doing ordinary activities.
In this post you’ll find the most important works by Vermeer, useful information about where you can admire them and some curious facts about the life of the Dutch artist.

VERMEER’S WORKS: THE MOST BEAUTIFUL PAINTINGS AND WHERE TO FIND THEM

The subjects of Vermeer’s works are common to other painters contemporary with him, but his paintings seem to forerun photography and describe Dutch houses of the 17th century. 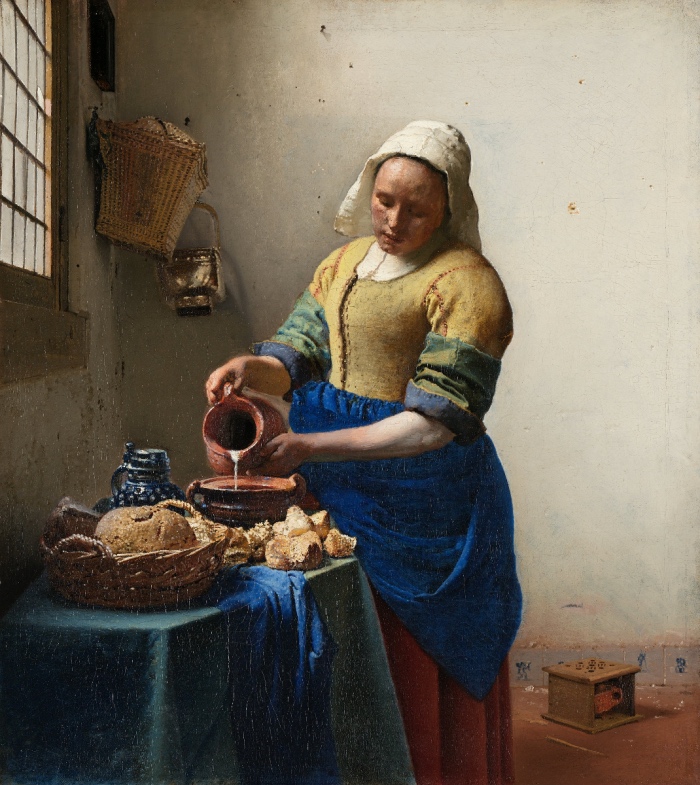 The Milkmaid by Vermeer

The light coming from the window surrounds the entire room, drawing our attention to the woman pouring some milk from a jug.
All the objects in the room are described accurately, but it’s the atmosphere created by Vermeer that attracts our attention. It seems that everything is happening in absolute silence, and this is one of the features common to all his paintings. 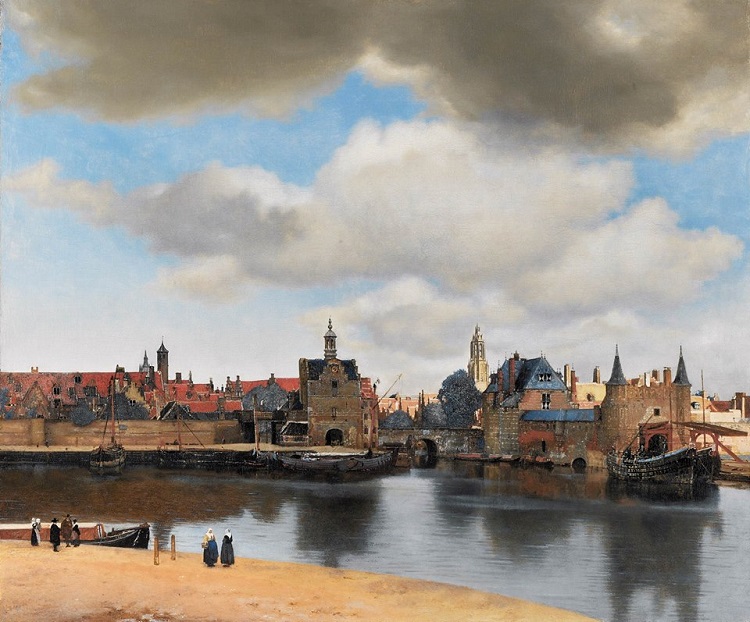 View of Delft by Vermeer

This is one of the rare Vermeer’s paintings in which the artist’s gaze looks outside and not inside a house. It portrays a view of the port of Delft which looks a lot like works by Canaletto or Bernardo Bellotto. In fact, scholars believe that Vermeer used a camera obscura, an instrument used by artists of Vedutismo. 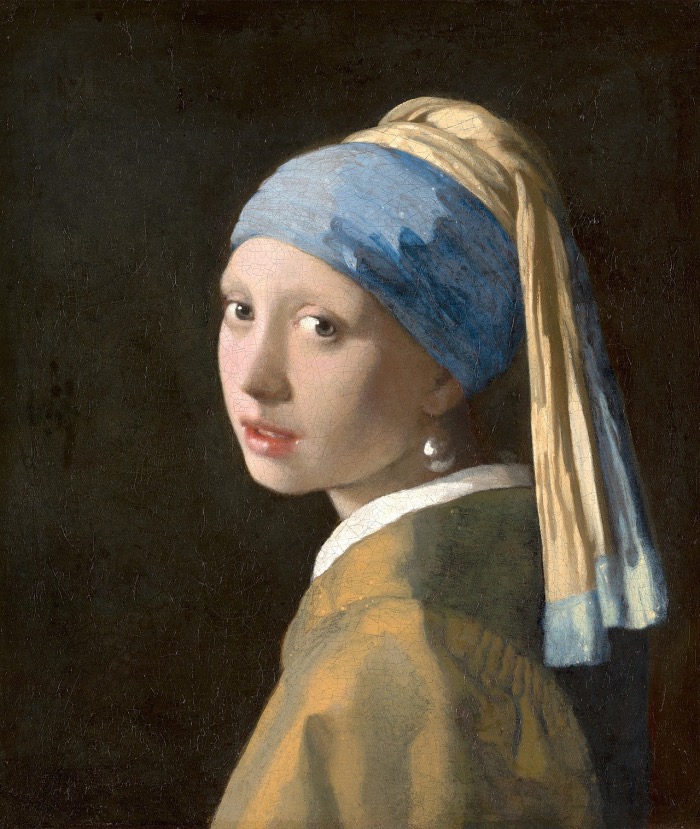 This painting is known as The Girl with a Pearl Earring, thanks to a successful novel which built a charming story about this painting.
The first news about the work dates back to 1881, when it was acquired by an art collector at a low price.
But that collector saw something unique in that portrait.

The Allegory of Painting (around 1666) 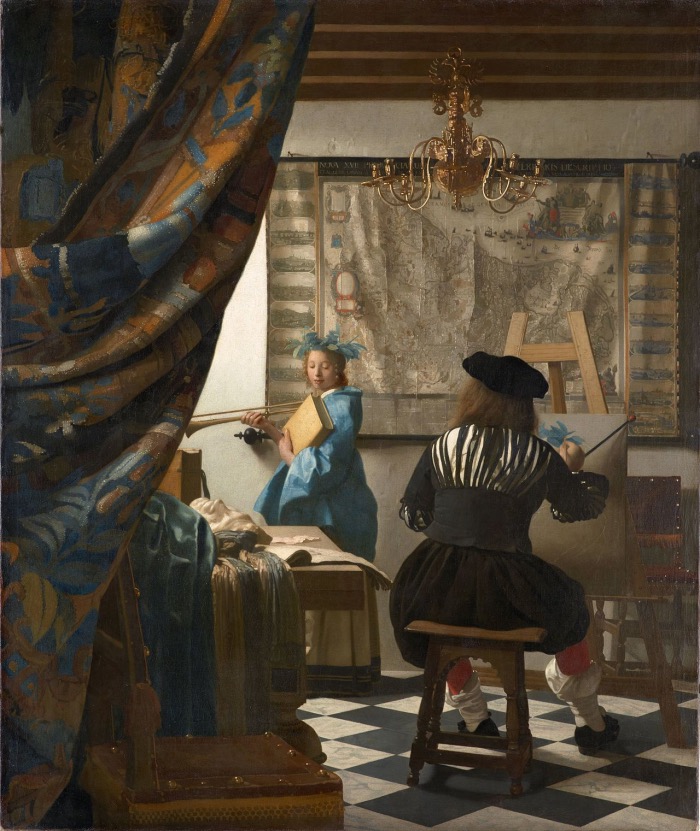 The Allegory of Painting

According to some documents, when Vermeer died his wife Catharina Bolne bequeathed a painting entitled “The Art of Painting” to her mother.
Officially, it was a repayment, but it was maybe just an attempt to save the painting from the auction sale to satisfy creditors. Anyway, the painting was sold at auction.
It was probably a family heirloom and the artist portrayed from behind was Vermeer himself.
More about the painting in the post The Allegory of painting.

One thought on “Vermeer’s works: the most beautiful paintings and where to find them”