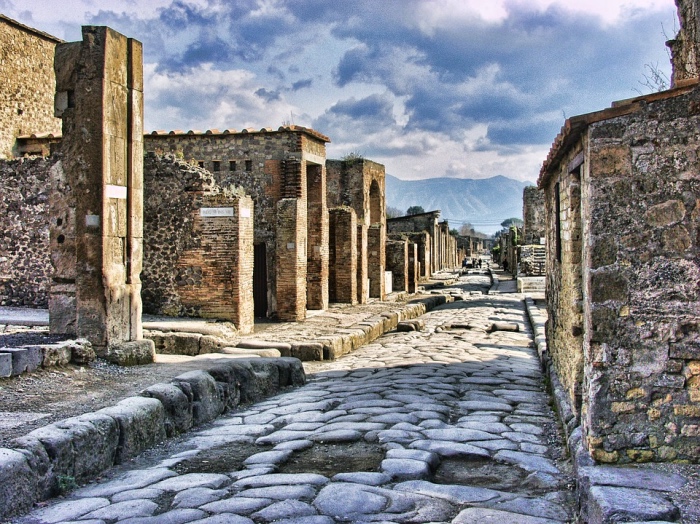 VISITING POMPEII: ITS VILLAS AND ITS HOUSES

Visiting Pompeii is an amazing experience on all counts.
Walking along ancient roads and entering the houses of one of the most important cities of Ancient Rome is exciting, especially if you think that for many centuries Pompeii and its inhabitants have been buried under volcanic lava and ash of Mount Vesuvius.

On 25th August 79 AD a violent eruption of Mount Vesuvius marked the end of a lively city and the beginning of a new history.
The lava has frozen time in Pompeii, and for this reason visiting its villas and its houses will offer you a unique opportunity to admire a Roman city.
Here is where to go if you want to visit Pompei iand not to miss the most important places.

Visiting Pompeii: what you can’t miss 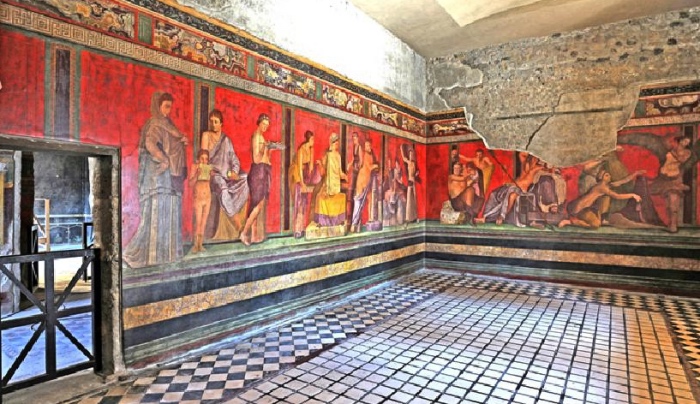 1. The Villa of the Mysteries is probably the most famous building to visit in Pompeii.
The name of the building derives from the decorations on the interior walls, because, according to scholars, they represent the Dionysian mysteries, that is to say those rites connected to god Dionysus.
Actually, there are many interpretations, but what is certain is that the scenes depicted are connected to the deepest-rooted Latin tradition.
In the area of the villa where servants lived, archeologists found some petrified skeletons which indicate that the servants couldn’t save themselves whereas the master, maybe, was able to escape or was caught by the avalanche of ash and lapilli on the way.

2. The House of the Tragic Poet is the building housing the famous mosaic with the writing “Cave canem” (“Beware of the dog”), which more than a warning was a joke played on visitors and guests.
In an episode of Petronius’s “Satyricon” the protagonist of the story is scared by a huge dog painted at the entrance of the house. 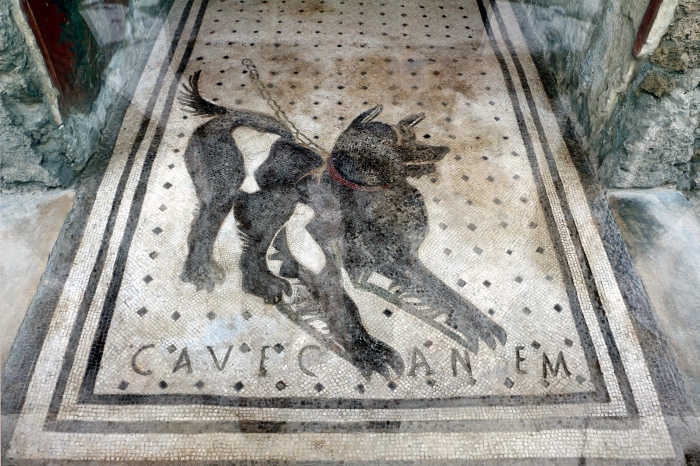 3. The House of the Faun is large and certainly belonged to an important person.
The name of the house derives from the bronze statue representing a faun located in the center of one of the main rooms.
The building complex includes two communicating areas with their own independent entrance: on the one side there were shops, on the other side there was the house.

4. The House of the Labyrinth derives its name from the beautiful mosaic depicting the fight between Theseus and the Minotaur in the labyrinth.
You can’t visit Pompeii without admiring this building which represents the typical house of the Roman aristocracy, where among other things there’s a well-preserved colonnade around a garden (called peristyle). 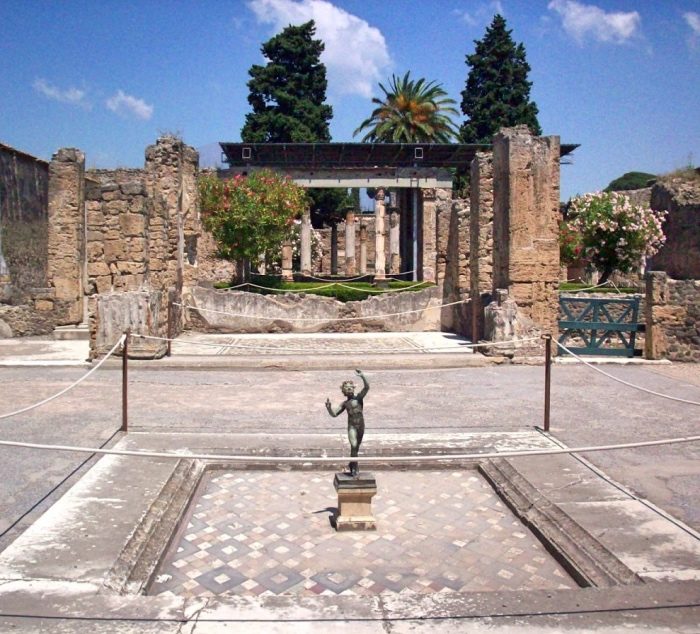 READ ALSO – 7 wonders of the world: what they are and where they are