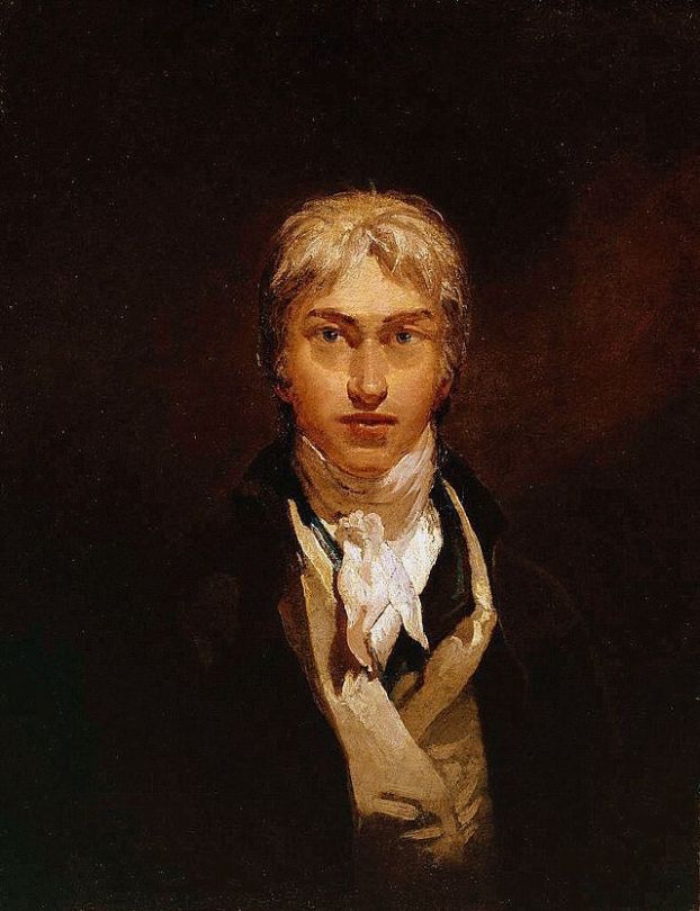 William Turner’s works and curious facts about the most important English Romantic artist and forerunner of Impressionism.
In this post I’ll talk about William Turner through 5 of his most beautiful paintings.
I’m curious to know in the comments which is your favourite painting among those I’ve chosen.

William Turner’s works: those you must know 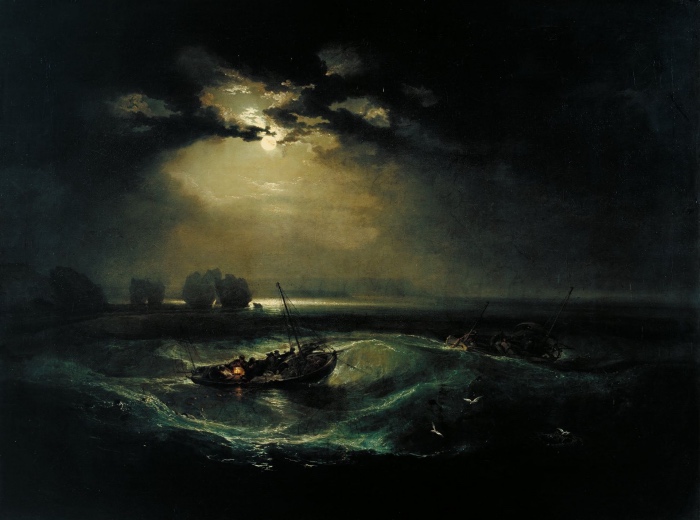 William Turner was born in London in 1775.
His father was a barber and a wig maker, his mother, instead, was an eccentric woman who suffered from severe mental disturbance.

In 1796 Turner exhibited at the Royal Academy his first oil painting entitled “Fishermen at Sea” which had considerable success.
In this painting he depicted one of his favourite subjects: a maritime scene.

Light is the true protagonist of William Turner’s works, and his painting is illuminated, moving and the result of tireless research and experimentation.

In the painting portraying the burning of the Houses of Lords and Commons Turner drew inspiration from a real event: the fire of London on October 16th 1834.
In that event a fire destroyed the Houses of Parliament, and Turner portrays a violent fire which lit the night in London and devoured everything.

This work is the beginning of something new in history of art.
It marks the time in which the artist’s paintbrush applies the colour to make the whole range of colour emerge.
Just like Impressionists will do some decades later.

The Burning of the Houses of Lords and Commons (1835)

In 1819 Turner went on a long trip to Italy.
His aim was to study in depth the use of colour, experiment new ways to describe light and admire the masterpieces of the artists of the past.
In each city the artist painted oil paintings, sketches, drawings and watercolours in which the nature always seems to be something huge while men always appears small and almost insignificant. 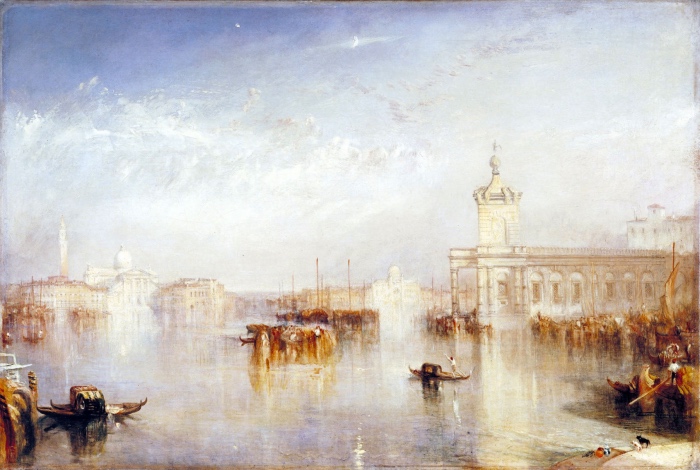 William Turner, The Dogana, San Giorgio, Citella, from the Steps of the Europa (1842)

4. LIGHT AND COLOUR (GOETHE’S THEORY) – THE MORNING AFTER THE DELUGE – MOSES WRITING THE BOOK OF GENESIS (1843)

The study on colour and light effects led William Turner to carry out a series of research and study Goethe’s scientific theories about colour.
These studies led him to levels of abstraction similar to some 19th-century paintings, making the forms disappear.
Everything appears undefined, like in the painting “After the Deluge”. 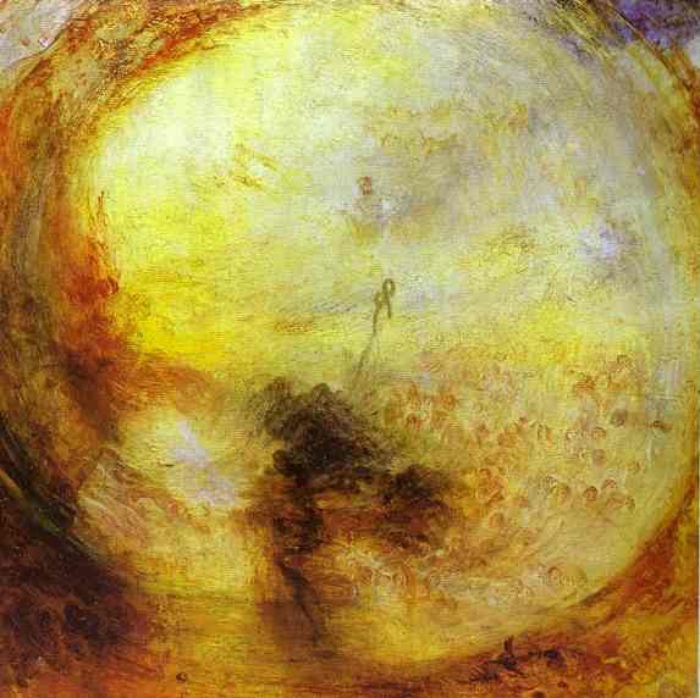 In “Rain, Steam and Speed- The Great Western Railway” the features which made Turner so important for many generations of artists are evident.
On the canvas the colours blend in an undefined way, and the image is not immediately recognizable, and only after observing it with attention you can realize the presence of a train on a bridge, and then you can perceive its motion.

READ ALSO – The Impressionists: the debut