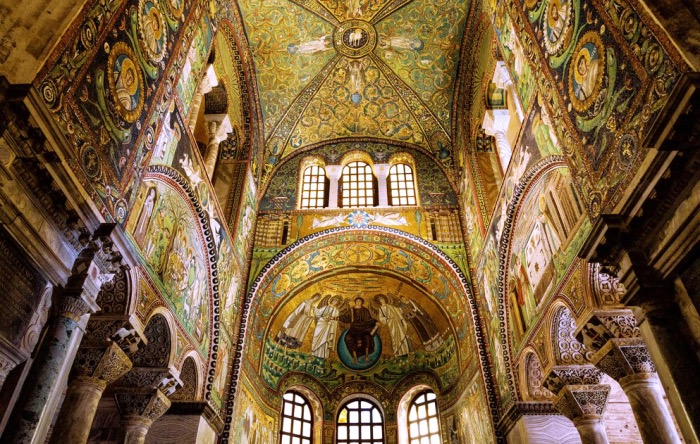 WORKS OF ART IN RAVENNA: MASTERPIECES YOU SHOULDN’T MISS

Which are works of art in Ravenna you should know and visit?
Few people know that the city of Ravenna is a real diffused museum and boasts eight monuments declared World Heritage Sites by UNESCO and the Tomb of Dante Alighieri.

In this post you’ll find the list of masterpieces in Ravenna you should visit at least once in your lifetime.

Works of art in Ravenna you shouldn’t miss 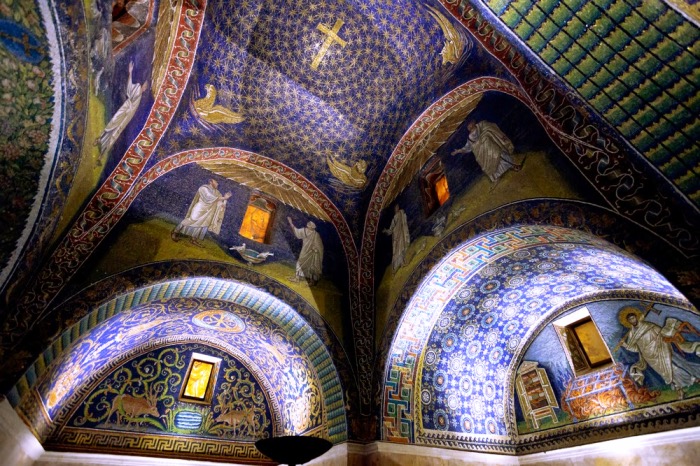 The vault of the Mausoleum of Galla Placidia in Ravenna

THE VAULT OF THE DOME OF THE MAUSOLEUM OF GALLA PLACIDIA

Ravenna was the capital city for three times: the capital city of the Western Roman Empire, of the Ostrogothic Kingdom and of the Byzantine Empire. Thanks to its ancient history and its role as a capital, Ravenna preserves the most beautiful early Christian and Byzantine mosaics.
The most ancient mosaics are housed in the Mausoleum of Galla Placidia, dedicated to the sister of Emperor Honorius, who transferred the capital of the Western Roman Empire from Milan to Ravenna, in 402 AD.
Those who enter this place will be fascinated by the interior decoration of the vault, depicting a starry night sky on the ceiling.

MOSAICS OF THE BASILICA OF SAN VITALE

The Basilica of San Vitale was completed in 548 AD by archbishop Maximian and houses mosaics depicting Emperor Justinian and his wife Theodora, placed facing each other.

In San Vitale mosaics Emperor Justinian, one of the greatest kings of the late ancient age, is depicted dress in purple, surrounded by his court, while handing a donation for the consecration of the church. Just opposite, is the mosaic depicting his wife Theodora with her court ladies-in-waiting.

MOSAICS OF THE BASILICA OF SANT’APOLLINARE IN CLASSE

8 kilometers from Ravenna is the world’s best preserved early Christian basilica: the Basilica of Sant’Apollinare in Classe.
It was built in the 6th century in a place where probably bishop Apollinare was buried, and inside houses the largest ancient mosaic surface that has arrived to the present day. 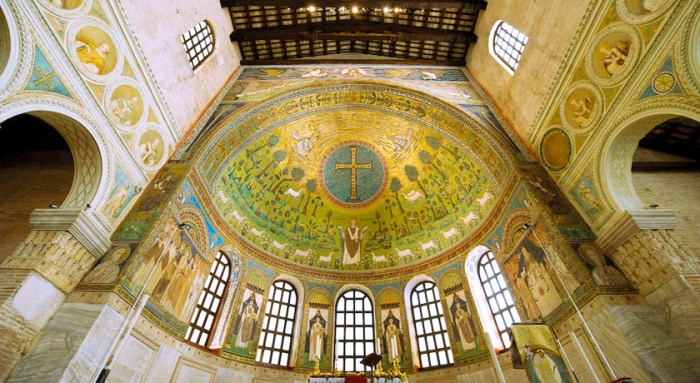 Theodoric, king of the Ostrogoths and king of Rome, was buried in a mausoleum bearing his name.
It’s a building different from all other buildings in Ravenna, especially because is not decorated with coloured mosaics or majestic elements. In this place, with white and bare walls, only the red tank where Theodoric rested stands out.
The construction technique is amazing. In fact, if inside you look up you’ll see the dome closing the roof made of a single block of stone of 10 metres in diameter. 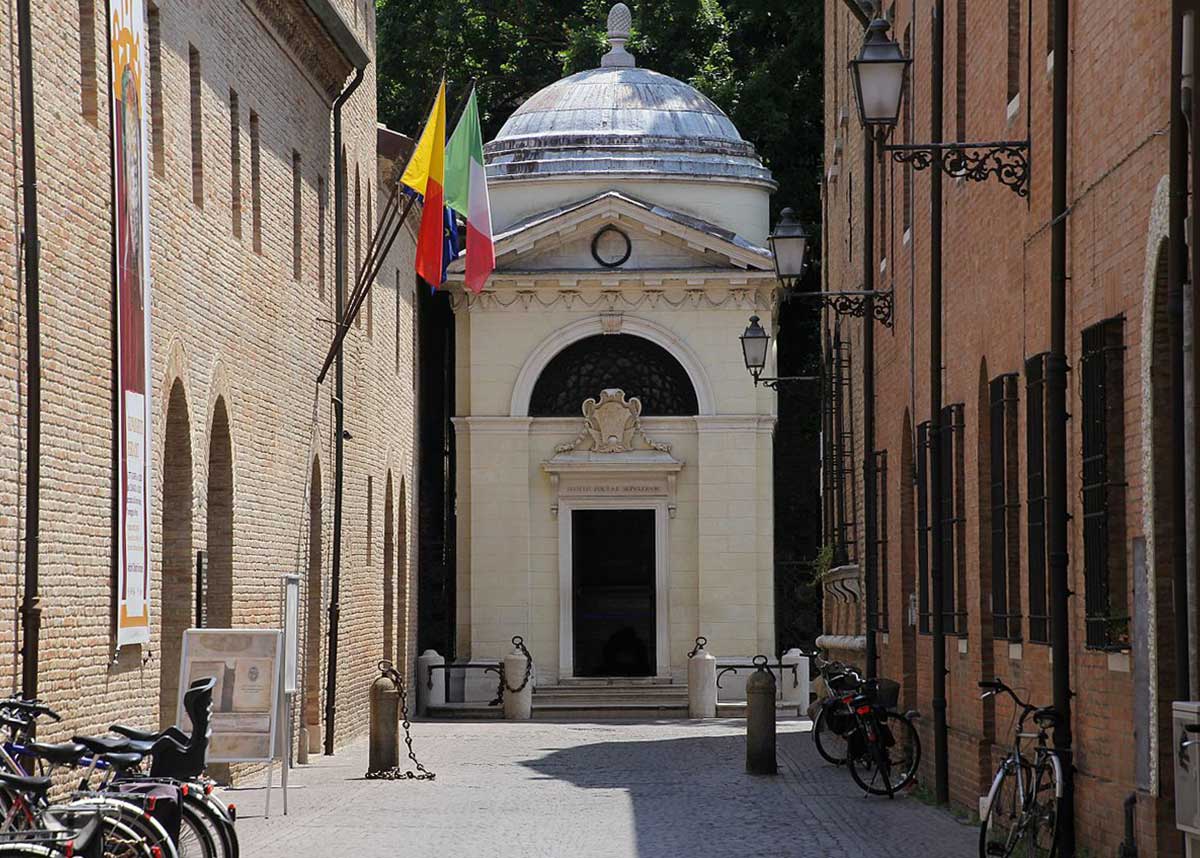 The Tomb of Dante Alighieri in Ravenna

Ravenna is the city where Dante Alighieri finished writing the Last Canto of his Divina Commedia (Divine Comedy), the Paradiso (Paradise), and where he spent the last years of his life. Dante, in fact, who was born in Florence in 1265, died in Ravenna in the night between 13 and 14 September 1321 of malaria.

According to historical documents, Dante Alighieri was buried the day after his death, in the sarcophagus where he is still resting, but he was moved to the present tomb during the Napoleonic age.
Those who visit this place will soon notice a 1483 bas-relief by Pietro Lombardo, showing Dante reading at a lectern, while at the foot of the sarcophagus is a bronze garland donated by veterans of WWI.

FIND OUT MORE ABOUT RAVENNA