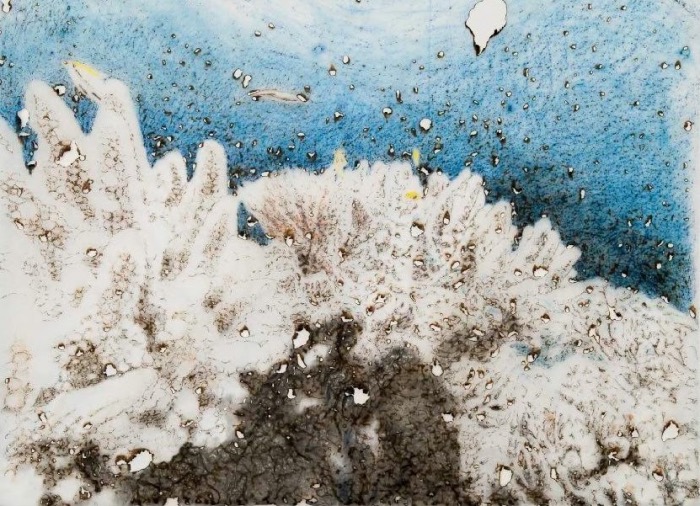 THE PAIN OF THE WORLD IN THE WORKS OF DAVIDE CANTONI

Considered an artist of great interest for his innovative technique and the intensity of the stories he tells and reinterprets through his work, Davide Cantoni has recently devoted himself to the development of two interesting cycles of works: Les Etrangers and the works on the consequences of global warming (2 degrees).

Created using the famous technique of burning paper with a magnifying glass, Davide Cantoni’s works are inspired by images published in the New York Times and are designed to come into direct visual contact with the famous sculptures on display at the MANN Museum in Naples.
A kind of dialogue but also a clash between giants and common men, indelible history and passing news, great deeds that are forever imprinted in the collective memory and episodes that briefly intrigue but are soon forgotten.

The works of Davide Cantoni 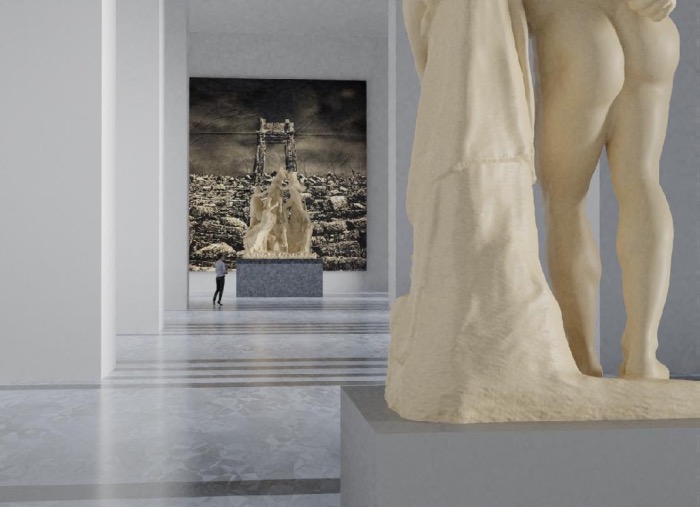 Davide Cantoni’s works are images that describe places, instances, situations and constellations on our planet, where various forms of human ignorance, indifference, violence and aggression destroy the natural harmony and historical remnants of previous civilisations.

For the Les Etrangers series Davide Cantoni takes his cue from the 1942 literary masterpiece by Albert Camus L’Étranger.
A book that exalts perhaps better than any other that feeling of indifference and alienation that in certain cases develops and spreads in the population, and that the artist has always pointed out very clearly through his work as one of the evils of contemporary society.

The foreigners, in this case, are all protagonists of news episodes, appearing in the pages of newspapers (primarily the New York Times, but also other newspapers).
They are mostly refugees who somehow manage to survive the desperate journey and arrive in western countries, full of hope for the future, or at least happy to have escaped their past.

The protagonists, bearers of cultures very different from that of the West, briefly invade the pages of the newspapers, those on the Internet or the news, they reach our minds and sometimes become the starting point for our conversations, but soon end up fading into the background, until they dissolve in the face of the publication of other images, other episodes, often even more crude, or simply more recent.
It is precisely against this consequent indifference in the face of the incessant overlapping of events, stories, protagonists and foreigners that Davide Cantoni raises his art. It is against this non-reaction in the face of exasperation that the artist, following in the footsteps of the protagonist of the aforementioned book by Camus, questions who the real foreigners are: the subjects represented in his portraits or we who look at them indifferently? 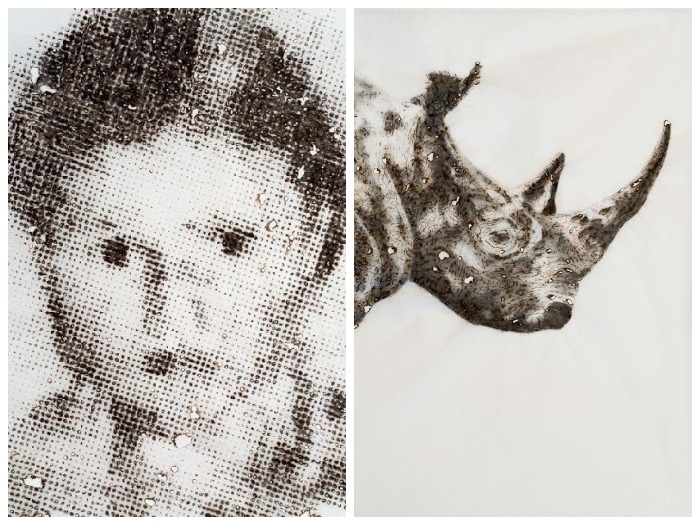 Davide Cantoni’s works focusing on the consequences of global warming show how the issues come out of the margins of the drawing rooms of international politics to directly affect man and other living beings, and the livability of the planet.
The images, which are fragile due to scorching, show how this small measure expressed in degrees – 2 – can create enormous differences, bringing the world for the first time before a catastrophe of global proportions never before confronted created by ourselves, the Anthropocene era.

The burnt drawings are Davide Cantoni’s most famous works, created by concentrating sunlight through a magnifying glass that, imitating the photographic process, burns the strokes drawn on paper.
The colour, subtle and faded, sometimes burnt, captures our attention and helps to fix the images of events in our memories, preventing their incessant succession from fading their memory and importance.

“I think that any work to be interesting must have a political aspect. I want people to ask themselves: what am I looking at? What is happening and why? At the same time, I don’t want it to be overwhelming, I’m not making politics, I’m making paintings. The work is about politics, but it has more to say about painting, drawing, photography, video” – Davide Cantoni

PALMYRA AND UKRAINE IN THE LATEST WORKS BY DAVIDE CANTONI

There is the topicality and drama of our times in Davide Cantoni’s latest works.

PALMYRA is the title of the huge painting, painted with bleach on black photographic tarpaulin, depicting the remains of the theatre of the ancient city Palmyra (Syria) archaeological jewel, which was destroyed by Isis/Daesh militants along with much of the archaeological site when they took control of the area in 2015.
Bleach that disinfects, cleans and removes colour on a black canvas reminiscent of the flags of the former Caliphate.

UKRAINE FLAG, on the other hand, is a blue and yellow painting divided by burns. It is the flag of Ukraine divided by a destructive act, but which nevertheless remains intact.

The artist’s official website has all his works – http://davidecantoni.org 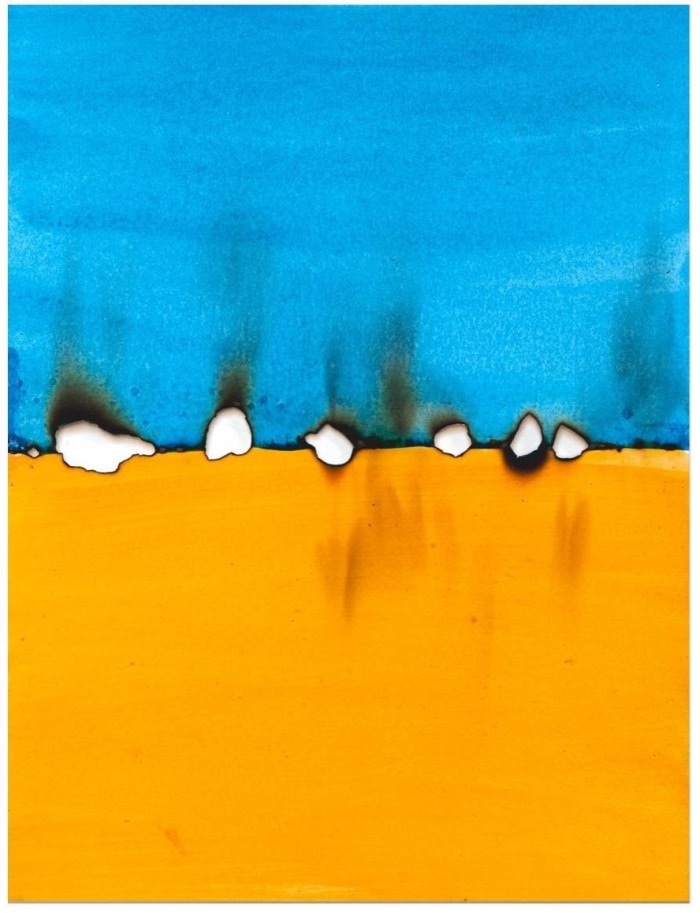 WORKS BY DAVIDE CANTONI ON SHOW

Davide Cantoni presents an exhibition with works that are part of 2 interesting and recent cycles: Les Etrangers and works on the consequences of global warming (2 degrees).

Davide Cantoni at MANN
Men and Giants: Dreams of History by Elisabetta Farnese
MANN (National Archaeological Museum of Naples
From 7 October to 16 December 2022

The sculptures in the MANN’s collection, gigantic in stature, are also giants of history and culture, while Davide Cantoni’s images depicting the events of today, of the events of ‘small’ human beings, are archaeological relics for the future.