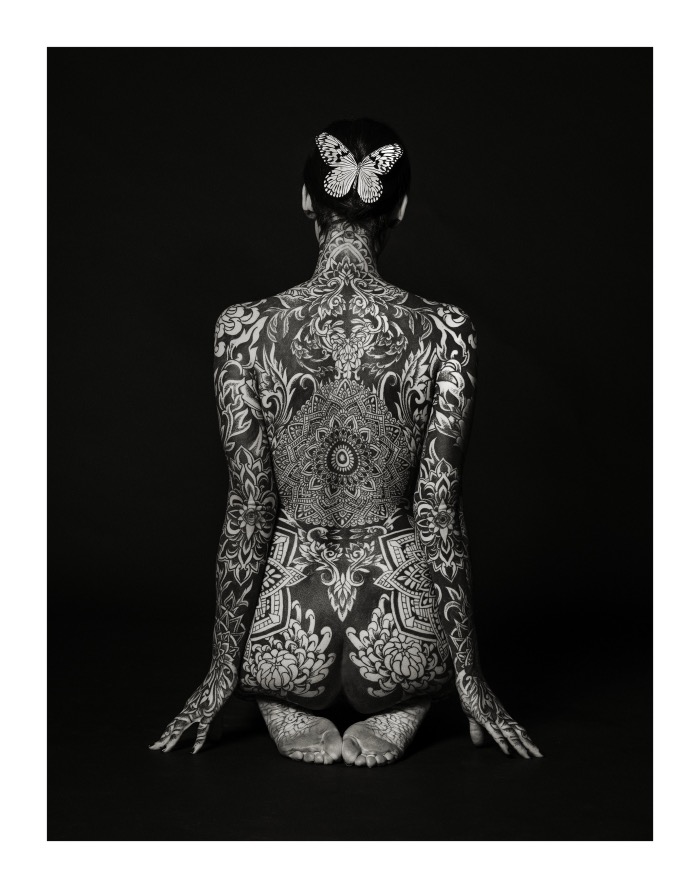 Reka Nyari’s works focus on women’s bodies.
A completely tattooed body that tells a story through the designs imprinted on the skin.

The women in Reka Nyari’s works offer their own response to pain and show how they have changed their lives, turning them into what they wanted.

The works of Reka Nyari 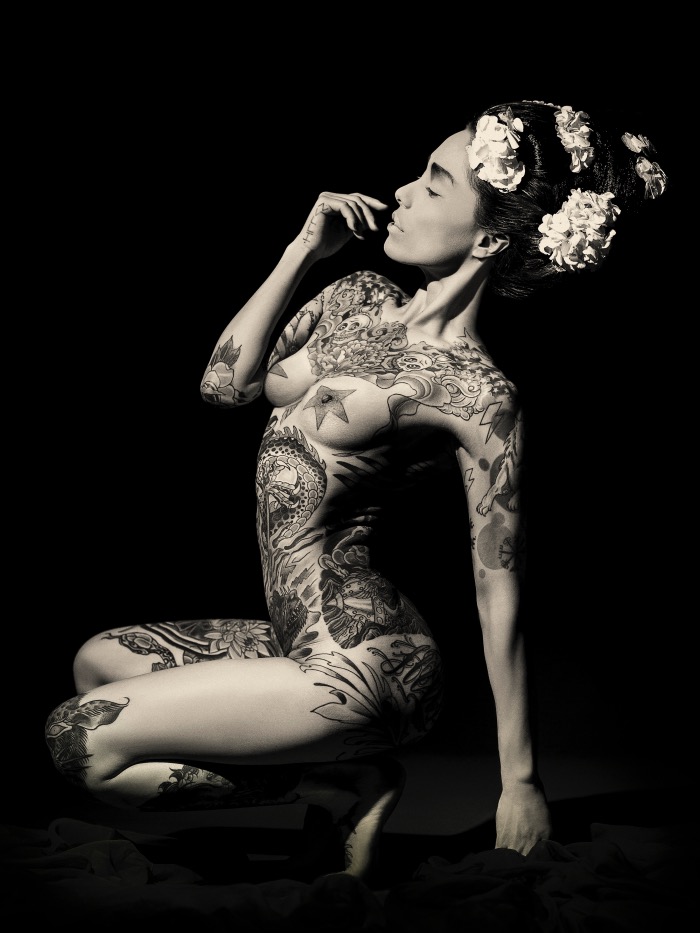 is published in 6 languages and is sold out worldwide.

In recent years he has been working on a series called ‘Ink Stories’, which depicts fully tattooed women from all over the world telling life stories drawn on their skin.

I have always loved making portraits and have become interested in the art of tattooing.
Tattoos are such a beautiful, definitive, artistic and rebellious way of reclaiming one’s body, often functioning as therapy to transform a person’s life and appearance.
They can be emblems of strength, reminders of courage and guides to a better path in life.
Reka Nyari

All the tattoos are real and each work tells the intimate and real stories of the women portrayed.
Each one is the heroine of a story of self-emancipation, reconciliation with their traumas, a story told on their skin.

From this perspective, tattoos become symbols of vigour and triumph, symbols of how they transformed their minds by transforming their skin. 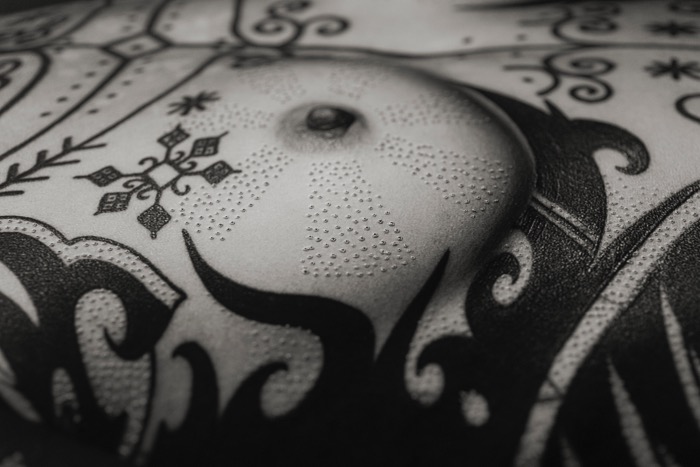 THE EXHIBITION OF WORKS BY REKA NYARI

Arriving in Castelfranco Veneto directly from the Permanente in Milan is the photographic exhibition “Ink Stories” by Reka Nyari.
A selection of 15 works that are part of a portraiture project that is still ongoing and that the artist presented in 2017 with her first solo show in New York, Geisha Ink.

A project that focuses on the study of personal identity and female emancipation through nude portraiture.

Friday 11 March: by invitation onlySaturday
12 and Sunday 13 March: 10 a.m. – 12 noon/ 2 p.m. – 7 p.m. (free entry)
From Monday 14 March: visit by appointment only.
If the Masterpieces Group team is present at the venue, entry will be free without appointment.