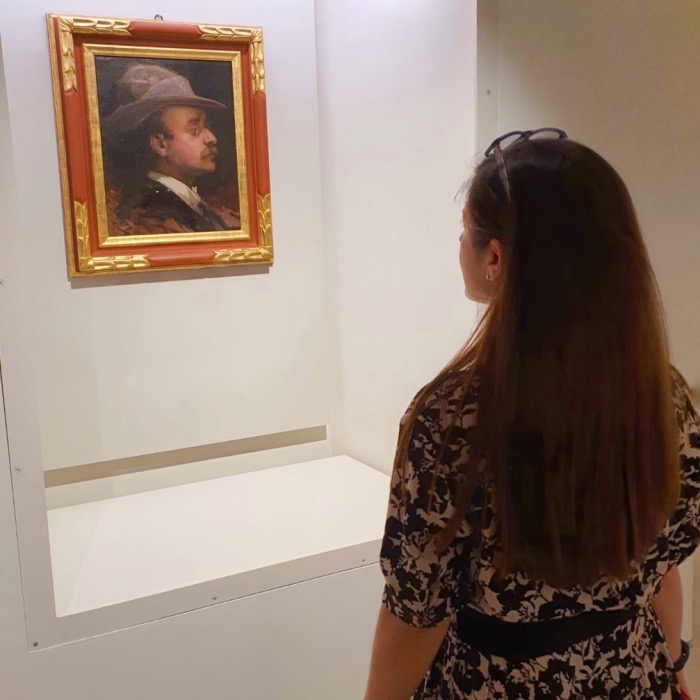 THE WORKS OF PIETRO ALDI IN SATURNIA

The largest collection of works by Pietro Aldi is preserved in Saturnia, at the Polo Culturale named after the artist.
Inaugurated in 2016, the Polo Culturale Pietro Aldi houses the largest collection of works by the artist, is home to a library for children and young people, and organises temporary exhibitions of the highest calibre.

I recently visited the Polo Culturale Pietro Aldi, and in this post I will tell you about the life and works of an artist who told the great story of Italy. 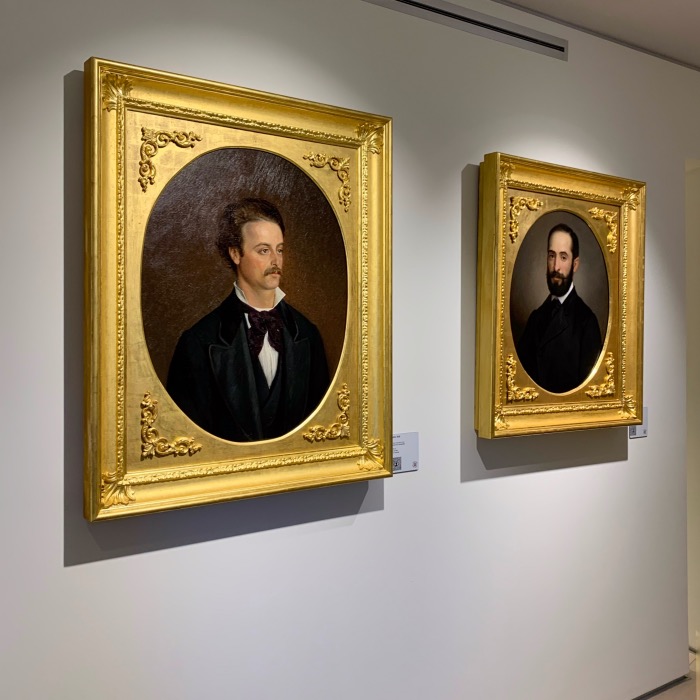 Pietro Aldi was born in Manciano in 1852 and immediately showed a formidable talent for painting.
One of his most important works is known to the general public: the fresco depicting ‘the meeting between Giuseppe Garibaldi and Vittorio Emanuele II’, painted in 1886, in the hall of the Palazzo Pubblico in Siena.
A scene that students find in books and history textbooks.

Pietro Aldi was born in the heart of the Maremma, studied in Siena and died in his home town in 1888, aged just 36.
His life was short but full of important works and numerous artistic successes, which took him to major artistic centres such as Rome and Venice.
Unfortunately, he died before finishing the Convito di Nerone, which he was to present at the Universal Exhibition in Paris in 1889. 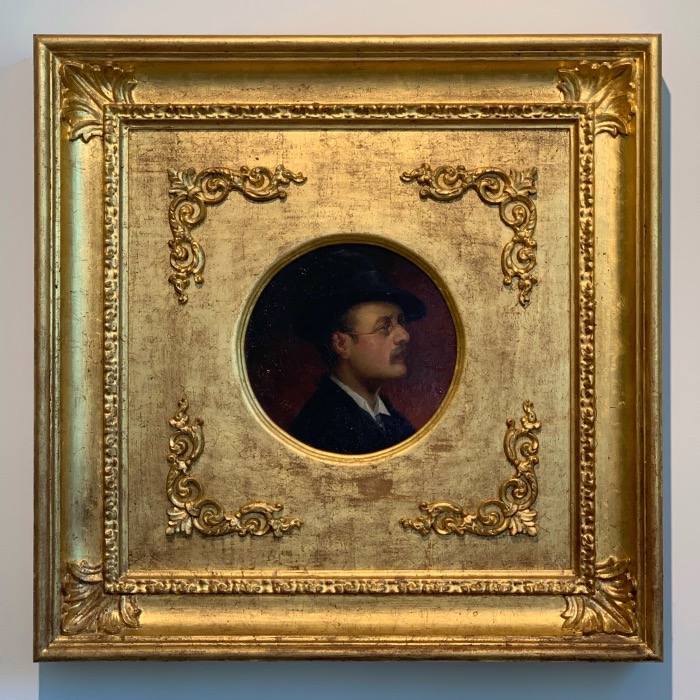 THE BEGINNINGS OF PIETRO ALDI

Pietro Aldi’s ability to reproduce textile surfaces, fur and wood fibres, became an element that made him a renowned painter of historical subjects.
It was the Annual Exhibition of the Academy of Fine Arts in Siena in 1871 that brought his talent to light and led him to depict the interiors of Palazzo Corsini alla Lungara in Rome, before it was sold to the Italian State in 1883 by Prince Tommaso.

In the same year, artists from Luigi Mussini’s school were engaged in the decoration of the Risorgimento Room in the Palazzo Pubblico in Siena and Pietro Aldi was commissioned to illustrate King Victor Emmanuel’s meeting with the Austrian marshal Radetzky and also the king’s meeting with Giuseppe Garibaldi in Teano.
The work was completed in 1886, and a number of drawings and sketches are preserved at the Pietro Aldi Museum, which testify to the meticulous attention paid to the reconstruction of a historical fact and an event of great symbolic significance.

THE ACHIEVEMENTS OF PIETRO ALDI

Pietro Aldi’s life was short but rich in works, drawings and sketches that allow us to trace the artist’s success story.
There are many projects to which the artist dedicated himself and there are many traces of his studies for works with historical and mythological subjects.
The artist devoted himself to the depiction of landscapes as a study for setting historical scenes, but he was also busy painting various sketches for portraits that would later populate his representations.
Recently, the Polo Pietro Aldi was able to find two sketches that belonged to the same studio and had entered the art trade separately.

Also on display at the Polo Pietro Aldi are two painted palettes, a frequent gift between artist friends and also used to pay homage to women in the late 19th century.
Pietro Aldi painted a portrait of a girl on one palette, which is also present in other drawings and paintings from 1886, so that it is assumed that she was his fiancée at the time. 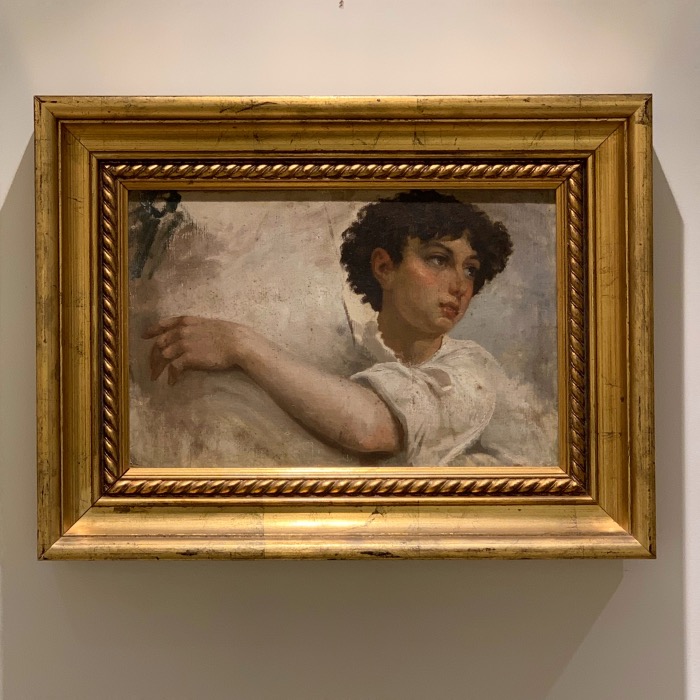 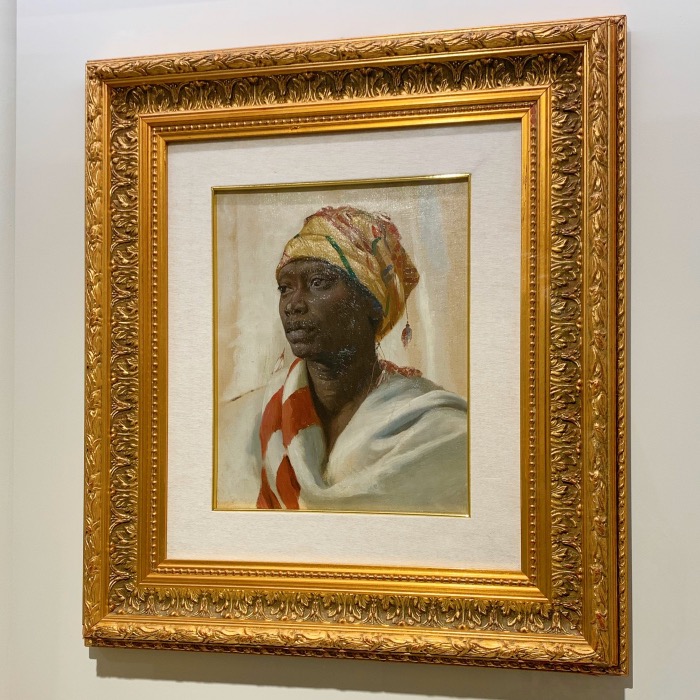 Pietro Aldi executed a large number of portraits from which emerges a great ability to describe the human soul through glances and other small details of the face.
Some of these portraits were made on commission and represent friends, relatives or influential figures in the society of the time.

Other portraits, on the other hand, are studies for larger compositions and testify to the care taken to realise historical subjects.

THE MOST IMPORTANT WORKS OF PETER ALDI

Three works must be known in order to understand Pietro Aldi’s entire career: 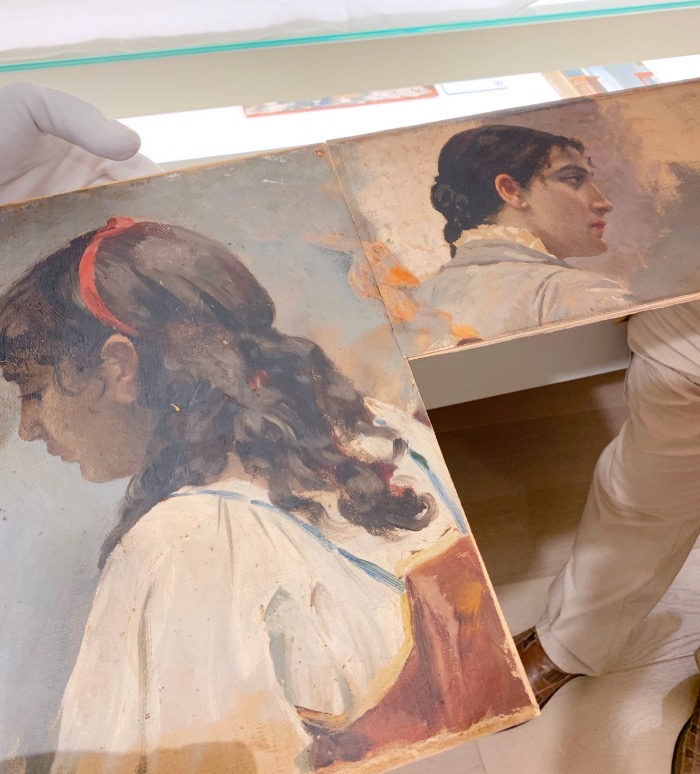 The recent discovery of two studies made by Pietro Aldi and separated to be sold at different times. 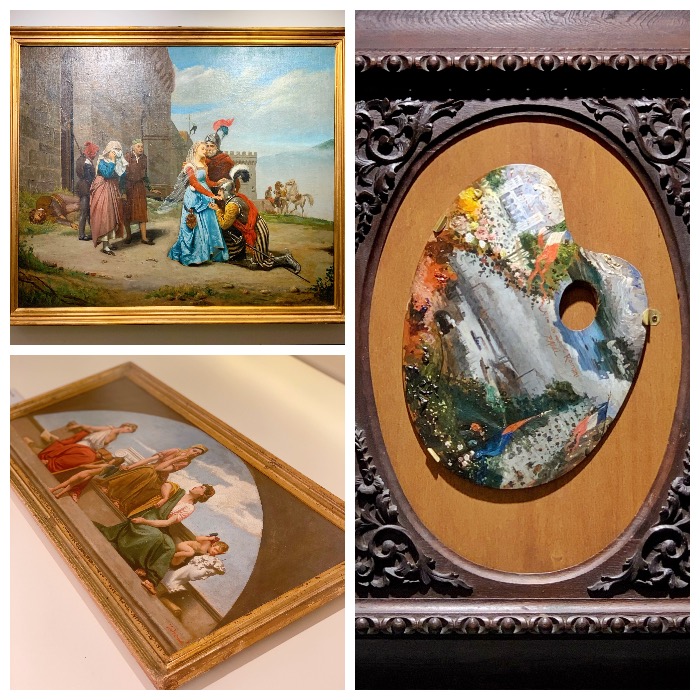