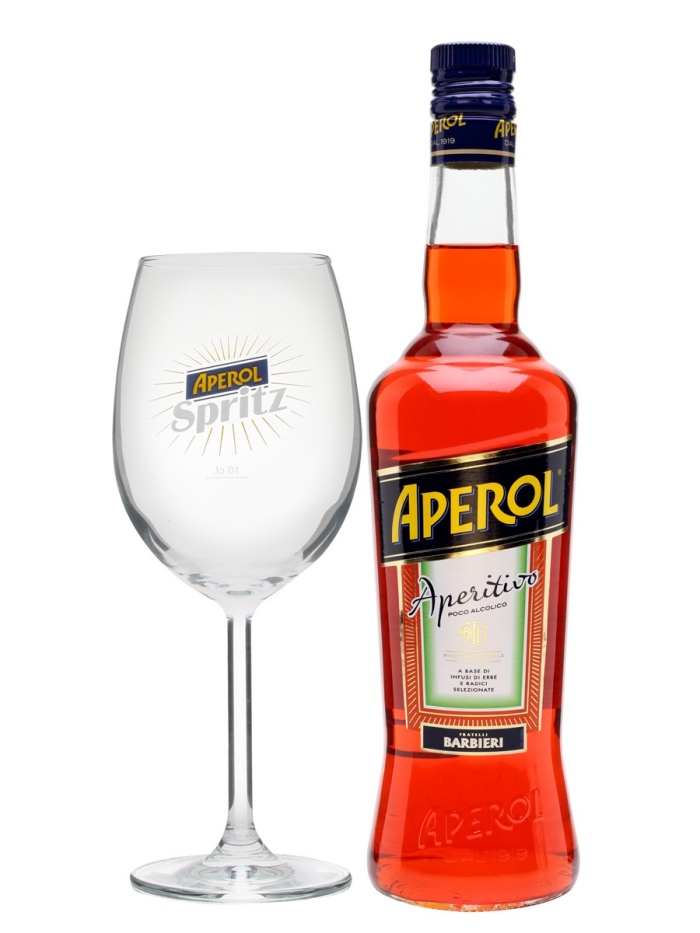 APEROL: HISTORY OF AN ITALIAN ICON

The history of Aperol began during the Art Noveau period.
In 1919 the Barbieri brothers launched at the Padua International Fair what would become one of the most popular liqueurs among Italians.

The original and secret recipe which has never been changed up to the present day has made Aperol very popular, especially in the immediate post-war period, with its unique orange colour and its art noveau bottle. 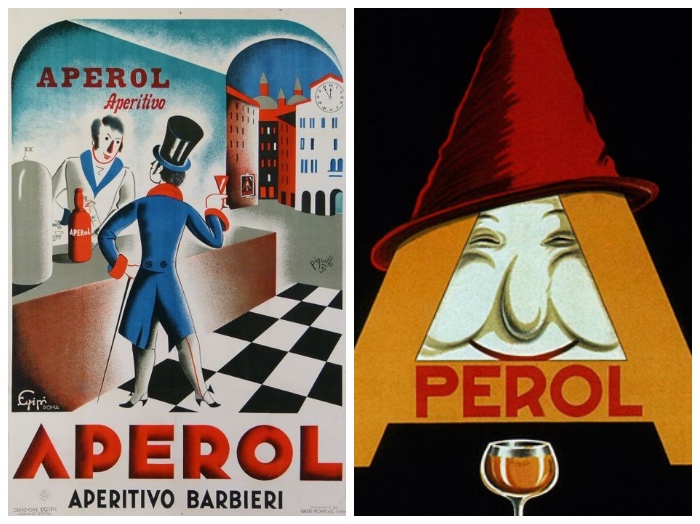 Aperol is one of those Italian products which made history.
The Barbieri brothers were creative businessmen and they soon decided to invest in advertising.
So, in the 1920s first advertising posters appeared in bars aiming at catching the sport lovers’ attention, thanks to Aperol low alcohol content. But in the 1930s an advertising campaign dedicated to women was published in major newspapers.

The ultimate success of Aperol, however, arrived, like other historic Italian brands, thanks to the first TV commercials in the 1960s.
In the 1980s Aperol enjoyed a revival in popularity thanks to the spread of the historical aperitif from Veneto called Spritz.

Aperol was associated with venetian Spritz and became a traditional ice-breaker and symbol of a lively atmosphere, becoming one of the most popular aperitifs among young people, and not only.

READ ALSO: Where to eat in Venice typical tavern ad a Museum. 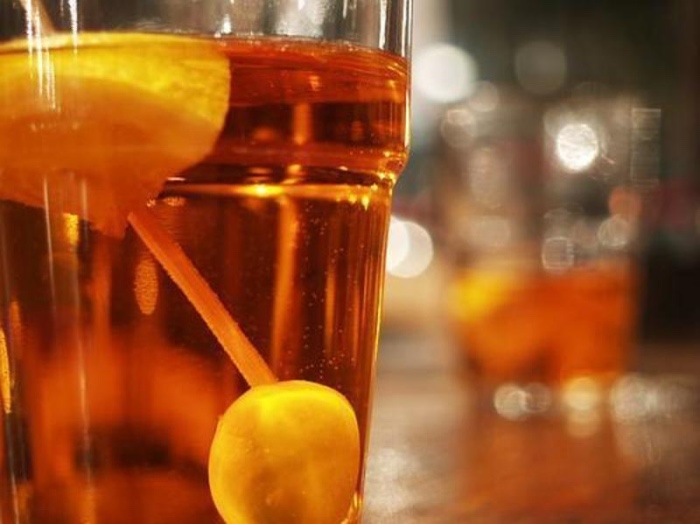 Since the beginning of 2017 Aperol has been preparing for the celebration of its 100th anniversary and has created a new version of its iconic bottle.
Always drawing inspiration from art noveau style, the new Aperol bottle keeps its sinuous shapes with an “A” carved at the base of the bottle neck, whereas the logo which stands out against the blue background is inclined at 11 degrees, just like its alcohol content.

In addition, in 2016 the Italian designer Luca Trazzi created the first signature glass for Aperol Spritz.
The wine glass is the result of the overturning of the iconic bottle, but keeping its unique shape which has never been changed since 1919.

HOW TO MAKE THE APEROL SPRITZ AT YOUR HOME

The Spritz was born in Veneto during the period of Habsburg domination between the end of the 18th century and the beginning of the 19th century, when Austrian soldiers began drinking local wines from Veneto, whose alcohol content was higher than that of wines to which they were accustomed.
So they started to ask the local hosts to add some sparkling water into the wine to make it lighter, by using the German verb spritzen, meaning “to spray, to splash”.
White wine and sparkling water: this was the first Spritz in history!

Since then there was a succession of recipes and variations, and the cocktail like we know it today was born only in the 1920s. And since the Aperol Spritz has been put on the IBA (International Bartenders Association) lists, it has become a worldwide success and today 81% of costumers is people aged between 18 and 44.

Here is the official IBA recipe for a perfect Aperol Spritz:
To prepare it fill a wine glass with ice, pour in this order: 6 cl Prosecco, 4 cl Aperol and a splash of soda water. 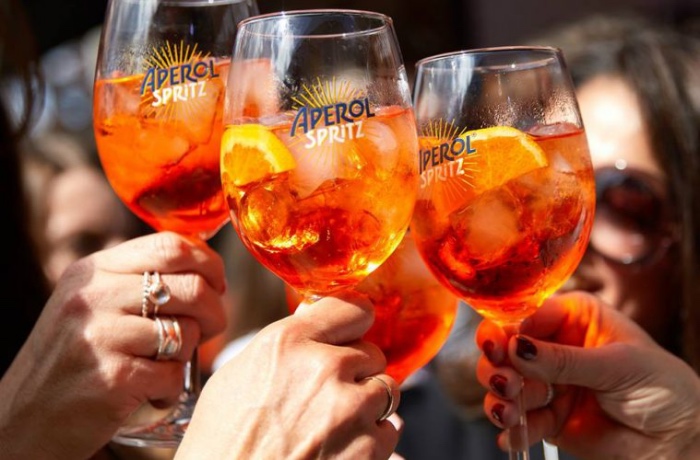 6 thoughts on “Aperol: history of an italian icon”