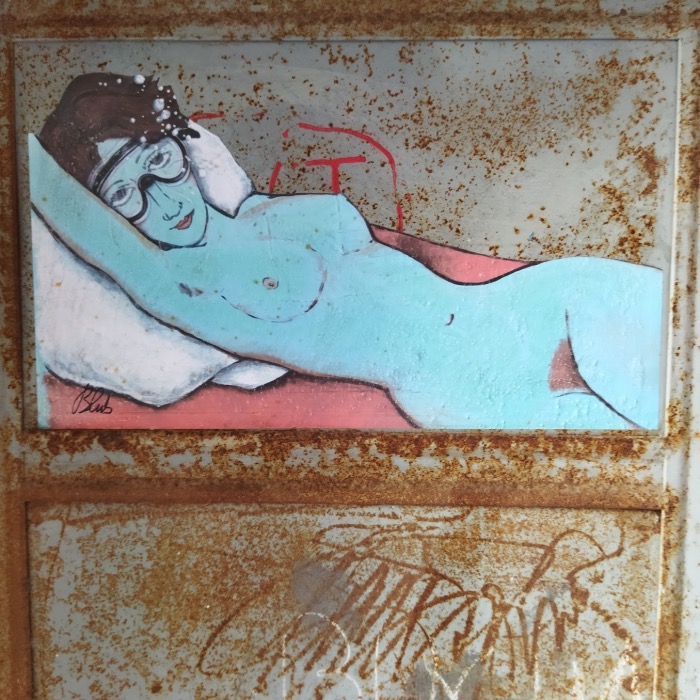 ART CAN SWIM IN BLUB’S WORKS

His art is gentle and colours the forgotten corners of city streets, Blub’s works are recognisable because they depict art icons and famous people of the past wearing a diving mask.

From Botticelli’s Venus de Botticelli to the Mona Lisa, from Giuseppe Verdi to Dante Alighieri, from Van Gogh to Dali, there are many characters that, between reality and fantasy, have been represented by the mysterious street artist Blub.

The works of Blub 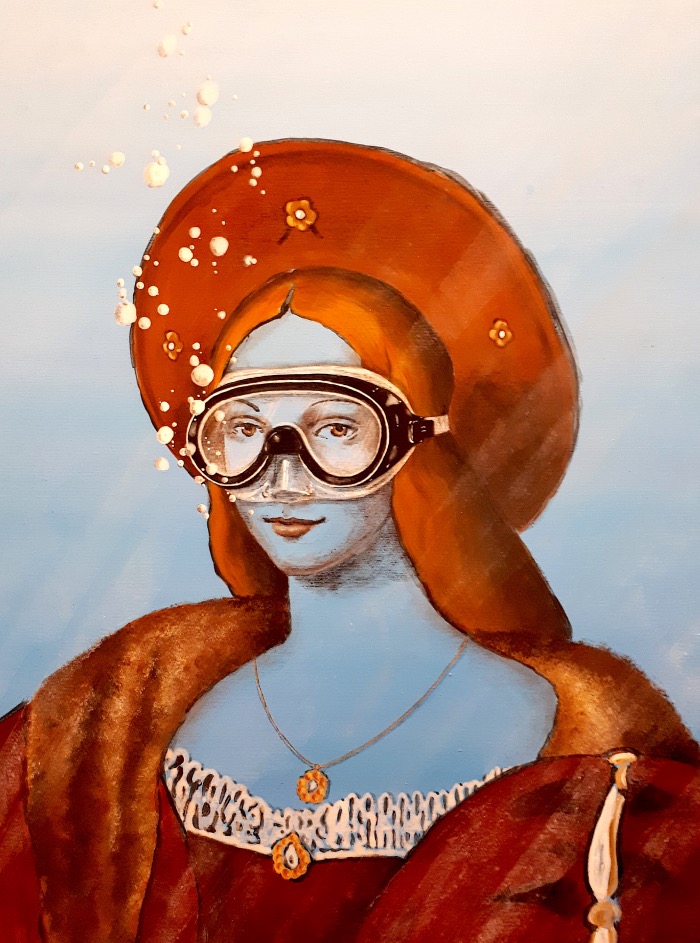 Of Blub’s works almost everything is known, of him absolutely nothing.
Determined not to reveal his identity to the public, Blub has made inroads into the historic centres of many Italian cities and towns, and has exhibited in the most prestigious institutions, from the National Archaeological Museum in Naples to the Louvre Museum.

“Although we may find ourselves in a sea of difficulties, in life we always have the resources to learn to swim. Art is one of these resources,’ says Blub, ‘Water is my element. From water comes life, it is the hidden side of matter. When you are immersed, the moment stops and there is no weight, while thoughts flow in a suspended dimension. For this reason, I propose characters who have conveyed an example of greatness that can still survive today, right under water, timeless”.

Blub began his work in the autumn of 2013 in Cadaqués, Catalonia, in the fishing village that Salvador Dali also loved.
In November of the same year, he paid homage to the Florentine district of San Niccolò on the anniversary of the flood.
Venice, Rome, Ravenna, Lucca, Pisa, Mantua, but also Barcelona, Amsterdam, Stockholm, Lisbon and even Rio de Janeiro were the stops on his creative journey, which rightfully enter among the European cities to visit to see street art. 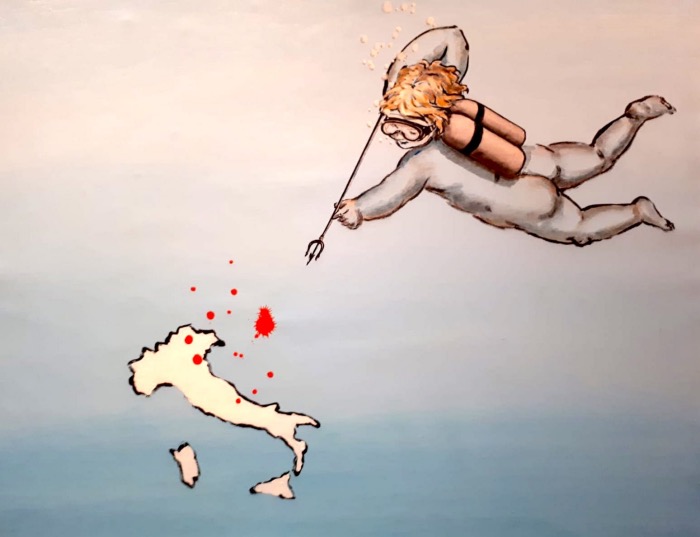 After the great success of Lediesis in the summer of 2021, the Museo Civico di Bari continues in the sign of street art. Once again this year, the rooms of the museum will be enlivened by an important artist on the Italian cultural scene, who is now famous even beyond national borders.

The exhibition was designed and conceived for Bari and its history. A city of the sea, an important port in the heart of the Mediterranean, Bari has been a place of passage for pilgrim merchants, invaders and great dominations. These suggestions gave rise to new subjects for the exhibition, enriching Blub’s repertoire of works, such as the Duchess of Milan Isabella of Aragon, often portrayed by the great painters of Italian art history. Isabella was much loved by the people of Bari, she favoured great public works and the opening of academies, initiating the Bari Renaissance.

And also in Bari, Blub will leave his signature, the exhibition will leave the museum and hit the streets! Citizens and tourists alike will be able to enjoy themselves, even this summer, going in search of his works or being pleasantly surprised by his most famous characters immersed in a sea of bubbles.