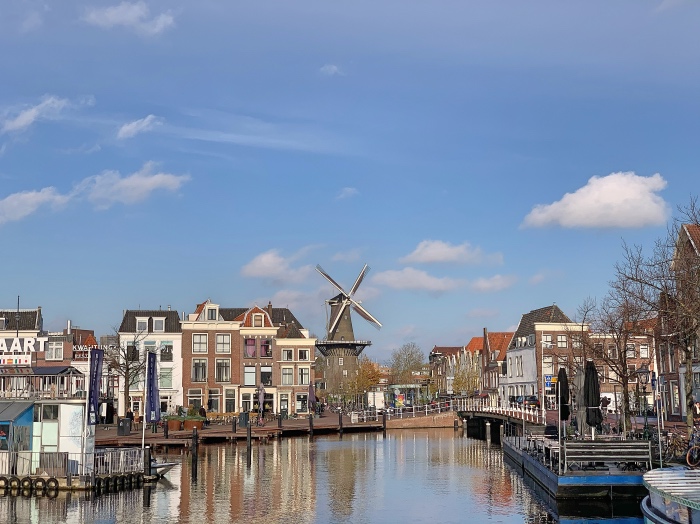 ART OF THE DUTCH GOLDEN AGE: WHAT TO SEE IN LEIDEN AND DELFT

Have you ever been to the Netherlands and have you ever tried to lose yourself in the atmosphere of the Dutch Golden Age?

In this post I’ll talk about my trip from Leiden to Delft, following in the footsteps of Rembrandt and the Golden Age. A journey I recommend to anyone who, like me, loves art and cities where you can find the places and atmosphere you see in many masterpieces.

Art of the Dutch Golden Age : what to see in Leiden and Delft 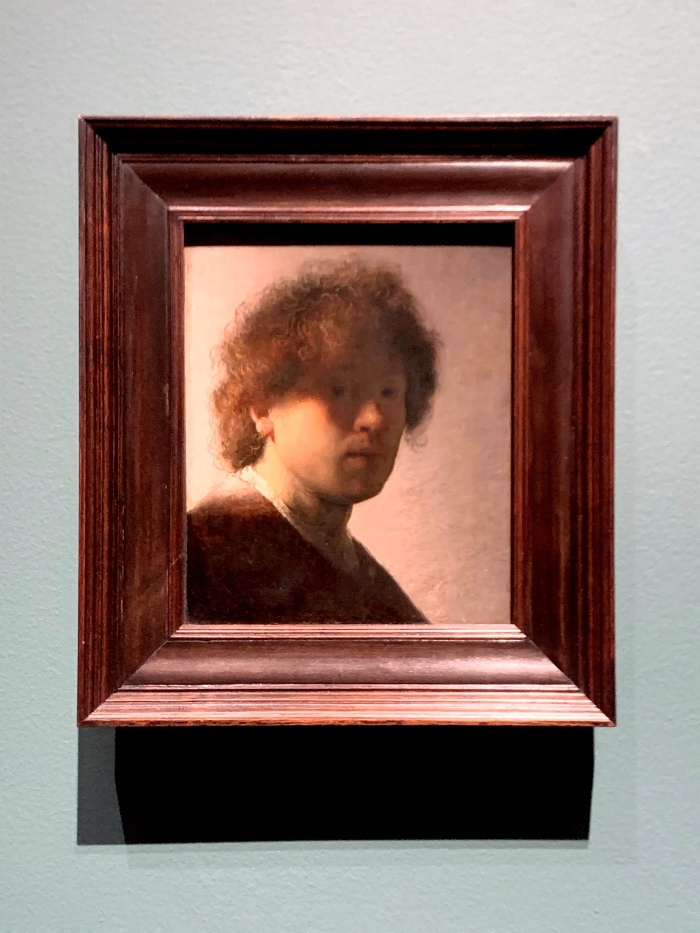 Rembrandt’s Self-Portrait at the Museum de Lakenhal in Leiden

I received the invitation to visit the art of the Dutch Golden Age from The Netherlands Embassy in Rome which, in collaboration with the Dutch tourist board, suggested a journey in the year dedicated to Rembrandt.

In 2019, in fact, all around the Netherlands events and shows to celebrate the 350th anniversary of the death of Rembrandt take place.
A unique opportunity to visit the historic cities of the Netherlands!

The museum to visit: Museum De Lakenhal, after 2 years of restoration, reopened to the public in June 2019 and is the museum you can’t miss in Leiden, because it houses works and art objects which illustrate 400 years of Dutch history in a building that, during the Dutch Golden Age was the reference point for textile trade. You’d better look at the app created by the Museum for visitors and those who haven’t visited the museum yet.
The L@kenhal app is free to download, available for both iOS and Android directly form the  Museum De Lakenhal website.

The places of Rembrandt: The first stop to visit Leiden following the footsteps of Rembrandt is the house where the artist was born, you can easily locate thanks to the statue of the painter, and the place where stood the building where his family lived is signaled with a plaque.

Nearby are all the most important places in the life of the young Rembrandt: the Pieterskerk, the church where he was baptized; the Latin School where the artist studied and attended his first drawing courses; the Leiden University, the most ancient university in the Netherlands (founded in 1581 and where is also the Hortus Botanicus, the botanical garden, where the first Dutch tulip was planted) which allowed Rembrandt to enroll at the early age of 14; and then the painter Jacob van Swanenburg’s workshop, where Rembrandt did his apprenticeship and learnt the painting techniques and the art of creating colours for his paintings.

The exhibition you can’t miss: “Young Rembrandt – Rising Star” at the Museum De Lakenhal on view until February 9th 2020. Since Leiden is the city where the artist was born, grew up and began moving his first steps in the art world, this exhibition is the best chance for you to admire his first paintings, some of which are also part of the permanent museum collection, so you can see them when the exhibition will be ended, too. 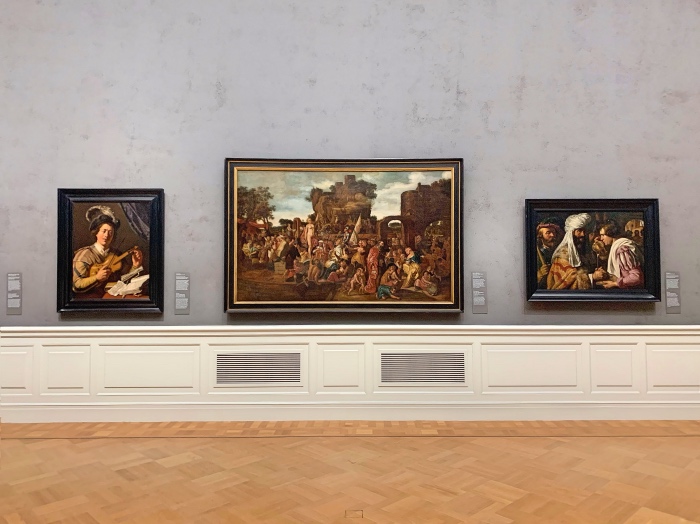 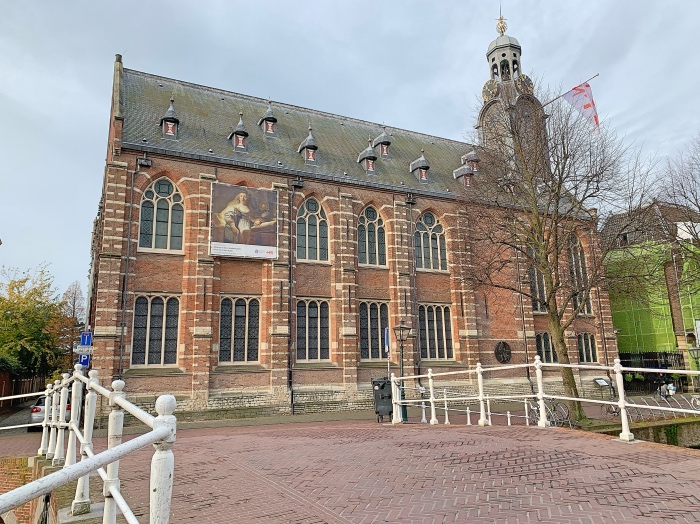 The museum to visit: The Museum Prinsenhof Delft displays objects and works of history of the Netherlands. It not only traces the history of William of Orange, the founder of the Dutch nation, but it also displays works from the Dutch Golden Age and the famous Delftware.

We all know Jan Vermeer’s “Girl with a Pearl Earring”, on display at the Mauritshuis museum (or Royal Picture Gallery) in The Hague; but little is known about his life.
For example, we know that he was born in Delft and he never moved from his native town.
Vermeer is the most important among the artists of Delft and everything in the city reminds of him and, of course, of his “Girl with a Pearl Earring” which is reproduced anywhere.
Many places in Delft are linked to Vermeer’s life: the house where he maybe was born which is now a restaurant; the house where he lived together with his wife and children is now a church; the Guild of Saint Luke where he met other artists of the city; the church where he was buried; and then all the corners of the city he made eternal in his paintings, and especially that quiet atmosphere you can glimpse inside the houses in Delft and which seems the same portrayed by Vermeer.

The exhibition you can’t miss – Pieter de Hooch is the other great artist of the Dutch Golden Age in Delft, and the Museum Prisenhof Delft dedicates him the first exhibition in the world you can visit until February 16th 2020. In Pieter de Hooch’s paintings there’s the light of Delft, captured by his paintbrush and depicted in perfect compositions from a perspective point of view, and that make his works the most beautiful scenes of everyday life in the houses and courtyard of Delft. Born in Rotterdam, de Hooch moved to Delft when he ws very young, and there he did his first paintings. He was a contemporary of Vermeer, and they probably knew each other and discussed their own work. 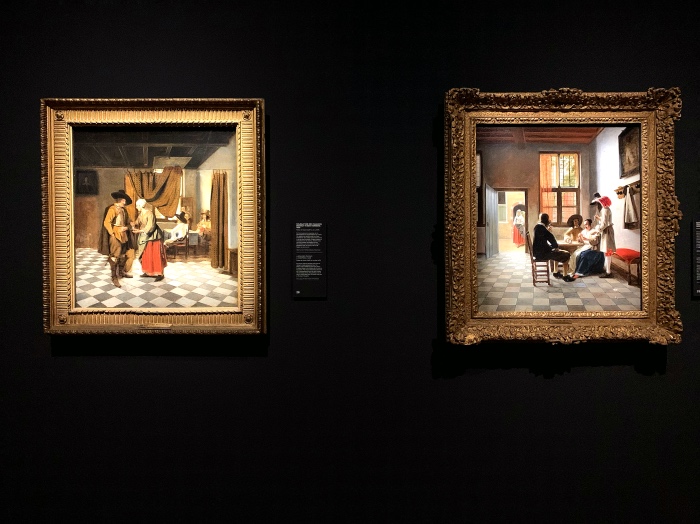 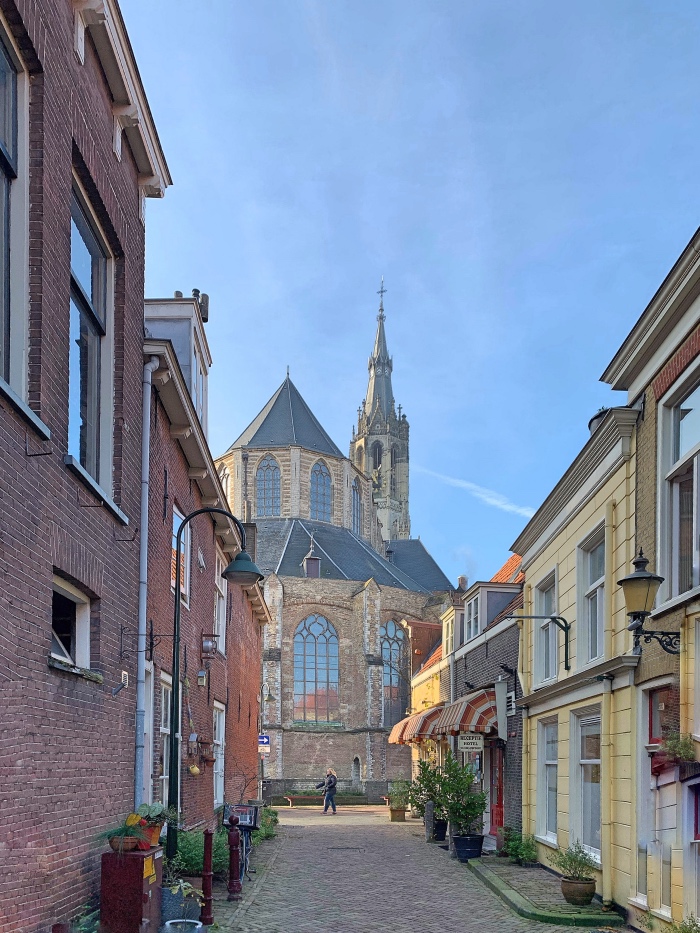 And I cannot help but call attention to the Delftware, which has been produced since the 16th century, as an imitation of Chinese porcelain. You can’t miss the visit to the museum and the factory, where you can admire ancient objects and find out how it is made today.

READ ALSO – Amsterdam in one day: what to do and where to go if you’re an art lover

3 thoughts on “Art of the Dutch Golden Age: what to see in Leiden and Delft”