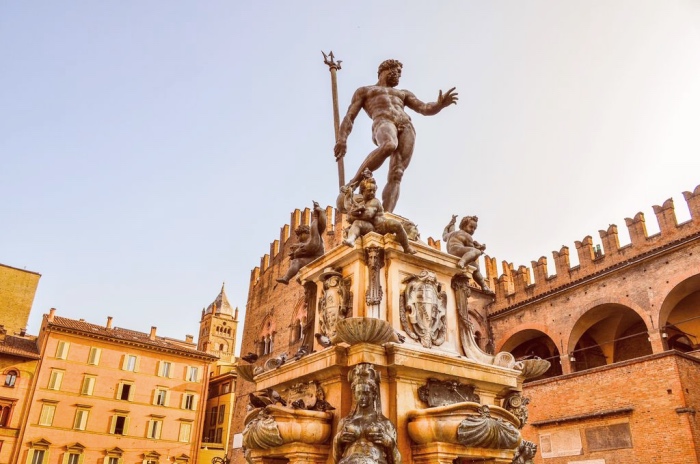 BOLOGNA WHAT TO SEE IF YOU’RE AN ART LOVER: 5 PLACES YOU CAN’T MISS

Bologna, what to see if you’re an art lover?
It’s seems a simple question, but when I tried to answer, I didn’t exactly where to start from. There’s so much to see in Bologna that making a list of things to see isn’t easy at all.
After the post 5 things to know about Bologna, I decided to make a list of the museums and palaces you should visit at least once in your lifetime.

Write in the comments which your favourite museums and palaces on the list are, and tell me which other places should be put on the list 🙂

Bologna what to see 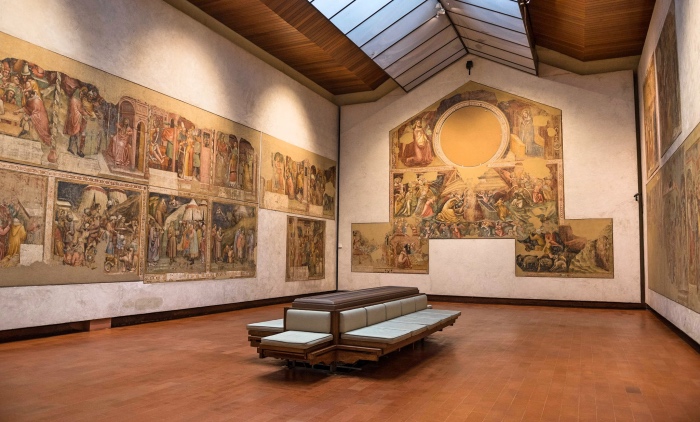 BOLOGNA WHAT TO SEE: MUSEUMS

Pinacoteca Nazionale di Bologna (National Gallery of Bologna)
The Pinacoteca is located few steps from the Two Towers, inside the former St. Ignatius Jesuit Novitiate.
The first nucleus of the collection consists of the works donated by the Accademia Clementina, in 1762, by Monsignor Francesco Zambeccari. Later, the Gallery was enriched by other works which let you make a tour into art form the 13th century to the 18th century.

MAMbo
The former Forno del Pane (Municipal Bakery) now houses the Museum of Modern Art of Bologna.
Visiting the permanent art collection means retracing the history of Italian art from the second post-war period until the present day; instead, exhibitions are part of a constant research studies carried out by the museum on different artistic movements.
The MAMbo also includes Morandi Museum and Casa Morandi (Morandi’s House), the Memorial Museum Ustica, Villa delle Rose and Sandra Natali Residence for Artists

Palazzo Pepoli
The building is home to the Museum of the History of Bologna, dedicated to history, culture and transformations the city has undergone over the centuries, from the Etruscan times up to the present day.

Before reading the list of the historic Palaces of Bologna to see, I want to remind you that to discover Bologna, its history and its masterpieces it is essential to walk in the historic center on foot.
The best way to visit the city is to be accompanied by those who can tell you anecdotes and curiosities.
There is a very nice tour to do and you can get around the city with a local guide.
This is one of the most requested routes and to book it, just book by visiting the page – Bologna. Private Tour with a local guide.

BOLOGNA WHAT TO SEE: PALACES

Pallavicini Palace
Open to the public for exhibitions and events, in this ancient private residence the young Mozart played in 1770.
The halls of the Palace are frescoed and decorated with wonderful stucco ornaments which show the importance of this place in the history of Bologna.

Archiginnasio
Commissioned in the 16th century by Cardinal Carlo Borromeo, the building was the seat of the University until 1803, and is now home to the Municipal Library and Anatomical Theatre, designed in 1637.
One of the great halls is called “Stabat Mater Hall”, in memory of the homonymous composition by Gioacchino Rossini, which was performed there on March 18th 1842, and led by Gaetano Donizetti. 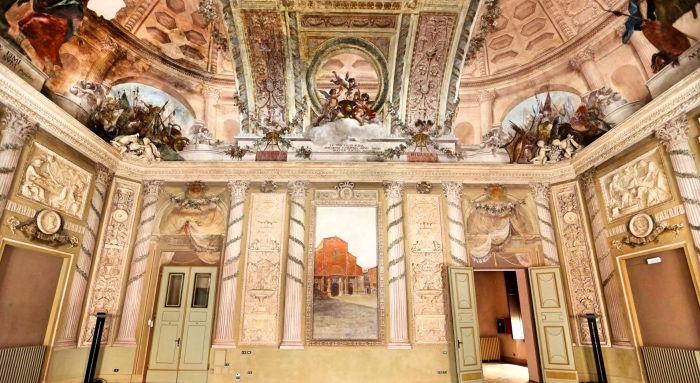 READ ALSO: The hills of Bologna: a green belt surrounding the city of Bologna