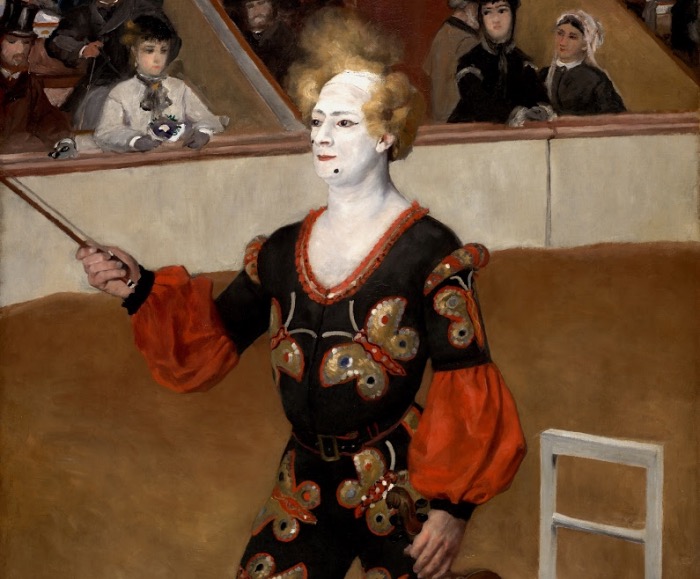 THE CLOWN BY RENOIR: ANALYSIS AND CURIOUS FACTS ABOUT THE PAINTING

Why is the Clown by Renoir a masterpiece?
It’s one of Renoir’s early works, painted long before other famous paintings considered to be masterpieces of Impressionist painters.

When I published the post about the Kröller-Müller Museum works I put the Clown by Renoir among the unmissable works, and after reading this post you’ll understand why. 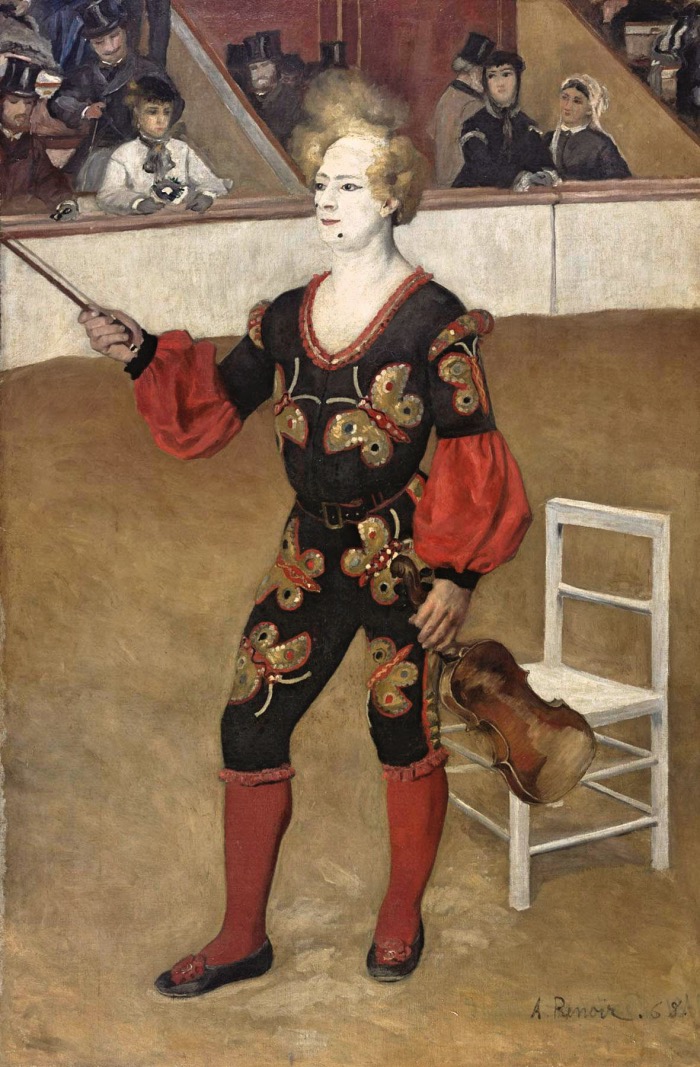 WHEN AND WHY RENOIR PAINTED THE CLOWN

Auguste Renoir made this painting for the cafè of Cirque d’Hiver (at that time known as Cirque Napoléon), located in Boulevard Filles du Calvaire. The agreed upon amount was 100 Francs but the theatre’s owner couldn’t pay it, so the painting remained in Renoir’s studio.

The Clown by Renoir was supposed to be an advertising poster or a decoration for the Cafè, and not a painting conceived to be exhibited in a living room.

WHO THE CLOWN BY RENOIR IS

The clown portrayed by Renoir is an artist who really performed in the Parisian circus.
Many scholars think that he’s the then famous John Price, who performed together with his brother William as “clown-musiciens”. His shows were very famous in Paris and according to chronicles he played the violin while standing on a shaky chair.

Actually, under Renoir’s signature you can notice the writing “James B. M.”, which is maybe the name of the clown depicted and identified as James Bollinger Mazurtreek.

ANALYSIS OF THE CLOWN BY RENOIR

The Clown by Renoir is a painting executed in 1868 and is part of the early production of the artist, but has some features of his mature style.

The clown, wearing a costume with large embroidered butterflies and red sleeves and stockings, seems to keep the audience in suspense.
He has just finished playing and looks straight ahead.
It seems that the audience is waiting for something, but it’s difficult to understand what will happen.

The peculiarity of the large painting (193. 5 x 130 cm), is the clown’s pose, which seems to imitate a full-figure portrait of Renaissance.
This clown is not a buffoon or a court jester, but is more similar to a valiant warlord.
He looks noble, proud and also a little melancholy. 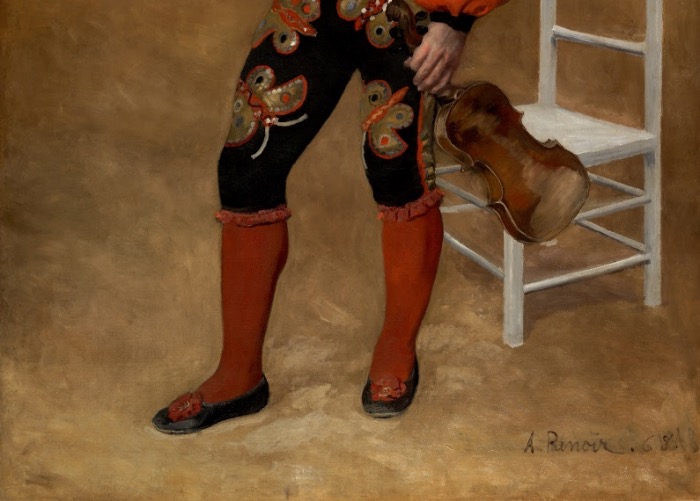 WHERE THE CLOWN IS HOUSED AND WHERE YOU CAN ADMIRE IT

The painting was purchased in 1919 by art collector Hélène Kröller-Müller and is now part of the Dutch museum named after this woman who loved art and created the first nucleus of the collection of masterpieces of the Kröller-Müller Museum.

To admire the Clown by Renoir and the entire museum collection, you’d better book your visit. You can use this link to book your entrance ticket –> Kröller-Müller Museum Tickets