David de la Mano (1975, Salamanca, Spain) is one of the most important artists of the Urban art movement.
The artist has started his career in the early ‘90s creating Land Art projects, installations and sculptures in the public space, and since 2008 his attention has been focused on mural paintings. 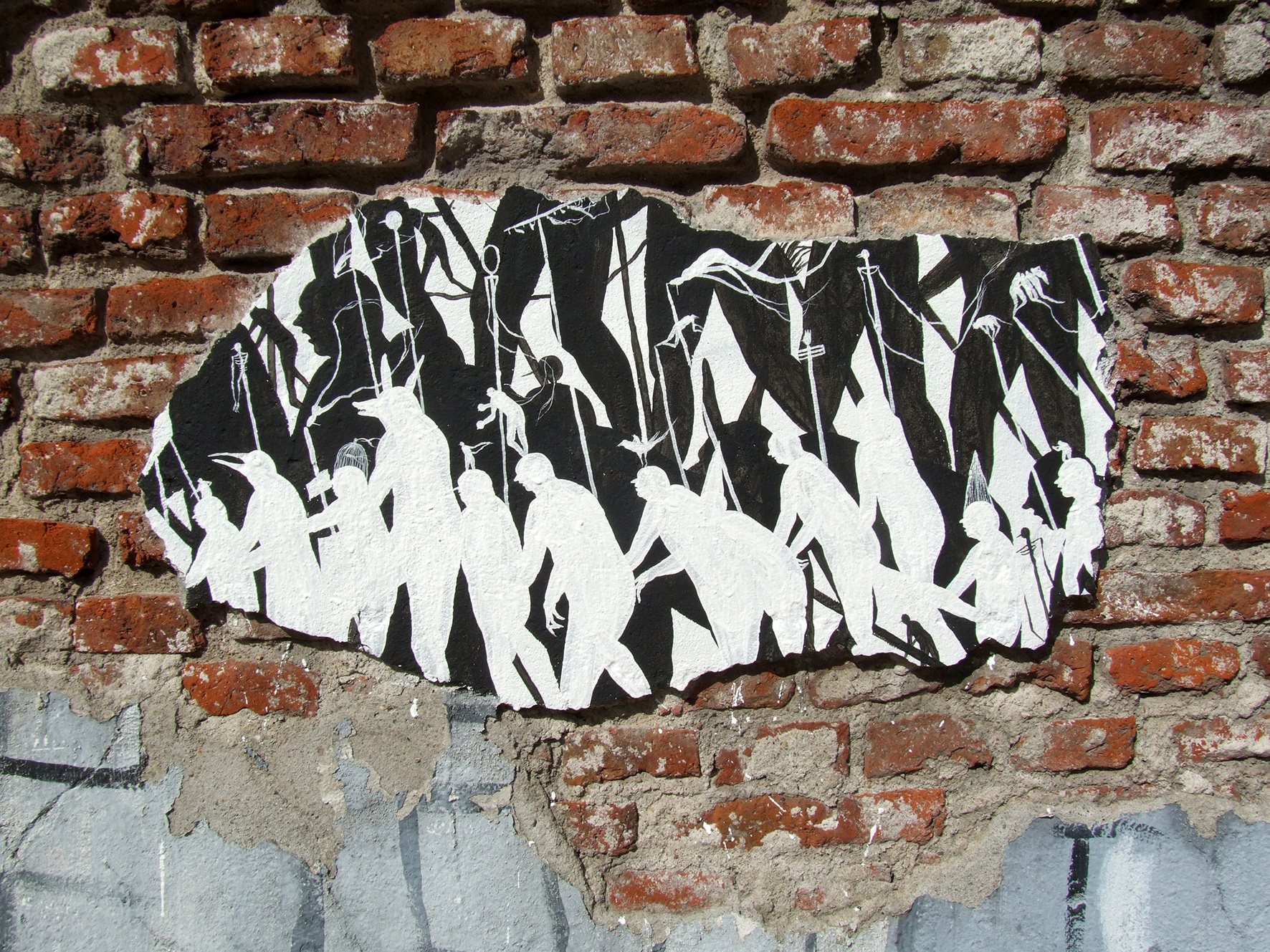 The artist likes experimenting with a lot of different techniques among which acrylics, pens, watercolours, ink and collage.
Through a minimalist style, characterised by the monochromatic use of black, David de la Mano is able to create extremely poetic artworks, a symbolic reflection of human condition and humankind.
The single anthropomorphic figures of the artist gather together and unite in an eternal and recurring movement; the individuals become the mass and they are driven by their dreams, ambitions, fears, vices, hopes, internal conflicts.
The solo show Latitude will propose a reflection on the concept of latitude, viewed not only as a geographical term, but as a situation of the body.

In David de la Mano’s artworks the latitude is not a specific point anymore, but rather an indeterminate point between origin and destination, an intermediate state between active action and passive enduring.
The artist will present a new series of exclusive works for his exhibition at Wunderkammern.

INFO
Latitude
16th november 2016 – 21st january 2017
Before the show a mural workshop for students titled Dentro del muro will be organised, curated by the artist and in collaboration with the Instituto Cervantes of Milano.