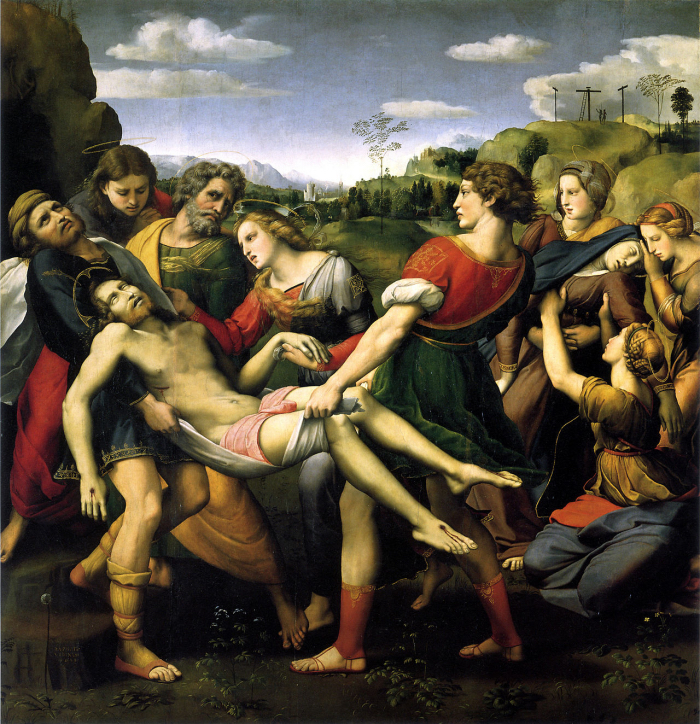 The Deposition by Raphael is one of the artist’s early masterpieces, painted before he moved to Rome, at the court of Pope Julius II, and before many other masterpieces such as the Madonna of the Chair or the Fornarina.

In this post you’ll discover details and curious facts of a masterpiece. 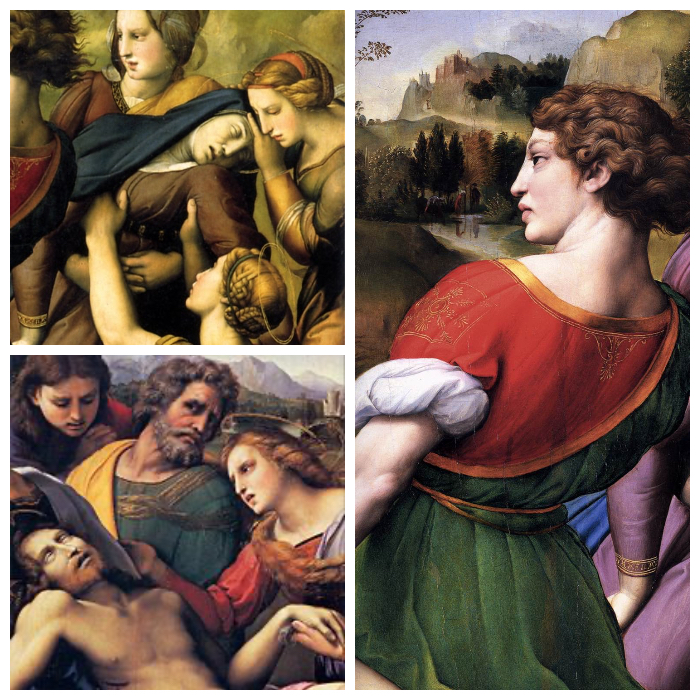 WHO COMMISSIONED THE DEPOSITION BY RAPHAEL AND WHY

The commission of the Deposition by Raphael is connected to a complex project, to a bloody episode happened in Perugia in the early 16th century.
The painting is the central panel of the Pala Baglioni, and it was Atalanta Baglioni who commissioned Raphael to paint this oil painting, in honor of her son Grifonetto, killed after being involved in the conspiracy during which, on July 3rd 1500, Guido Baglioni and his son Astorre died. It was the other Guido’s son, Giampaolo, who avenged and conspired to murder Grifonetto and the other plotters.

The painting was conceived to be placed in the family chapel in the church of San Francesco al Prato in Perugia and, in fact, the Deposition by Raphael remained there until 1608.

WHY THE DEPOSITION BY RAPHAEL IS NOW IN ROME

In 1608 the Deposition by Raphael was secretly moved to Rome by the order of Pope Paul V, who gave it as a gift to Cardinal Scipione Borghese, his nephew.
So Raphael’s painting entered the collection of the works of the Borghese Gallery, where is still on exhibition.

When the citizens of the city of Perugia found out that the Deposition by Raphael was removed, a popular uprising so violent broke out that the Pope was obliged to commission two famous artists of that time, Lanfranco and Cavalier d’Arpino, two copies of the painting.

Later, from 1809 to 1816, the Deposition by Raphael was moved to France by the order of Napoleon, but soon it would return to Italy.

ANALYSIS AND DESCRIPTION OF THE DEPOSITION BY RAPHAEL

The Deposition by Raphael portrays the moment in which the body of Christ is moved to the sepulchre. The three men carrying the body have the arched back because of the effort to drag the dead body. All around the women are in pain and in despair, while in the middle of the composition you can notice the presence of the dead Grifonetto Baglioni, to whom the painting is dedicated.
St John, instead, is the figure with folded hands looking at the body of Christ.

The landscape painted by Raphael is wonderful and drews inspiration from Leonardo da Vinci’s works, while on the hill you can glimpse Mount Calvary.
If in the distance the landscape is characterized by Leonardo’s sfumato, the colours of the rest of the painting are bright and help to make this work one of Raphael’s masterpieces. 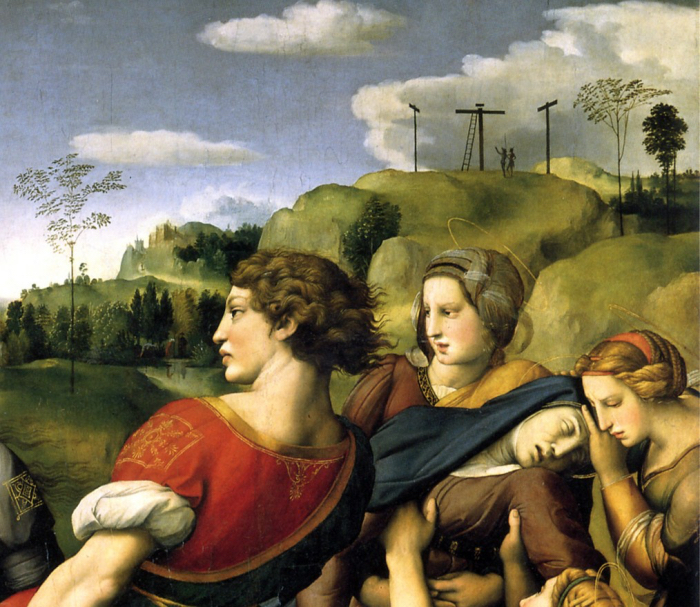 CURIOUS FACTS ABOUT THE DEPOSITION BY RAPHAEL

The painting is signed and dated “RAPHAEL URBINAS MDVII” and it took Raphael a long preparatory work made up of study of the subject and several sketches.

The Deposition by Raphael was originally placed in the Church where another work by Raphael hangs: the Oddi Altarpiece.
The success of this new painting made the artist even more famous, and marked a turning point in the life of Raphael, who shortly afterwards was called to Rome by Pope Julius II.