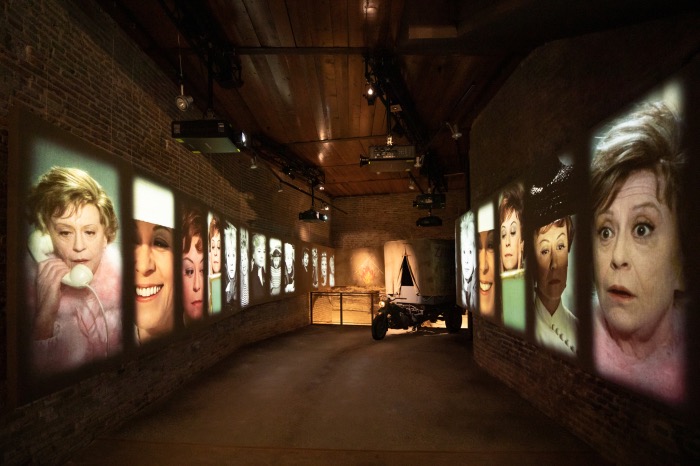 FELLINI MUSEUM: THE LOCATIONS, THE ROUTE, THE WORKS

Fellini Museum, a widespread museum in Rimini to celebrate a great director.
The largest museum project dedicated to the genius of Federico Fellini, which winds its way through three stages: Castel Sismondo, Palazzo del Fulgor and Piazza Malatesta.

In this post I will tell you about the incredible journey of this great museum. 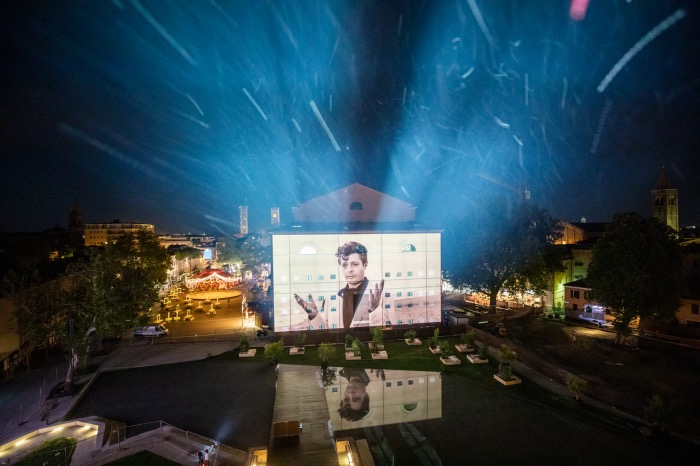 The Fellini Museum is a film museum that focuses on the work of the great director and his art, with over five hours of film excerpts composed in a layout that makes the visitor the protagonist. A unique audiovisual repertoire, presented as a journey through the creative flow of Fellini’s work, flanked by an important documentary section with original set designs, Danilo Donati’s clothes, objects and photographs, and Nino Rota’s notebooks. But the Fellini Museum is also a diffuse museum that allows visitors to cross Rimini in the sign and in the recourse of Federico Fellini.

The Fellini Museum occupies three sites in Rimini’s old town: Castel Sismondo, the fifteenth-century fortress to whose design Filippo Brunelleschi contributed; Palazzo del Fulgor, a building of eighteenth-century origin, where the ground floor houses the Fulgor, the legendary cinema immortalised in Amarcord and now refurbished with sets designed by three-time Oscar winner Dante Ferretti; and Piazza Malatesta, a large urban area, with green areas, arenas for shows, artistic installations, an immense veil of water recalling the ancient moat of the castle and a large circular bench which, as in the finale of 81⁄2, is intended as a hymn to life, solidarity and the desire to be together. 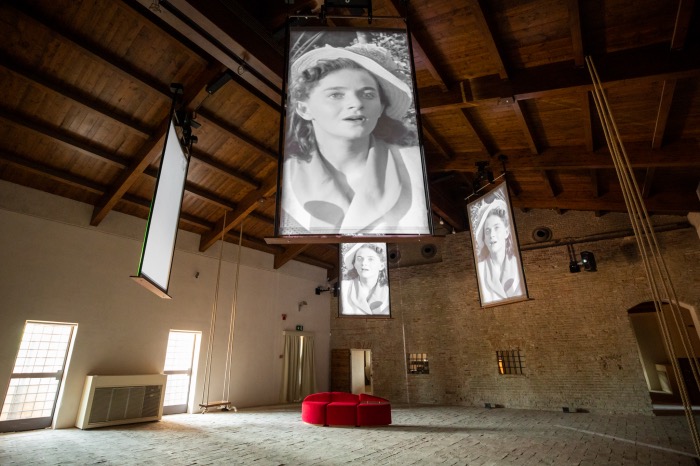 At Castel Sismondo the exhibition begins with a room dedicated to the production of the younger Federico Fellini, as a satirical writer, journalist and cartoonist. The sheets of paper suspended in the centre of the room are the symbol evoking the Maestro’s youthful activity, made up of surreal characters and ideas such as Pinocchio, Bibì and Bibò, Arcibaldo and Petronilla and the drawings by Antonio Rubino in the “Corriere dei Piccoli”. It was with an eye on that world, but with his own original style, that Fellini drew, first for fun and then for work, and began to write for the cinema.

In the following rooms (there are sixteen in total) there is the story of an extraordinary life made up of people and those icons that made his way of making films great: Giulietta Masina, the dolly extension arm (the cinematographic instrument of Fellini’s expressiveness), the magical presence of elements of nature such as the sea, the moon, the wind or snow. Then there are the comic strips and literature, which were a constant source of inspiration together with his passion for occult sciences and esotericism, and then there are the actors, extras and sketches with which Fellini sketched the hairstyles and imagined the make-up of his characters. Finally, there is no shortage of testimonies from the collaborators and professionals who accompanied the director throughout his career, such as scriptwriters, set designers, costume designers, directors of photography, assistant directors, musicians, editors, as well as machinists and electricians, carpenters and plasterers, decorators and carpenters.

There is one room, however, that is significant.
The fifth room recounts the magic of a film that has made cinema history: La dolce vita.
A film that manages to capture a particular moment in Italian history and the fragility of the economic boom. The images of Marcello Mastroianni and Anita Ekberg, brought back to life here in audiovisual installations, become international icons of great Italian cinema but also emblems of the most secret and contradictory motions of the human soul. 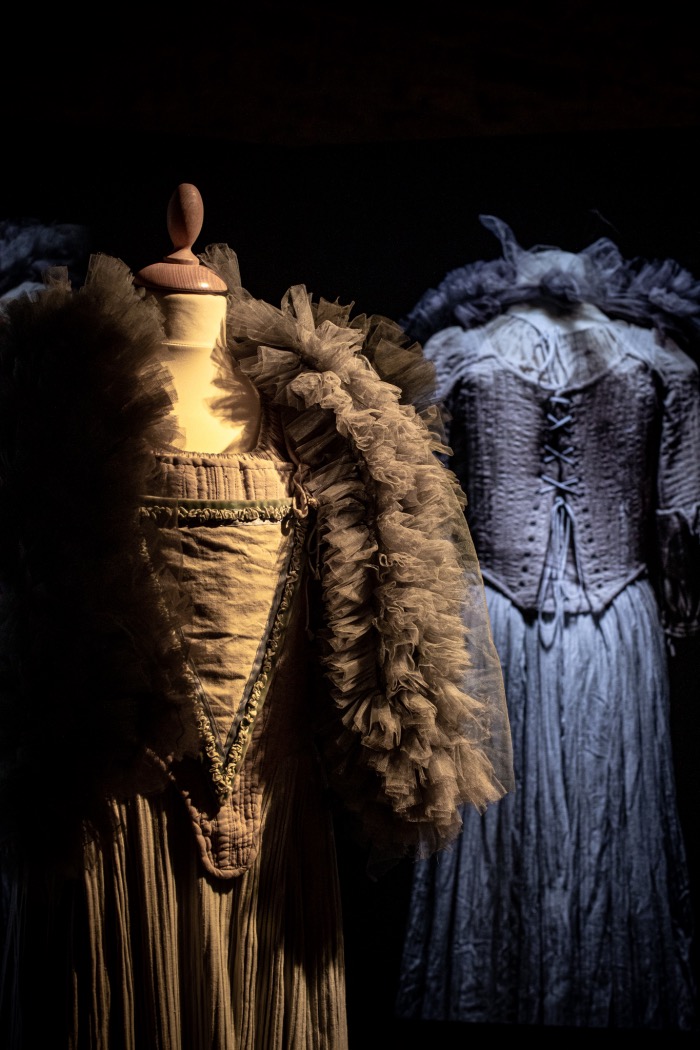 Fellini’s adventure began in the Fulgor cinema. It was here that the young Federico Fellini began to love the big screen, American films, westerns, the comic films of Ridolini, Laurel and Oil, Buster Keaton, Charlot and the Marx Brothers.

Palazzo del Fulgor is now the place to enter Fellini’s life and cinematography, retracing his biographical and creative stages and delving into his projects and his ties of work, love and friendship, thanks to the possibility of consulting digital archives and interactive tools or letting oneself go in discovery of precious original materials, drawings, posters, books and period magazines, films and audiovisual documents.

At the entrance to the Palazzo del Fulgor, visitors are greeted by a large sculpture in jesmonite depicting the rhinocertain, the protagonist of some of the most powerful and evocative scenes in Fellini’s imaginative film E la nave va (And the Ship Sails Away), today the symbol of the entire museum complex.

Fellini’s imagery lives naturally in his films, evoked by the original posters and playbills in the room on the first floor, where visitors can also use a digital archive to take their first steps into the great repertoire of drawings, letters and testimonies which make up the Federico Fellini Fund of the Municipality of Rimini.
On the second floor, in the Room of Words, Fellini’s voice guides us through images, suggestions and visions, taking us into a magical and dreamlike world which pervaded the whole of the great director’s life and work.

Piazza Malatesta is the external part of the Fellini Museum. It is an open-air set in which Fellini’s dreams are projected outwards and invade the old town with displays and installations that connect the classical with the contemporary. Three main areas are designed on this Piazza dei sogni: the circular bench, the water veil and the Bosco dei nomi, reminiscent of the rural scenes in the film Amarcord.

The colours (the coral pink of the centre and the white of the Istrian stone) and materials (a combination of porphyry, marble and granite) of the paving of the square match the surrounding architecture, while a sound path links Castel Sismondo to the Fulgor Palace.
A sound path made up of voices and music taken from or inspired by Fellini’s films crosses the row of trees in the square and reaches the Bosco dei nomi (Wood of Names).

The Bosco dei nomi (Wood of Names), conceived by the poet Tonino Guerra, is a group of stone flowers engraved with the names of great film personalities who were his friends: Federico Fellini, Giulietta Masina, Marcello Mastroianni, Michelangelo Antonioni, Andrej Tarkovskij, Theo Angelopoulos and Sergej Paradjanov. These flowers are lit by three large wrought iron and glass lanterns that Guerra dedicated to the Russian writer Lev Tolstoy.
The wood is set in a green triangle reminiscent of the rural scenes in the film Amarcord and marks the symbolic point at which the first countryside touches the historic city: the arrangement of the maples, with the historic Malatesta plane tree at the top, conveys discipline and clarity to the entire space, while the texture and colours of the spontaneous vegetation that invades the dirt paths and the white paths give the whole area movement and dynamism.

REALIZATION OF THE FELLINI MUSEUM

The Fellini Museum is realized thanks to the participation of almost all the producers of Fellini’s films and the current holders of exploitation rights: from RTI – Gruppo Mediaset to Titanus, from Pea Films Inc to Cristaldi Film, from Rai Cinema to Istituto Luce / Cinecittà, from Gaumont to Lyric Productions to Compagnia Leone Cinematografica, as well as thanks to the involvement of the main national audiovisual archives: from the Teche Rai to the Historical Archive of the Istituto Luce, from the Fondation Fellini pour le Cinèma of Sion to the Tonino Guerra Association, from the Barilla Historical Archive to the National Archive of Business Cinema and the Photographic Archive of the Fondazione Centro sperimentale di Cinematografia, from the Fondazione Cineteca di Bologna to Cinemazero di Pordenone, from Reporters Associati & Archivi to the Associazione culturale Mimmo Cattarinich to the Maraldi Archive. 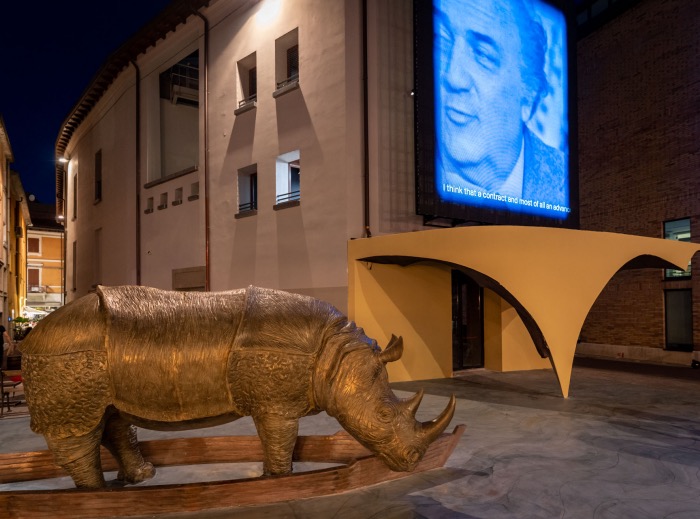 INFORMATION FOR VISITING THE FELLINI MUSEUM