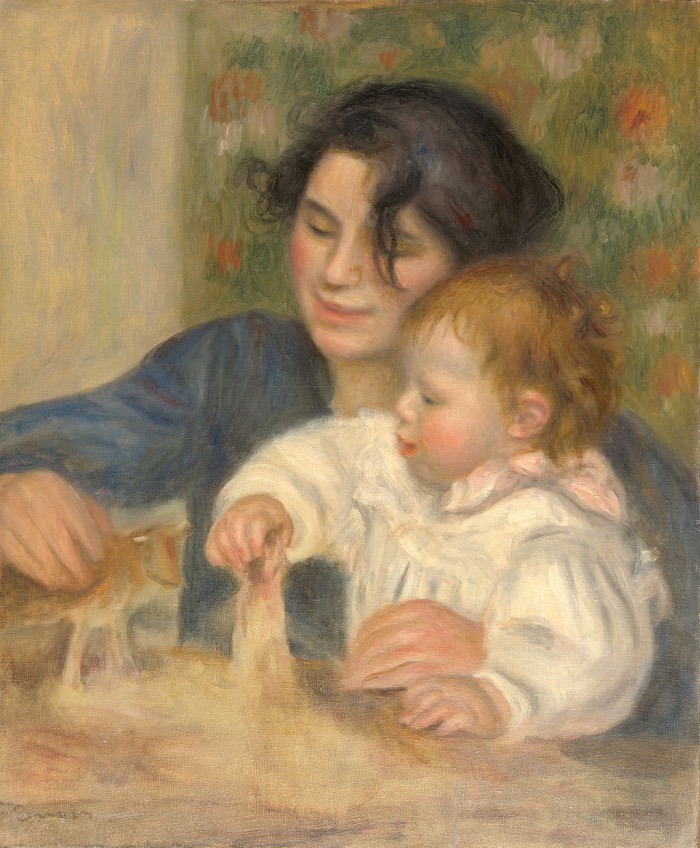 FROM FAMILIAR SCENE TO MASTERPIECE: GABRIELLE AND JEAN BY RENOIR

How can a familiar scene like Renoir’s Gabrielle and Jean become a masterpiece?
In this post you will find a description of the work and the history of this painting.

Gabrielle and Jean by Renoir 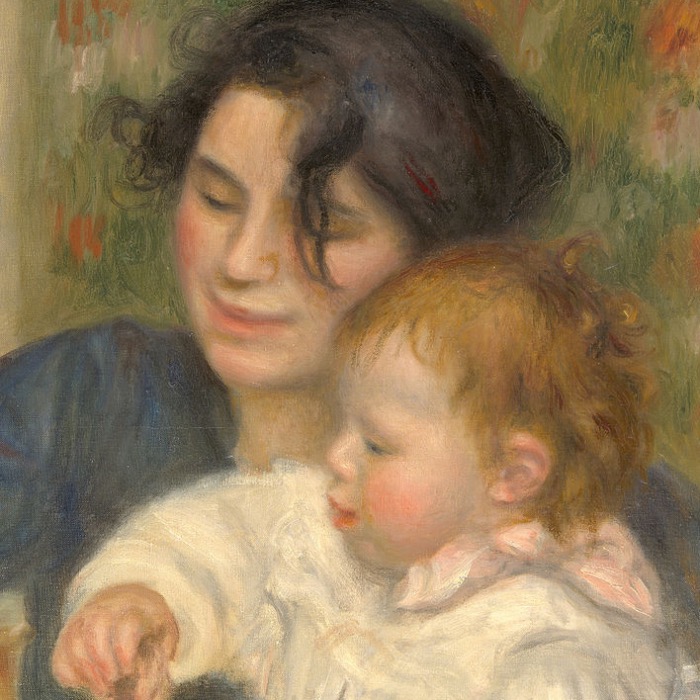 GABRIELLE AND JEAN BY RENOIR, THE STORY OF A FAMILY

Gabrielle and Jean by Renoir is a painting that the artist made around 1895, during a particularly happy period of his life.
In those years Renoir devoted many works to family scenes in which the protagonists are his children in the company of Gabrielle, a cousin of Renoir’s wife who lived at home with them as a housekeeper.

Gabrielle became Renoir’s favourite model in the last twenty years of his career, becoming almost a symbol of the family happiness that was part of the artist’s life.
It is not surprising that Renoir devoted himself to this intimate genre.

The artist lived in a Paris that was growing larger and larger and in which the family home increasingly became a refuge from the hectic city life, a place to isolate oneself from the noise of the modern metropolis.
These subjects became a genre much loved by bourgeois patrons.

His son Jean, on the other hand, was Renoir’s second son and future film director, who left behind precious memories of his father.
Thanks to his memoirs, it has in fact been possible to reconstruct Renoir’s life and career, especially the last part of his life when, despite being stricken with terrible rheumatoid arthritis, he continued to paint until his last day.

DESCRIPTION OF GABRIELLE AND JEAN BY RENOIR

In Renoir’s painting Gabrielle and Jean, the atmosphere is enveloped in tenderness and sweetness.
The head of the child with the golden hair is pierced by the tones of light in the room, and the complexion and cheeks give us the impression of that lively, curious child beside us.

The prevailing colours are the blue of Gabrielle’s dress and the white of Jean’s dress, thanks to which Renoir manages to create two easily identifiable planes in the work.
The background is hinted at and we have to sense it. It seems almost blurred because our eyes must focus on the two protagonists of the work.

If we want to find the historical reference for this painting, we have to think of the genre scenes of the Dutch Golden Age, the paintings depicting the interiors of Dutch houses and the works of Vermeer. In fact, Renoir went to The Hague to see those works live a few years later, in 1897.

WHERE TO SEE RENOIR’S GABRIELLE AND JEAN

Renoir’s Gabrielle and Jean is located at the Musée de l’Orangerie in Paris, the same museum that houses Monet’s Water Lilies.

One thought on “From family scene to masterpiece: Renoir’s Gabrielle and Jean”