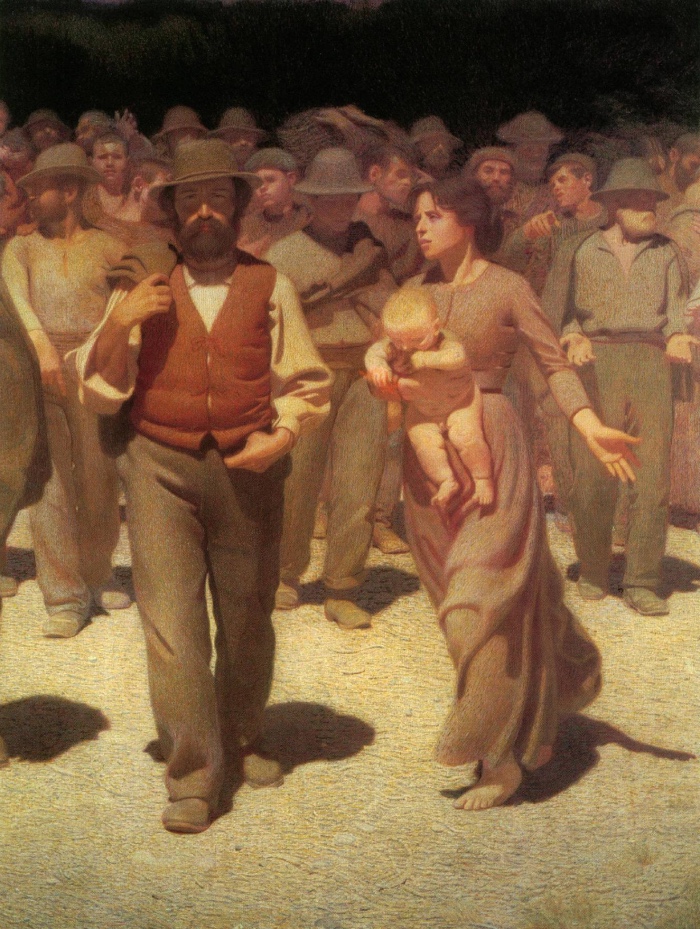 Giuseppe Pellizza da Volpedo painted Il Quarto Stato (Fourth estate) between 1989 and 1901.
This work, the outcome of a period of considerable creative energy, draws its inspiration from labour protests.

Giuseppe Pellizza da Volpedo was a member of Divisionism and this is his masterpiece. 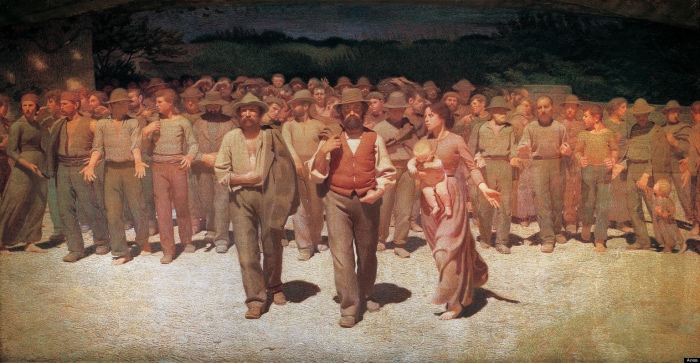 In the foreground, we have two men and a woman with a child in her arms.
Accompanying them are row upon row of other laborers, forming three large groups, with two figures to the side, with the function, as it were, of the wings of a stage, closing off the scene.

Thanks to Pelizza’s decision to include neither buildings nor the township in general as a setting, one is led to interpret the painting on a symbolic level.
We have here not so much the account of a given event.
It is, rather, the representation of a journey undertaken by the laborers themselves.

The canvas was exhibited in 1902 at the Quadriennale Torino exhibition.
It was purchased by the Municipality of Milan in 1920 following a public subscription campaign and now in The Museo del Novecento (the Museum of the 20th century) in Milan.

READ ALSO: What to see in Milan, the museum you must see. 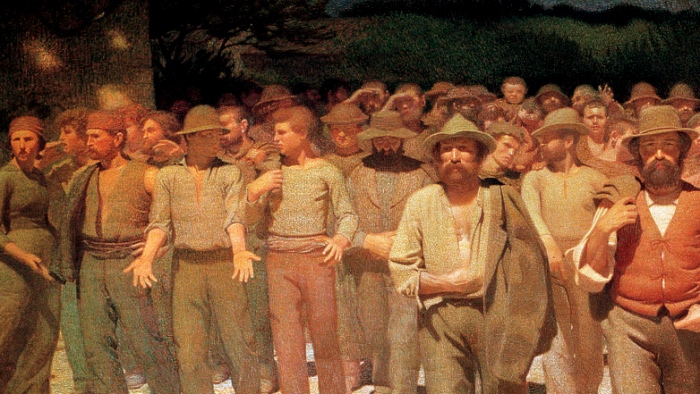 READ ALSO: 5 things to know about Cathedral square in Milan.