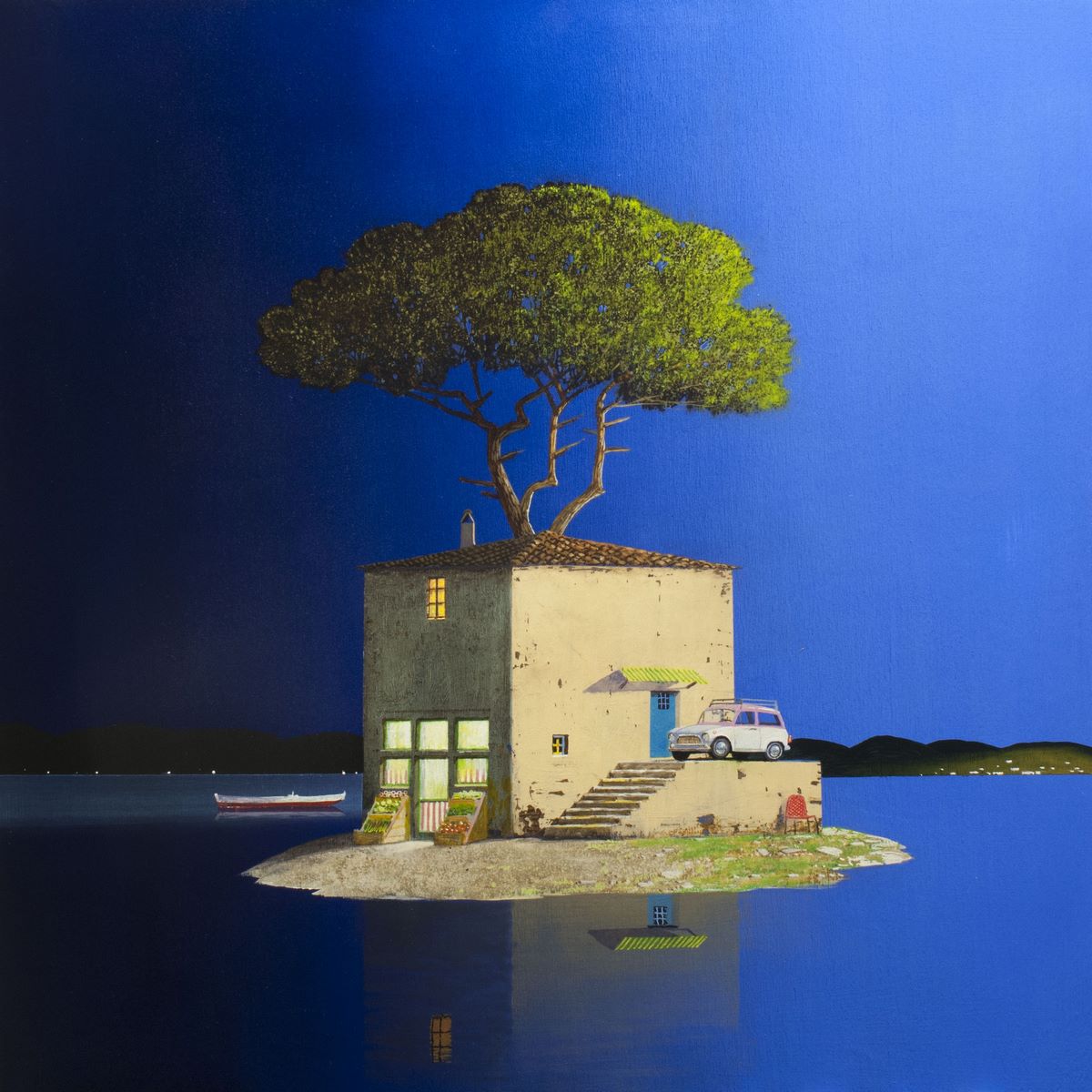 There are artists who have the power to express themselves with the painting of the imaginative and who are able to interpret reality with visions verging on the absurd.

I believe that there is an extreme need for artists who are creators of images and who know how to look beyond reality and are able to spread messages with imaginative power in the world, because this is the only way to better understand what is happening around us and to taste an abstract portion of that infinity to which every human being aspires.
Here then are three Italian artists to get to know. 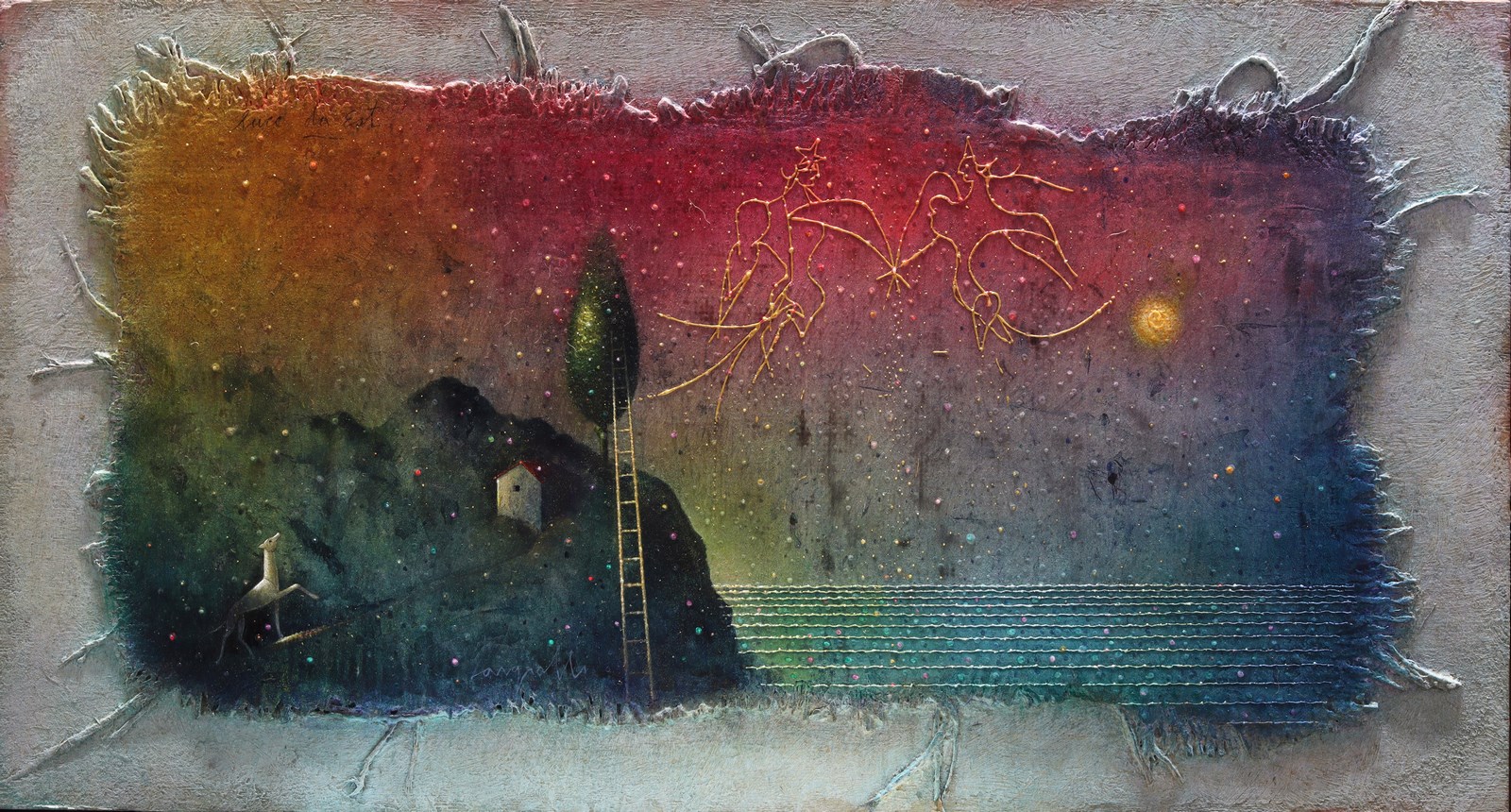 Claudio Cargiolli was born in Ponzanello, a small village near Fosdinovo (Massa Carrara), in 1952. He attended art school and then the Academy of Fine Arts in Carrara, the town where he lives and works.
From the beginning, he favoured imagination and fantasy, but was always keen on good painting and eager to experiment with ancient painting techniques.
At a very young age, he participated in numerous painting exhibitions from 1968 onwards. His first personal exhibition was in 1971, at the ‘Fillungo’ gallery in Lucca, curated by the critic and great art historian Pier Carlo Santini, who would follow him for many years in his artistic research.

Enigmatic subjects predominate in his early works, figures with erased faces and composed in fragments.
Since 1983, Cargiolli has succeeded in assigning order to his visions and form to his dreams, the painting taking the form of a fantastic tale. Reality becomes metaphysical, suffused with poetry, unreal and yet soothing, despite its impossibility of being true.
Cargiolli, in his incessant refinement, composes less and less crowded, timeless images, destined for a private conversation. 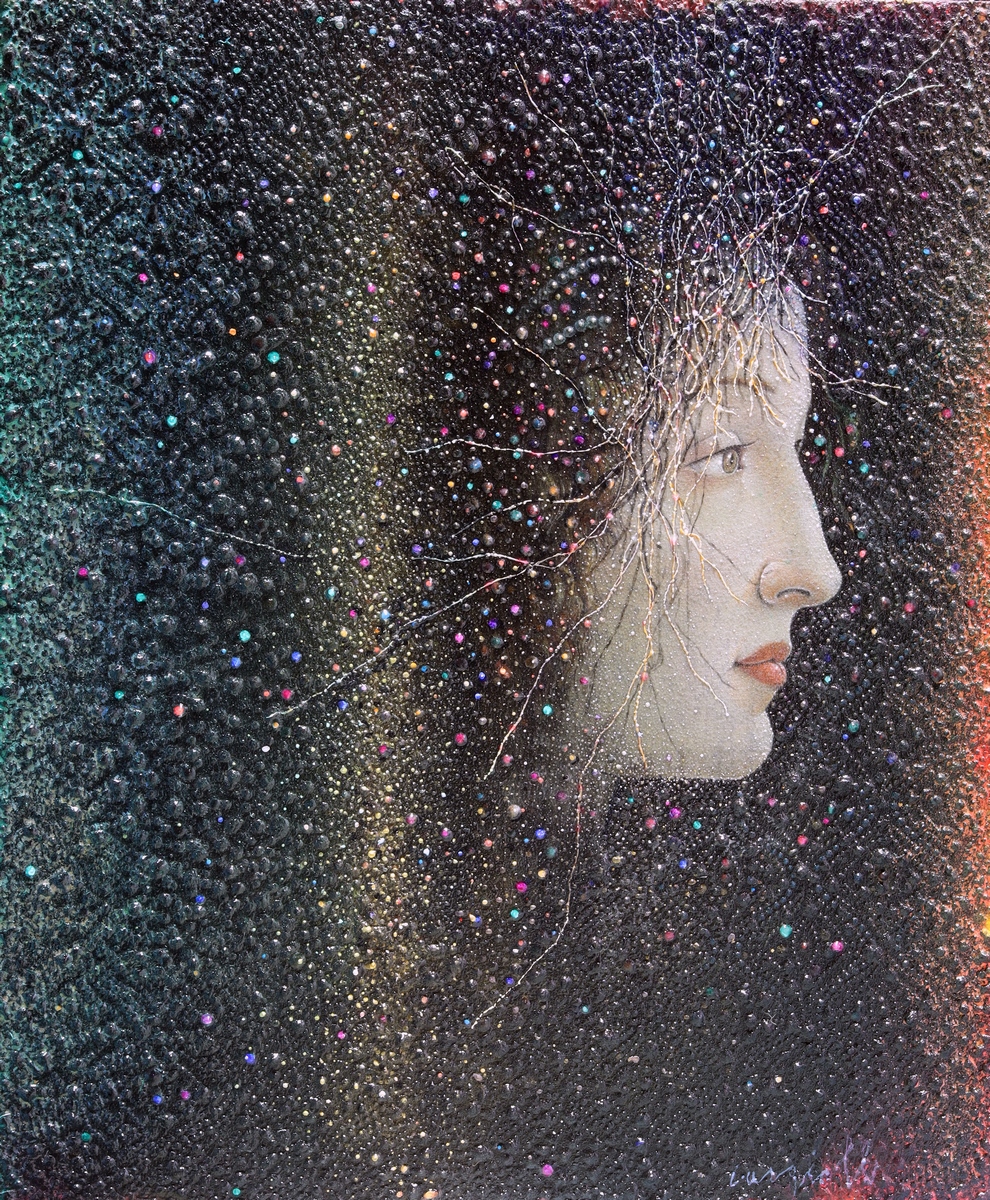 Marco Manzella was born in Livorno in 1962. After graduating from Art School, he obtained a diploma in restoration, working for some time on mural paintings and ancient artistic techniques, and then devoted himself definitively to painting alone.
He began exhibiting in 1985, developing his interest in certain episodes of 15th-century Tuscan painting and in figurative art from the first half of the 20th century.
At the end of the 1990s, he began an approach to figurative painting from the Anglo-Saxon area, spending many years in the United States.
If in Manzella’s early works his focus was on interiors, later on it is water that takes on greater importance.
In 1998, he participated in the Mirabel International Plein-air, organised by the city of Darmstadt (D), starting a fruitful relationship with several German galleries. Having always been attracted to Iberian culture, since 2001 his work has also been recognised in Spain with a series of exhibitions in institutional spaces.
In 2004, the Laboratoires Boiron in Lyon chose one of his paintings for one of their advertising campaigns in France.

The works of recent years confirm his vocation for a painting with a strong narrative value. Some compositions recover the landscape theme, imagined however as an artificial construction detached from any reference to a real place.
Part of his production is dedicated to graphics, which includes drawings and etchings. Over the years, he has collaborated with numerous Italian and foreign galleries.
He lives and works in Viareggio and Brescia. 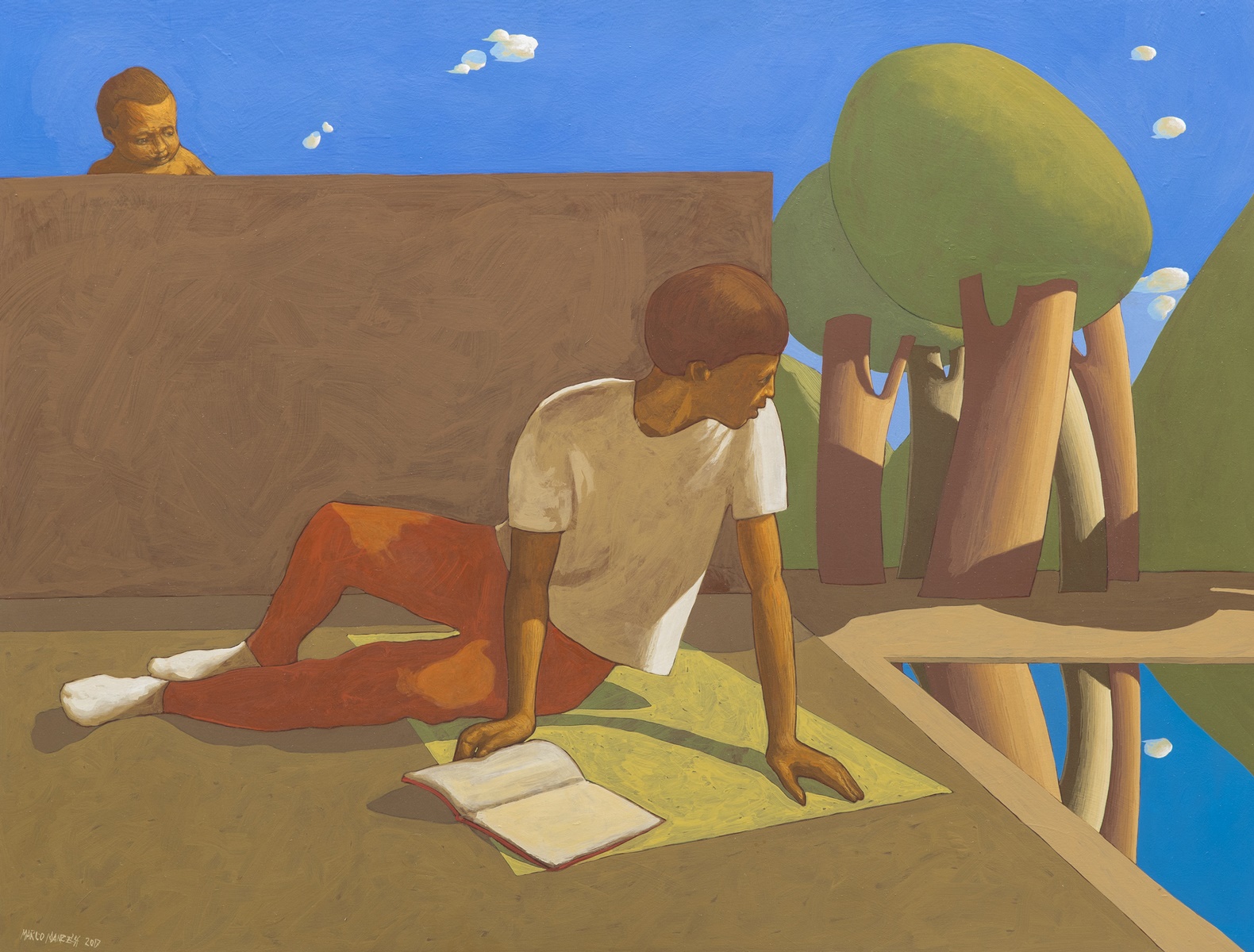 Alessandro Tofanelli was born in Viareggio in 1959. He graduated from the Art Institute of Lucca and attended the Brera Academy in Milan.
While in Milan, he worked as an illustrator for important magazines published by Rizzoli and Mondadori.
In 1973 he won two scholarships offered by the Banca Mercantile for the International University of Art and in 1975 he won the ‘La Resistenza’ prize and first prize in the international ‘INA-Touring’ competition at Palazzo Strozzi in Florence.
In 1984 he won the ‘Giotto d’Oro’ prize and in 1987 the ‘Under 35’ prize in Bologna, the ‘Onda Verde’ prize in Florence and the ‘Ibla Mediterraneo’ international prize.

A short story by Antonio Tabucchi inspired by one of his paintings was published in 2011 (A. Tabucchi, “Racconti con figure”, Palermo, Sellerio, 2011).
Several international auction houses deal in his paintings, among them Christie’s in London.
Tofanelli’s pictorial works are part of important private and public, national and international collections and in his representations, his desire to combine painting with photography and his activity as a video-documentary filmmaker and director is evident.
In 2005, he released his first feature film as screenwriter and director, ‘Contronatura’, which won the Special Jury Prize at the Viareggio Europacinema Festival and the 2005-2006 Nice Festival in New York and San Francisco.
In 2012, he completed his second feature film, ‘Il segreto degli alberi’, which won the Monicelli Prize at the Viareggio Europacinema Festival. 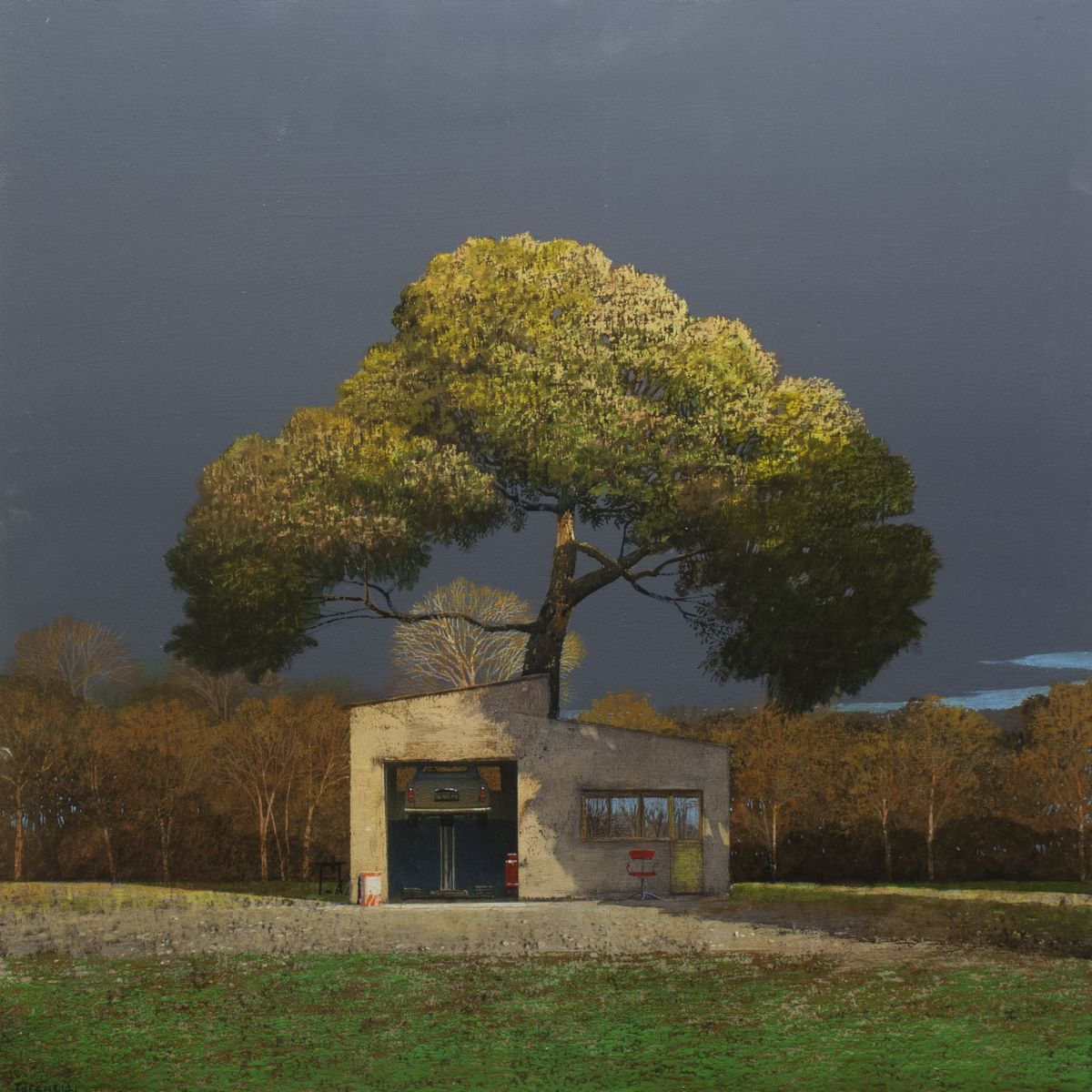 THE PAINTING OF THE IMAGINIFIC ON SHOW

“The Painting of the Imaginific” by Tuscan artists Claudio Cargiolli, Marco Manzella and Alessandro Tofanelli on show from 4 to 31 August 2022 at the Museo Le Stanze della Memoria in Barga (LU).

The title of the exhibition – “La Pittura dell’Immaginifico” (The Painting of the Imaginative) – refers to the preponderant absence of time that characterises the works on display, made of concrete matter and ephemeral light, of small details that conceal a world.
Abstract places, dreamlike places, ephemeral places, that resonate among the stones of Barga, the village of art, loved and appreciated by artists and poets. 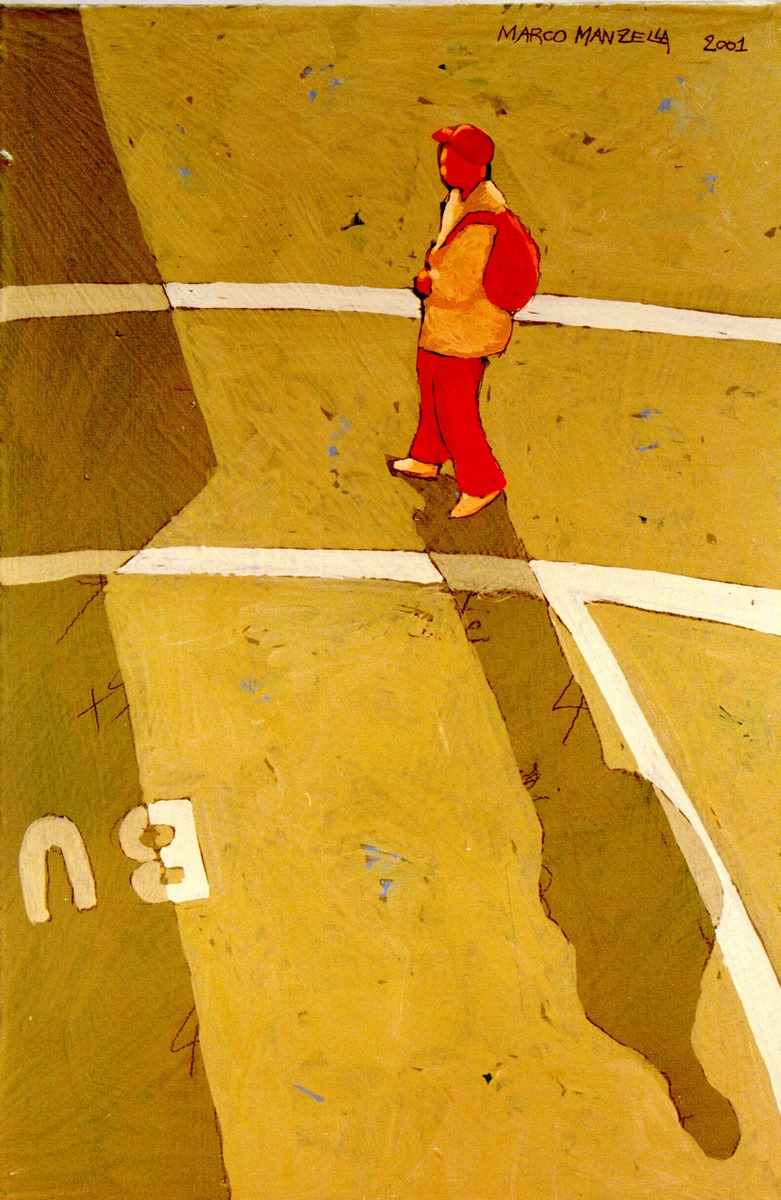 Presented by Giovanni Faccenda, the exhibition is organised by Bernabò Home Gallery with the patronage and support of the Regional Council of Tuscany, the Province of Lucca and the Municipality of Barga, thanks to the contribution of Idrotherm 2000 S.p.a.