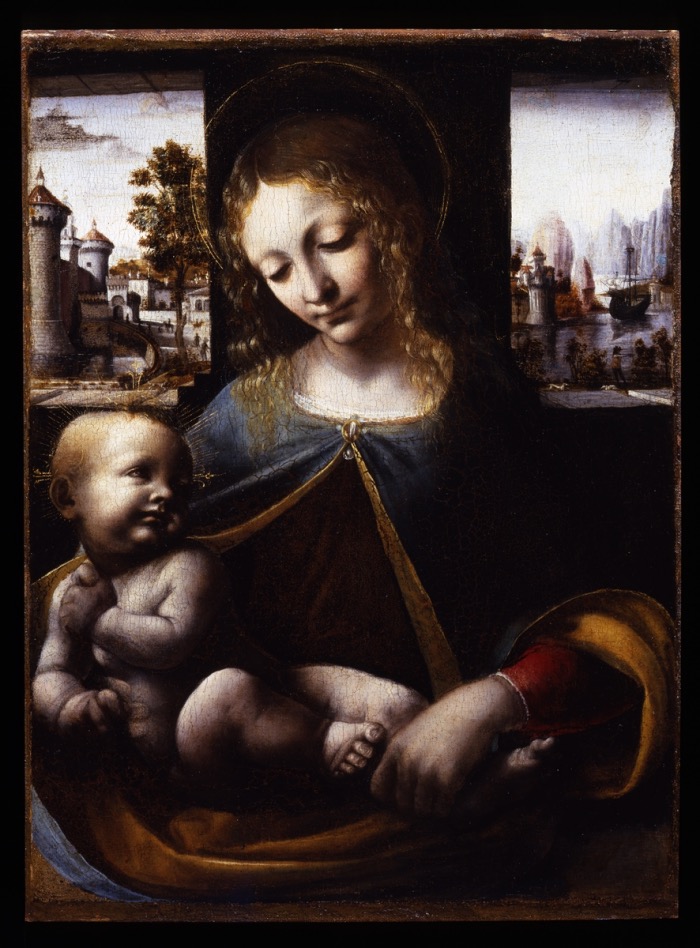 THE MADONNA LIA AND THE STUDENTS OF LEONARDO DA VINCI

The Madonna Lia, painted by Francesco Napolitano, is part of a group of works executed in Leonardo da Vinci’s Milanese workshop at the end of the 15th century, during the years when Leonardo was engaged in numerous assignments at the Sforza court.

Here is what you need to know about this small-scale work executed for an anonymous client. 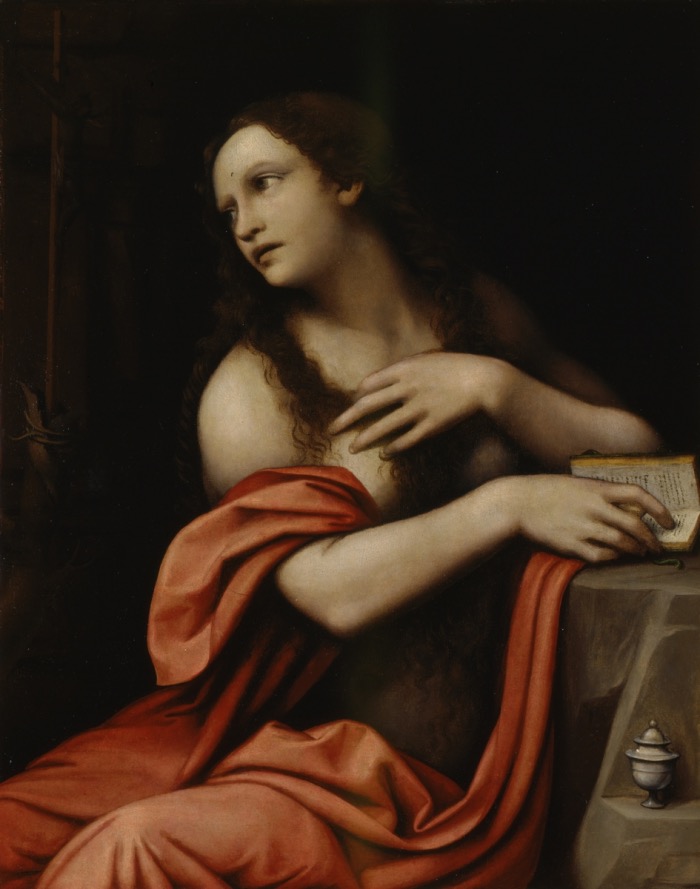 Leonardo had arrived in Milan in 1482 and immediately entered the service of Duke Ludovico Sforza, carrying out numerous tasks for the court.
His skills were used for purposes of verse but, primarily, for a project to create an equestrian monument to Francesco, Ludovico’s father, and for the decoration of the Sala delle Asse in the Castello Sforzesco.

Those Milanese years were intense years for Leonardo da Vinci, but he also found time to follow his pupils such as Francesco Napoletano, who made the Madonna Lia, now in the Pinacoteca of the Castello Sforzesco in Milan.

While in Milan, Leonardo produced many other works, including the Last Supper in Santa Maria delle Grazie and portraits of the duke’s mistresses, the most famous of which is Cecilia Gallerani, the ‘Lady with an Ermine’.
Leonardo also designed costumes and scenery for court festivities and acted as ducal engineer for both canal construction and military works.

Leonardo da Vinci’s life in Milan was therefore hectic and full of activity, but he did not shy away from accepting other small tasks that he entrusted to his pupils. For small devotional paintings, such as the Madonna Lia, he put the pupils in his workshop to work under his supervision.

Before arriving in Milan, Leonardo had already painted two other small devotional Madonnas: the so-called ‘Madonna of the Carnation’, now in Munich, and the famous ‘Madonna Benois’, now in the Hermitage Museumin St. Petersburg. Therefore, this type of work was nothing new for him and he could easily use this type of commission to set a model for his pupils to follow. 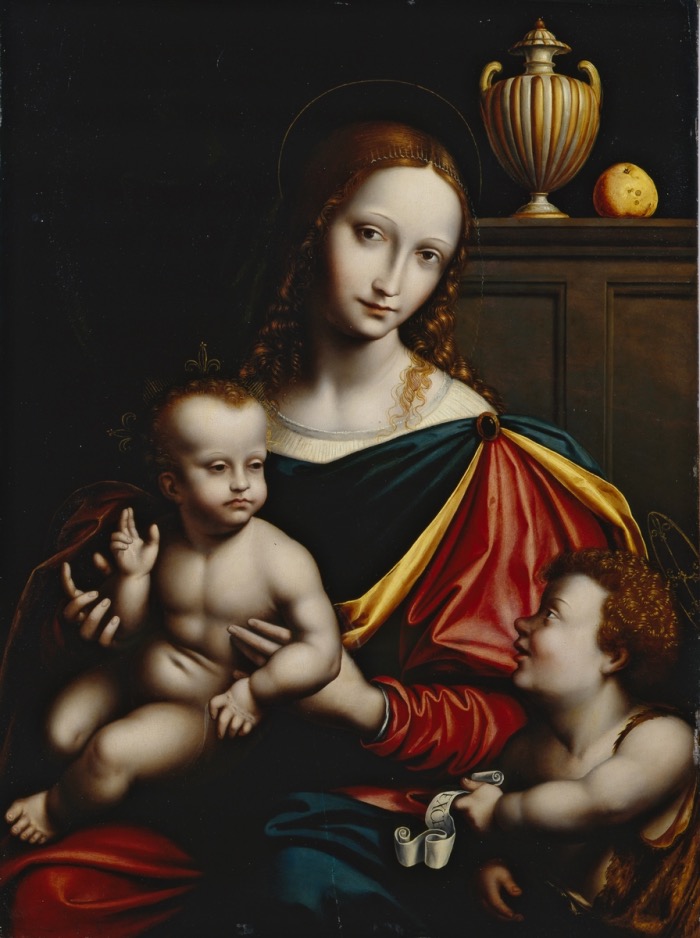 As with other Renaissance artists, the pupils in Leonardo’s workshop were organised into distinct groups: there was a first group consisting of the apprentices Salaì and Melzi who, as beginners, were bound to the master and remained in his service for longer than the normal period of tutelage; there was a second group with a large number of assistants who, judging by age and ability, must have been more or less trained.

The second group included Marco d’Oggiono and Giovanni Boltraffio, the authors of numerous works carried out in contact with Leonardo, and also a painter, still anonymous and conventionally called the Master of the Sforza Altarpiece because of his most famous work preserved in the Pinacoteca di Brera. Francesco Napoletano
probably belonged to this group, but there is very little information and studies have not yet allowed us to fully understand his role in Leonardo’s workshop.

Studies carried out on Leonardo’s pupils have shown that, for all of them, entering and remaining in the workshop was the moment of greatest quality throughout their careers, as if contact with the master cancelled out any experience gained before then.

FRANCESCO NAPOLETANO AND THE MADONNA LIA

Francesco Napoletano is the most mysterious of Leonardo da Vinci’s pupils, but probably one of the most talented.
There is very little information about him and the catalogue of his works presents many problems that have yet to be solved.

What is certain is that his ‘Madonna enthroned between Saints John the Baptist and Sebastian’ is in the Zurich Museum, that he was of Neapolitan origin, that his real name was Francesco Galli and we know that he died of the plague at a young age because, from documents, we know that he left two small children.

The Madonna di Lia is one of the few works that remain to us by this pupil of Leonardo’s and bears witness to the great master’s commitment to passing on his style. techniques and knowledge. 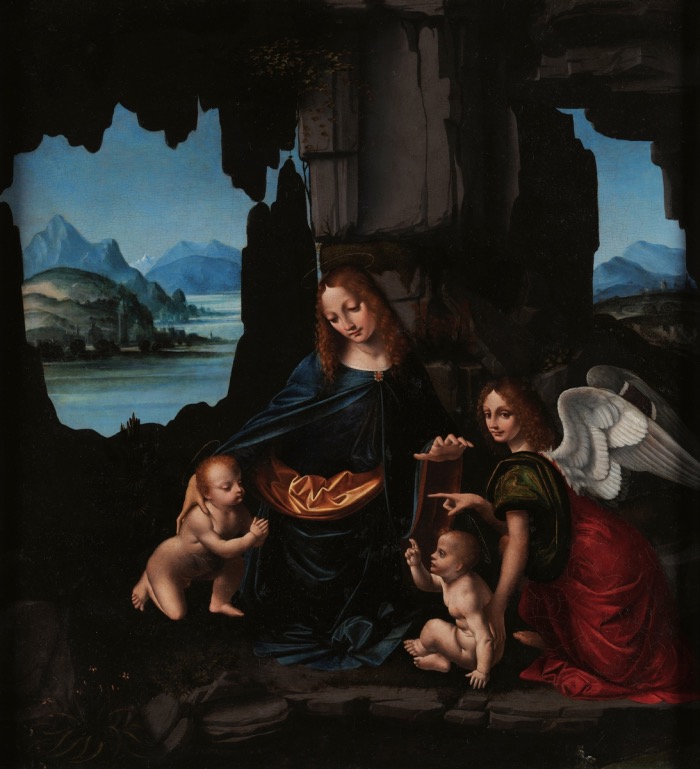 THE MADONNA LIA ON DISPLAY

The exhibition, promoted by the Municipality of La Spezia, focuses on the famous painting made by Francesco Galli, known as Napoletano, for Duke Ludovico Sforza.

The work, donated by the collector Amedeo Lia to the Pinacoteca del Castello Sforzesco in Milan in 2007, returns to La Spezia as part of an exhibition that also brings together other masterpieces, both from Milan and from the Lia Collection, to illustrate the cultural environment that Leonardo found on his arrival in Milan and to demonstrate the results of his extraordinary, enlightening teaching.

The exhibition at the Amedeo Lia Museum therefore intends to celebrate this highly significant and decisive moment for Italian art, and not only, when Leonardo’s genius introduced a revolutionary wind of novelty to the court of Ludovico il Moro, changing artistic horizons forever.

The ‘Amedeo Lia’ Civic Museum was established in 1995 and opened to the public in December 1996, thanks to the important donation of works of art by Amedeo Lia and his family to the La Spezia Town Council. The Lia Collection includes about 1150 works of great variety from the classical era to late antiquity, the Middle Ages and the 18th century. It contains paintings, miniatures, sculptures in bronze, copper, ivory, wood, glass, majolica and art objects of all kinds collected with passion and documenting the taste and culture of art in Italy and Europe.