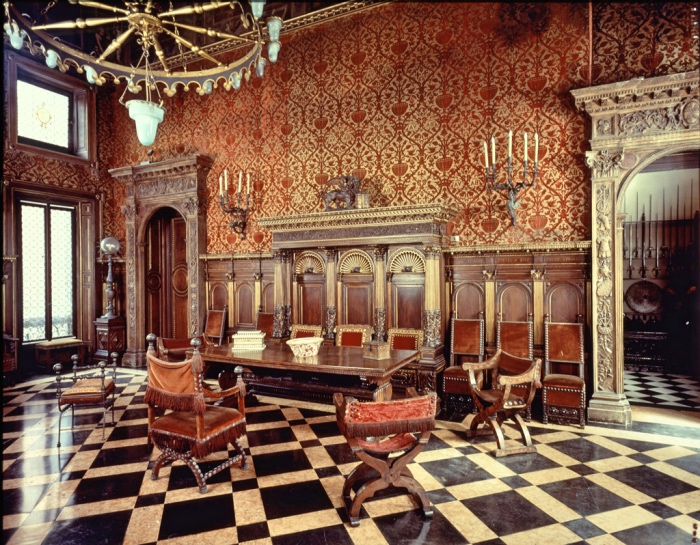 MUSEUMS IN MILAN: THE HOUSE MUSEUMS TO SEE

There are several museums in Milan and several are located in the central areas, which will let you discover not only the beauty but also the history of the city.
All you have to do is walk slowly and Milan will appear like an art city full of charm and stories to tell.

Milan has never shown its beauty because the image of an industrious city has always prevailed.
For this reason, you can hardly think of Milan as a city ideal for a holiday.
Instead, Milan is a place where you can easily lose yourself, because of the considerable quantity of masterpieces to admire, and I’m not just talking about masterpieces hung in the most visited museums such as the Brera Art Gallery.

Museums in Milan: the house museums to see 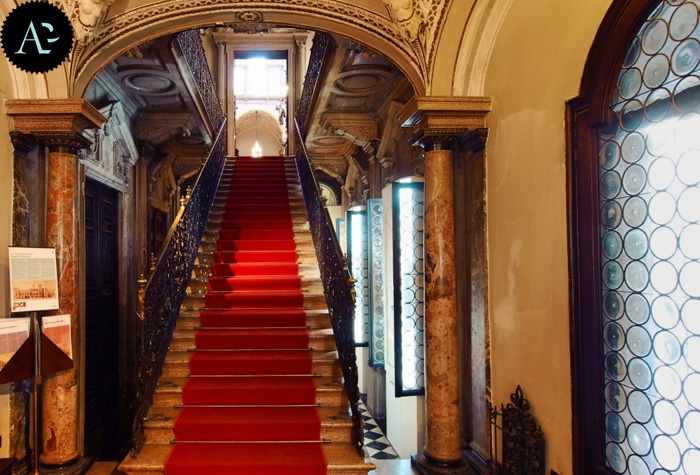 Themuseums in Milan indeed act as a stimulus to the discovery of the city through its works and especially through its protagonists and their residences.

If you’re ready to escape from frenzy and routine to lose yourself in the beauty of Milan, then you must begin visiting the city starting from its historic dwellings and discovering who their inhabitants were.
House museums are a must-see to know all their stories.

Among the alternative itineraries you can follow in Milan an article appeared in Expedia Magazine focuses on house museums, and recommends a visit to the four historic house museums located a few steps from the Scala Theatre.
The tour among the museums in Milan must start from here, from the Historic House Museum Network including four historic houses: the Bagatti Valsecchi Museum, the Boschi di Stefano Historic House Museum, the Necchi Campiglio Villa, and the Poldi Pezzoli Museum.

They are all located in the central area of Milan, between the Central Railway Station and the Fashion District.
So, let’s start from the Boschi di StefanoHistoric House Museumwhich, few steps from the central railway station, displays the collection of works of Italian art of 20thcentury belonged to Antonio Boschi and his wife Marieda Di Stefano, who wanted  it to be the heritage of everybody.

For this reason, a typical 1930s -palace houses the most beautiful collection of Italian art of the 20thcentury in Milan, and you will be enchanted by the rooms of this house where you can find works by great artists such as De Chirico, Boccioni, Morandi and many more.

At a short distance from  the Boschi di Stefano Historic House Museum , near Palestro stop (metro line 1) you can find the Necchi Campiglio Villa with its Art Deco furnishings and works by great artists, from Tiepolo to De Chirico, from Picasso to Fontana and Modigliani collected by  Gigina Necchi and Angelo Campiglio starting from the 1930s.
Its silent garden in the heart of the city and the details of a lavish mid-20thcentury Milanese villa will surprise you.

Heading to via Montenapoleone you’ll arrive at the Bagatti Valsecchi Museum, a 19th-century residence but with a Renaissance style.
Inside each room and each detail celebrates the Renaissance in Lombardy,through works and furniture that make this place simply unique.
It was the residence of the Bagatti Valsecchi brothers who dedicated themselves to build a Milanese house in which the past blended perfectly with the needs of 19th– century life.

In fact, as soon as you enter the museum you feel like you have been catapulted into the Renaissance, but there also some details making it in step with the times, because the Bagatti Valsecchi house wasone of the first dwellings in Milan that was provided with electricity and with a sanitary system fitted with hot and cold running water.
However, 19th-century technology blends with Renaissance elements creating a harmonious style. 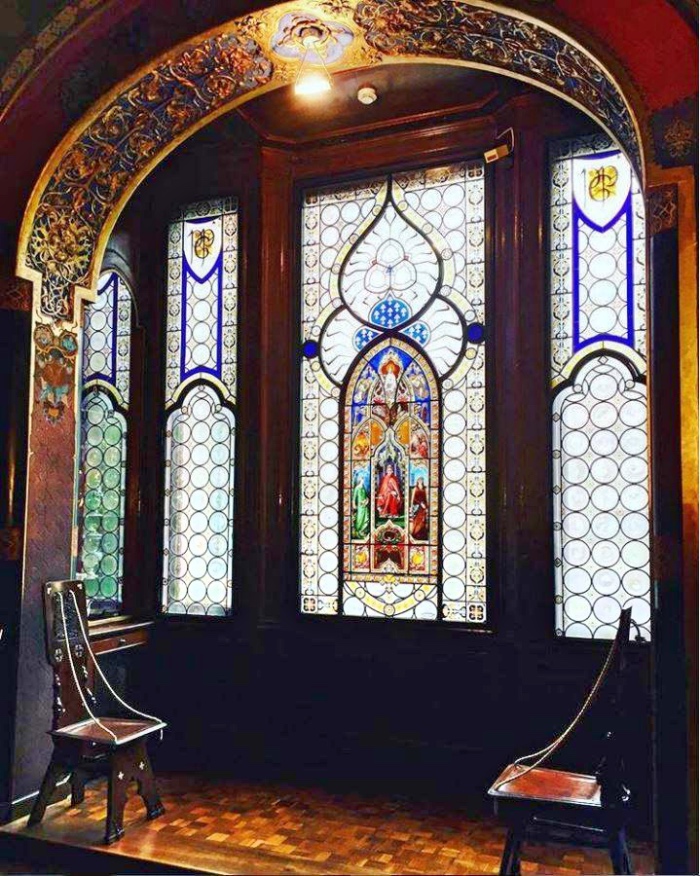 The near Poldi Pozzoli Museum, instead, was the dwelling of the art collector Gian Giacomo Poldi Pezzoli who in the 19thcentury built up a collection containing over 5,000 works of art, including the “Portrait of a Young Woman” by Piero del Pollaiuolo.

Like most collectors of his time, Poldi Pezzoli was eclectic and the quantity and variety of works and objects he collected was huge, including an amazing armoury and a very rich collection of clocks, enamel objects and art objects made of the most precious materials.

There are two more museums in Milanyou must visit and which describe the city through two personalities who are fully-fledged part of the literary and cultural heritage of the city.
It’s the Casa Museo Manzoni (Manzoni House Museum) and the house of Alda Merini.

The Casa Museo Manzoni (Manzoni House Museum) is located in via Morone and the writer lived here from 1814 until his death in 1873.
Since 1937 this house has been home to the Centro Nazionale Studi Manzoniani (National Centre for Manzonian Studies) preserving books, objects and paintings describing the life and the works of Alessandro Manzoni.
The writer didn’t live here only for short periods, and the rooms in which he spent his days are perfectly preserved: the studio where he worked and wrote his novel “I Promessi Sposi” (The Betrothed),and the rooms where he received his friends to talk about literature and politics.

The original house of Alda Merini, instead, doesn’t exist anymore but her house museum has been recreated in a place dedicated to her life and works.
Alda Merini has been one of the greatest poetess Milan has ever had, of a precocious talent (she began writing when she was only 15 years old) and was a sufferer from mental disease.

Her house located in Ripa di Porta Ticinese was completely emptied after her death in 2009 and her furnishings, books and personal objects were moved to the Casa delle Arti- Spazio Alda Merini.
In this place her house and the chaotic atmosphere in which Alda Merini wrote her unforgettable poems were recreated.
From her dresses to her notes written in lipstick, from the piano to her bed, everything in this place reminds you of her and tells the complicated and extraordinary story of one of the most talented protagonists of contemporary poetry.

You have to start from the museums in Milanto begin discovering the history of this big city, but your itinerary must include at least one of its house museums. The palaces and rooms of these dwellings embody the real essence of Milan, which is a beautiful art city but keeps on telling its stories in a whisper only those who want to listen to them.
And you?
Are you ready to listen to these stories? 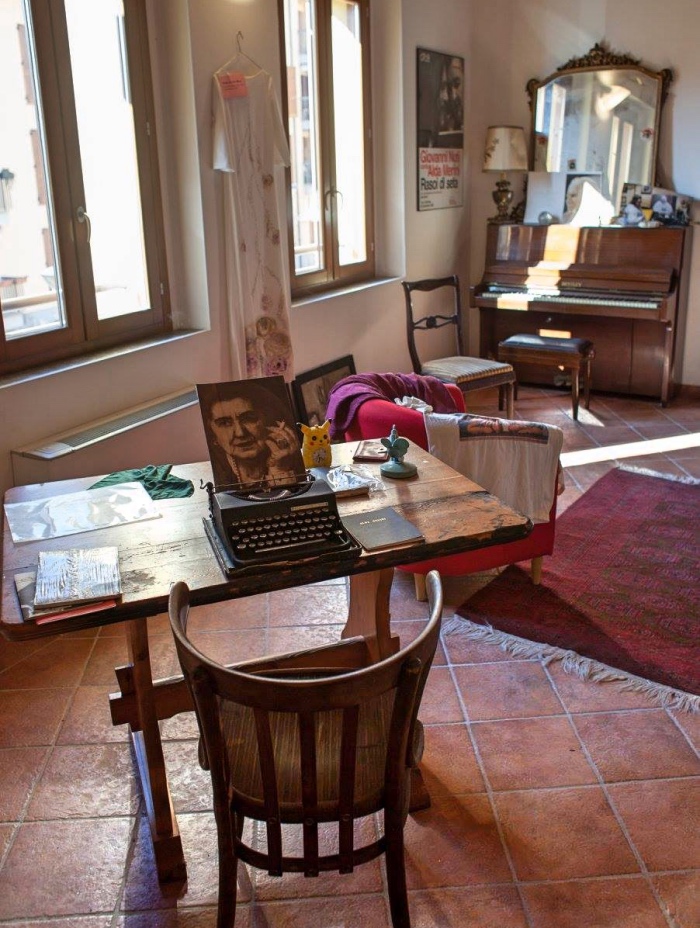