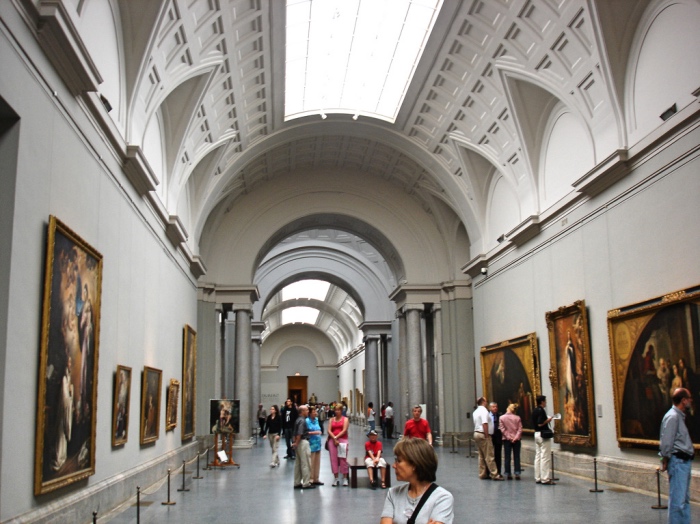 PRADO WORKS: WHAT YOU MUST SEE

Prado works and masterpieces of one of Spain’s most important museums and the unmissable destination for anyone who wants to visit Madrid.
I’ve already written a post about the Prado Museum where I defined this museum the expression of the taste and personality of the various sovereigns of Spain and now I want to make you discover the works you can’t miss before exiting the museum. 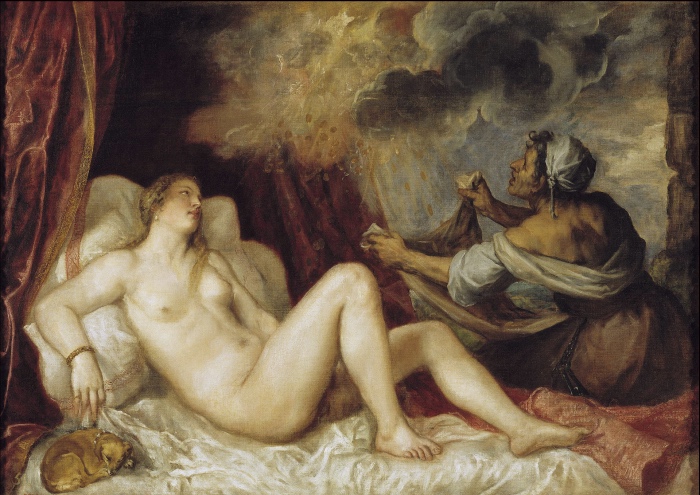 PRADO WORKS OF ART TO SEE

Before entering the Prado Museum you need to plan your visit, because you can’t see everything in only one day.
First, you should book your ticket in order not to wait in queue at the entrance.
Booking your ticket allows you to enter immediately without wasting your time and you can book immediately on the page Prado Museum Tickets.

Here are the masterpieces you can’t miss!

Danae Receiving the Golden Rain by Tiziano Vecellio
The painting is part of a series of paintings Titian was commissioned by Philip II to portray some novels from Ovid’s “Metamorphoses”.
In this work you can see Danae, daughter of Acrisius (king of Argos), while receiving a shower of gold, conceived by Zeus to give birth to their son Perseus.
The girl was locked up by her father in a tower because the king was told that his grandson would kill him, and in fact Perseus fulfils the prophecy.

The Adoration of the Shepherds by El Greco
It’s one of the last works by El Greco, who painted it to decorate his own tomb in the Church of Santo Domingo el Antiguo in Toledo.
The Infant is the protagonist of the painting and from him the light spreads throughout the canvas.
El Greco’s painting style is unmistakable: the figures seem to be about to dematerialize and the entire composition is like a vision. 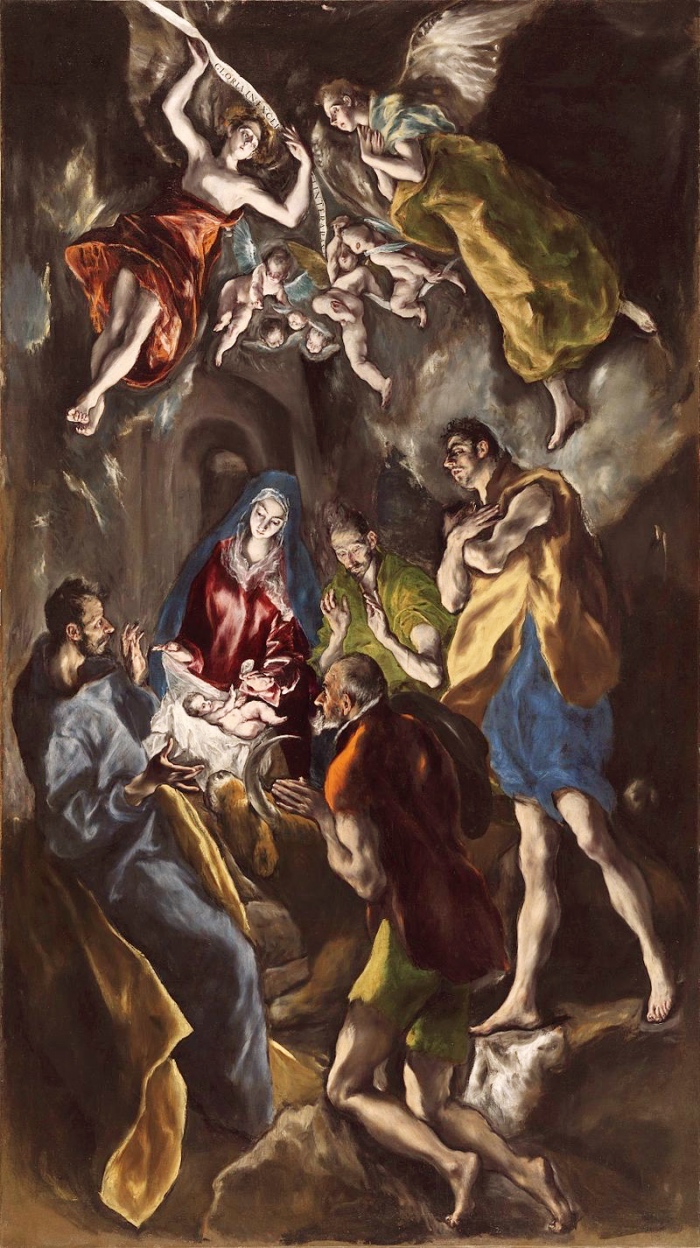 The Adoration of the Shepherds, El Greco

Las Meninas by Velazquez
The Infanta Margaret Theresa is the central figure of the painting; she is surrounded by her servants and maids of honour, while on the left-hand side of the works you can glimpse Velázquez himself while painting the portrait, and in the background you can see her parents, Philip IV and Mariana of Austria reflected in a mirror.
It’s a scene of ordinary life at the Spanish court which the viewer is invited to participate in. 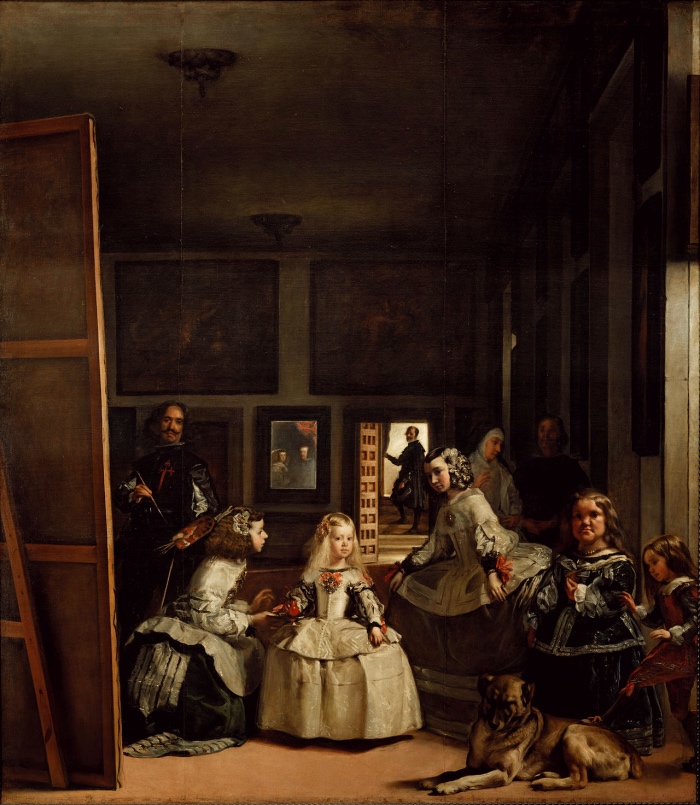 The Maja desnuda and The Maja vestida by Goya
Around 1800 artist Francisco Goya painted two canvases portraying the same woman lying on a bed, but in a painting she was clothed, while in the other she was completely nude.
The Maja vestida (The Clothed Maja) and the Maja desnuda (The Nude Maja) have become some of the most famous paintings in Spanish art, not only because they are two masterpieces by Goya, but also due to the curiosity of the subject. Don’t forget that the nude in Spain was limited and controlled by the Spanish Inquisition. 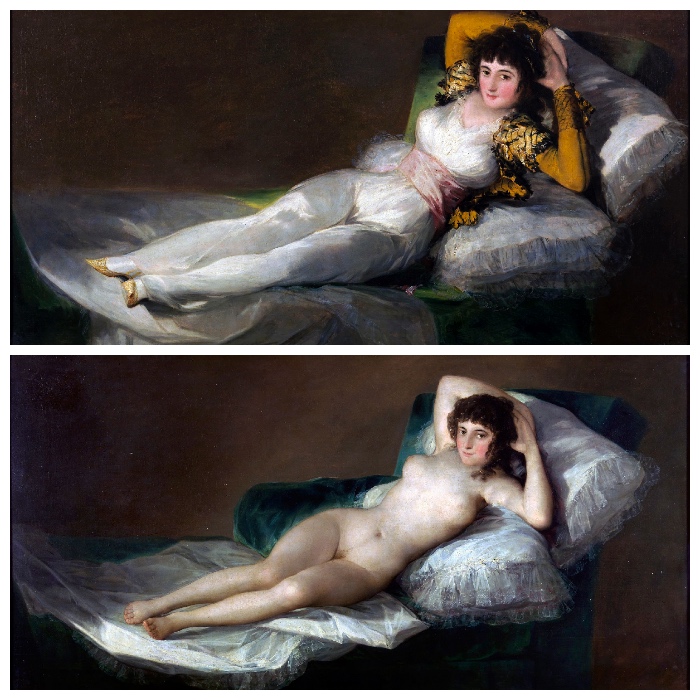 The Maja desnuda and The Maja vestida

You can’t visit the Prado Museum in only one day, and it’s difficult also to make a selection of the unmissable works of art.
To the works I’ve mentioned in this post, I’d add only three more unmissable masterpieces I described in the post Why you should visit Madrid if you are an art lover: 5 masterpieces to see, where you you’ll find “The Garden of Earthly Delights” by Hieronymus Bosch, “The Equestrian Portrait of Charles V” by Titian and ” The Third of May 1808″ by Francisco Goya.

2 thoughts on “Prado works: what you must see”