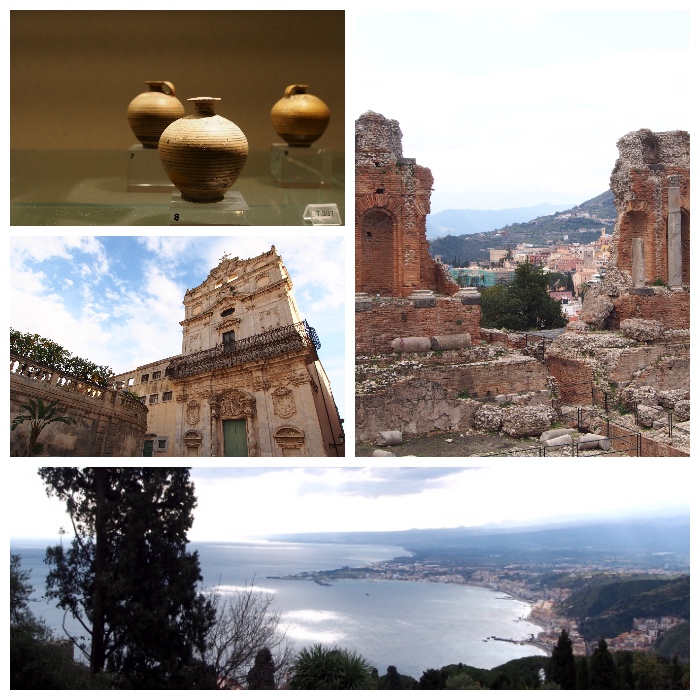 SICILY WHERE TO GO: THE MUSEUMS AND ARCHAEOLOGICAL PARKS OF EASTERN SICILY

Sicily, where to go if you want to visit the island starting from its history and museums?
I’ll try to answer this question by telling you something about my journey to Eastern Sicily, which allowed me to discover a territory full of history and art, but also to understand where to go if you have only a weekend at your disposal.

In this post you’ll find my advice about making a 3-day journey into art and culture in Eastern Sicily, and all useful information. 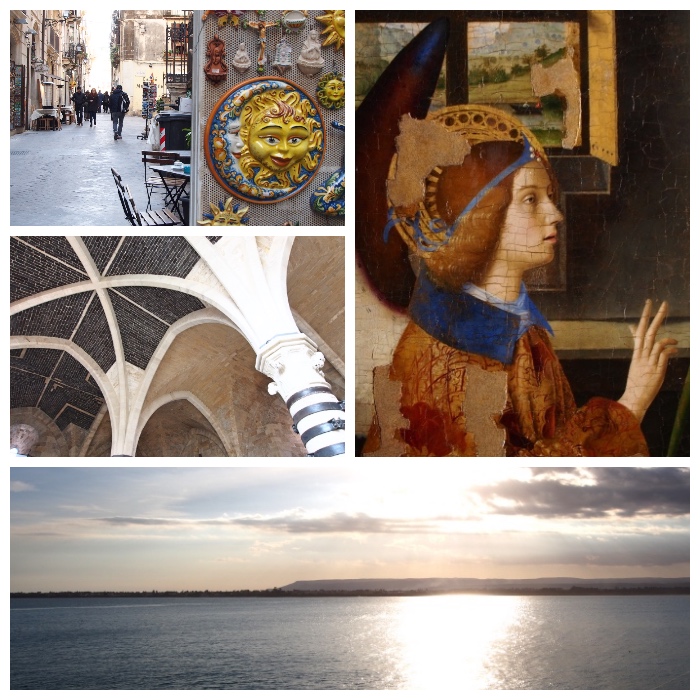 I arrived in Sicily a mid-February day and the spring-like temperature aroused my enthusiasm, which was already tremendous, because I looked forward to discovering the marvels of an island I hadn’t visited yet.
Before leaving, however, I planned the trip and on the site of Aditus Culture I found all the information I needed to know which museums and archaeological parks I could visit, including the possibility to book tickets directly.

SICILY WHERE TO GO: THE MUSEUMS AND HISTORIC PLACES TO VISIT

The Neapolis Archaeological Park of Syracuse – a place where the ancient history of Syracuse is concentrated in an open-air museum which measures 240,000 square meters.
From the stone base of the Altar of Hieron, the largest altar of the Ancient  Greek world, to the Greek Theatre, dug on the slopes of the Temenite hill, the Neapolis Archaeological Park is a journey back in time, and you feel like you’re living at the times when Syracuse was one of the most important cities of the classical world.

Maniace Castle – located in the most ancient area of the city of Syracuse, the Island of Ortygia, the Castle was built starting from 1232, by Frederick II. Thanks to its strategic position it controlled the harbour of the city.
The castle was named after the general George Maniakes, who had conquered Syracuse from the Arabs in 1038. 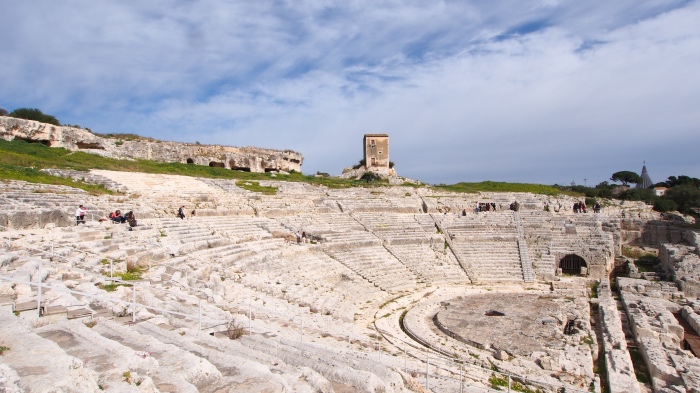 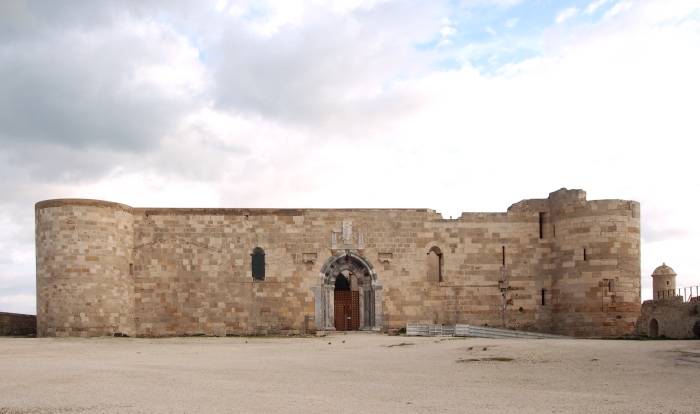 The Archaeological Museum Paolo Orsi– it’s one of the most important archaeological museums in Europe for quantity and quality of the objects housed and on display.
To visit the museum you need at least 3 hours because it houses artifacts from prehistory to the Byzantine age.
The Museum is named after the famous archaeologist Paolo Orsi, who started a series of archaeological excavations which allowed for tracing the ancient history of Eastern Sicily. 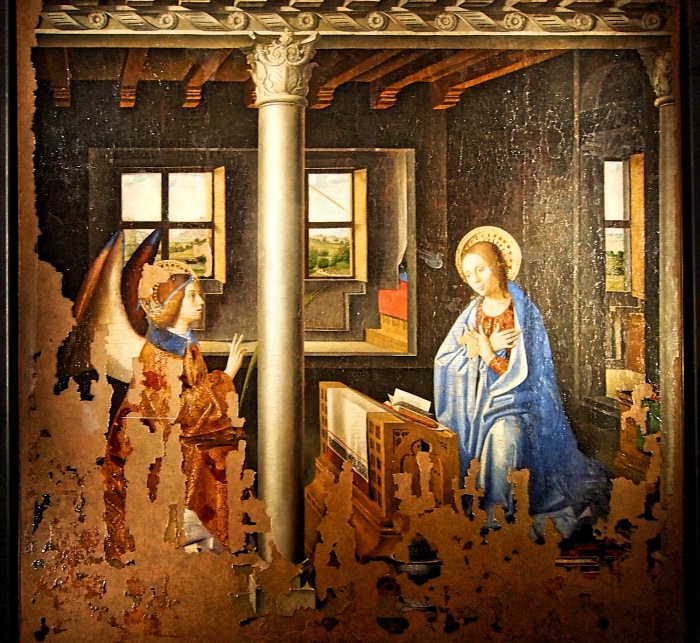 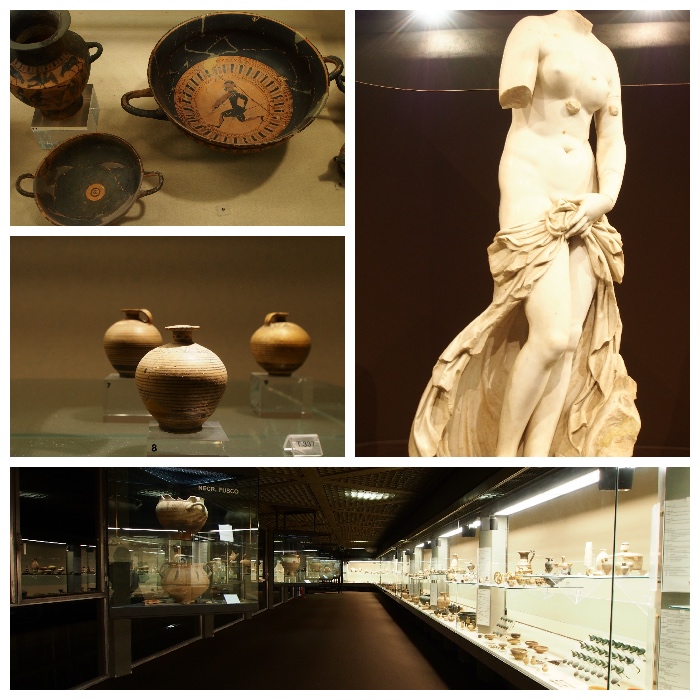 The Ancient Theatre of Taormina – it’s the second largest theatre in Sicily, after the Theatre of Syracuse, but is the most famous. After all, the view of the Gulf of Schisò and the Mount Etna makes this place magnificent not only when you enjoy a theatrical performance or a concert.
The stalls are dug into the rock, and, in ancient times, could hold up to 10,000 spectators.

Giardini Naxos – first Greek colony in Sicily, it has an archaeological area about 40 hectares wide and the archaeological museum offers an overview on its history. 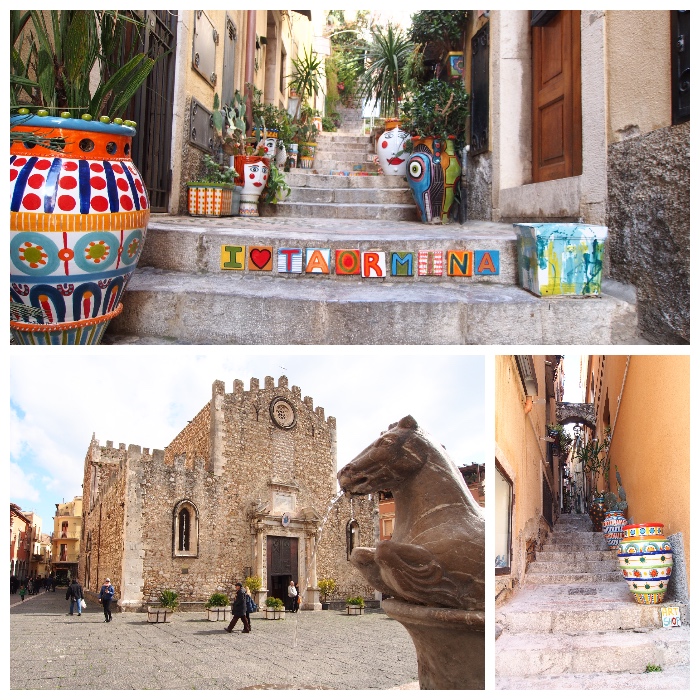 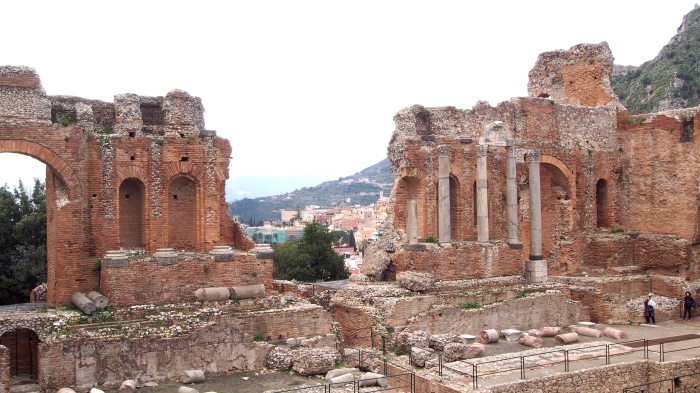 SICILY WHERE TO GO TO EAT

Neapolis Cafè – the cafeteria is located inside the Archaeological Park of Neapolis. Here I had lunch immersed in a magical scenery, savoring the local food and wine excellences.
The cafeteria is open every day, according to the timetable of the Park.

Ristornate Salvo a Porta Marina – in this restaurant in Syracuse I had dinner, with excellent seafood dishes, in a building of the fifteenth century with a vaulted ceiling atmospheric suggestive.
Contacts: http://www.ristoranteportamarina.135.it

Giardini di Babilonia – in this restaurant, located in a beautiful corner of Taormina, I ate very well.
The dishes are well presented and made with high quality products.
The building is not just a restaurant but also houses an Italian school for foreigners.
Contacts: https://www.facebook.com/I-Giardini-di-Babilonia-145725498885027/

SICILY WHERE TO GO TO SLEEP

Hotel Parco delle Fontane – this was my point of support for my weekend in Eastern Sicily where I stayed but I also had dinner one evening in the restaurant.
This is a 4-star hotel in Syracuse, in a 19th-century villa surrounded by a lush and recently restored park. Hospitality and dinner were excellent.
Contacts: http://www.hotelparcodellefontane.com/it/