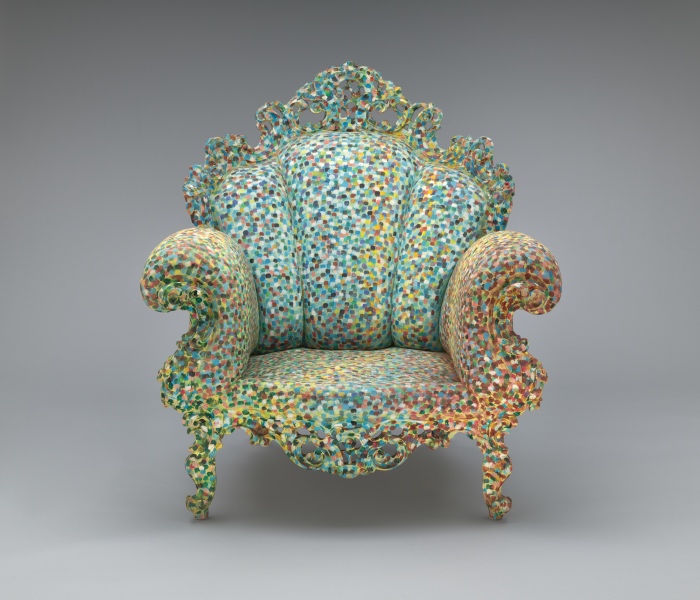 PROUST ARMCHAIR BY MENDINI: CURIOUS FACTS ABOUT A DESIGN ICON

The Proust Armchair by Alessandro Mendini is a design icon.
A piece of furniture everyone knows, that many people have seen at least once in their lifetime but only few people, design lovers or experts know when and by whom it was created.

The Proust Armchair entered the houses of those who love provocations and eccentric inventions, but especially is part of the collective consciousness.
When was it created? Is it still in production? And why it is called Proust?
In this post I’ll answer all these questions and maybe I’ll arouse some more curious facts, especially about who made it.

The Proust Armchair by Mendini 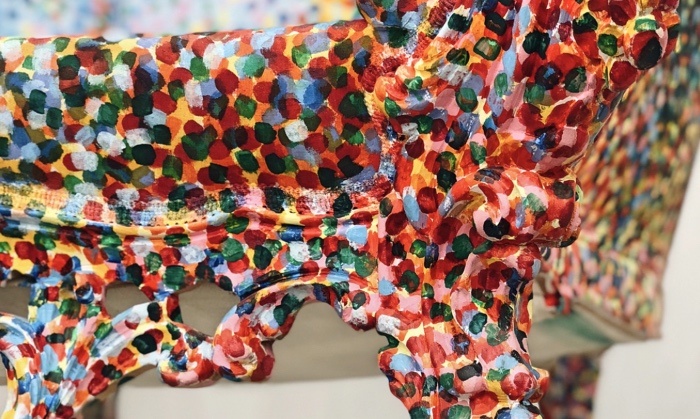 A detail of the Proust Armchair. Hand painted wood.

Alessandro Mendini was a versatile designer and a director of very important architecture and design magazines, such as “Casabella” and “Domus”.
When, in the second half of the 1970s, he began to design the Proust armchair he was thinking of a typical 18th-century armchair but decorated with the Pointillist technique.

He wanted to combine a fabric inspired by art and in particular by Pointillist painting, Divisionism and Impressionism with an object that reproduced the Baroque style.
So he created an armchair with carved wooden frame upholstered, hand painted and with a multicoloured fabric.

WHEN THE PROUST ARMCHAIR WAS DISPLAYED FOR THE FIRST TIME

The Mendini’s armchair was displayed for the first time in 1978, in a special place such as Palazzo dei Diamanti in Ferrara on the occasion of the exhibition “Close encounters of architecture” and the fabric was a detail of a lawn painted by Paul Signac.
Since then the history of this armchair has had considerable success so that the Proust armchair is on display at the MoMA.

At the beginning the chair was produced in few models, but it achieved enormous success that it has been producing in several variations and also in different materials, such as plastic, and also to be outdoor furniture (produced by Magis).

THE PROUST ARMCHAIR IS A WORK OF REDESIGN

Alessandro Mendini defined his armchair a work of REdesign, an idea at the base of many Mendini’s creations.
In fact, since anything has always been invented, Alessandro Mendini believed that the modern man just has to reinterpret existing objects and recognizable masterpieces.

Many people have defined the Proust Armchair a kitsch object, but literary references, artistic quotes and hand-crafted work make it a real design icon, still today in production. 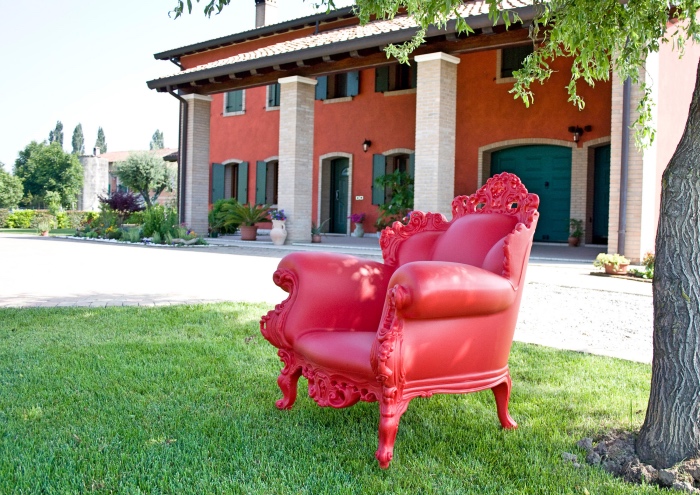 READ ALSO – Design lamps: those which made history and are still modern