THE STATUE OF ATHENA FROM GREECE TO SICILY

A statue of Athena from the Acropolis Museum in Athens arrived in Sicily in exchange for a fragment of the Parthenon frieze.

An exchange between Italy and Greece that allows the statue of Athena to be admired in Sicily for four years and a fragment of the Parthenon to be delivered for the same period of time, opening the way to probable new forms of collaboration to bring back to Greece all the elements that once made up the decoration of the most important temple in antiquity.

The Statue of Athena 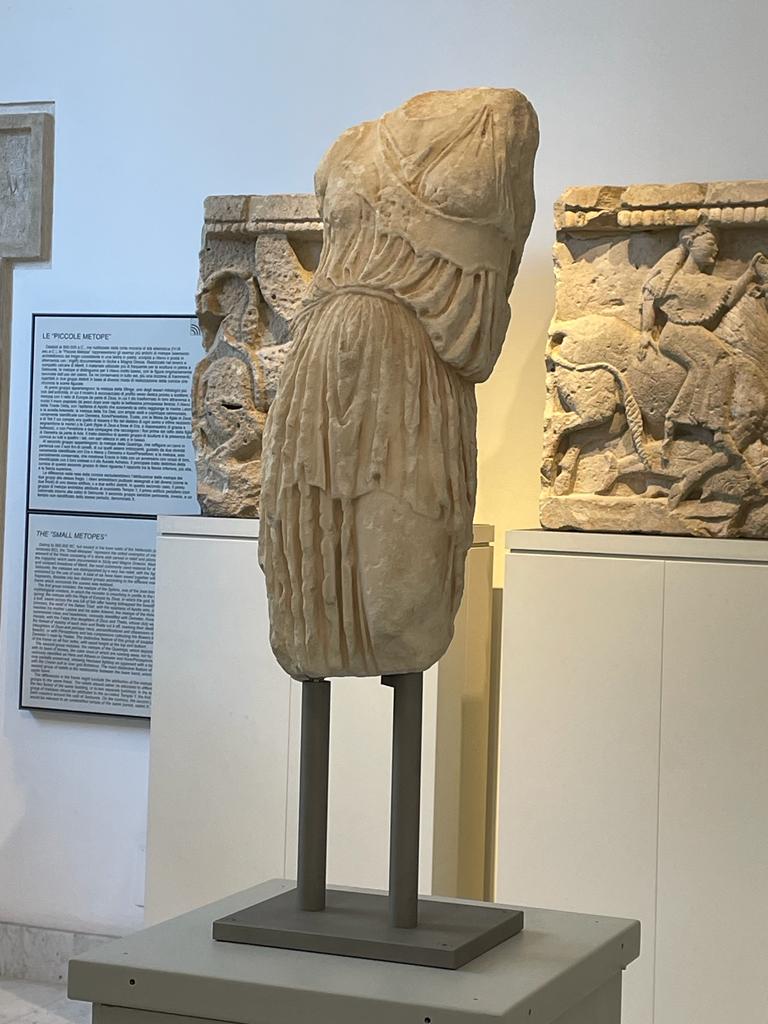 The headless statue of Athena is 60 centimetres high and made of Pentelic marble.
It depicts the goddess dressed in a peplos marked by a belt worn on the waist and with the aegis, the typical armour used by the goddess for protection, tightly placed across her chest.
Originally the aegis, which always has fringes, was decorated with the head of a Gorgon in the centre, now unfortunately lost.

Athena is depicted supporting the weight of her body on her right leg, while her left arm probably rested on a spear.
The pose of the goddess is soft and the clothing, which reveals the shape of her body, is typical of the Attic style of the late 5th century BC. inspired by the models of the Parthenon sculptures.

The statue of Athena is part of the collection of works in the Acropolis Museum in Athens, which brings together materials found on the Acropolis that bear witness to the refined culture of classical Greece.
The Acropolis Museum in Athens is one of the most evocative places to visit to discover the ancient origins of Western culture, but it is also a museum that looks to the future, thanks to the fact that it has made the exhibition available also to those who physically cannot travel to Athens. 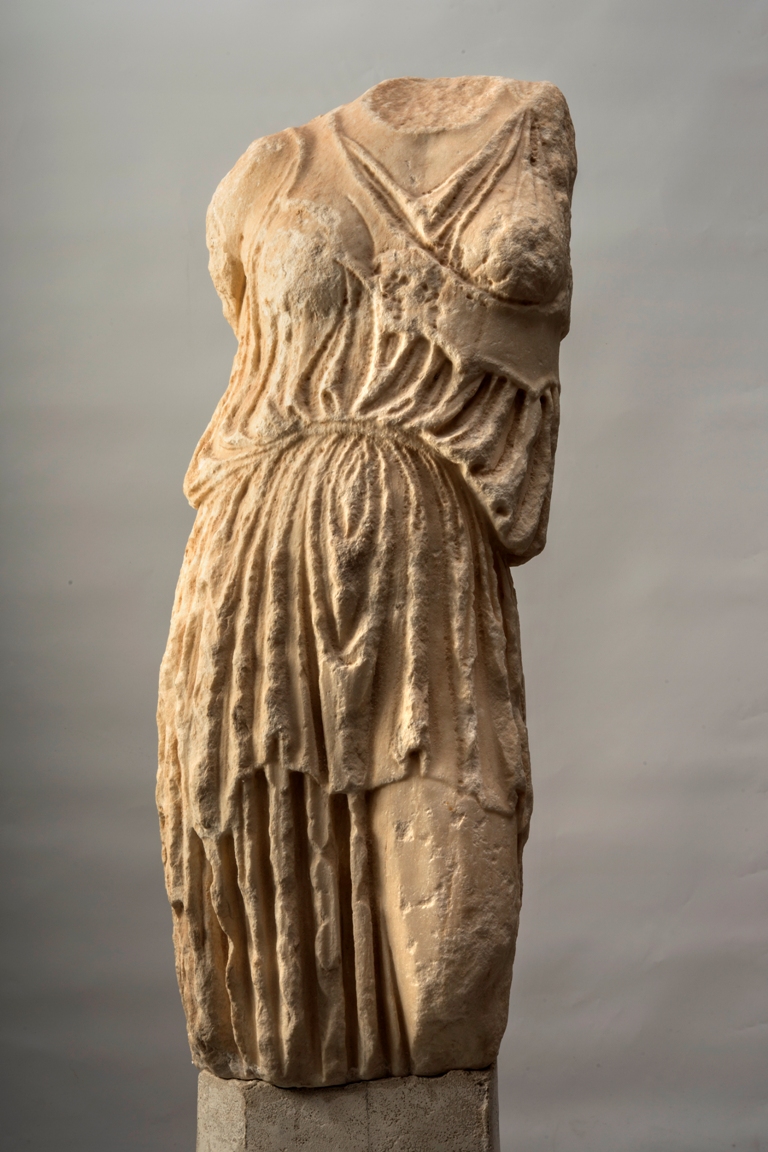 THE STATUE OF ATHENA IN SICILY

The statue of the goddess Athena has arrived in Sicily, in Palermo, directly from the Acropolis Museum in Athens and will be on display for four years at the Salinas Regional Museum, from December 2021 to the end of the year. 2025.

Entrusting this archaeological find to the Salinas Museum for four years is one of the fruits of the close cultural cooperation agreement between councillor Alberto Samonà and the Greek authorities.
On the basis of the Memorandum of Understanding signed between the two museums, the fragment of the Parthenon frieze (the so-called ‘Fagan find’) has arrived in the Greek capital. It has travelled from the Salinas Archaeological Museum to the new Acropolis Museum in Athens.

A moment, which was celebrated in the presence of Greek Prime Minister Kyriakos Mitsotakis.