THE GREAT WORKS OF JAGO

JAGO’s works look as if they have come straight out of a Renaissance artist’s studio. He is the most famous Italian artist on social media, working in the fields of sculpture, graphics and video production; his works are powerful messages disseminated through the new digital media.

JAGO’s works are inspired by the great masters of the Renaissance, but are perfectly integrated into 21st century society. The artist is famous for his ability to create works that establish a direct relationship with the public through the use of video and social networks, through which he shares the production process of his creations. 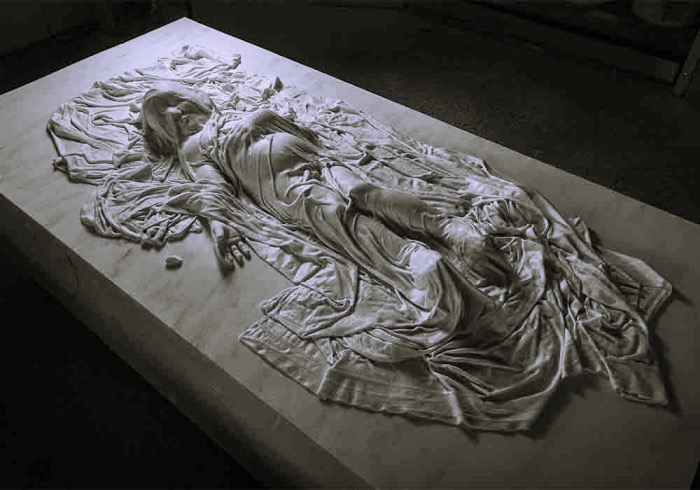 JAGO, pseudonym of Jacopo Cardillo, was born in Frosinone (Italy) in 1987, where he attended art school and then the Academy of Fine Arts, which he left in 2010. He is known worldwide as “The Social Artist” for his great communication skills and his great success on social networks.
Jago combines artistic talent with the use of contemporary media, reaching the hearts of the public who love him like a rock star. With his ability to communicate through digital media, he manages to convey his love of art.

Live streaming, photos and videos tell the story of the production process of each individual work and, thanks to this shared path, the sculptor makes everyone participate in the genesis of each of his works.

THE WORKS OF JAGO

At the age of 24, JAGO was selected to participate at the Venice Biennale, exhibiting his marble bust of Pope Benedict XVI (2009), which enabled him to receive the Pontifical Medal, presented to him by Cardinal Ravasi. This sculpture was then reworked in 2016, taking the name “Habemus Hominem” and becoming one of his most significant works.

“Habemus Hominem” depicts the stripping of the Pope Emeritus, Benedict XVI, from his vestments and was exhibited in Rome, in 2018, at the Carlo Bilotti Museum in Villa Borghese, with a record number of visitors (more than 3,500 during the opening alone).

Since 2016, the year of his first solo exhibition in Rome, he has lived and worked in Italy, China and America. He has been a lecturer at the New York Academy of Art, where he gave a masterclass and several lectures in 2018.
After an exhibition at the Armory Show in Manhattan, JAGO moved to New York and began work on ‘The Veiled Son’, a work inspired by Sanmartino’s Veiled Christ, permanently displayed in the Cappella dei Bianchi in the Church of San Severo outside the walls.

In 2019, JAGO also became the first artist to send a marble sculpture to the International Space Station for the ESA (European Space Agency) Beyond mission. The work, entitled ‘The First Baby’ and depicting the fetus of a child, returned to Earth in February 2020 in the custody of mission leader Luca Parmitano.

JAGO has received numerous national and international awards such as: the Gala de l’Art award in Monte Carlo in 2013, the Pio Catel award in 2015, the Arte Fiera Audience Award in 2017 and was also invested as Master of Stone at the 2017 MarmoMacc. 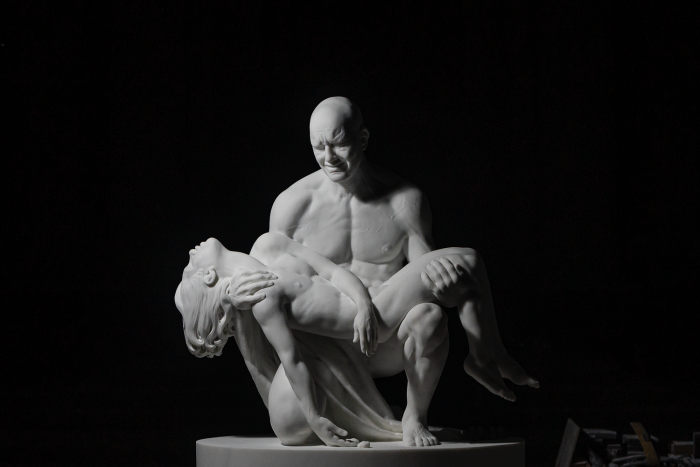 JAGO’S WORKS ON SHOW IN ROME

From 12 March to 3 July 2022, Jago’s works will be on display at Palazzo Bonaparte in Rome, in the first major exhibition dedicated to the artist.

Palazzo Bonaparte is transformed, for this occasion, into an artist’s studio because Jago is present here, during the months of the exhibition, at his future sculpture. Visitors, therefore, as well as learning about Jago’s artistic journey through his past works, have the opportunity to see him at work and admire the creative process that leads to the creation of his sculptures.

2 thoughts on “The great works of Jago”