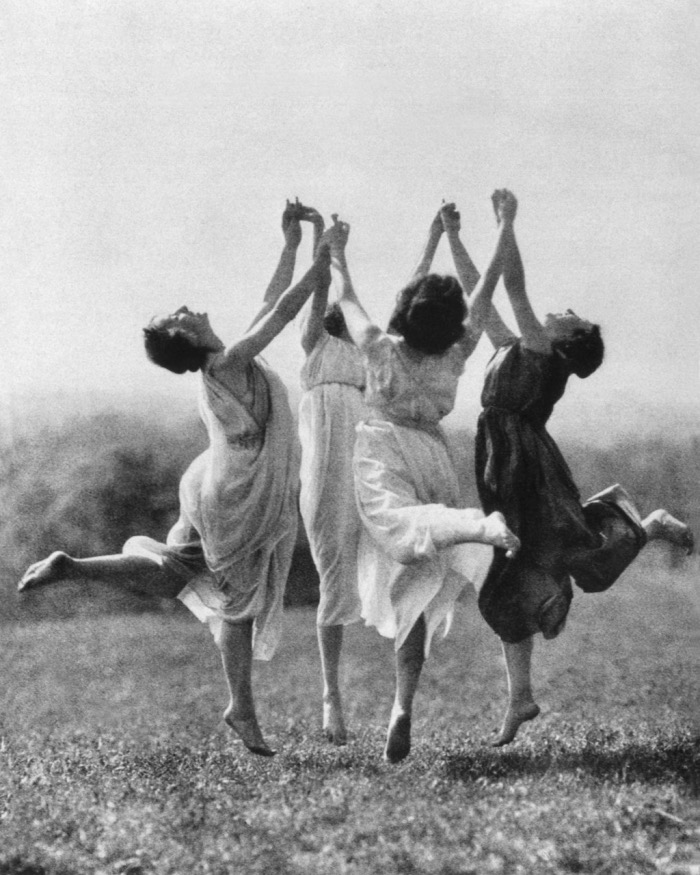 THE STORY OF MONTE VERITÀ AND THE RETURN TO NATURE

The story of Monte Verità began in the early 20th century. In just a few decades, it became a destination for artists and intellectuals who were seeking a spiritual and creative refuge and who found, among the woods and hills overlooking Lake Maggiore, a place to imagine and create a new world based on today’s themes such as the ecology of living and the ecology of the soul.

The history of Monte Verità is therefore a pioneering story in which some of the most important personalities of the 20th century found a direct and genuine contact with nature, reflecting on the need for man to build a lifestyle in harmony with the planet. 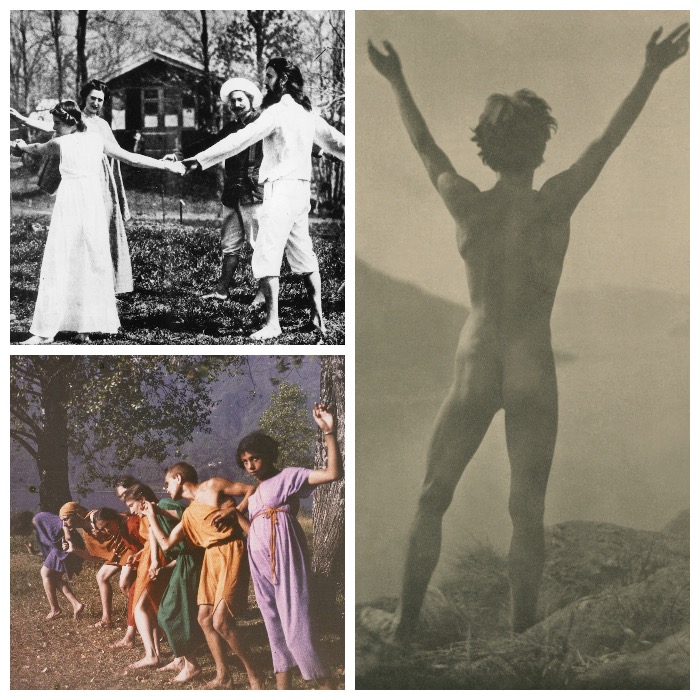 Cradle of an existence based on primitive rhythms, the story of Monte Verità tells how this place became the laboratory of a new culture, born in response to bourgeois conformism and dominant thought, which attracted thinkers and anarchists, philosophers and theosophers, men of letters, artists and architects from every nation to Switzerland, to the Canton of Ticino.

All the intellectuals and those who flocked to Monte Verità were welcomed into a sun-kissed land and adhered to a model of community life promoted by the German “Lebensreform,” (life reform) movement.

WHEN AND WHY THE STORY OF MONTE VERITÀ BEGINS

In just a few decades, Monte Verità has become a mythical place where utopian communities were born here and whose fascination still radiates today. It was
here that leading figures in the artistic culture of the early decades of the 20th century, such as Laban and Isadora Duncan, Jean Arp, Paul Klee, as well as writers and philosophers such as Hesse and Jung,
found spiritual and creative refuge.

All the personalities who flocked to the shores of Lake Maggiore, attracted by Monte Verità, were fleeing from the horrors of two world wars and the increasingly evident destruction of the harmony between man and nature.
The history of Monte Verità would
probably have been different if Switzerland had not been neutral towards wars, making it a land of refuge.
This characteristic, combined with the charm of the natural landscape of these places, has turned Monte Verità into a hill of utopia.

The community of artists, creatives and free thinkers that is created on Monte Verità intertwines romantic sentiments and anarchy, philosophy of nature and sacred science.
Here they discuss terms such as “vegetarianism”, “pacifism” and “sustainability”, looking for ways to put them into practice, which, many decades later, have become highly topical, making the Monte Verità experience seem pioneering and visionary.
Monte Verità is today a reference point for those who are not content with the political inertia and cynicism of the global economy, reaffirming the need to facilitate the creation of cultural, social and political
laboratories, in the wake of a humanist tradition that sees art as responsible for change.

WHICH PERSONALITIES FLOCKED TO MOUNT VERITÀ

The history of Monte Verità is a hundred years old and intertwines the destinies of the intellectuals and masters of the 20th century. From the anarchist Bakunin to the Hungarian choreographer Rudolf von Laban, from the anarchic-communist theorist Pyotr Kropotkin to the Dadaist Hugo Ball, from the dancer Isadora Duncan to the great writer Hermann Hesse. Monte Verità also attracted the Bauhaus architect Walter Gropius, the artists Hans Arp and Paul Klee, Carl Gustav Jung and the curator Harald Szeemann who, bewitched by the history of the place, dedicated an exhibition to it in 1978 with the emblematic title “Monte Verità. The Breasts of Truth”, which was organised in various locations throughout Europe.

Born from the ribs of 19th century romanticism and anarchism, the vocation of those who flocked to Monte Verità represents the first real historical reaction to the harmful achievements of modernity.
Everything was critically analysed: the technological and scientific progress that led to industrialisation and urbanisation, individualism and exploitation of natural resources, social gaps, repression of different opinions and militarism.

Against the backdrop of metropolitan development, the sudden loss of a direct relationship with nature had produced that long literature of escape, made tragic and epic in the pages of Joseph Conrad and Jack London, Henry David Thoreau’s “Life in the Woods” and the paintings of the Nabis.
The so-called “wilderness” of American tradition found in Monte Verità an extraordinarily important counterpart, the precursor of a contemporary sensibility, of a critical reasoning anticipating the most recent tensions between globalised capitalism and nationalism.

The dream of a new world in pastoral harmony is rooted in the myth of the ‘good savage’ and mixed with the themes disseminated by Paul Signac and Camille Pissarro through their works. Artists on Monte Verità, from Segal to Arp, have nourished themselves on the same utopia, ferrying it towards new forms, which have led them from naturalism to the abstract.

Vegan diet, heliotherapy and nudism, gymnastics, dance and meditation were the daily practices of a community that also inspired Mario Martone’s well-known 2018 film, “Capri-Revolution”, testifying to a widespread interest still today in the radical episodes of anarchist experiences as a social utopia, a pacifist and libertarian dream made possible by a “reform of life” that starts precisely from the regeneration of body and spirit.

The history of Monte Verità has found in art and dance one of the most practised artistic expressions thanks to the school that Laban created right on the banks of the Pago Maggiore and who, joined by Mary Wigman, the Duncan and the Gothic-Egyptian dancer Charlotte Bara, built his theatre on the slopes of Monte Verità, entrusting its construction to another architect with Bauhaus manners Carl Weidemeyer.

Another important personality linked to Monte Verità is Luigi Pericle, a multifaceted artist who, after his success as an illustrator and painter, chose this place to devote himself entirely to study and artistic research.
This is an artist whose recent rediscovery has attracted the attention of the world thanks to the first retrospective organised in Venice and an exhibition Luigi Pericle. Ad astra at MASILugano. 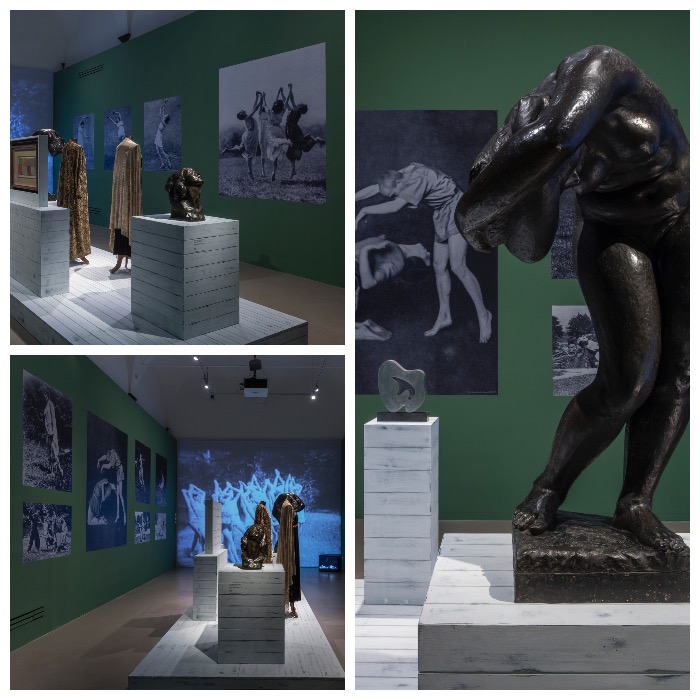 The Museo Novecento in Florence, in collaboration with the Fondazione Monte Verità (Ascona, Canton Ticino), presents the exhibition “Monte Verità. Back to nature”, dedicated to the famous hill of utopia, its founders and the illustrious guests who saw in those places, far from the drama of wars and also from the ideological clash between capitalism and communism, a space to reflect and exchange ideas and opinions on a possible world.

Curated by the director of the Museo Novecento Sergio Risaliti, with Nicoletta Mongini and Chiara Gatti and organised by MUS.E, the project retraces the centenary experience of Monte Verità that intertwines the destinies of 20th century intellectuals and masters.

The exhibition is enriched by a book-catalogue devoted to Monte Verità and its history, from its origins to Szeemann’s exhibition, with texts by Sergio Risaliti, Nicoletta Mongini, Chiara Gatti, Luca Scarlini and Riccardo Bernardini as well as an iconographic apparatus including numerous historical images, reconstructions, projects and a record of all the personalities who, over the course of a hundred years, have inhabited, populated, animated, described, known, studied or even just caressed what the great architect Mario Botta has described as “the laboratory of one of the most radical artistic and social utopias of the age”.