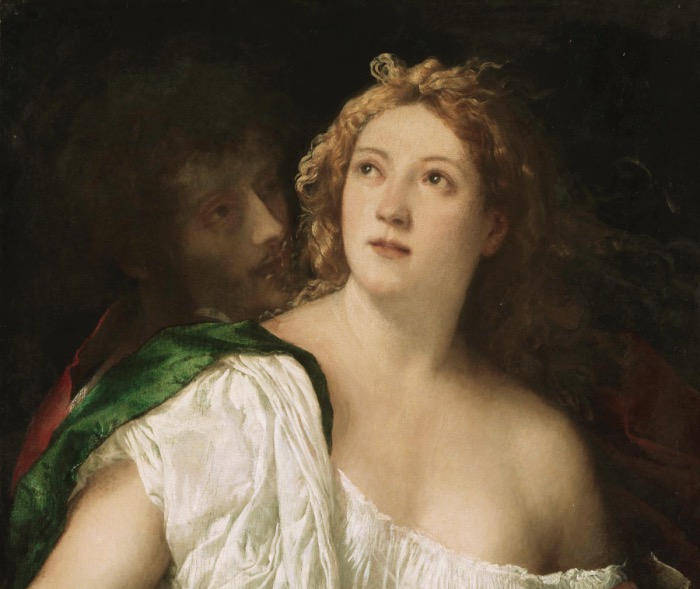 Titian’s women appear sensual and elegant.
In his numerous portraits, they seem to belong to the more affluent strata of society and appear strong and confident.
Was this really the case? 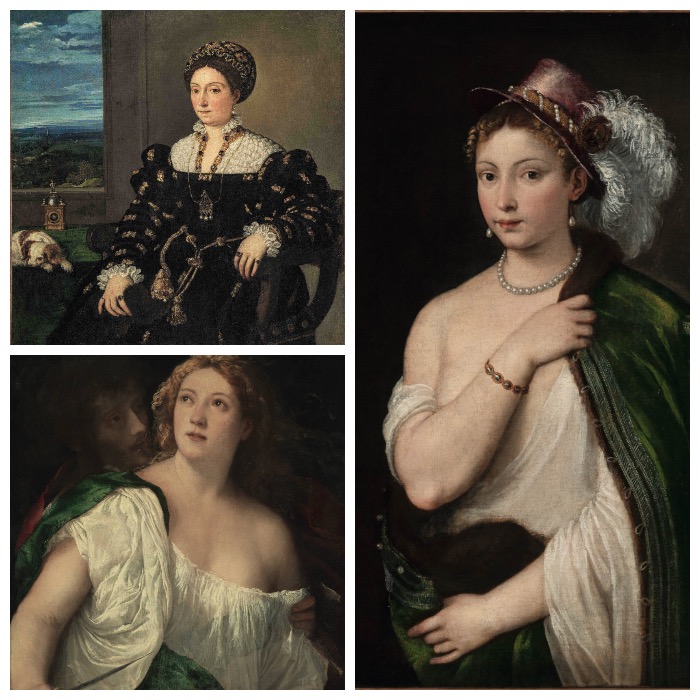 The dominant role of women in 16th-century Venetian painting is unparalleled in the history of European culture.
Starting with Titian’s women, portrayed throughout the artist’s career, it is possible to understand the image and role of women in the 16th century.
From “Venetian beauties” to heroines, from saints to allegories, Titian represented women in different ways, providing us with an insight into the role of women in society.

Rona Goffen‘s book ‘Titian’s Women‘, published in 1997, is one of the first to point out an aspect that few have yet focused on, despite the fact that there is no lack of studies focusing on the female universe in the Venetian Renaissance.

In Venice, in the 16th century, the image of women took on a unique role and an importance never seen before in the history of painting.

Titian’s women appear sensual and are portrayed in such a way as to appear strong and confident.
These images actually describe the role of women in 16th century Venice and also the consideration that society had for them, which was predominantly dominated by male figures.

Venetian women exercised uncommon rights, such as continuing to dispose of their dowry and being able to distribute it among their children after the death of their husband.
Women were not allowed to participate in political or financial life, but played an important role in presenting the public ceremonial image of the rich and powerful Serenissima Republic.

Moreover, in the 16th century, there was great enthusiasm for the female characters celebrated in literature. One
thinks, for example, of the renewed enthusiasm for Petrarch’s
‘Canzoniere‘, Jacopo Sannazzaro’s ‘Arcadia‘ and Ariosto’s ‘Orlando Furioso‘ by important literary figures such as Pietro Aretino, Pietro Bembo, Giovanni Della Casa, Sperone Speroni and Baldassarre Castiglione.
In their writings, men of letters and poets increasingly
focus on women and their vital role in the family and in the continuity of mankind.

Another important element is the belief in the power of love, which is credited with strengthening marriage and ensuring good-looking, intelligent and happy children.
Thus, the appearance of a loved and desired woman began to gain in importance during the Renaissance.

All this attention to the female universe inspired the most educated women of the time to participate, with their writings, in the discussions that arose around the famous ‘querelle des femmes’, which constituted the most important ‘proto-feminist’ movement before the French Revolution.

Women like Moderata Fonte with her strikingly modern dialogue ‘The Merit of Women’, and then Lucrezia Marinelli with her speech on ‘The Nobility and Excellence of Women’ question the superiority of men.

WHO ARE TITIAN’S WOMEN

In Venice, it is Titian who places the female figure at the centre of his works.

Grace, sweetness, power of seduction, innate elegance are the fundamental components of the female images of the Venetian School, which sees in Titian the undisputed protagonist, thanks to him the artistic scenario of the time changes completely.

For Titian, artistic beauty corresponds to feminine beauty: less interested in the canon of external beauty than in a woman’s personality and femininity as such, he manages never to diminish her dignity, regardless of context, narrative or representation.
Observing the female portraits by Titian and the other 16th-century artists, we can divide the representations into a few specific categories of women: the ‘beautiful Venetians’, the courtesans, the heroines, the mythological figures.

They are real or presumed real women, portrayed in half-length and strongly idealised.
Thanks to the in-depth study of fundamental texts such as Giovanni Bonifacio
‘s “L’arte de’ cenni” (1616), a sort of encyclopaedia of gestures, these women are no longer seen as courtesans but as brides.
With often low-cut dresses, where showing the breasts is not a symbol of sexual recklessness, but, on the contrary, signifies the opening of the heart, an attitude of sincerity and truth, a consensual act of the woman towards the groom to seal the marriage.

Titian’s women replaced royal portraits of women of the patrician or bourgeois classes, which were not particularly popular with the Venetian system of government that rejected the cult of the individual personality.
When Titian does portray royal women, in fact, they are non-Venetian figures, such as Isabella d’Este, Marchioness of Mantua, or her daughter Eleonora Gonzaga, Duchess of Urbino.

They are the mistresses, but they are also often the learned women and, in fact, some of them became famous for their writings, such as Veronica Franco, who in a letter even thanks Tintoretto for portraying her.
However, to this day there are very few portraits that can be confidently identified with the courtesans of the time.

There is Lucretia, Judith or Susanna representing honour, chastity, courage and sacrifice, but there is also Mary Magdalene often represented in her spiritual phase of penance.

There is Venus rising from the sea but also the personification of Venice.
In all of Titian’s women there are the many and varied qualities that belong to the female universe, which is identified with the ability to govern the power of Nature, dominate instincts and guide humanity.
The Venus of Urbino is one of the masterpieces already representative of this particular type of woman.

Here are some of the most important paintings in which to admire Titian’s women. 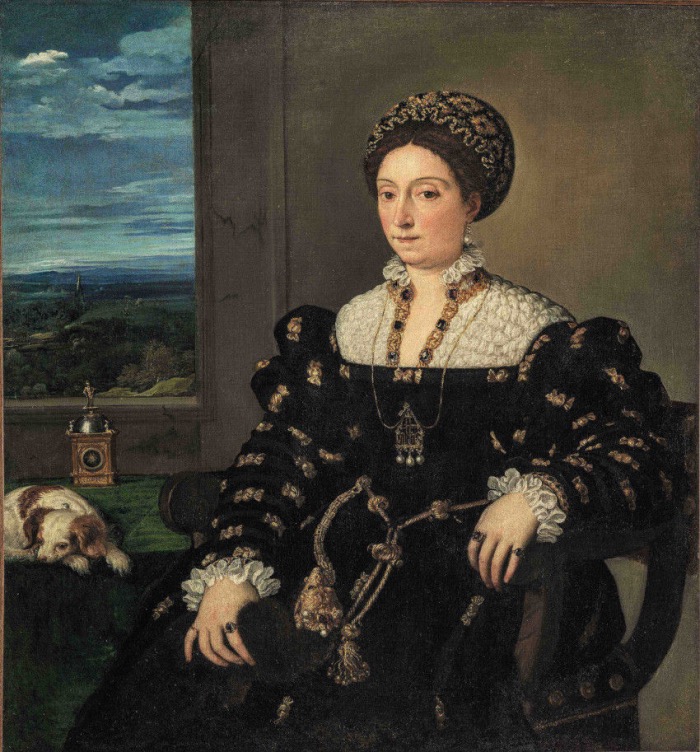 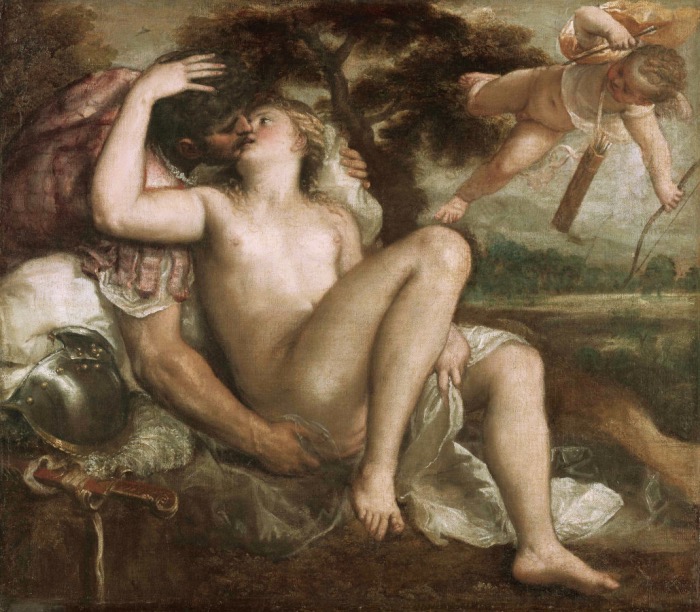 Lucretia and her husband (c. 1515) from Vienna Kunsthistorisches Museum 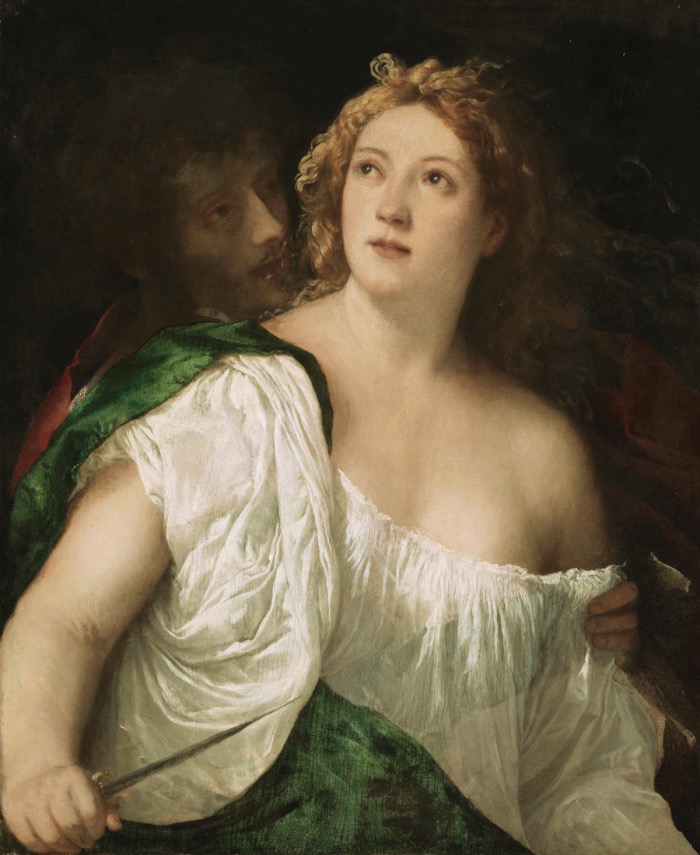 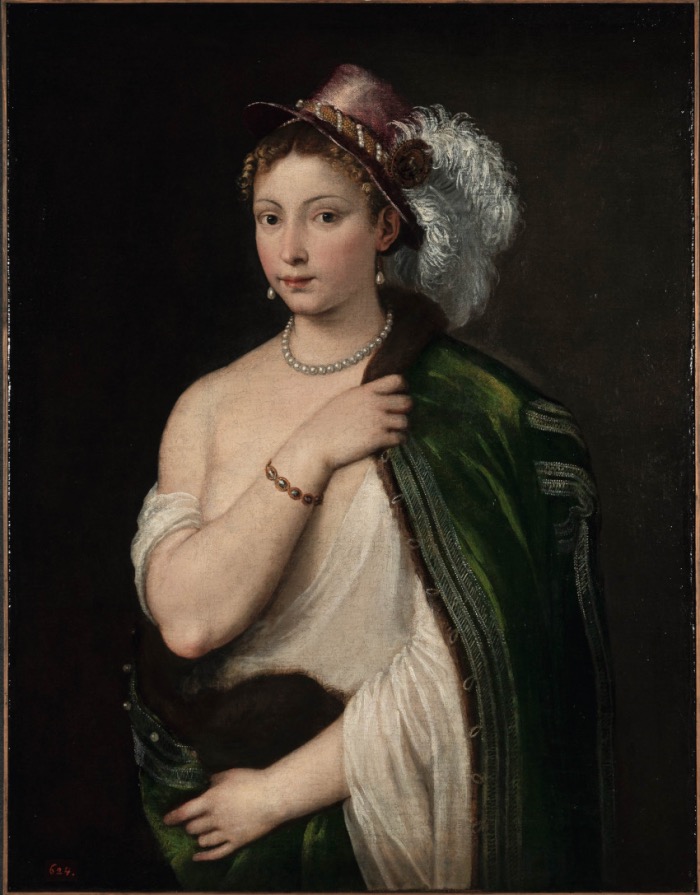 WOMEN IN THE 16TH CENTURY IN VENICE: PORTRAITS BY OTHER ARTISTS 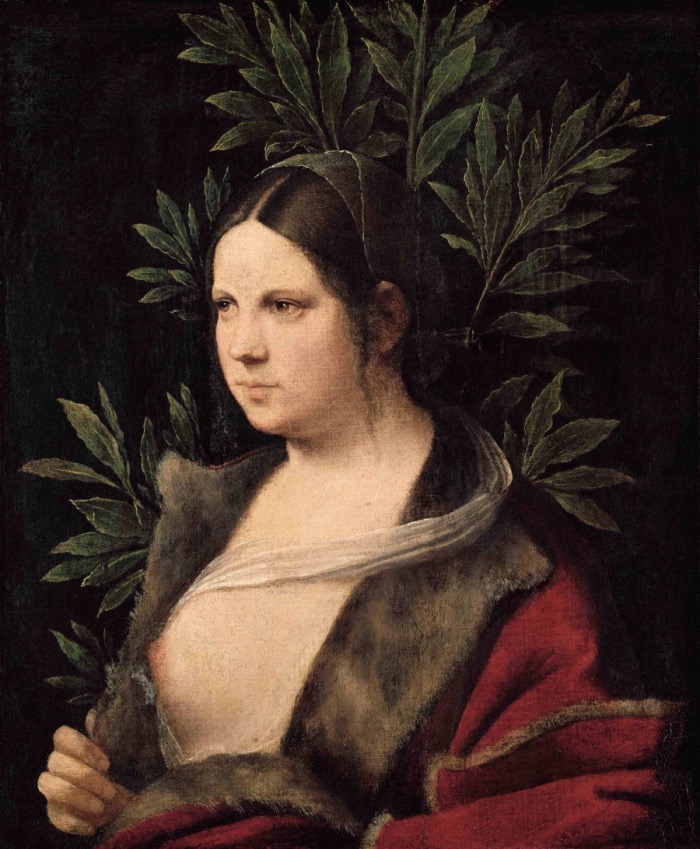 By Tintoretto: Susanna and the Old Men (1555-1556), from Vienna, Kunsthistorisches Museum

By Palma the Elder: the two magnificent paintings Young Woman in a Blue Dress and Young Woman in a Green Dress (post-1514) and Nymphs at the Bath (1525-1528) from the Kunsthistorisches Musem.

THE EXHIBITION OF TITIAN’S FEMALE PORTRAITS

Palazzo Reale dedicates a major exhibition to the image of women in the 16th century in the paintings of the great master Titian and his famous contemporaries such as Giorgione, Lotto, Palma il Vecchio, Veronese and Tintoretto.

Over a hundred works are on display, including 47 paintings, 16 by Titian, many on loan from the Kunsthistorisches Museum in Vienna, plus sculptures, applied art objects such as jewellery, a tribute creation by Roberto Capucci to Isabella d’Este (1994), books and graphics.